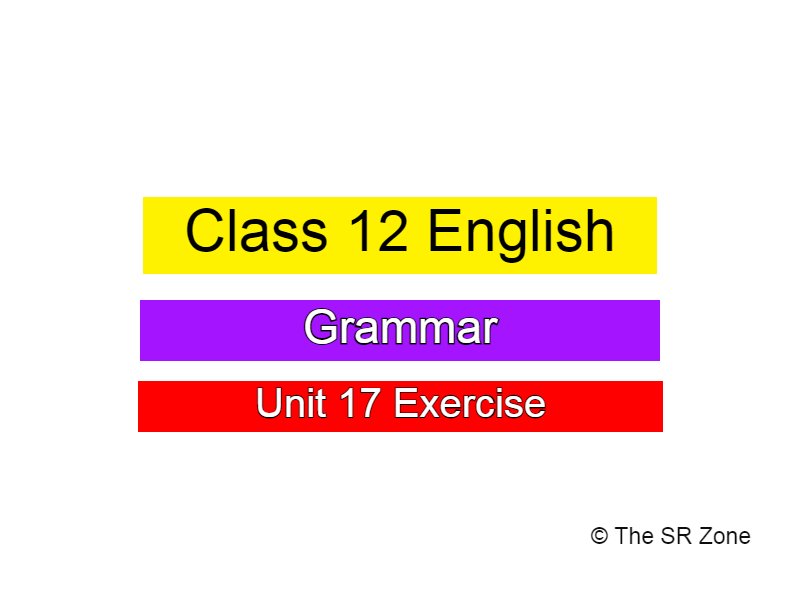 When referring to events that took place before this particular instant, i.e., before the current time, the simple past tense is the most appropriate verb tense to employ. The past tense may refer to events that took place very recently or very long ago (for example, many decades ago) (e.g., just a few seconds ago).
The past tense is used to talk about things that already happened or things that happened in the past. In English, when we want to talk about an action that started and ended in the past, we usually add "ed" to the end of the word. For example, "I dreamed" or "I walked" become "I dreamed" or "I walked," respectively.

B. Here is an extract from a newspaper article about a missing boy

(Ronish) and his father (Naresh). Decide why different forms of past tenses were used.

The given extract uses different forms of past tenses because the sentences are written in the form of a report or a story. So, the Past simple passive tense is used.

C. Fill in the gaps with the suitable form of the verb in the brackets. Use past simple/past continuous/past perfect tenses. You may need to use negative too.

It was Sunday afternoon. I was watching (watch) a cookery programme on TV when I realized (realize) how hungry I was. But of course, I was hungry; I hadn't eaten (eat) anything since lunch, and I had run (run) a race in the morning. "Biscuits!" I thought (think). My mother had given (give me a jar of delicious home-made biscuits. I went (go) into the kitchen, opened (open) the fridge and poured (pour) some milk in a big glass. Then I looked (look) for the kitchen chair but it wasn't (be) there: somebody had taken (take) it away. And there were no biscuits in the biscuit jar: somebody had eaten (eat) them all! I was sure I had put (put) the jar there the previous day and I had eaten (eat) only one cookie. It was very strange. A few minutes later, I was drinking (drink) my glass of milk when I heard (hear) a loud noise coming from the dining room. I went (go) there quickly and I opened (open) the door. I couldn't believe my eyes. An enormous monkey was eating (eat) the biscuits excitedly on the kitchen chair.

Example: Did you ever see her before you met her at school?

Have you ever seen her before you met her at school?

a. She played the flute and then she had sung in-their choir.

She had played the flute and then she had sung in their choir.

b. I borrowed Rima's car. Had you known about it?

I had borrowed Rima's car. Have you heard about it?

C. After the lesson had finished, we run out of school.

After the lesson had finished, we ran out of school.

Have you been there? Yes, the previous year.

e. Did you liked my article published in the Himalayan Times yesterday?

Did you like my article published in the Himalayan Times yesterday?

f. I recognized him because I saw him before.

I recognized him because I had seen him before.

g. I hadn't gone out because I hadn't finished my homework.

I didn't go out because I hadn't finished my homework.

h. We had done nothing like this at that time.

i. It was quite difficult. I had had no idea what to do.

It had been quite difficult. I had no idea what to do.

j. As far as I'd known, she had always had some pets.

As far as I knew, she had always had some pets.

k. When I met Jim, he was already a soldier for three years.

When I met Jim, he had already been a soldier for three years.

I. He had gone to the coffee because somebody had told him.

He went to the coffee because somebody had told him.