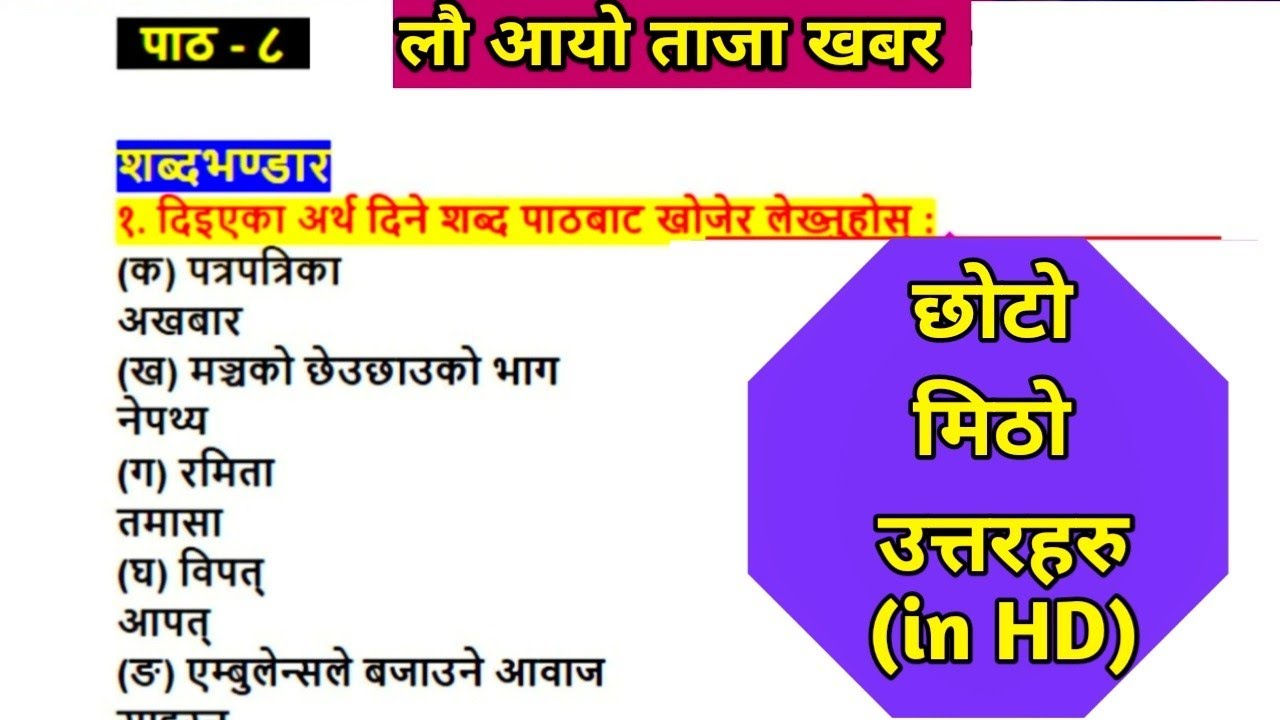 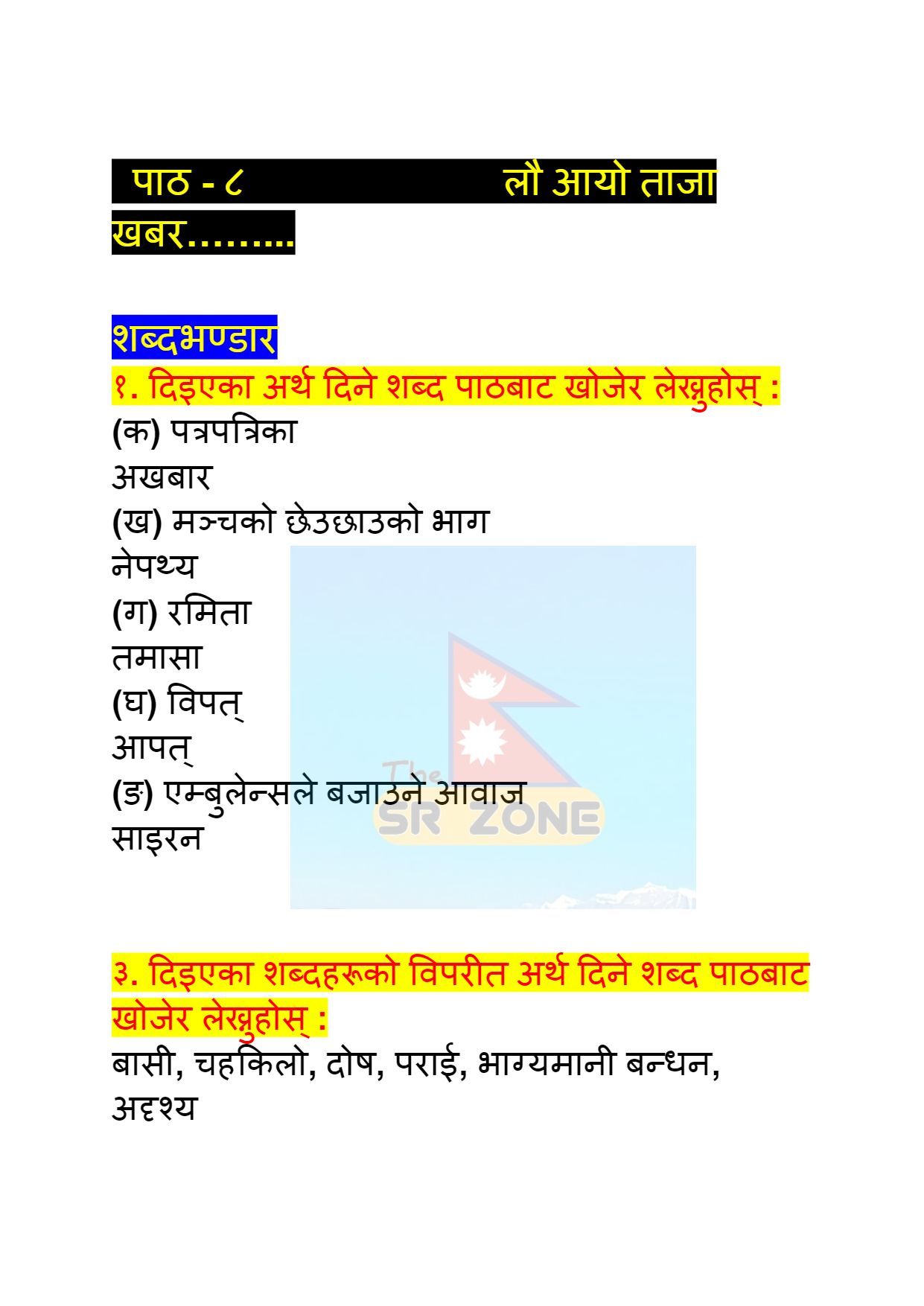 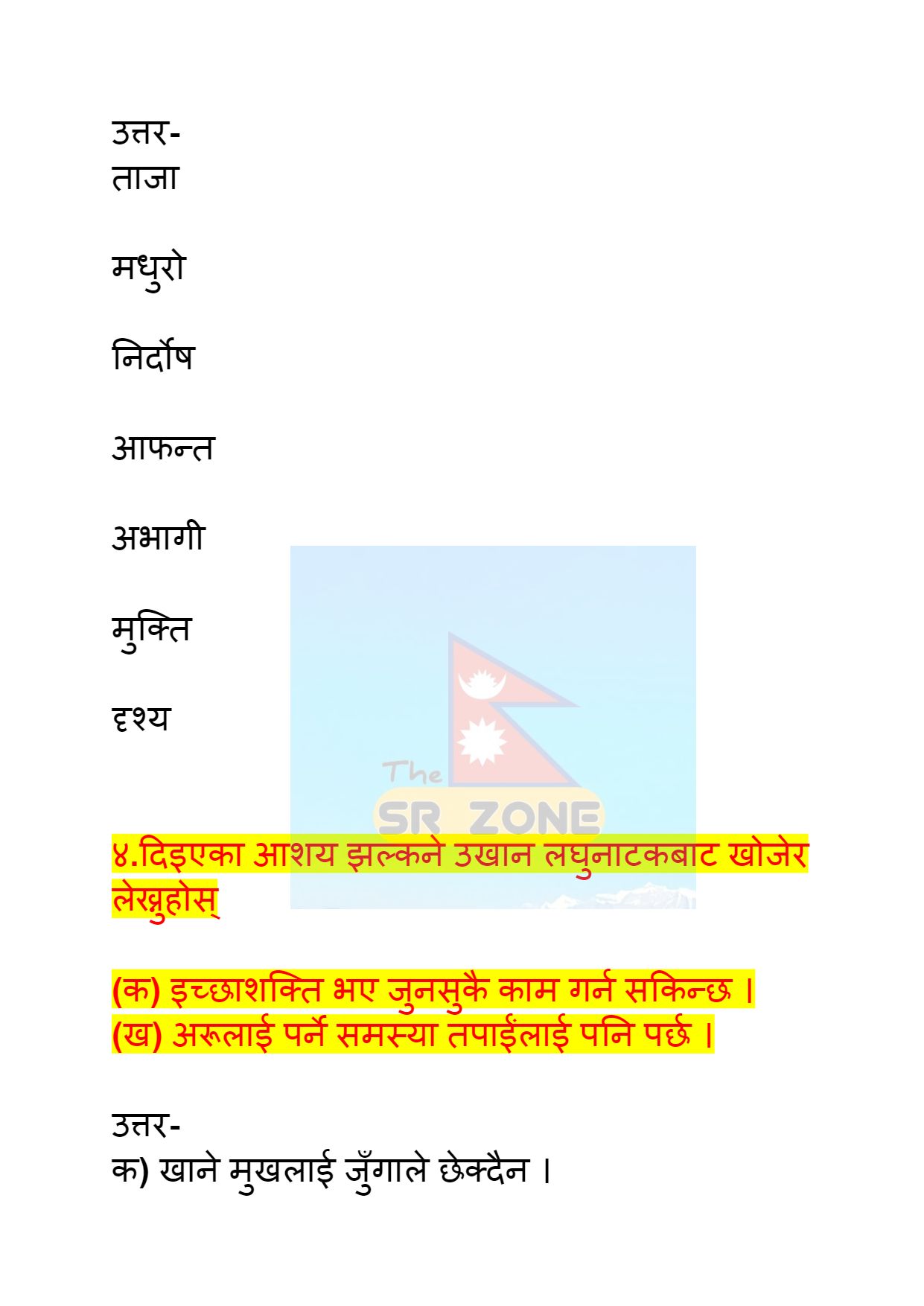 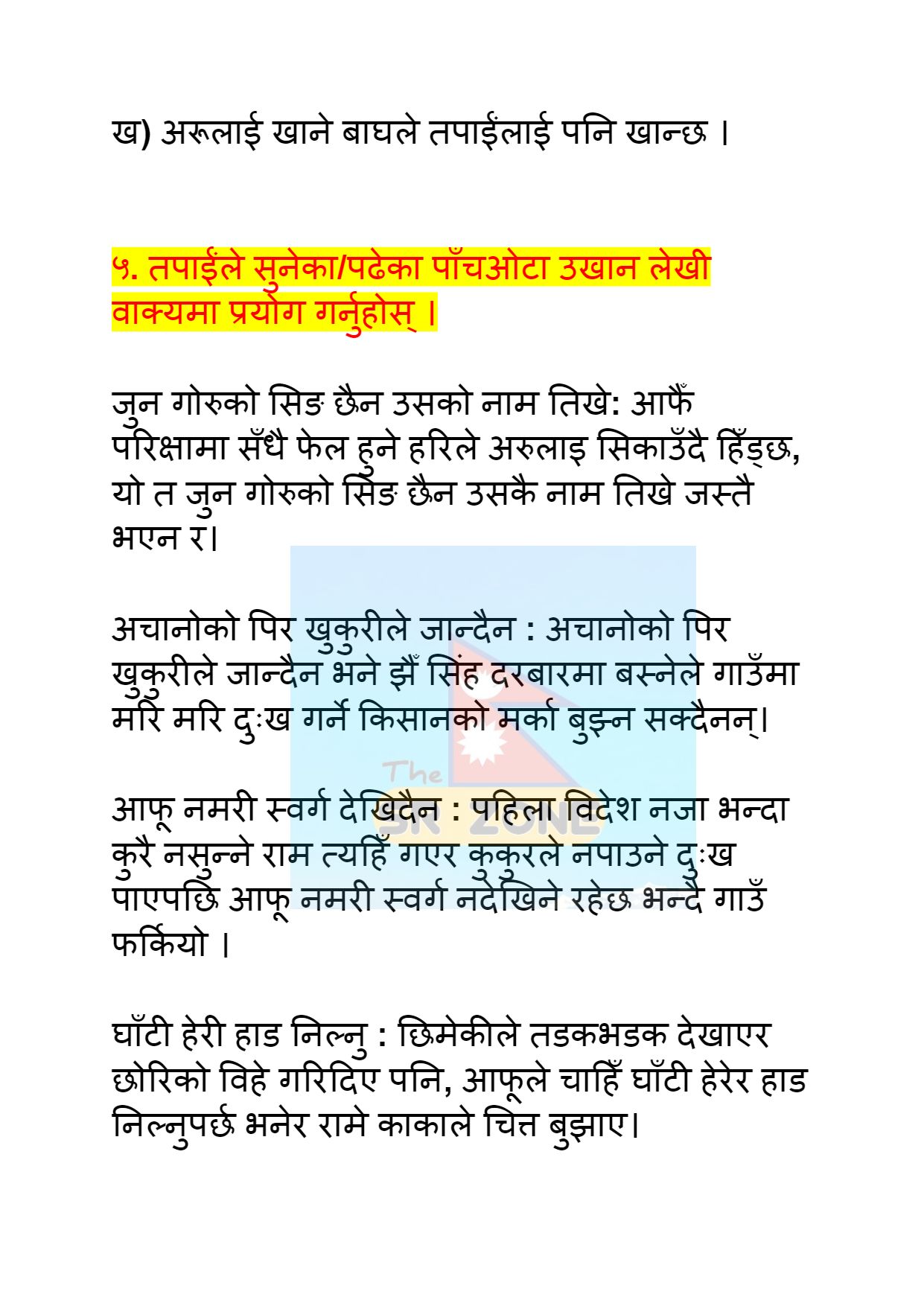 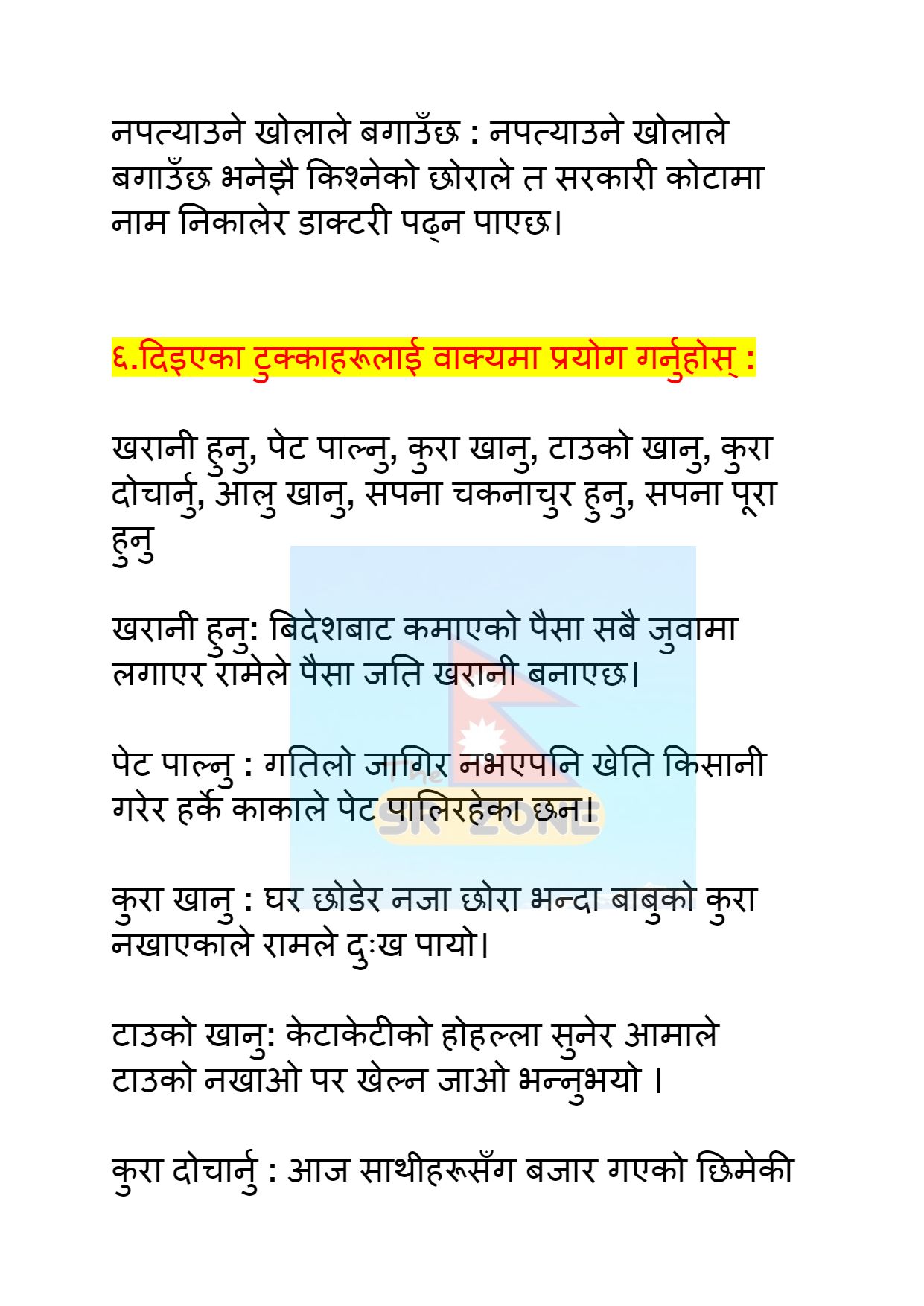 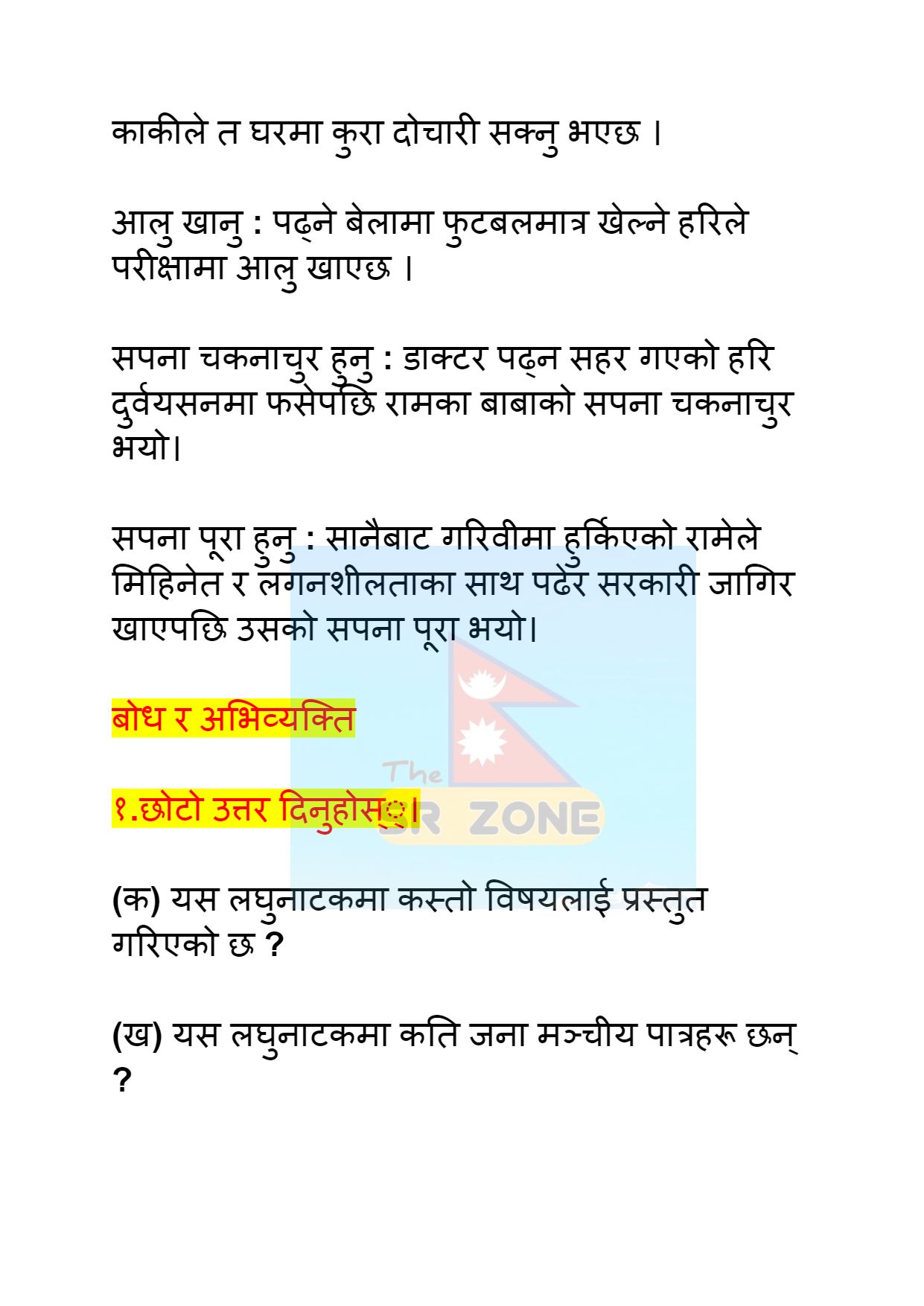 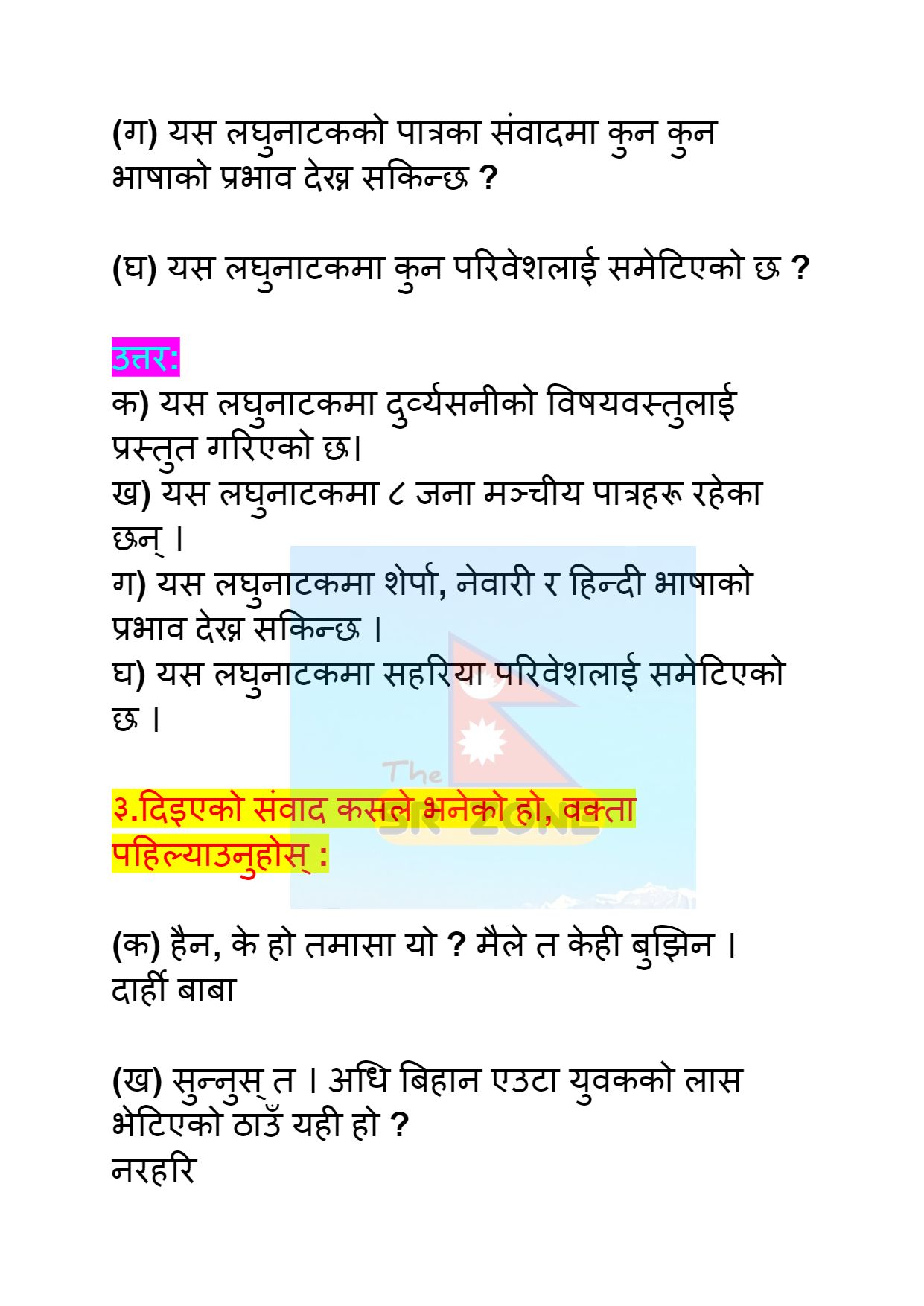 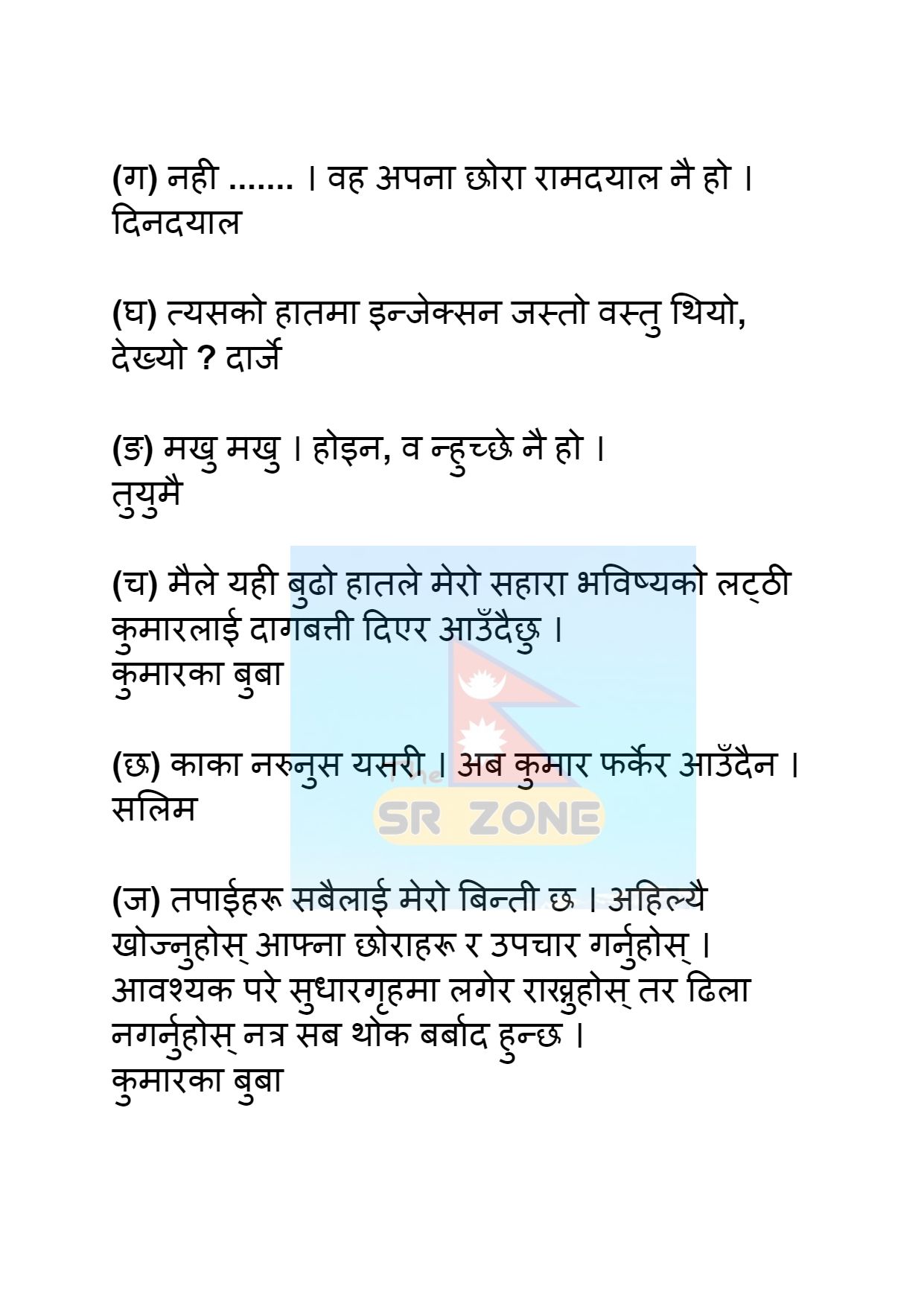 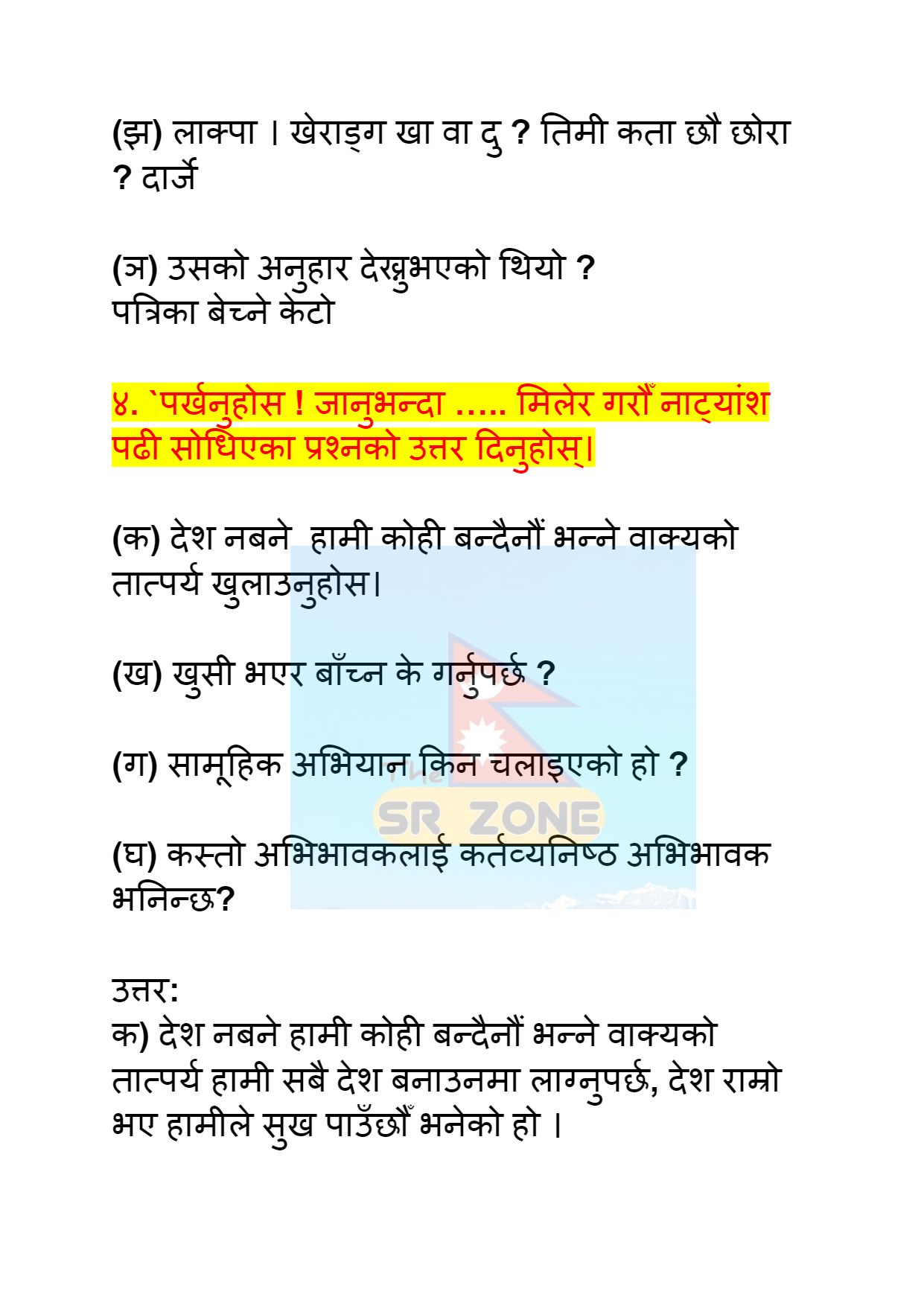 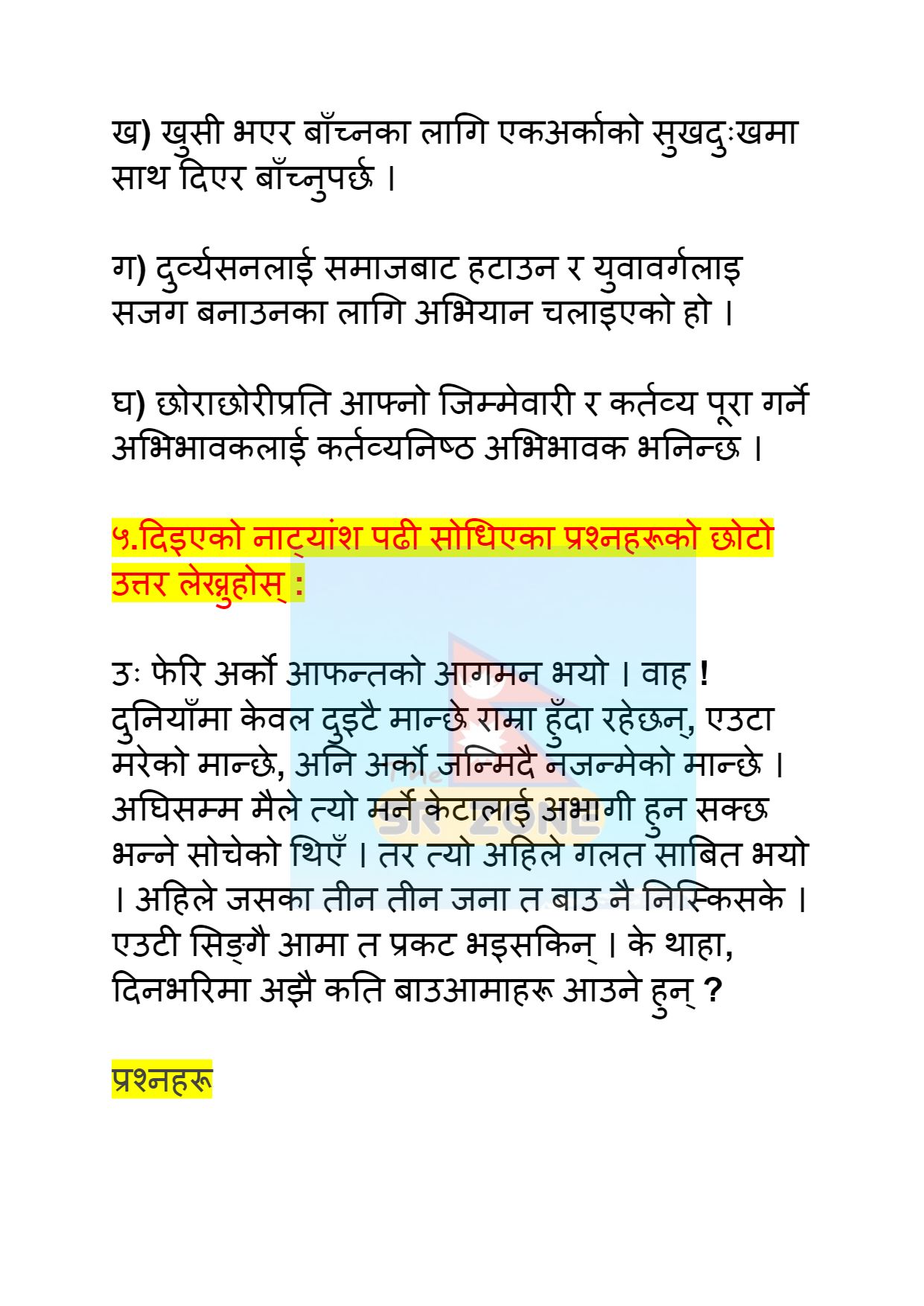 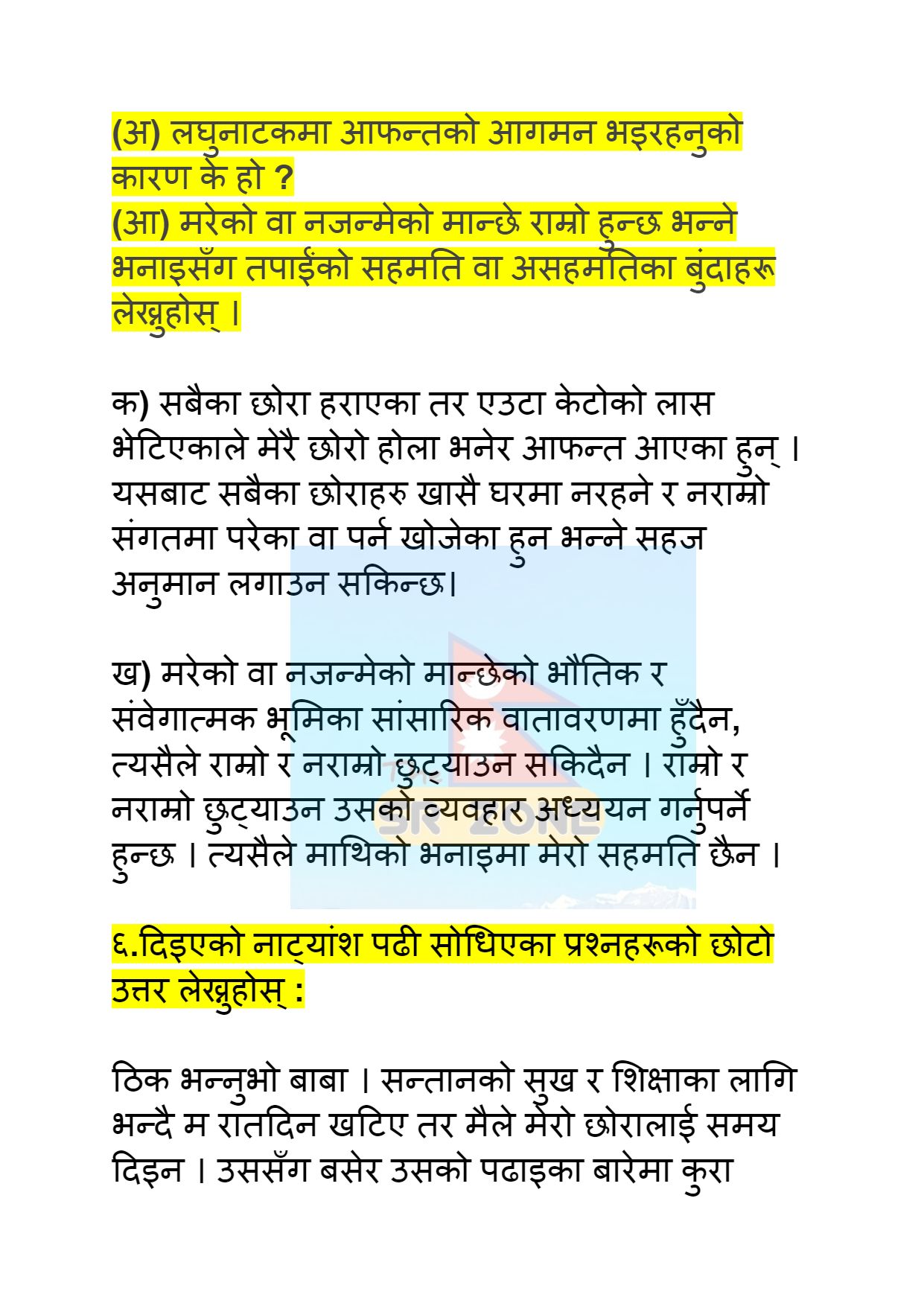 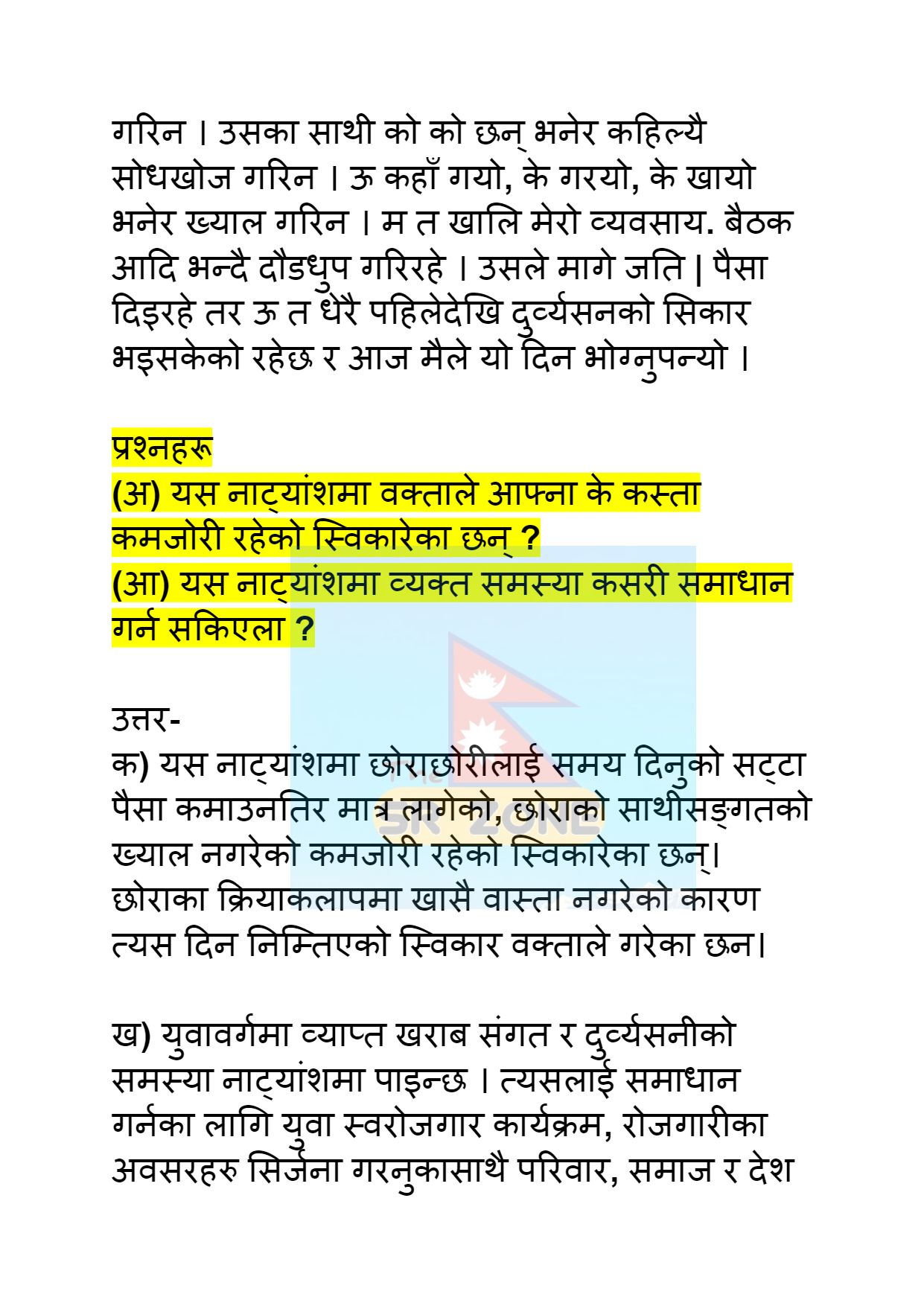 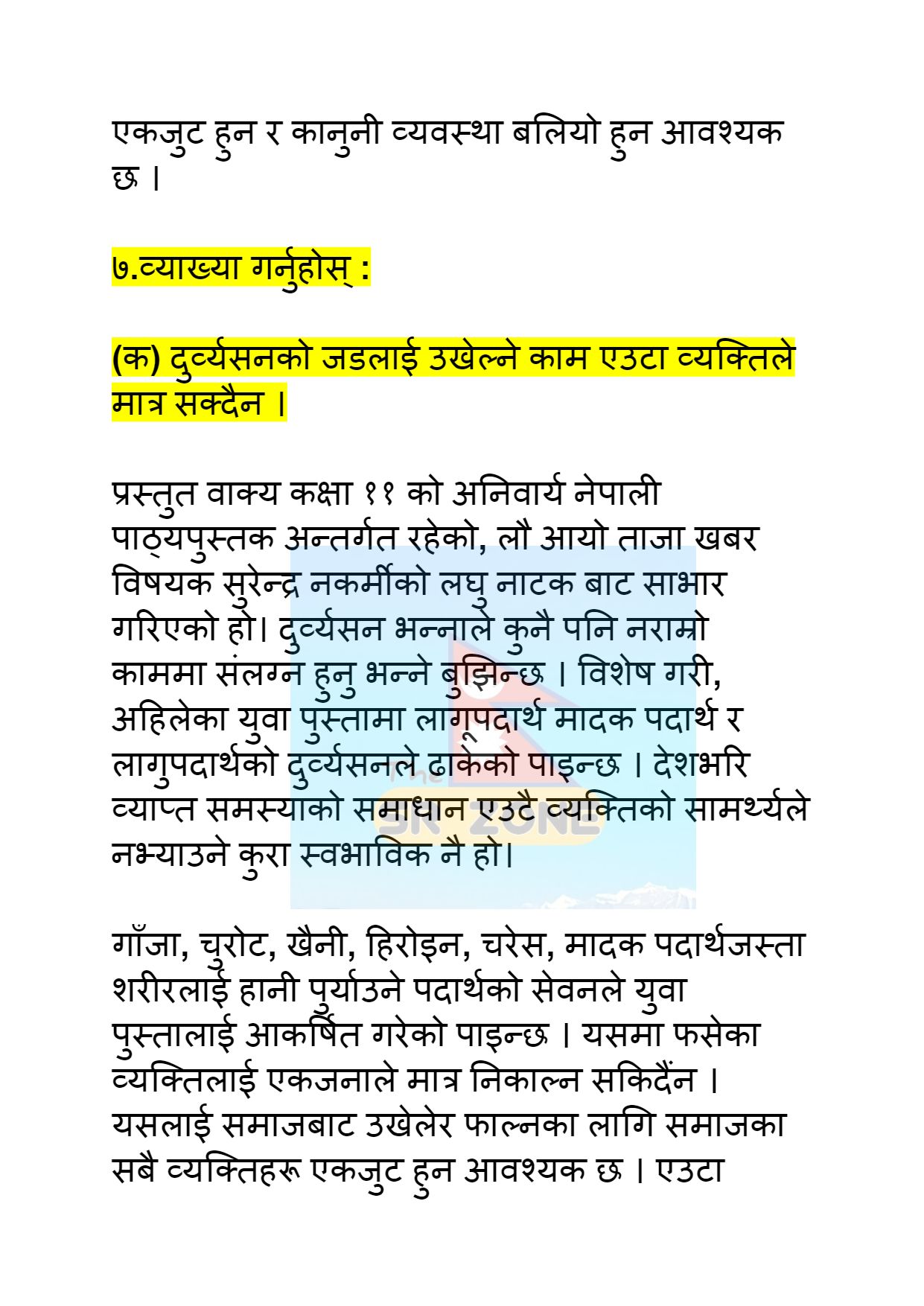 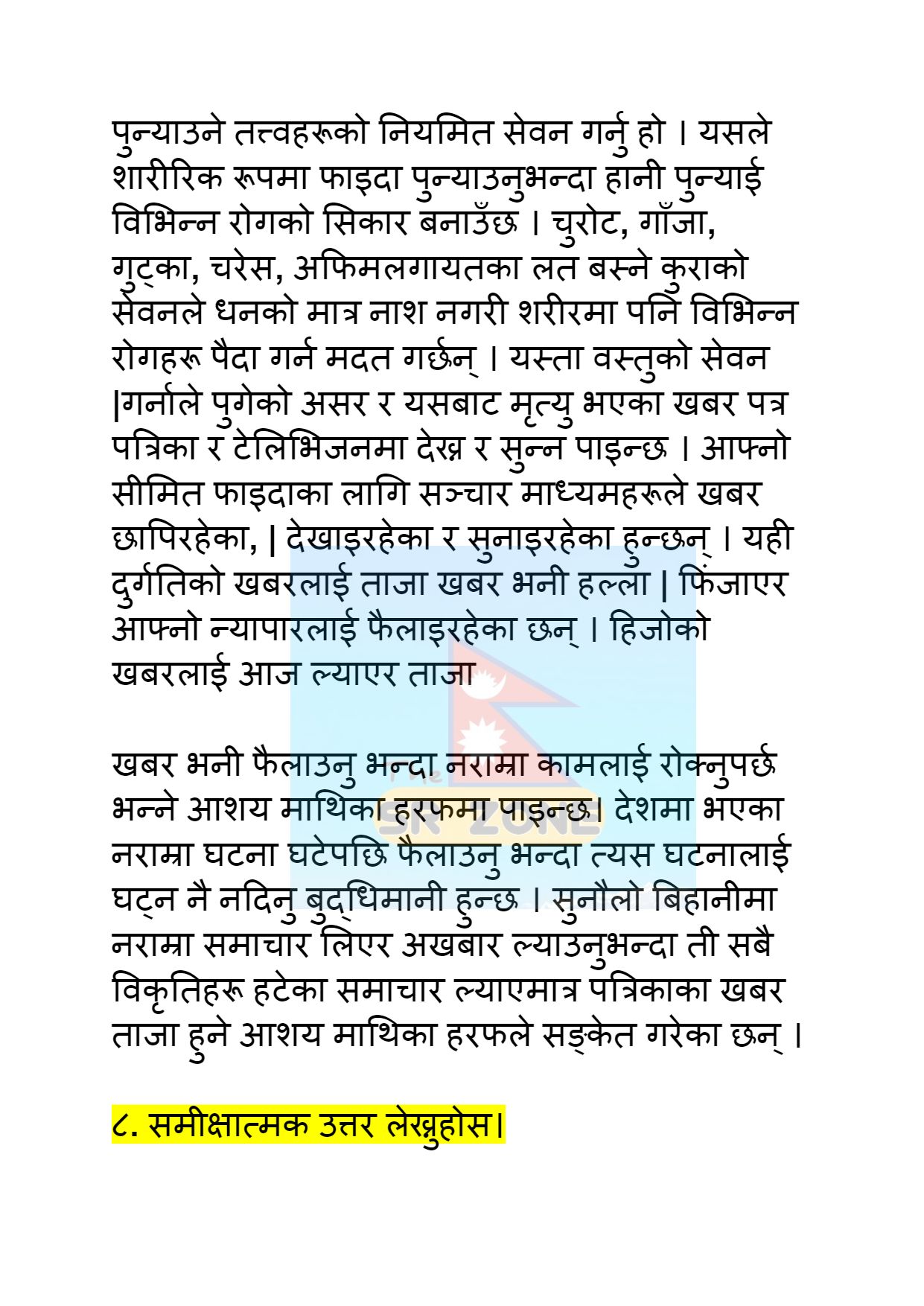 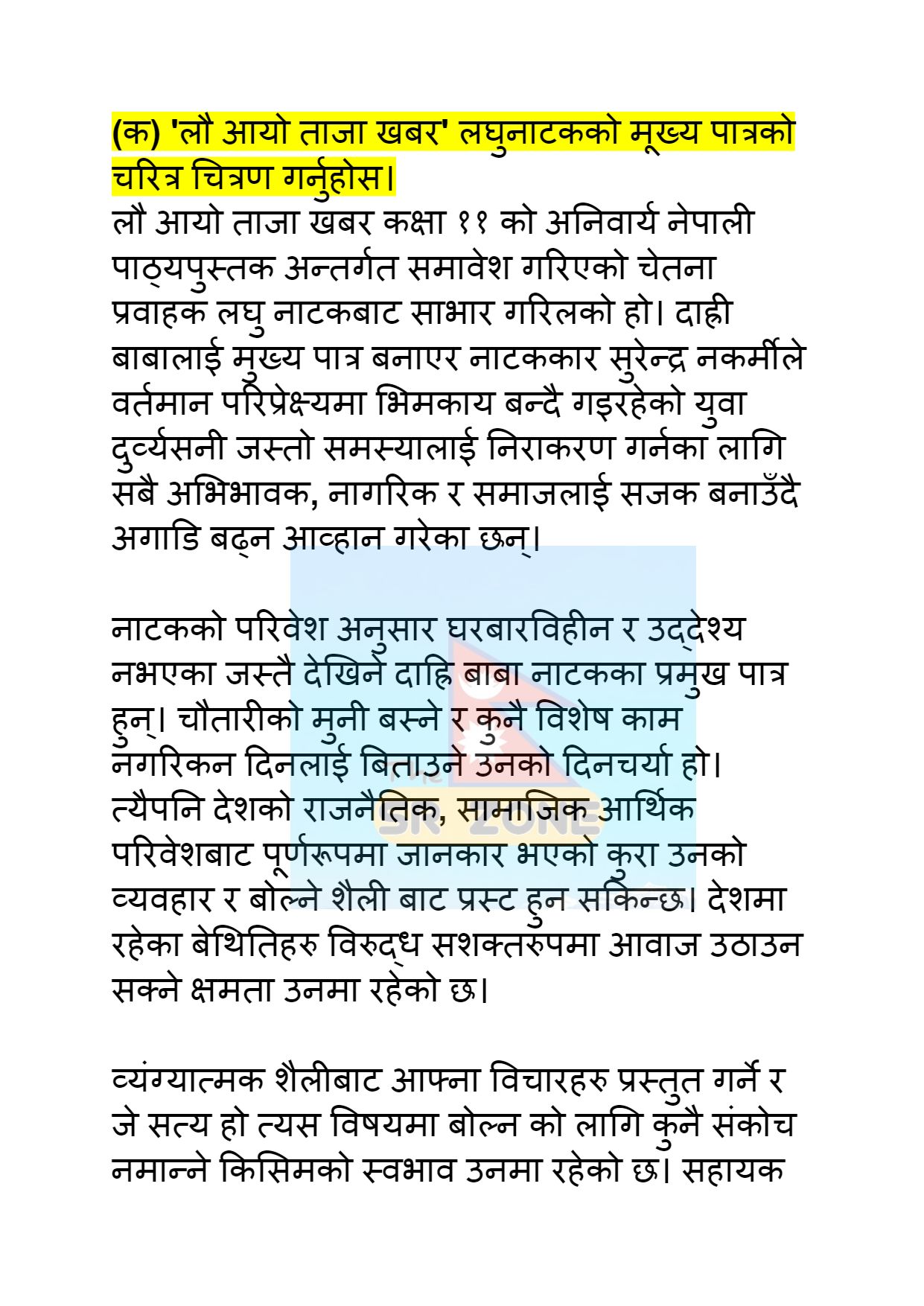 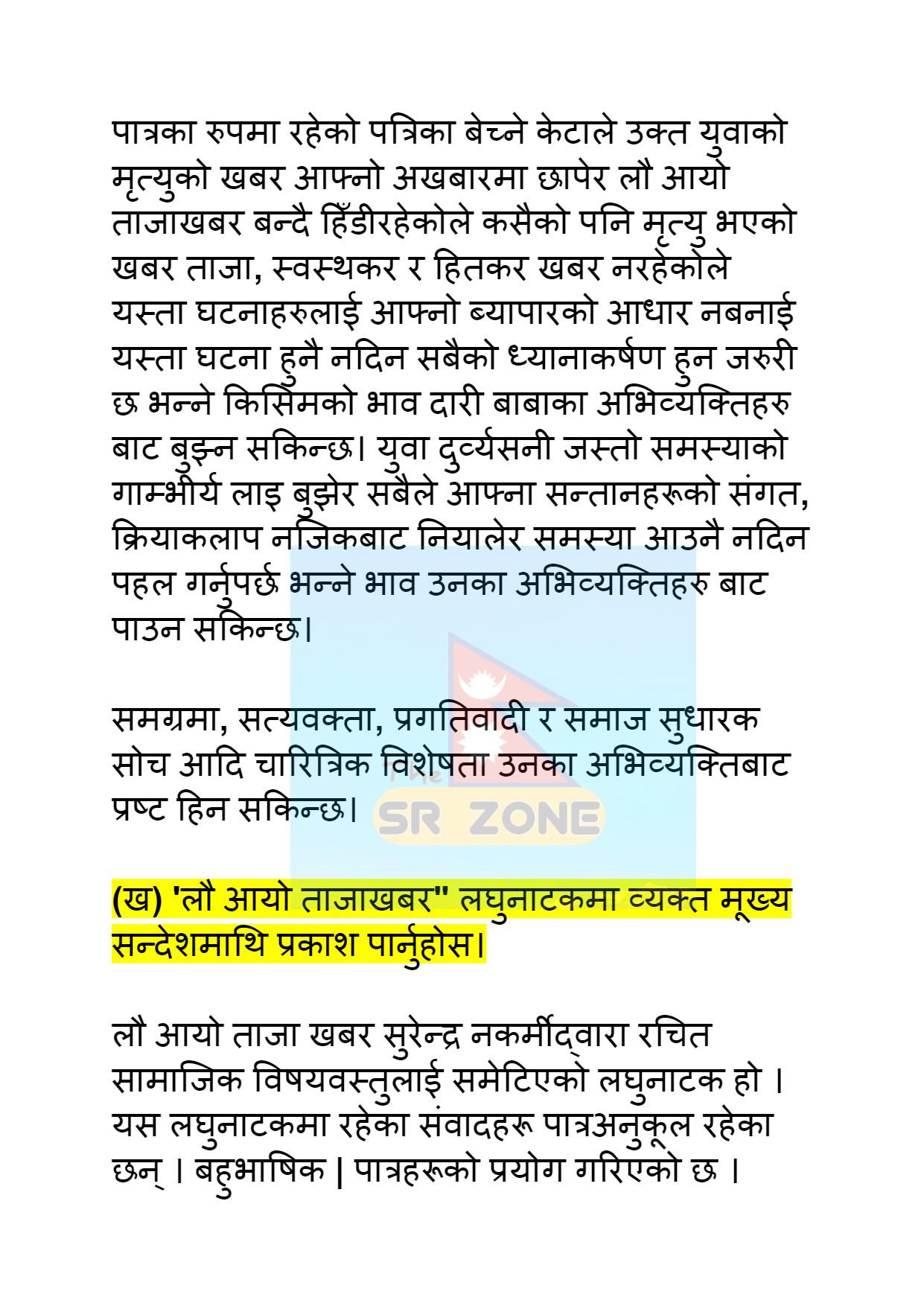 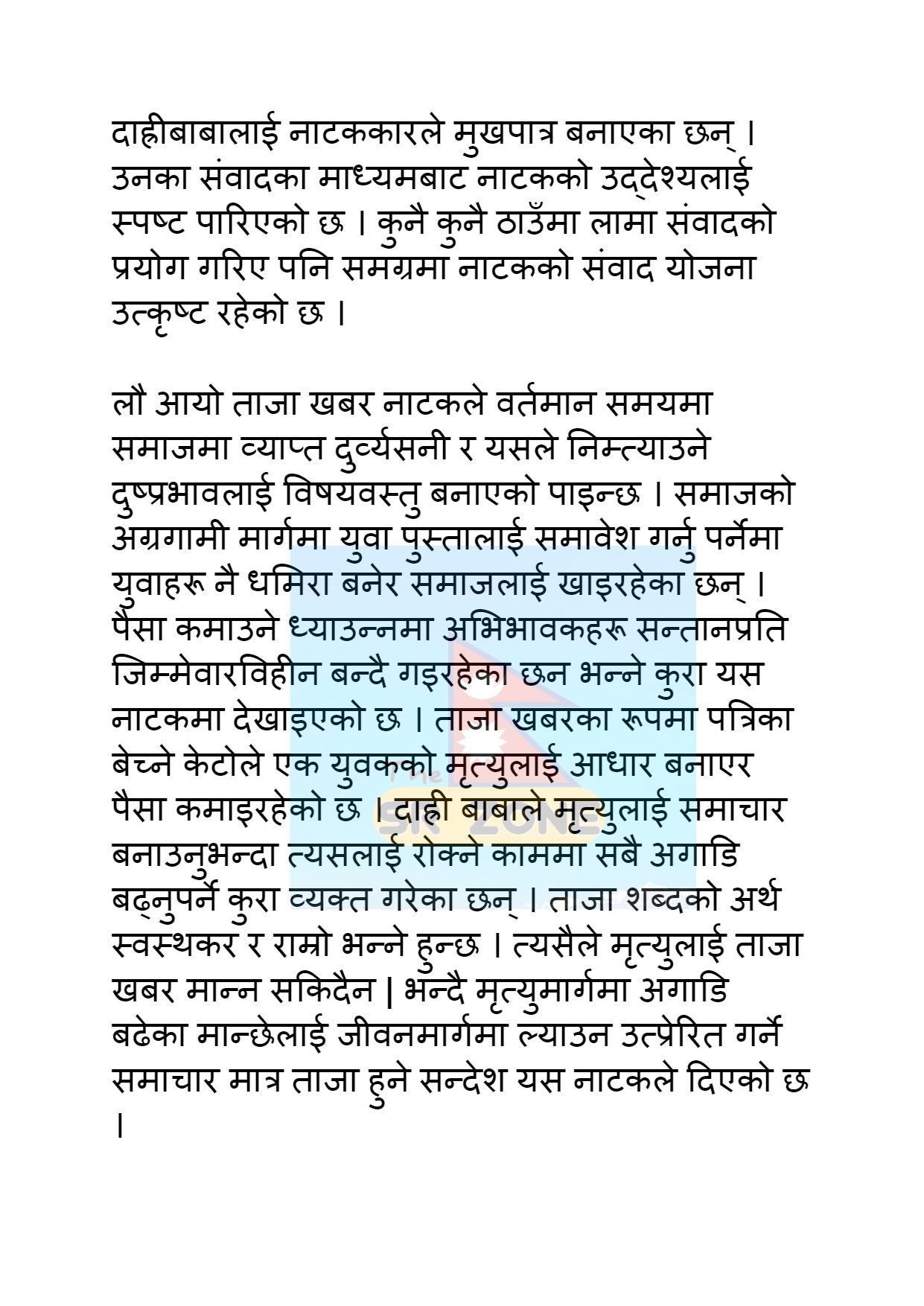 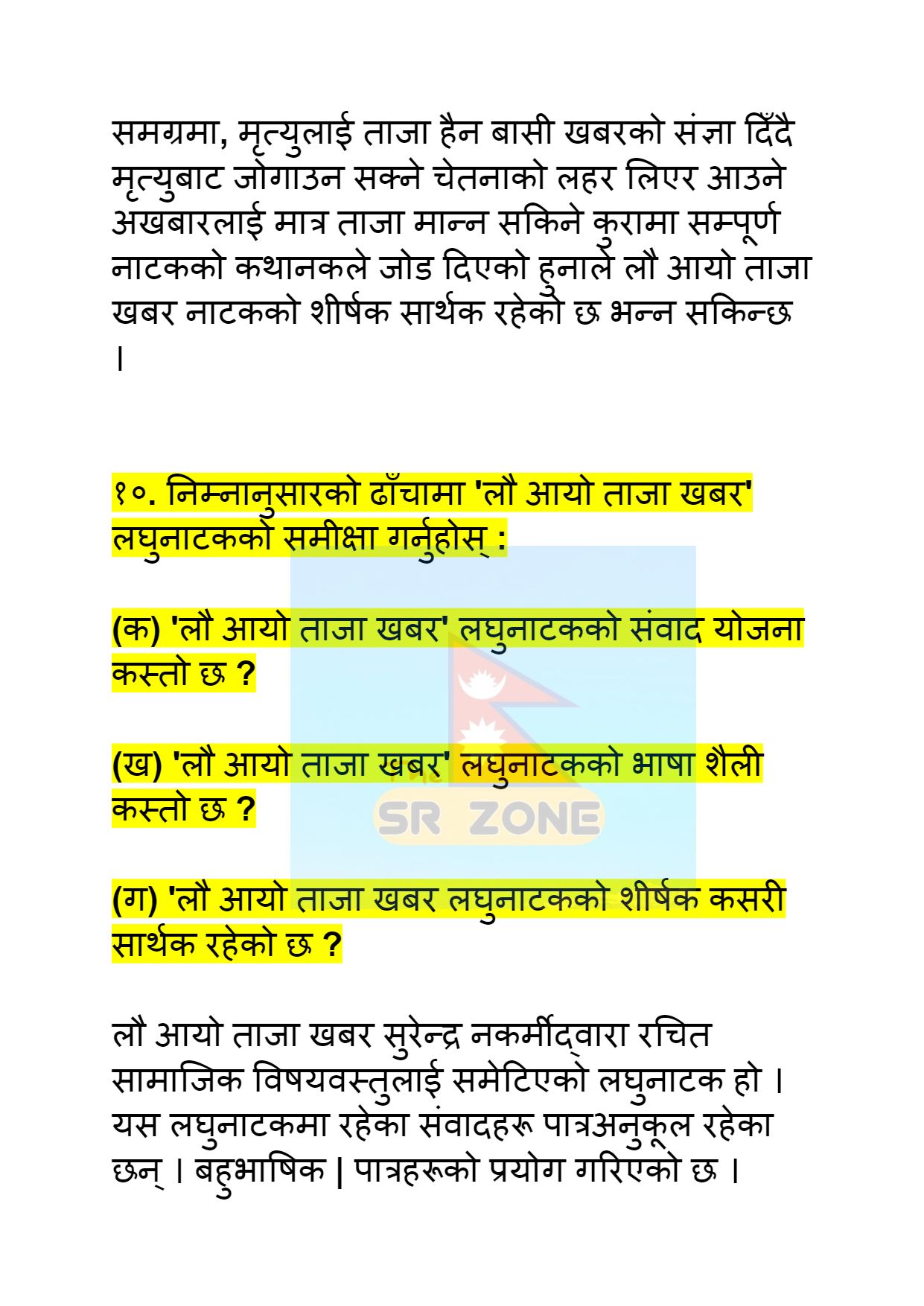 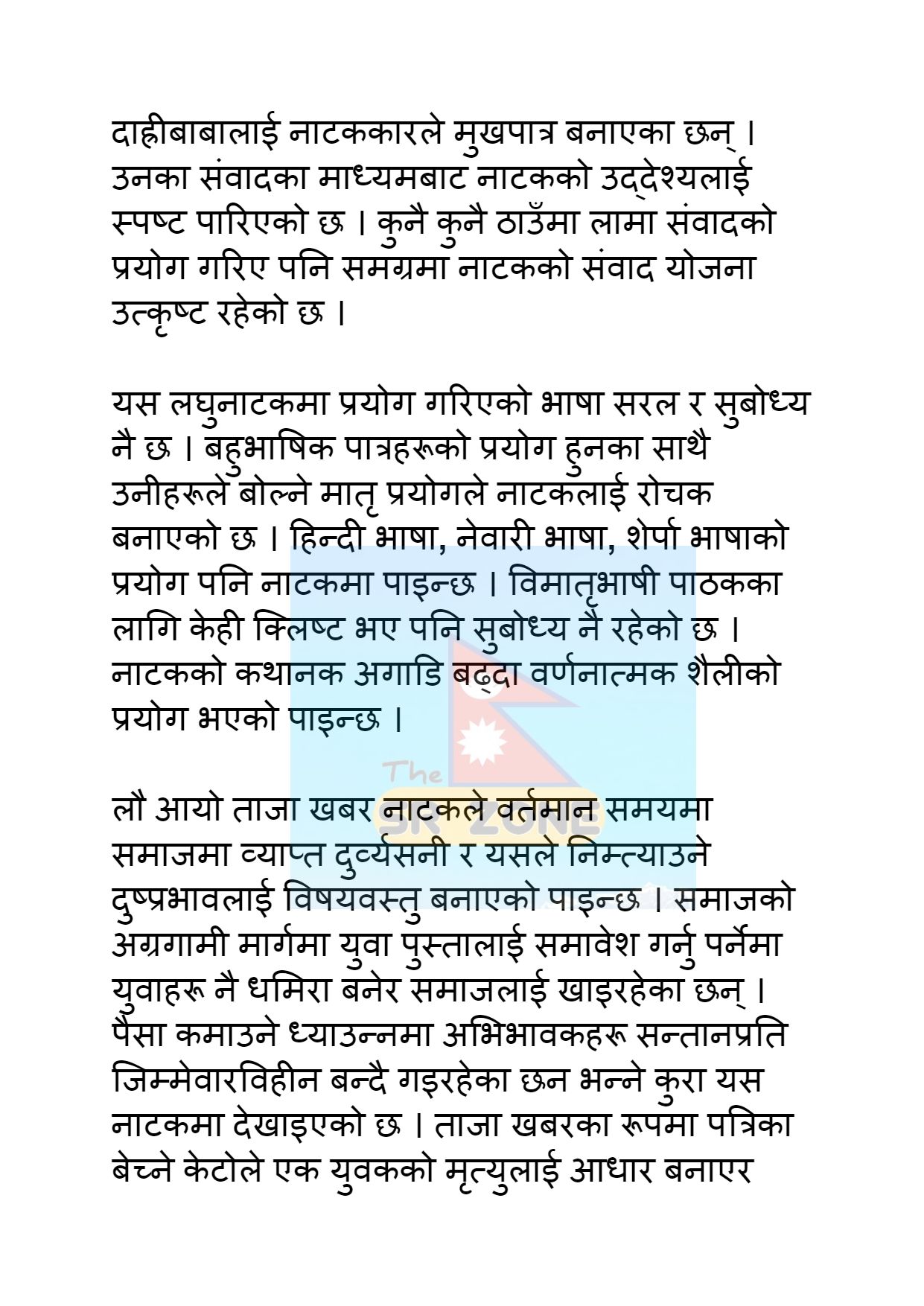 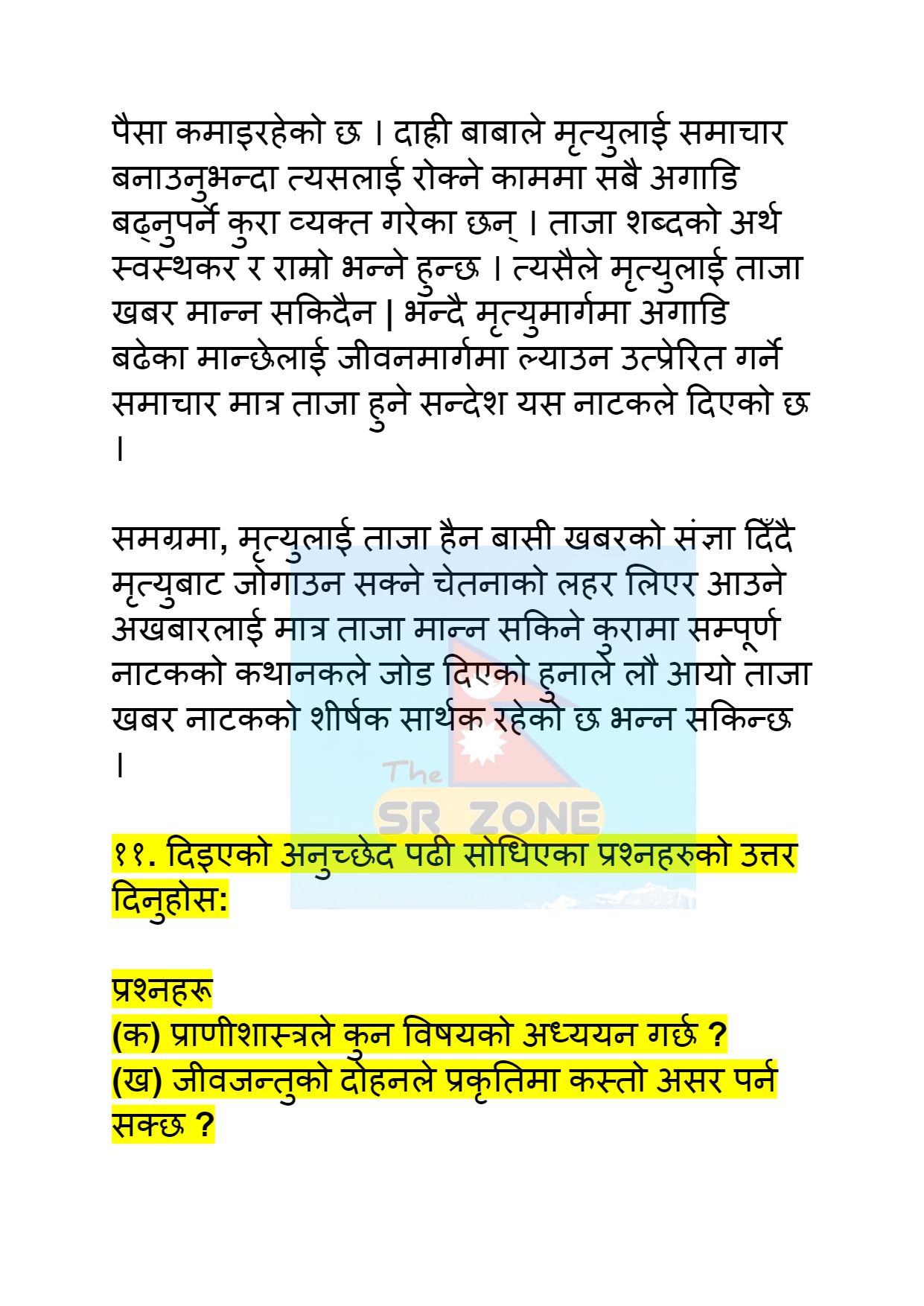 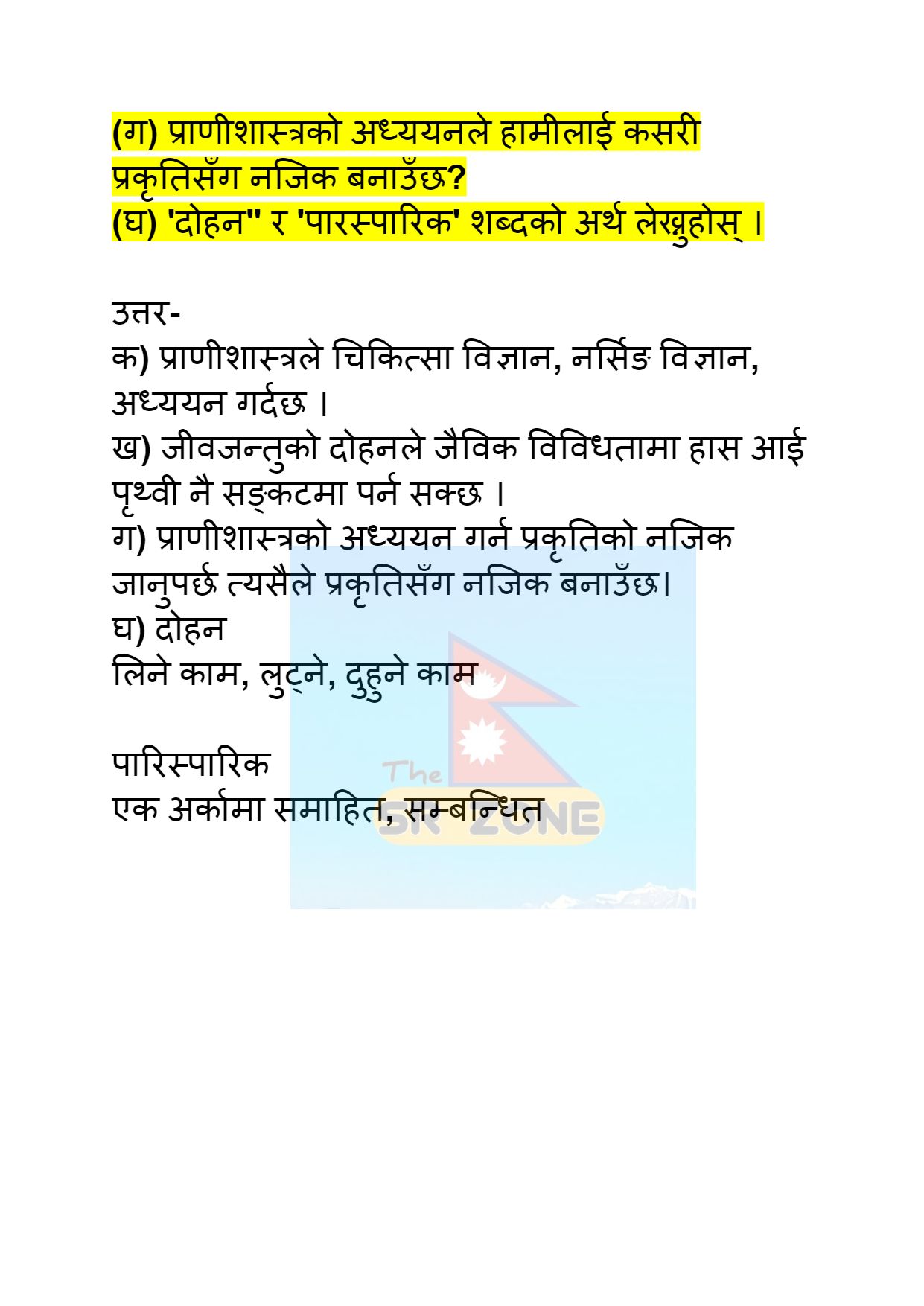 Lau aayo taja khabar is a short play written by Surendra Nakarmi on social issues. The dialogues in this short play are character-friendly. Multilingual Characters are used. The playwright has made Dahribaba the mouthpiece. The purpose of the play is made clear through his dialogues. Although the long dialogue is used in some places, the overall dialogue plan of the play is excellent.
The latest news drama, 'Lau Ayo Taja khabar', deals with the addiction prevailing in society at present and the side effects it causes. It is the youth who are feeding society by being involved in the pioneering path of society. The play shows that parents are becoming irresponsible towards their children in the pursuit of earning money. The boy who sells magazines as the latest news is making money based on the death of a young man.
Dahri Baba has expressed that everyone should move forward in preventing death rather than making it news. The word fresh means are healthy and good. So death cannot be considered the latest news The play conveys the message that only the news that motivates the people who are on the path of death to bring them to the path of life will be fresh.
Overall, the title of the play is meaningful, as the storyline of the entire play emphasizes that only a newspaper with a wave of consciousness that can save it from death by calling it stale news is not fresh.

It is a thematic composition based on the theme. Individuals, families, society, and the nation should conduct vigorous awareness and awareness campaigns with interest and concern to make the youth aware, conscious, and drug-free in view of the impact of distortions and anomalies with the influx of tourists at the present time. It is a play by Woke. The desire for social reform has been expressed by criticizing social distortions and anomalies, wrong political tendencies, irresponsibility of parents, weaknesses of journalism.
It is believed that journalism should be clean and fresh, politics should be about the development and prosperity of the country, slogans, rallies, strikes and disgusting conspiracies between the parties should be stopped. The desire for a drug-free society, the symbol of clean, fresh and awakened journalism, the desire for good political practice, the desire for the role of dutiful and responsible guardians, the desire for social unity, reconciliation, harmony and humanitarianism and the irresponsibility of parents. And responsibility is urged in this play.
With Dahri Baba as the main character, playwright Surendra Nakarmi has called on all parents, citizens and the society to move forward to solve the problem of young drug addicts who are becoming huge in the current context.
According to the setting of the play, Dahri Baba, who looks homeless and has no purpose, is the main character of the play. His daily routine is to live under the Chautari and spend the day without doing any special work. However, it is clear from his behavior and speaking style that he is fully aware of the political and socio-economic environment of the country. He has the ability to speak out strongly against the bad things happening in the country.
He has a tendency to present his ideas in a satirical manner and to speak about what is true. The boy who sells the magazine as a supporting character published the news of the young man's death in his newspaper. It can be understood from Baba's expressions. Understanding the seriousness of the problem like a young addict, his expressions suggest that everyone should take initiative to prevent the problem from happening by keeping a close eye on the activities of their children.
On the whole, the characteristics of truth-teller, progressive and social reformer thinking can be clearly seen from the expression of the Dahri Baba.
Addiction means to be involved in any evil deed. In particular, today's young generation is plagued by drug abuse and drug abuse. It is natural that the solution to the problem prevailing in the country cannot be solved by the ability of one person.
The use of marijuana, cigarettes, khaini, heroin, cannabis, and other harmful substances has attracted the younger generation. The person trapped in it cannot be rescued by just one person. All the people of the society need to unite to uproot it from society.
If a family has a problem, it needs to be solved with the help of everyone. The implication is that it can be eradicated only by running a social awareness campaign. Everyone from the police administration to the society needs to join hands against drug abuse.
Overall, with the growing population of urbanization, worldliness in the name of development and fashion is also on the rise. It quickly touches the youth. The above statement indicates that in order to avoid this, individuals, families, society, and administration all need to be united.
Also Read: Class 11 Nepali Complete notes
You can watch this youtube video as well for "lau aayo taja khabar" explanation: