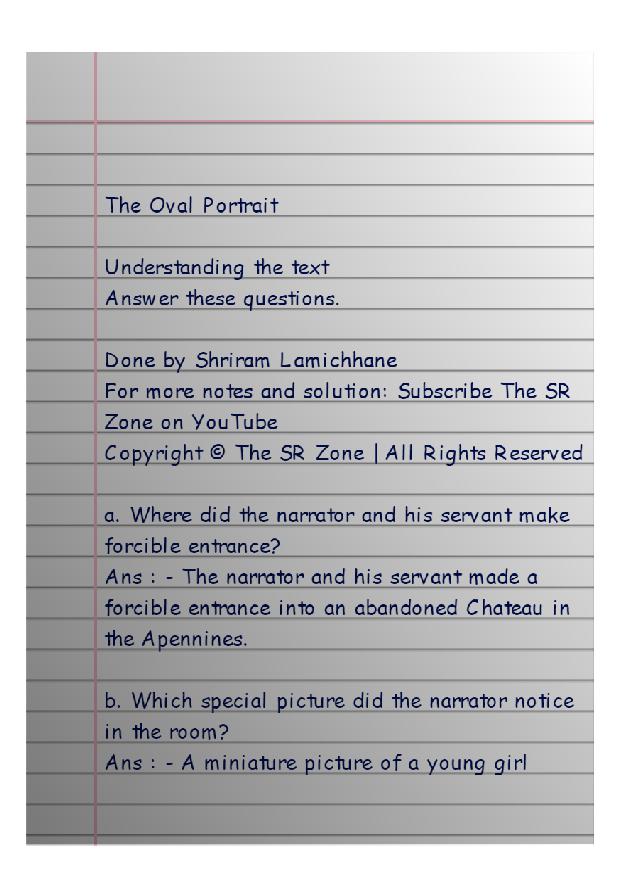 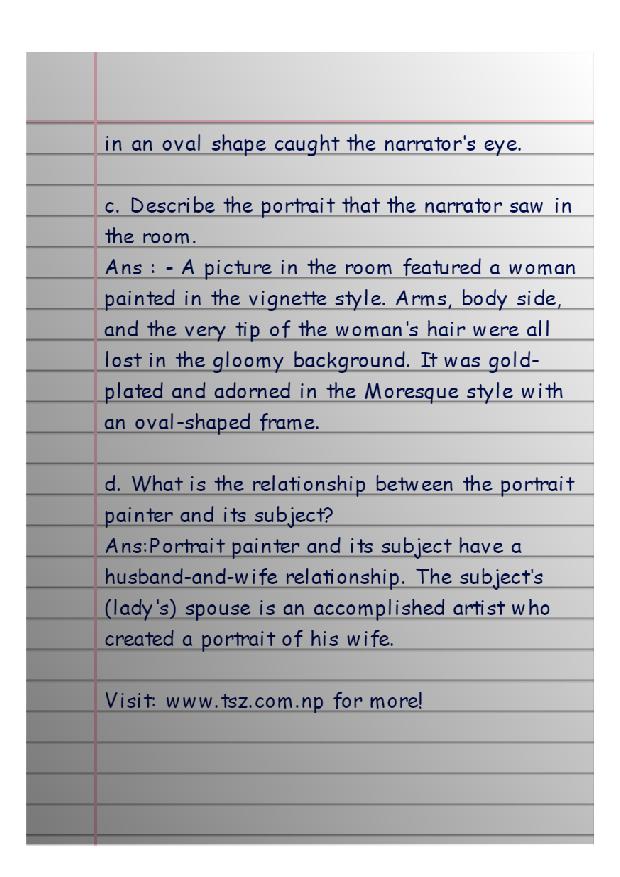 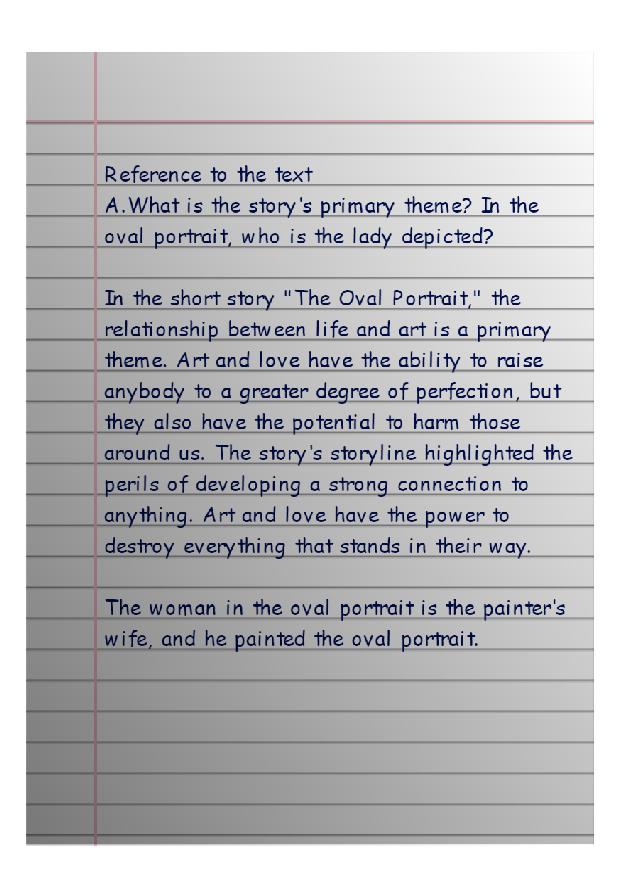 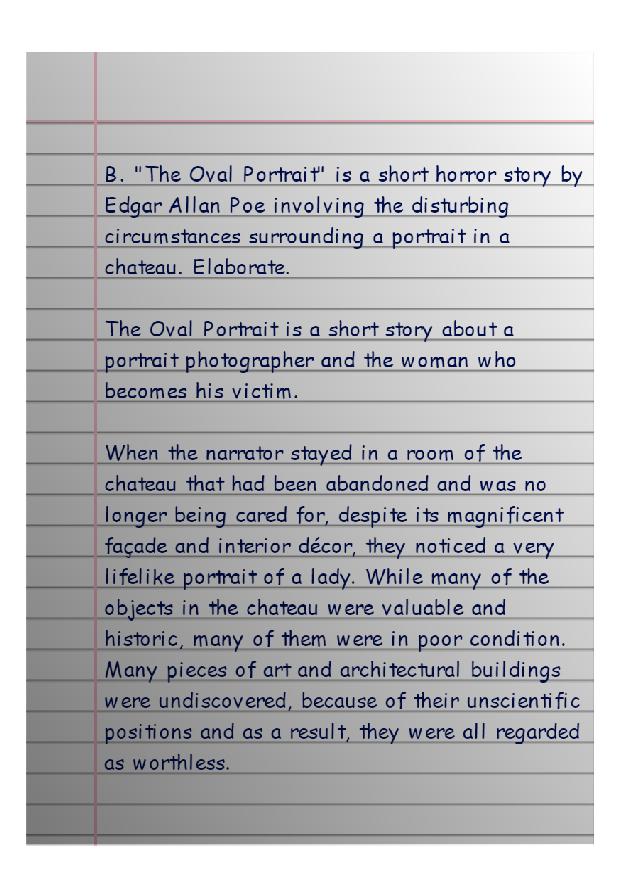 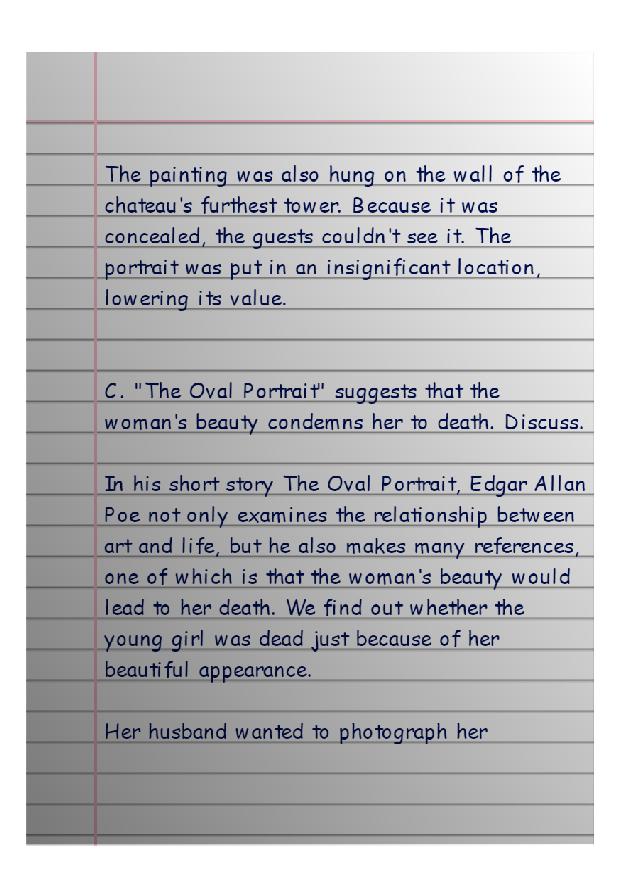 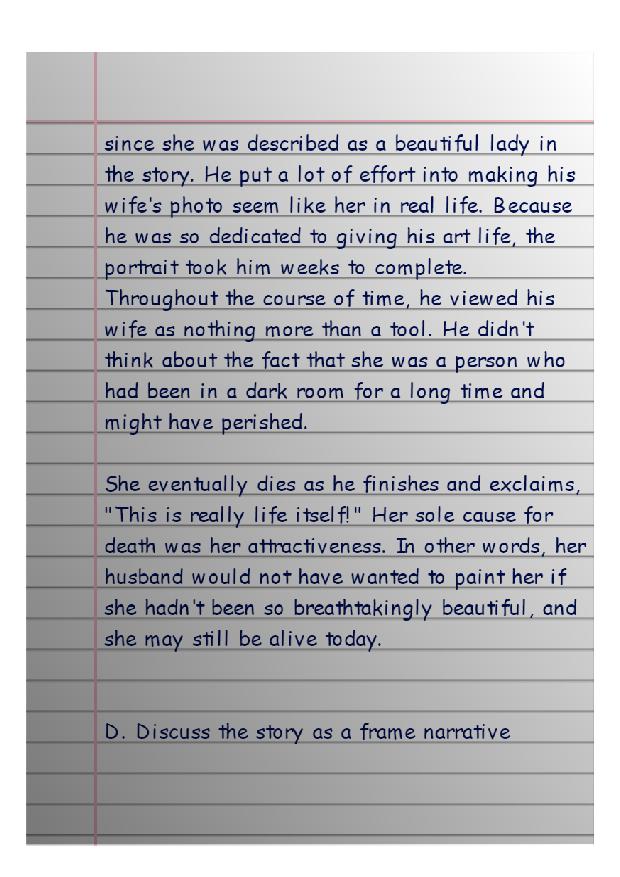 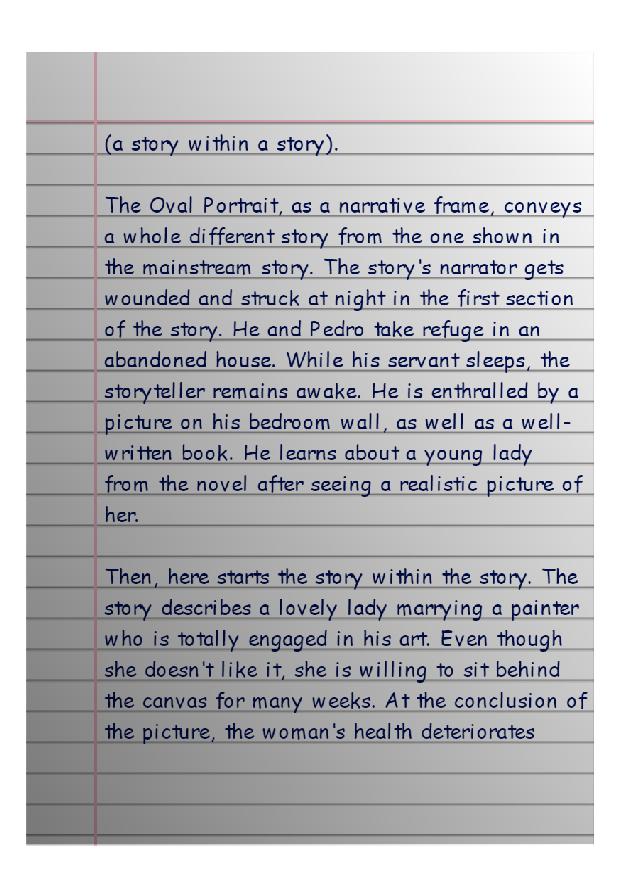 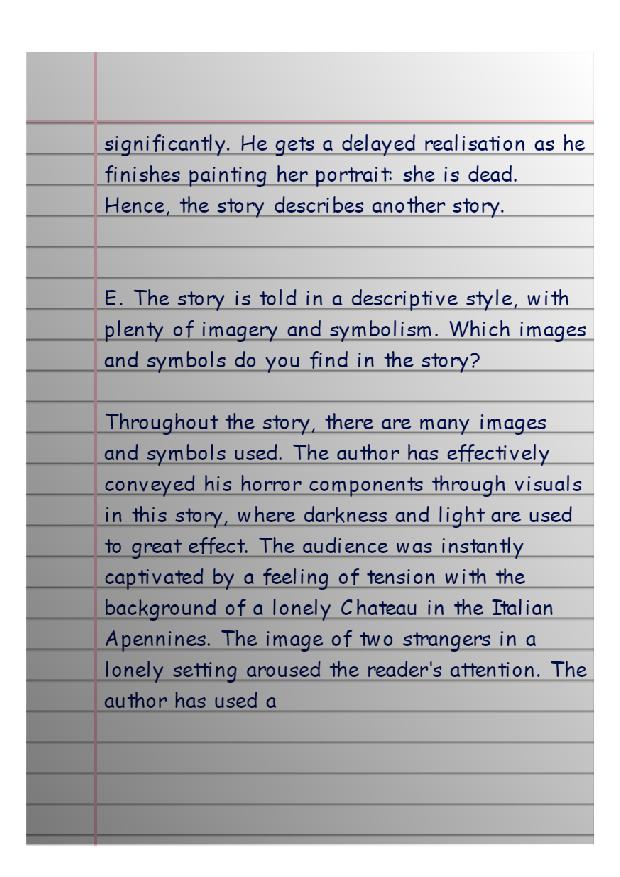 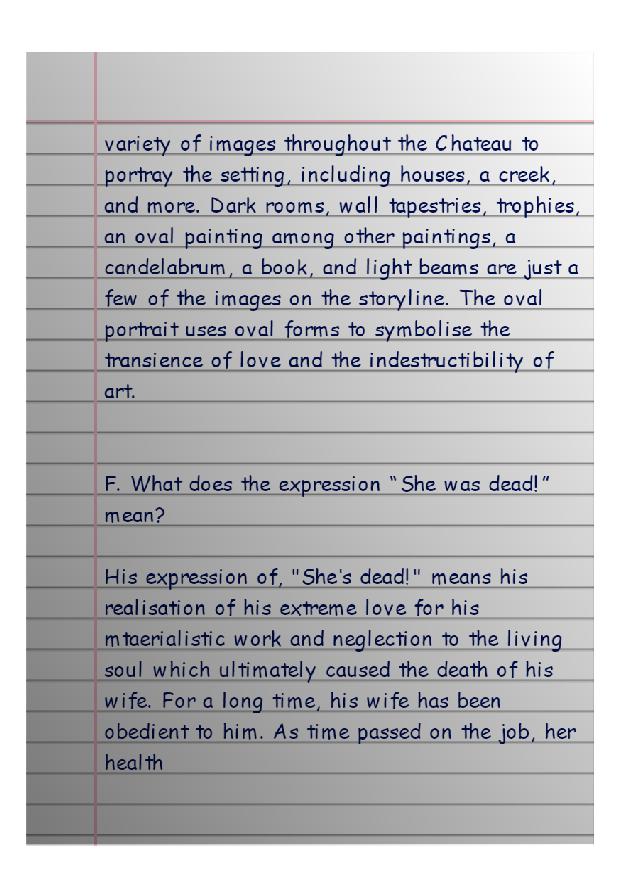 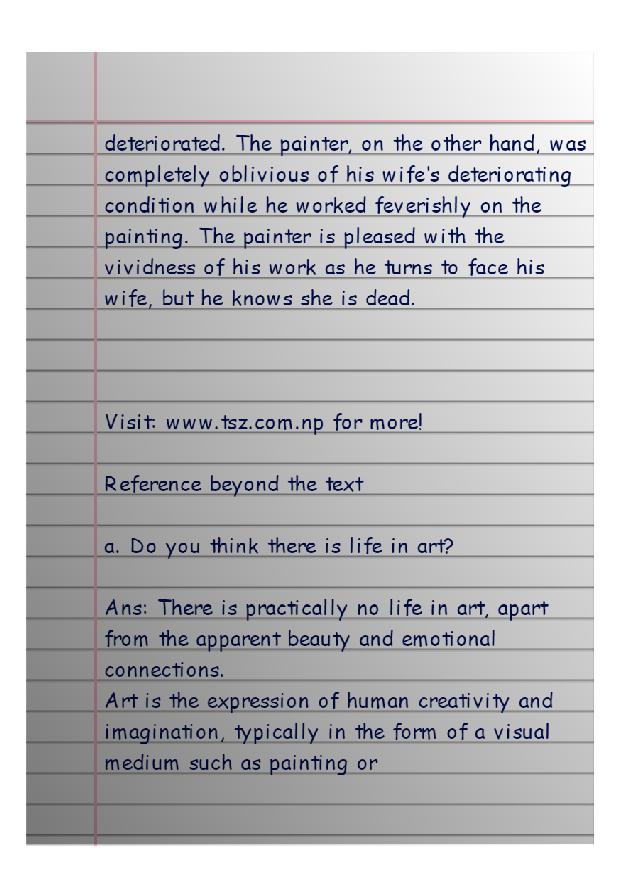 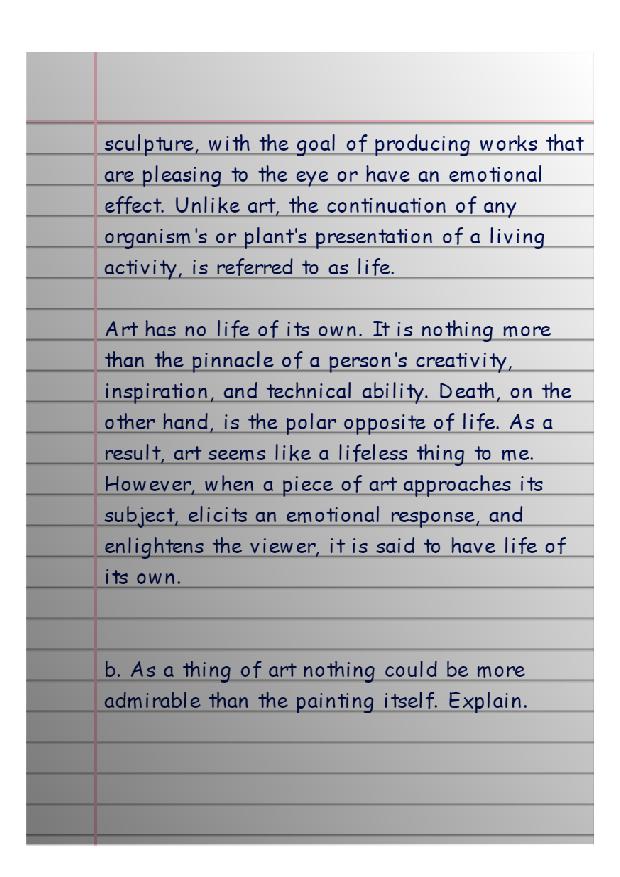 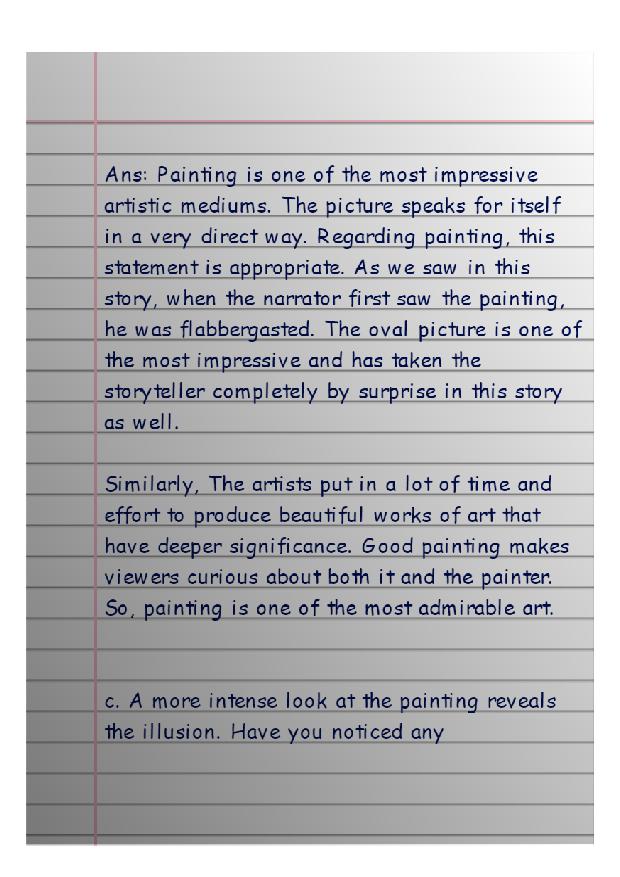 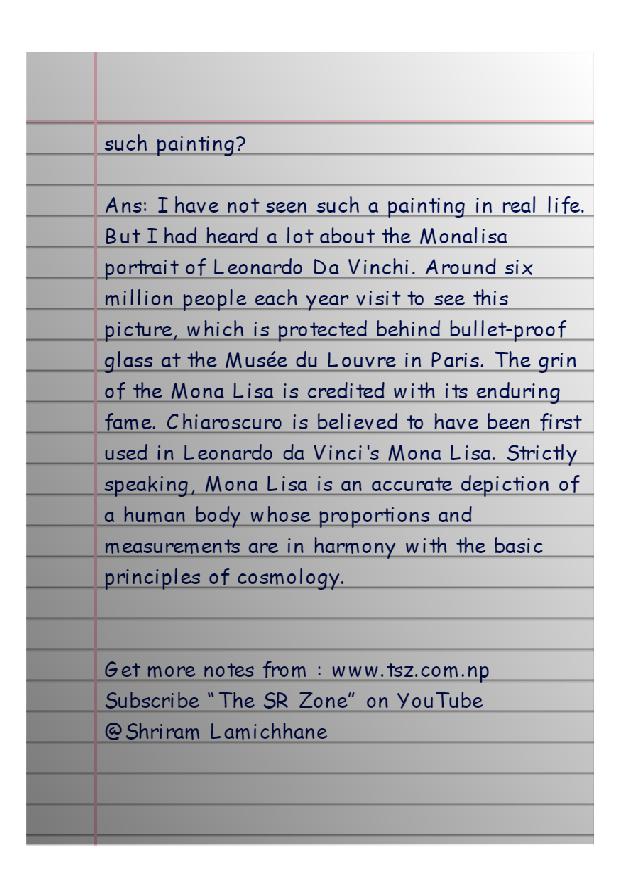 The oval portrait is a suspense story written by Edgar Allen Poe. Edgar Allan Poe, an author from the United States, wrote this short story. It is a story in the horror genre about the connection between art and life. This is a concise summary of the story "Life in Death," which was originally much longer. Double narratives, also known as frame narratives, may be found wrapped throughout this particular story. A frame narrative is a story inside a story.

The tale starts with the narrator and his servant Pedro arriving at a desolate chateau in the Apennines in central Italy in the evening. The narrator was badly hurt for no clear reason. Given how freezing it was outdoors, the servant forcefully brought the narrator into the Chateau. They moved into one of the rooms in the chateau that was the smallest and had the fewest things in it. It had expensive decorations, but they were falling apart. There were a lot of old paintings, tapestries, and trophies that were not being cared for.

The narrator had a clear curiosity in the paintings that were hanging on the wall. He lit a candle from the candlestick that was placed at the top of his bed. In addition, the narrator discovered a little book lying on top of the pillow. He began reading a painting-related book. It was about twelve o'clock in the morning. His servant Pedro was asleep. The oval picture was seen when the storyteller moved the candlestick. It was a picture of a charming young woman. A good looking young woman's head and shoulders were clearly visible.

According to the book, the lady in the oval picture was the painter's wife. He wanted to paint his wife once. His wife sat alongside him. He began painting. He worked on it so much that it consumed him and he became completely dedicated to it. He painted for weeks. His wife was there for weeks without any care being provided for her. She weakened. Her husband never asked about her troubles. He continued drawing his wife. At long last, he completed the picture he'd been working on. He was pleased to show her his lovely painting. When he turned to her, he saw she was dead.

a. Where did the narrator and his servant make forcible entrance?

Ans : The narrator and his servant made a forcible entrance into an abandoned Chateau in the Apennines.

b. Which special picture did the narrator notice in the room?

Ans : A miniature picture of a young girl in an oval shape caught the narrator's eye.

c. Describe the portrait that the narrator saw in the room.

Ans : A picture in the room featured a woman painted in the vignette style. Arms, body side, and the very tip of the woman's hair were all lost in the gloomy background. It was gold-plated and adorned in the Moresque style with an oval-shaped frame.

d. What is the relationship between the portrait painter and its subject?

Ans: Portrait painter and its subject have a husband-and-wife relationship. The subject's (lady's) spouse is an accomplished artist who created a portrait of his wife.