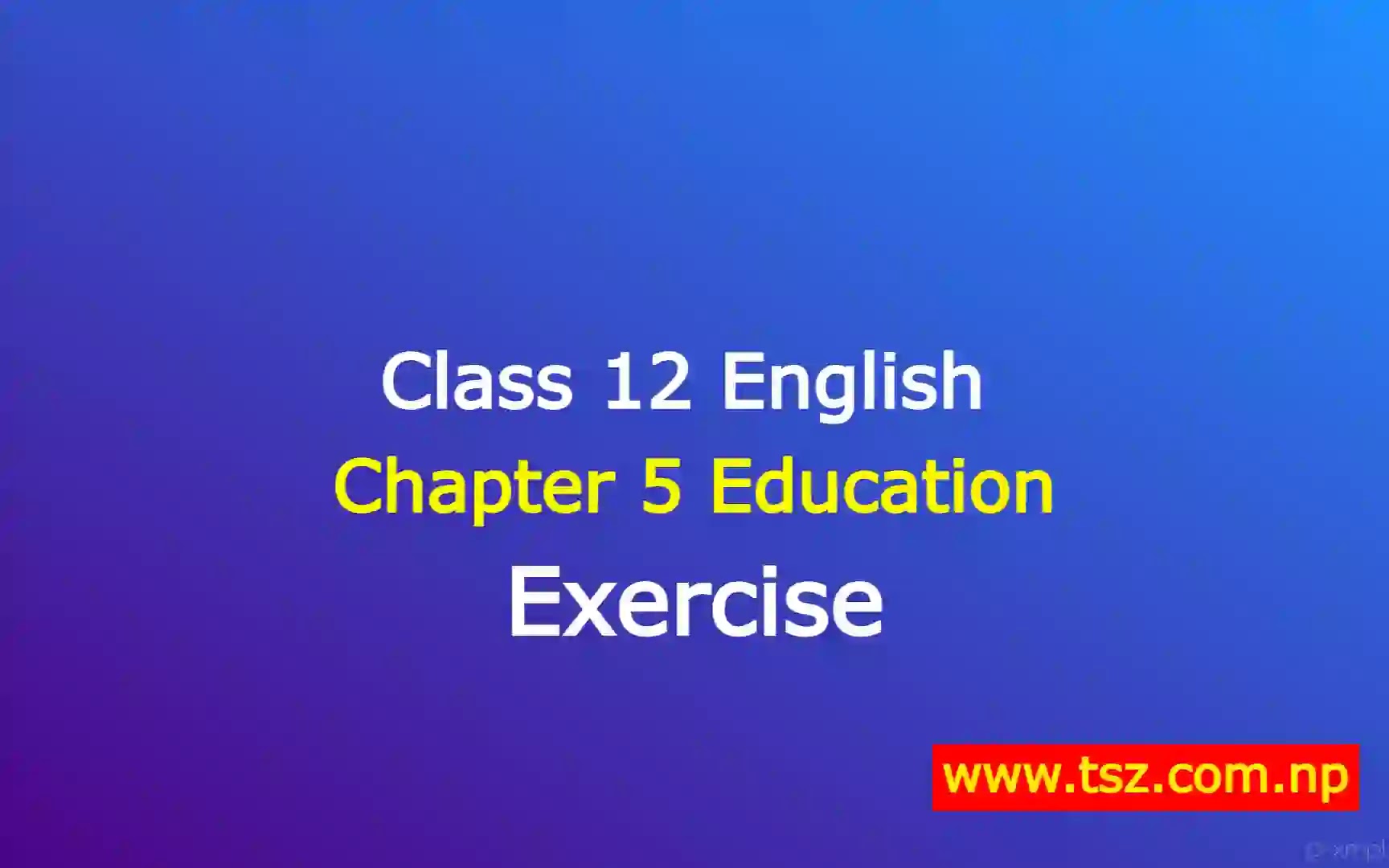 A story of my childhood

A. Match the words in column with their meanings in column.

a. expectantly - vi. in a way that shows you are hoping for something, especially something good or exciting

b. beckon - viii. to give signal to somebody to move nearer or to follow you

c. grapple - v. to try hard to find a solution to a problem

d. texture - ii. the way food or drink tastes or feels in your mouth

e. cobbled - vii. having a surface that is made of small round stones

g. attire - i. clothes, especially fine or formal ones

i. dynamics - iii. the science of the forces involved in movement

B. Use a dictionary and find the meanings of the following words related to people’s life stories.

hagiography : a biography that lavishly praises the person

pathography : such biography where sadness, sickness, failure, and the like are highlighted

obituary: the publication of an article about the life and accomplishments of someone in a newspaper shortly after their death.

character sketch :written summary of a person's traits, characteristics, and so on.

profile : descriptive writing that informs the reader about someone or something

memoir : a documented narrative of someone's life, a location, or an event.

A. Put the following events in the life of Abdul Kalam in a chronological order.

The following answer is the correct chronological order:

a. Abdul Kalam attended an elementary school at Rameswaram.

b. One day Abdul Kalam’s teacher visited them to share his pride and pleasure about his performance.

c. They celebrated happiness with poli.

d. A new teacher in the school forbade Abdul Kalam to sit together with his Bramhin friend.

e. Many students did not understand www.tsz.com.np well of Sivasubramania Iyer’s lecture.

f. He then took the students to the seashore for a practical class.

g. Abdul Kalam was determined that he would make a future study about flight and flight systems.

a. What were the causes of Abdul Kalam’s happiness?

Abdul Kalam was happy because his mathematics teacher came to his house to discuss his results where he was praised for his good results in Math's exam.

b. Which two places did Abdul Kalam visit before going to school?

Abdul Kalam paid a visit to his Arabic tutoring class and his maths teacher's home before going to school.

All he liked about mathematics were the numbers, their rules, and how they might be used in different ways.

d. Why was the new teacher unhappy?

The new teacher was unhappy because a Hindu and a Muslim student were sitting together. It shows that discrimination between religions was still prevalent.

e. Why did Abdul Kalam have to split with his intimate friend?

The school at Rameswaram only offered courses up to the secondary level, thus Abdul Kalam and his close friend were forced to part ways since further education was only available in the surrounding larger cities.

f. What was the topic of Sivasubramania Iyer’s class?

The topic of Sivasubramania Iyer class was on demonstrating how birds fly.

g. How was the teacher’s reaction when the students told him that they did not understand his lecture?

Teacher was neither irritated nor furious with them when they reported that they didn't understand his lecture.

h. Why did Sivasubramania Iyer take his students to the seashore?

Sivasubramania Iyer takes his students to the seashore because he wanted to demonstrate the mechanism of bird flight to the students.

a. APJ Abdul Kalam became a renowned aerospace scientist in his later life. Do you find any association of his childhood days in shaping his career? Explain with specific instances from the text.

APJ Abdul Kalam is now a renowned aerospace scientist. There is a proverb in Nepali, " plants that prosper have smooth leaves ". This proverb is applicable in Kalam's life as well.

His professional life has undoubtedly been shaped by memories and experiences from his upbringing. He was particularly impressed by his instructor Sivasubramania lyer's practical lesson. Sivasubramania Iyer was a teacher who used to teach them how the birds fly. He brought them to the beach to demonstrate how birds fly in a real-world setting. Solving difficult mathematical puzzles was his main source of entertainment. In addition to this, he would attend after-school math lessons at the residence of his math instructor. Following his teacher's advice and learning about the bird's flying systems, he went on to become an aeronautical scientist.

All these things have actually helped Kalam develop a practical knowledge about the aero-science. In fact, Abdul Kalam became a well-known aeronautical scientist as a result of his high school instructor Sivasubramania Lyer's explanation of avian flight dynamics.

b. Kalam mentions an instance of discrimination against him in his school life. What picture of society does he want to depict by mentioning the incident? Discuss.

There was a teacher in Kalam's school who used to impose religion in class. His stomach couldn't take the idea of a Hindu kid and a Muslim child becoming friends, so he banned Abdul from sitting with him. Abdul didn't know that Hindus and Muslims face different levels of treatment because of their religions. This behaviour infuriated Abdul.

The teacher was warned by Kalam's father and the temple's chief priest not to bring religion into the classroom, so there must have been some glimmer of hope for religious tolerance. However, the teacher was influenced by profound religious doctrine, although representing educated and intelligent individuals. He had to obey the social norms since he was a part of the society. The event serves as a reminder of the religious divisions that existed in India at the time.

Hindus and Muslims were treated quite differently back then because of this severe religious segregation. Abdul hopes that this event would paint an image of a society divided between Hindus and Muslims. He wants to flash the fact that the majority of people, even those with higher educational levels of education, believed in such partitions, and only a small minority disagreed. I would say - Abdul Kamal describes a painful incident of religious intolerance in his school memoirs.

I was born in a small village south - eastern of Baglung District. Our memories give us the will to live and the motivation to do things. I have a lot of cherished childhood memories. Today, I'd like to share with you my childhood life.

In my childhood, My mother gently woke me up before sunrise, with a wake-up call that included a gentle shake from her hand. Prior to going to my morning class, I had to get myself organised. As a result of being a little weaker in maths, I was forced to attend class at my math teacher's house. My day-to-day routine was very straightforward.

I was going to leave as soon as my classes were over and head straight for my house. My mother was kind and caring at the same time. The hot meal used to be ready, thanks to my mother. After we'd eaten our fill, I'd have time to get ready for school. Because I could listen to my teacher teach stories and poems in English class, it was one of my favourite subjects. The years I spent in school were the best of my life. Apart from studying, we used to spend our free time having fun with our peers, exchanging snacks, and poking fun at each other.

A. Study the following sentences and underline the connectives.

a. Although she spoke very fast, I understood what she meant to say.

b. In spite of her hard labour, she failed her exam.

c. Though he had all the required qualifications, he did not get the job.

d. Despite having all the qualifications, he did not get the job.

B. Join the following pairs of sentences twice, using a/though/though/even though and despite/in spite of as in the example.

Example: Nepali people have limited income. They are very happy.

i. Although Nepali people have limited income, they are happy.

ii. Nepali people are happy in spite of their limited income.

a. He is a millionaire. He lives in a simple house.

i) Although he is a millionaire, he lives in a simple house.

ii) In spite of his richness, he lives in a simple house.

b. The weather was extremely bad. The pilot landed the plane safely.

i) Even Though the weather was extremely bad, the pilot landed the plane safely.

ii) Despite the bad weather, the pilot landed the plane safely.

c. We study in the same college. We hardly see each other.

i) Although we study in the same college, we hardly see each other.

ii) Despite studying in the same college, we hardly see each other.

d. It rained heavily. We enjoyed our holiday.

i) Although it rained heavily, we enjoyed our holiday.

ii) In spite of heavy rain, we enjoyed our holiday.

e. I had an umbrella. I got wet in the rain.

i) Although I had an umbrella, I got wet in the rain.

ii) In spite of having an umbrella, I got wet in the rain.

f. I was really tired. I could not sleep for a moment.

i) Even though I was really tired, I could not sleep for a moment.

ii. Despite the tiredness, I could not sleep for a moment.

g. She has a very good accent in English. She failed the interview with the newsreader.

i) Although she has a very good accent in English, she failed the interview of a newsreader.

ii) In spite of a very good accent in English, she failed the interview of a newsreader.

h. Lhasa has extremely cold weather in winter. Millions of tourists go there in January.

i) Although Lhasa has extremely cold weather in winter, millions of tourists go there in January.

ii) In spite of extremely cold weather, millions of tourists go to Lhasa in January.

i. He was badly injured in the first round of the boxing match. He was victorious in the third round.

i) Although he was badly injured in the first round of the boxing match, he was victorious in the third round.

ii) In spite of his injury in the first round of the boxing match, he was victorious in the third round.

C. Complete each sentence in an appropriate way.

a. He passed the exam although he did not study well.

b. She climbed the mountain in spite of her tiredness.

c. He didn't give any alms to the beggars even though he was very rich.

d. In spite of his poor eyesight, he could read the newspaper,

e. She never helps other though she is very sociable

f. He didn't get success in that job in spite of his ten attempts.

g. He refused to eat anything despite his hunger.

h. He could not score good grades in the SEE exams in spite of his hard efforts.

i. She accepted the job although she didn't like it.

j. Even though we had planned everything carefully, we didn't succeed.