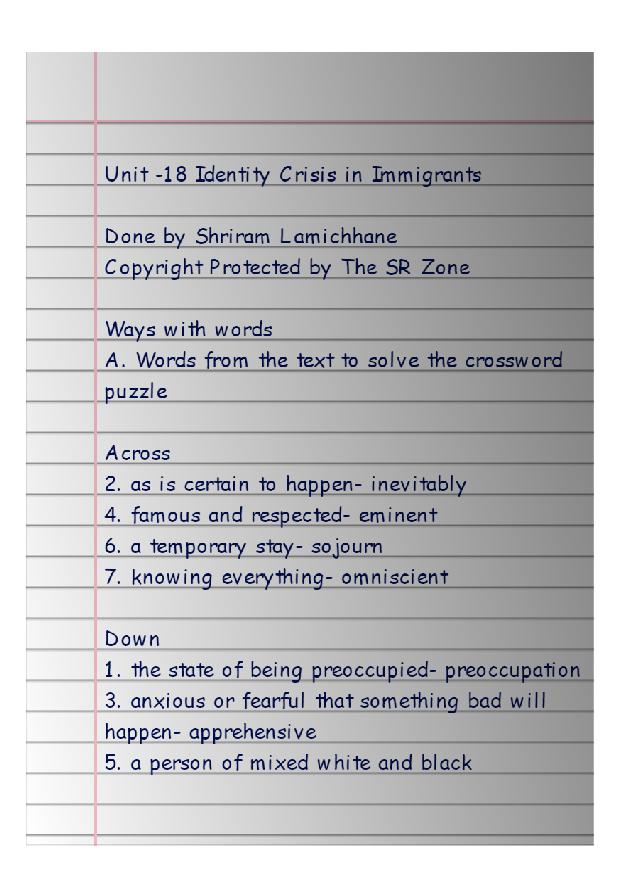 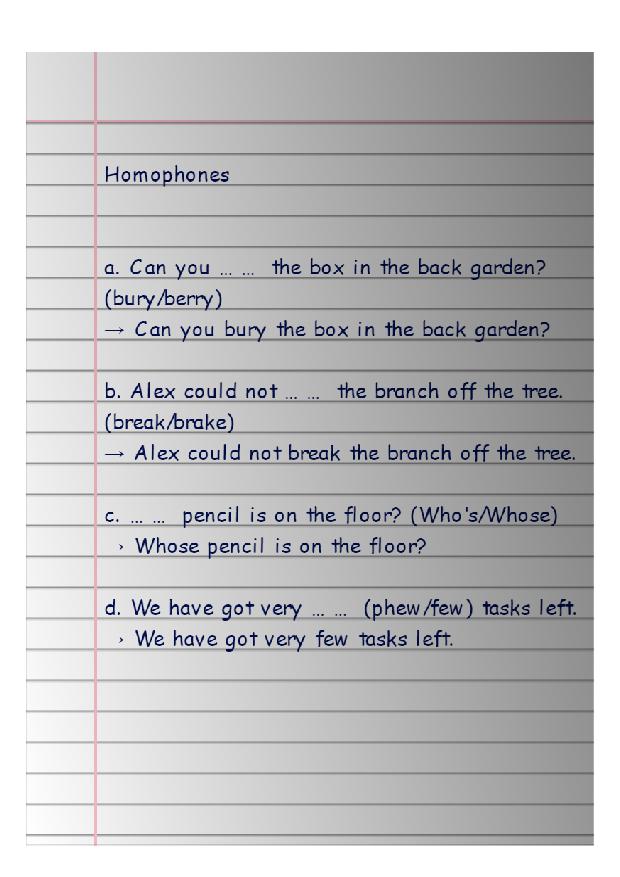 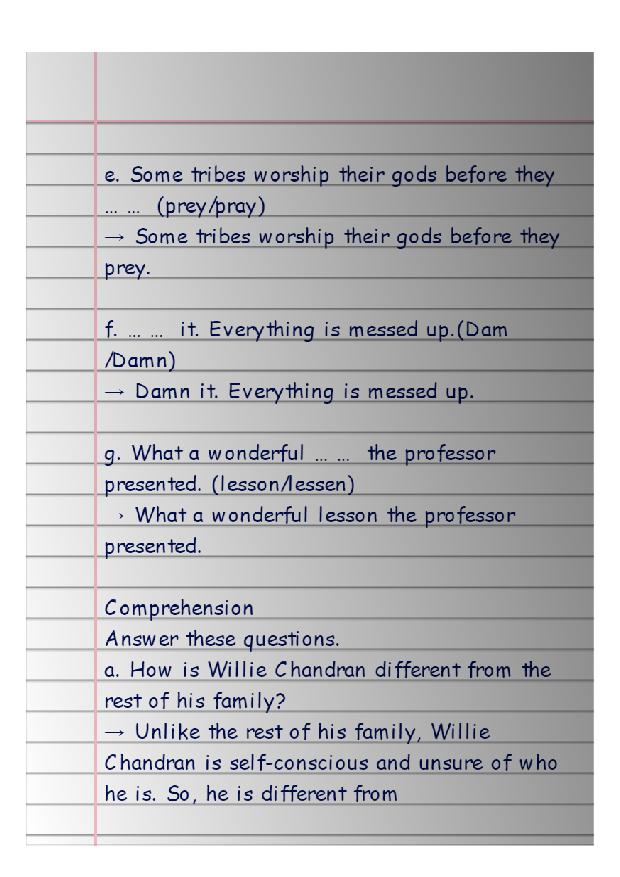 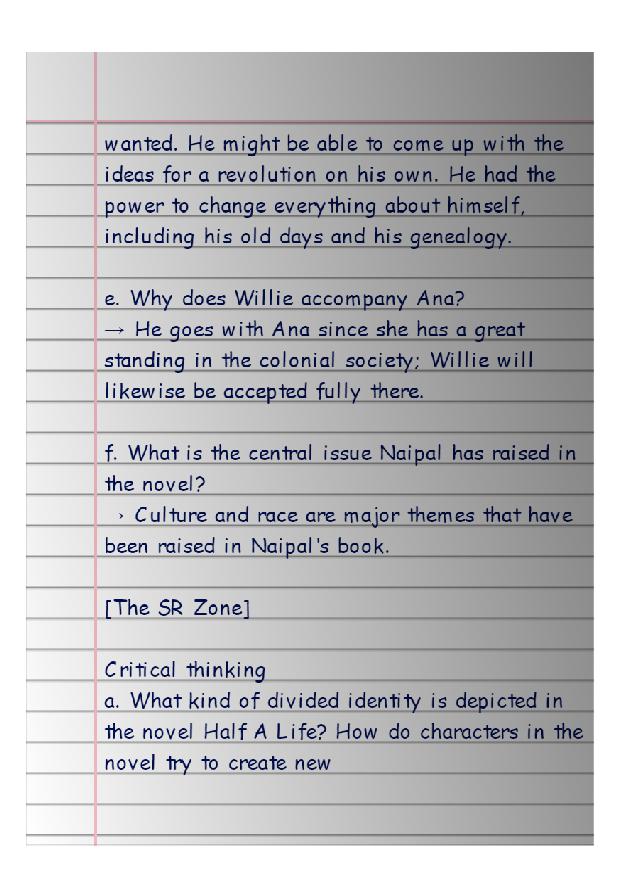 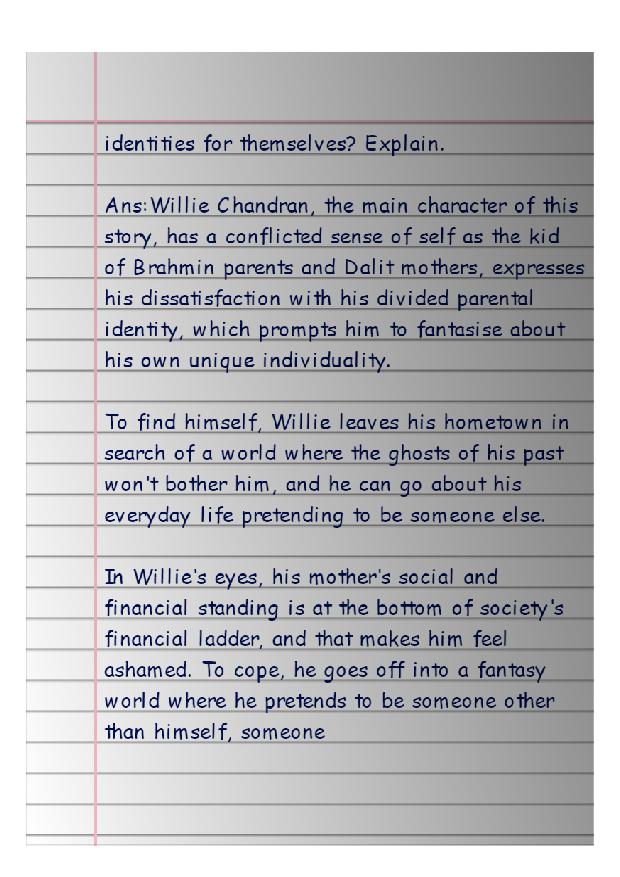 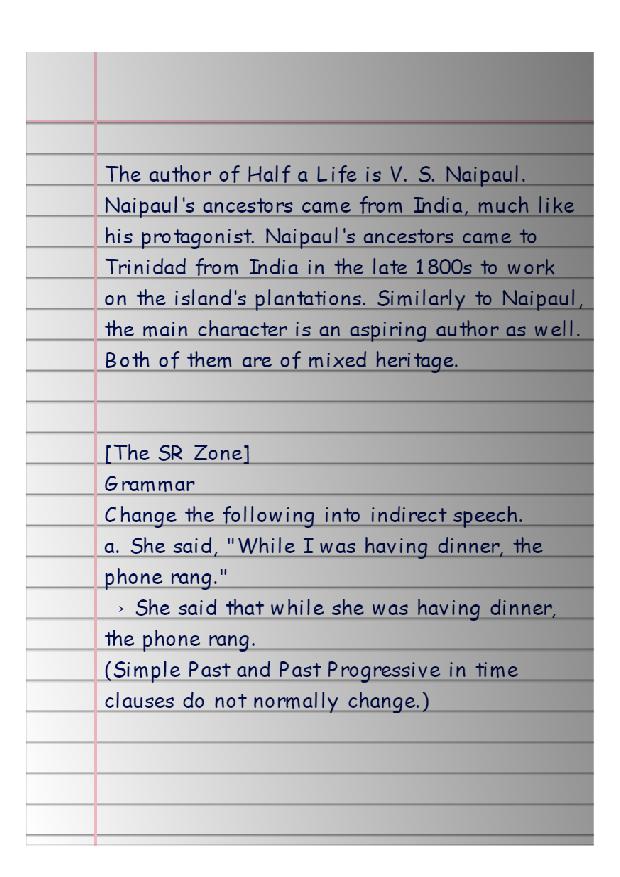 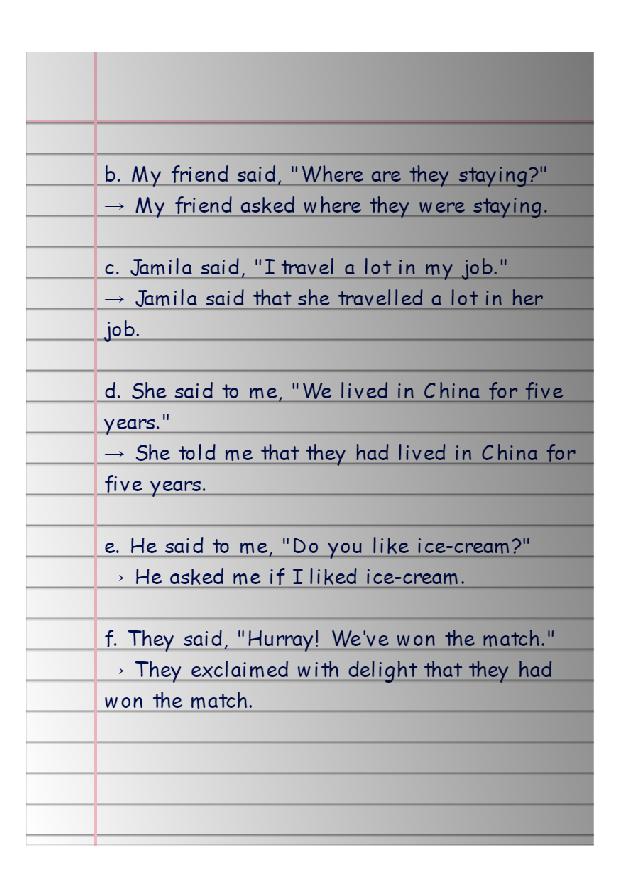 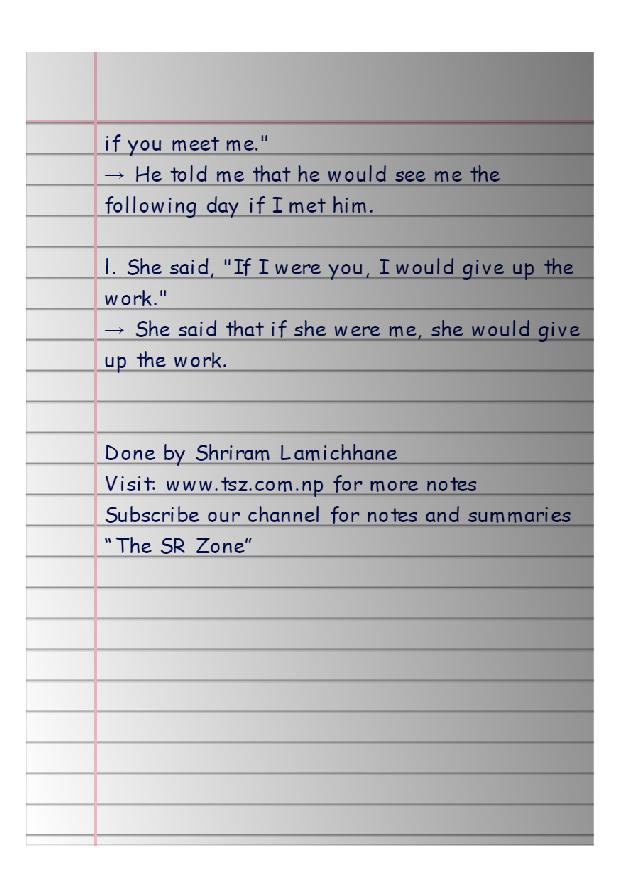 Willie Chandran, the main character of this story, has a conflicted sense of self as the kid of Brahmin parents and Dalit mothers, expresses his dissatisfaction with his divided parental identity, which prompts him to fantasise about his own unique individuality.

To find himself, Willie leaves his hometown in search of a world where the ghosts of his past won't bother him, and he can go about his everyday life pretending to be someone else.

In Willie's eyes, his mother's social and financial standing is at the bottom of society's financial ladder, and that makes him feel ashamed. To cope, he goes off into a fantasy world where he pretends to be someone other than himself, someone he should not be embarrassed of.

Willie learns that his middle name, Maugham, comes from a famous British essayist, Somerset Maugham, who once visited his father. His given name denotes a Christian upbringing, but his surname reveals his mixed ancestry. Willie is now on the lookout for a legacy he can be proud of, a full presence rather than a partial one.

Willie transforms this deception into an everyday occurrence by spinning a web of falsehoods about his true identity and his origins. He leaves the house hunting for himself out of disdain for his little existence and for his parents.