Unit 9
The Road Not Taken ( with PDF Download Link )

Answer the following questions:
a. Who is the speaker in the poem?
→ The speaker in the poem is a traveller.
b. Where is the speaker standing in this poem?
→ The speaker is standing at the diverging point of a road.
c. Why does he stop there for a long time?
→ He stops there for a long time because he is in a dilemma which road to choose.
d. Why is he in a dilemma?
→He is in a dilemma because there are 2 ways and he must select one of them because he cannot travel both directions at the same time. Both the roads were equally worn and were covered with leaves.
e. Which road does he choose to travel?
→ He chooses the less-traveled road which is fair, grassy and less worn. He chooses that road because the narrator prefers to make his own way in the world and make a difference in his future.
f. Why does he leave the other one?
→ He left the other one because many people had walked on it. He wanted to try the unique and less-walked road.
g. Is the speaker optimistic? How can you say this?
→ Yes, the speaker is optimistic as in the third stanza. There will be no turning back from this decision, and he is aware of this. He hopes his decision will be a huge success.
h. Do you think he has made the right decision?
→ According to him, the "decision" he had made had profoundly impacted his life. It's possible that it led to his prosperity, contentment, and satisfaction. His destiny was shaped by the decision he made at the moment. His life was forever changed by that decision.
i. What do you think ‘the roads’ refer to?
→ I think 'the roads' means choices that have a huge impact on overall life.
j. What is the central idea of the poem?
→ Our lives are shaped by our decisions, and this is the main theme of the poem. 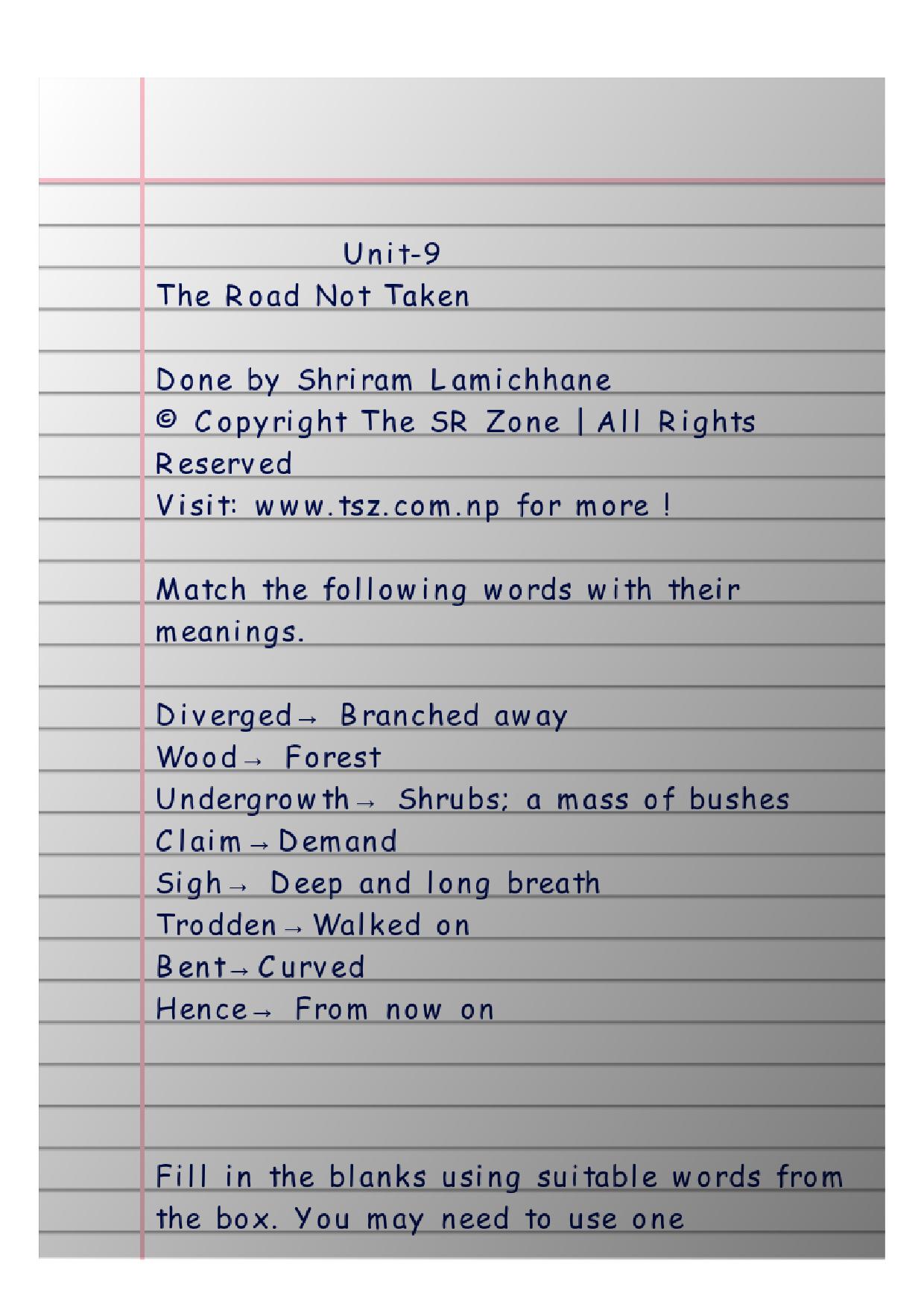 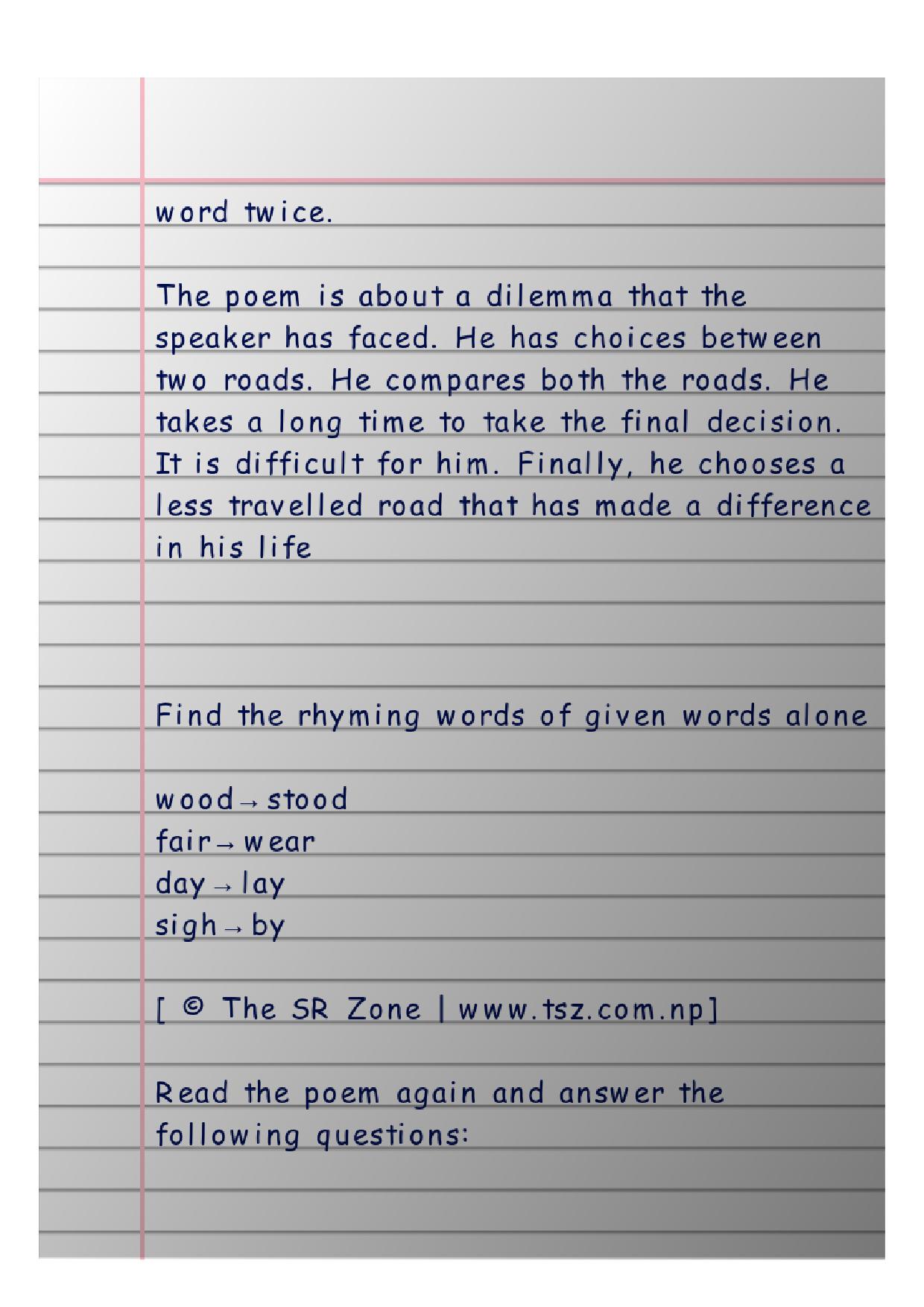 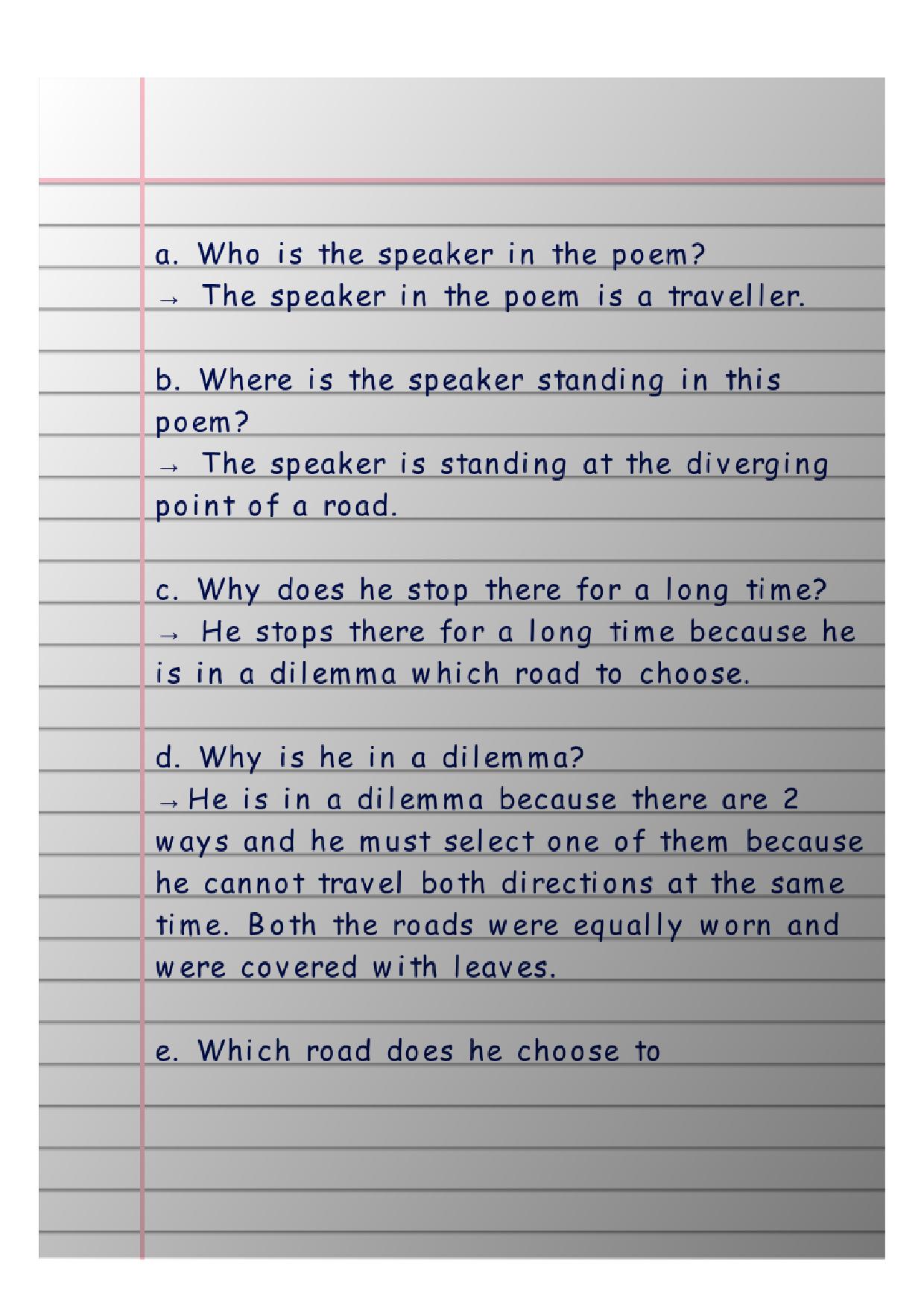 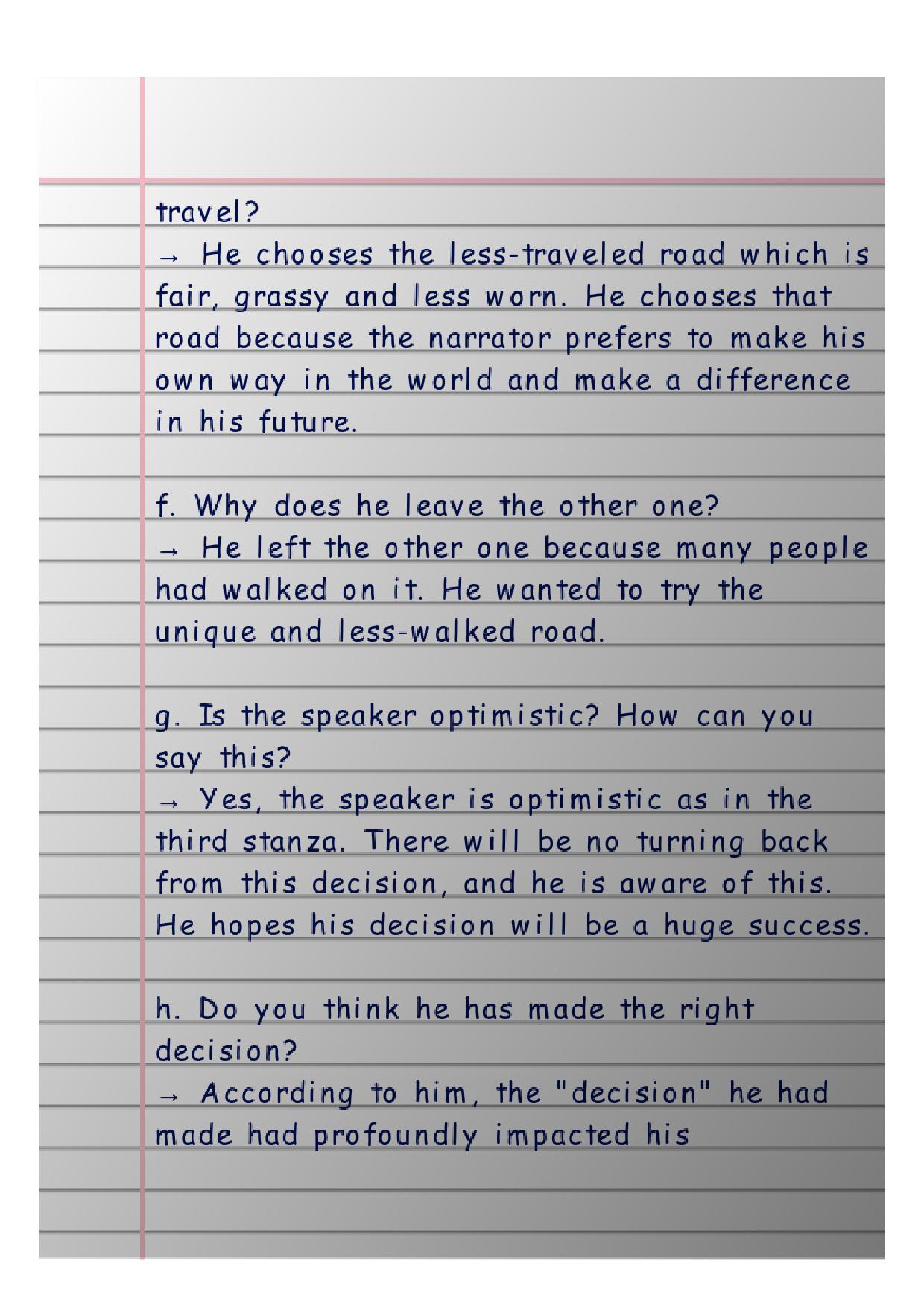 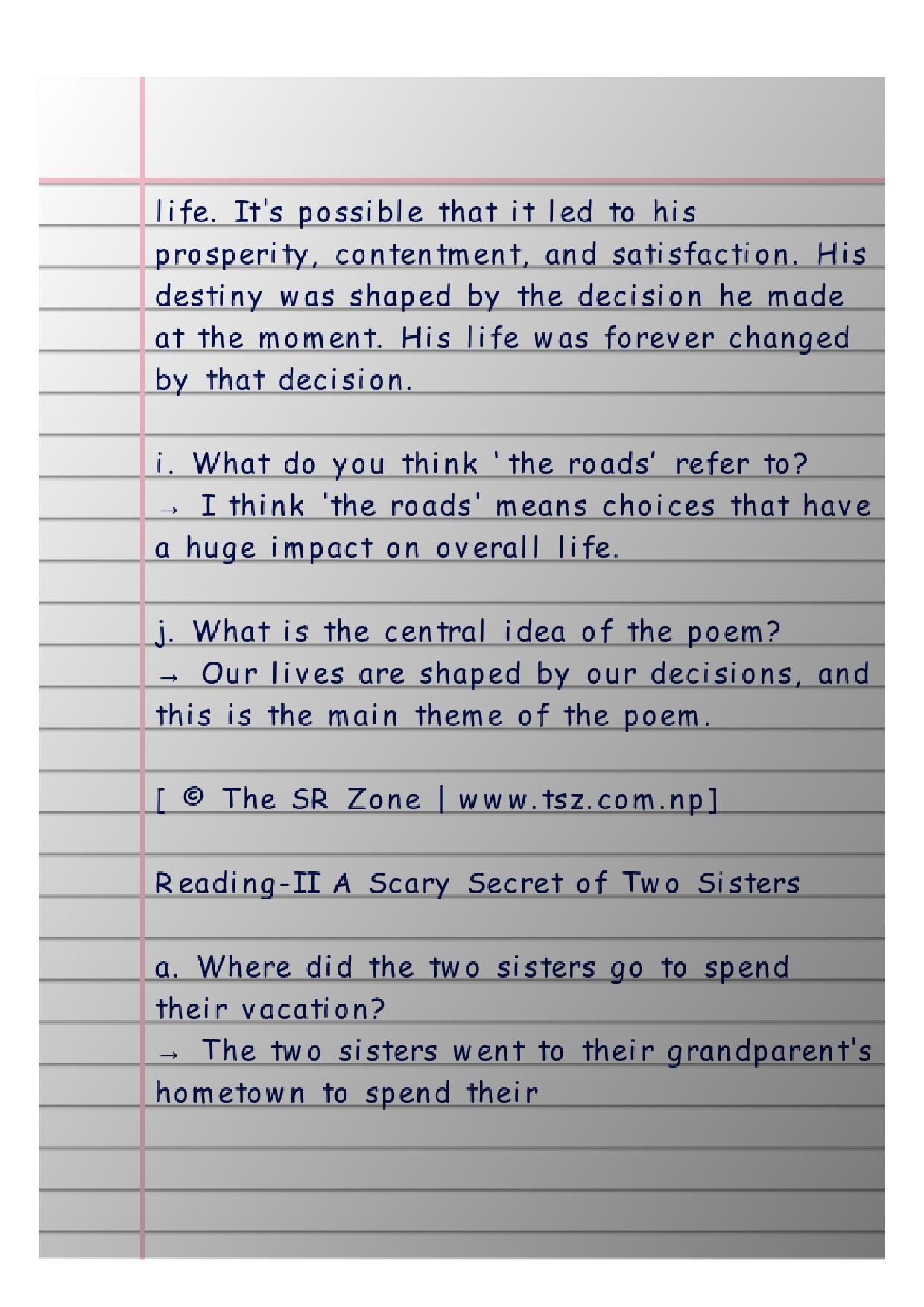 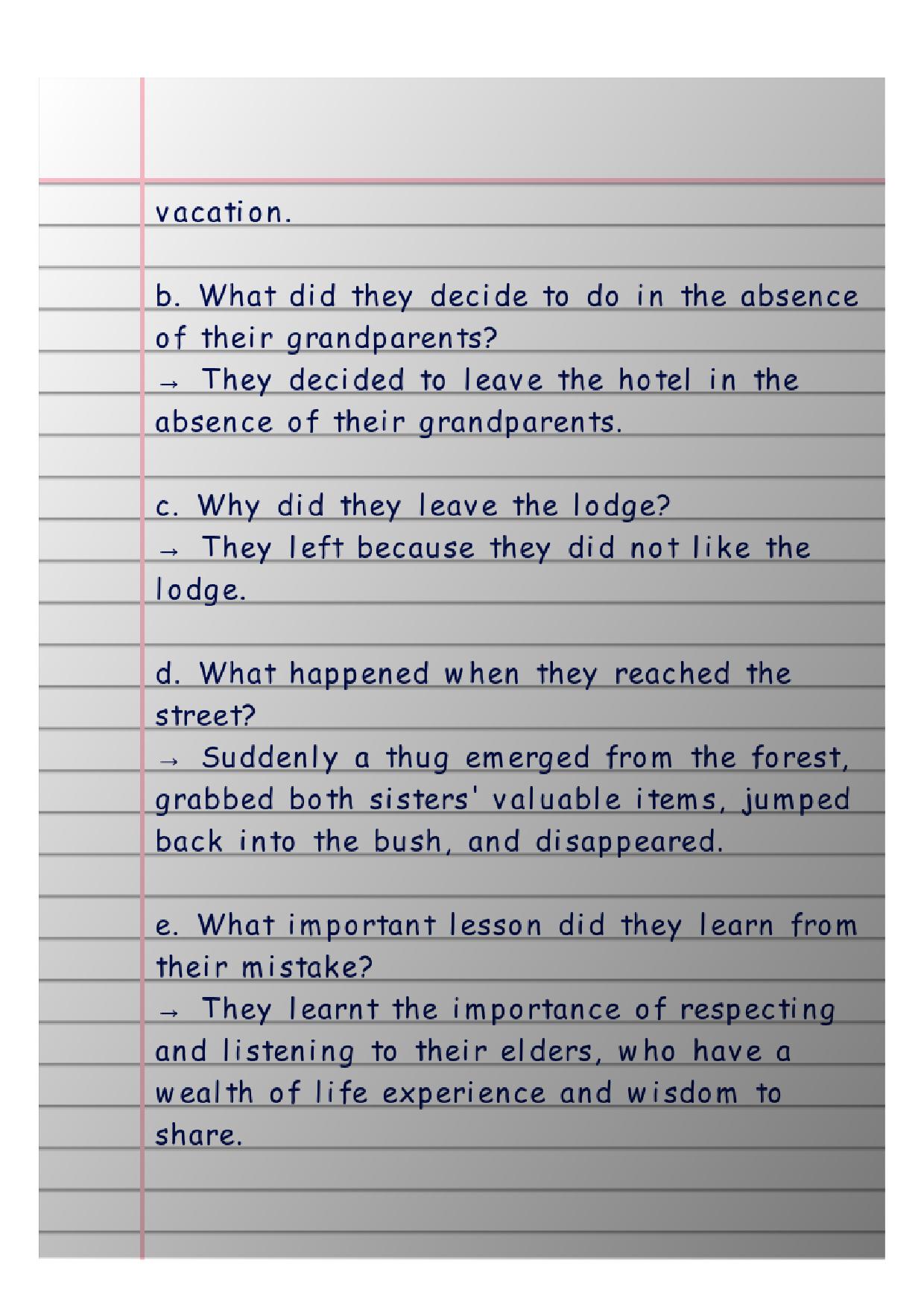 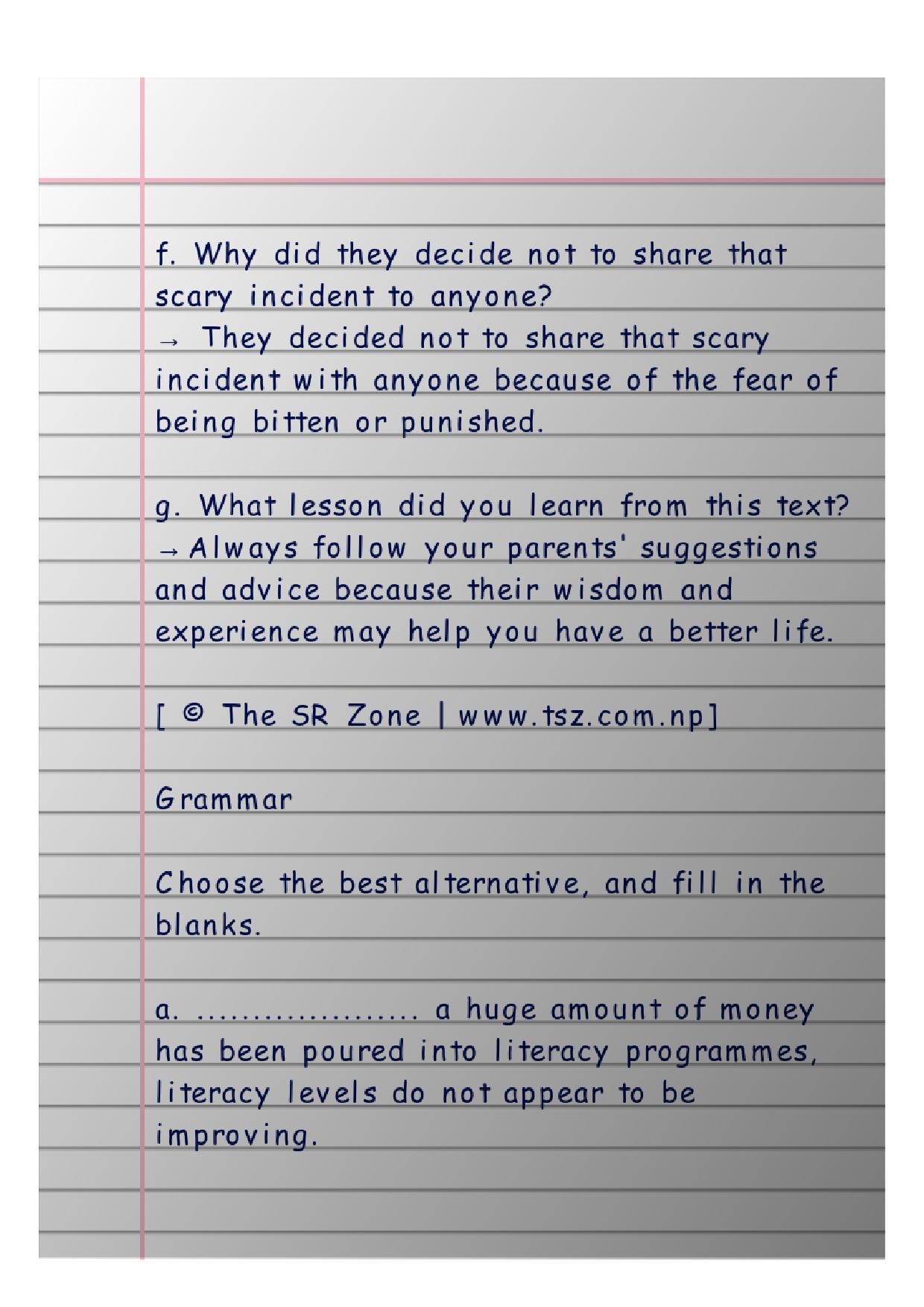 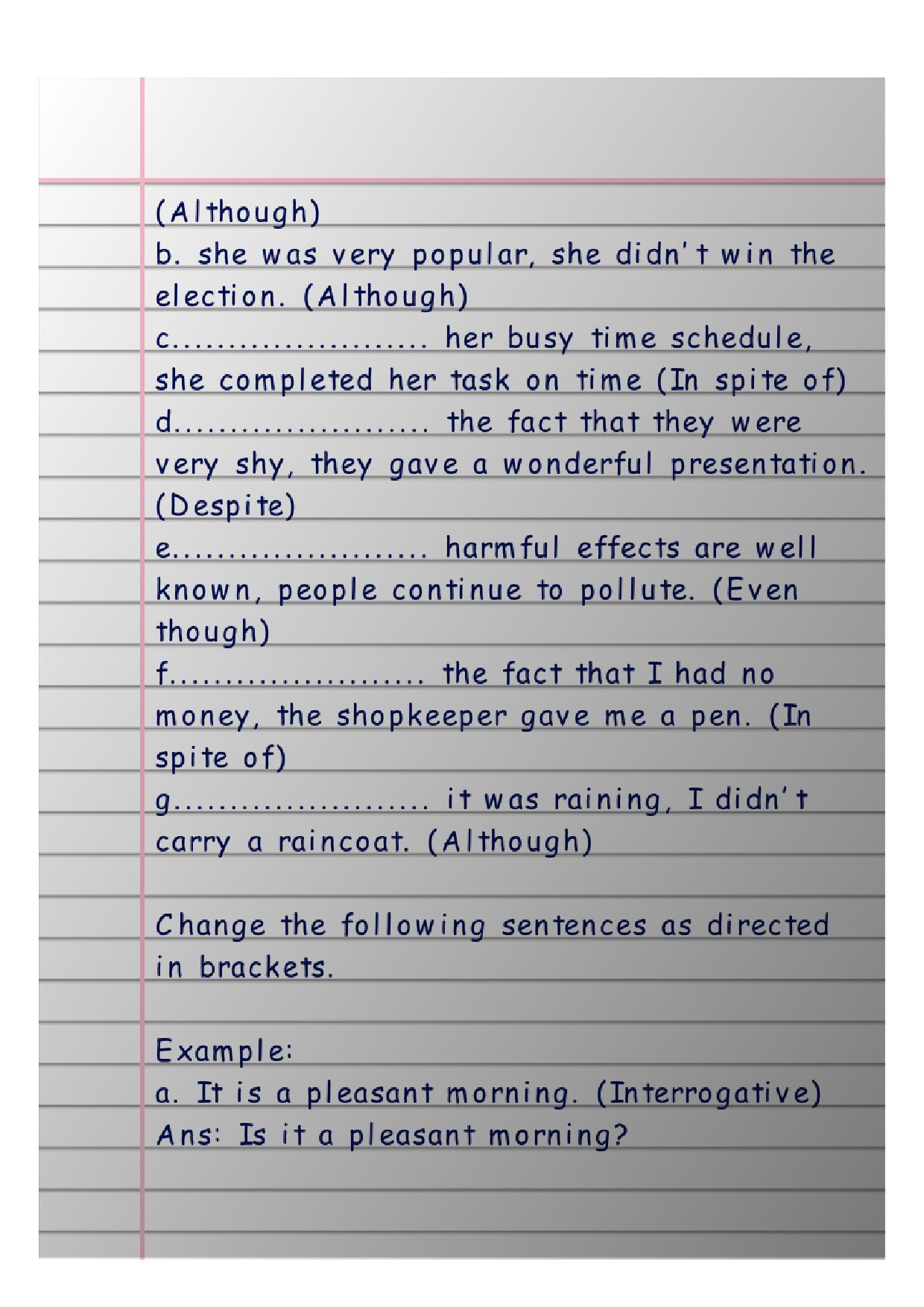 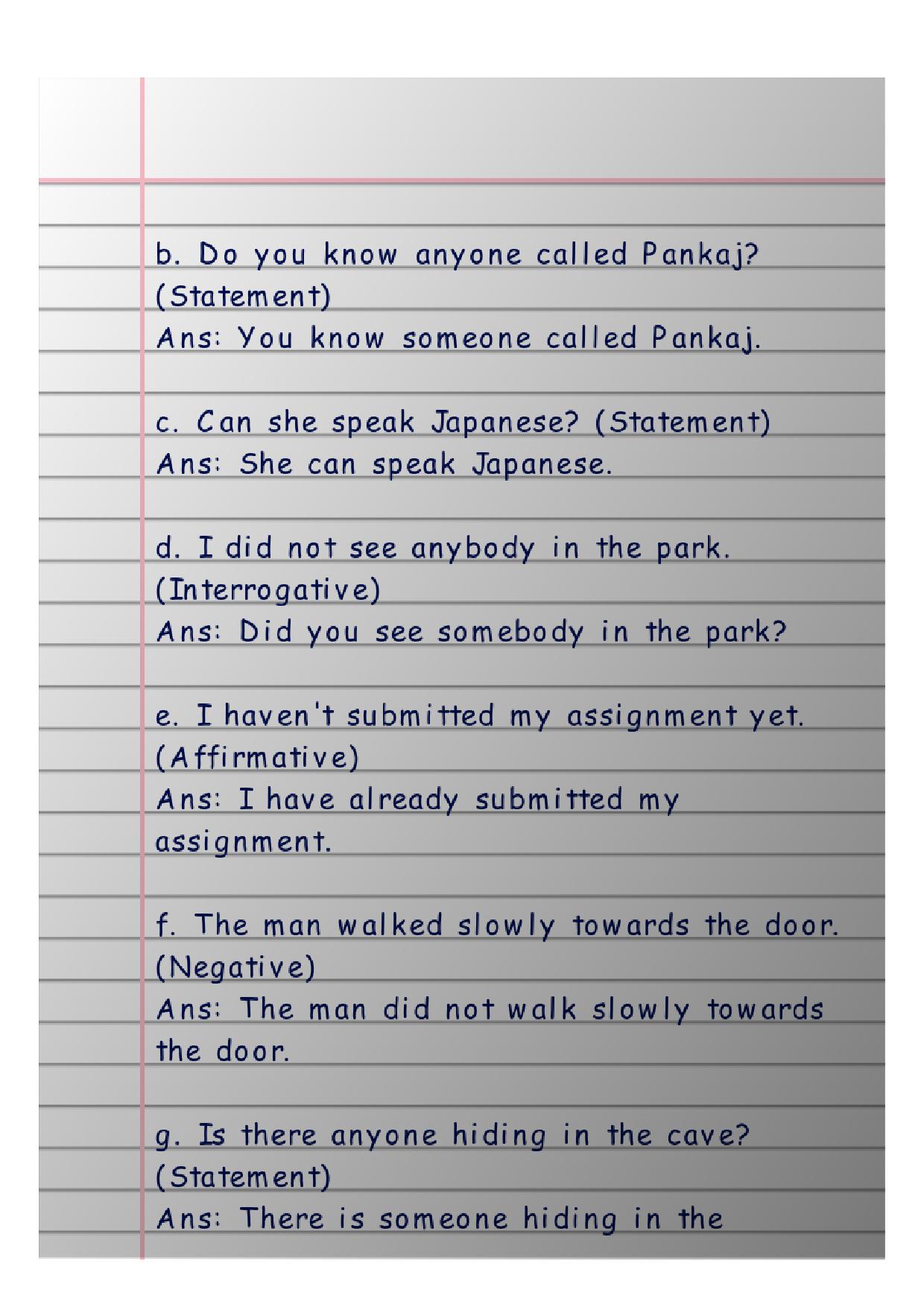 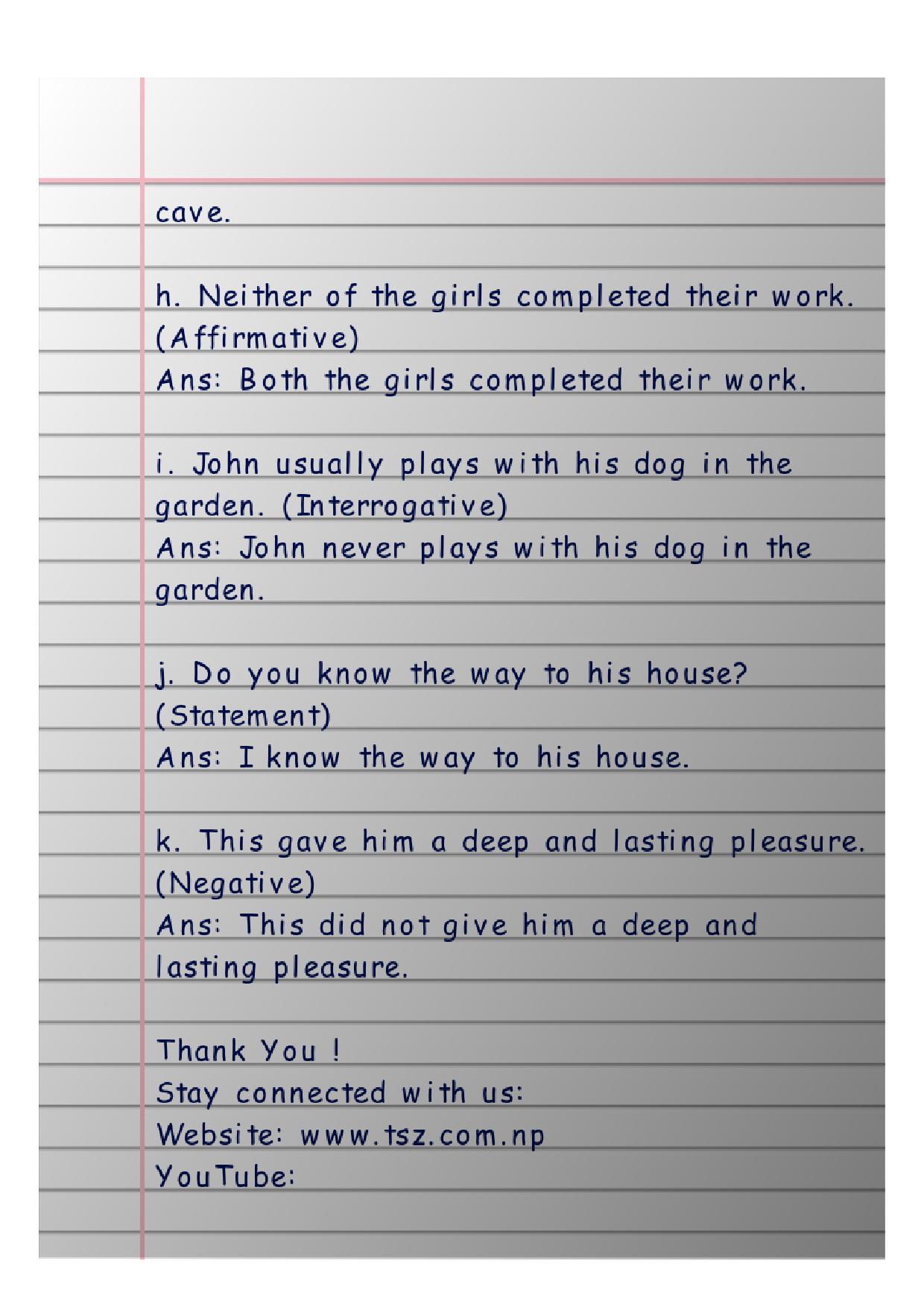 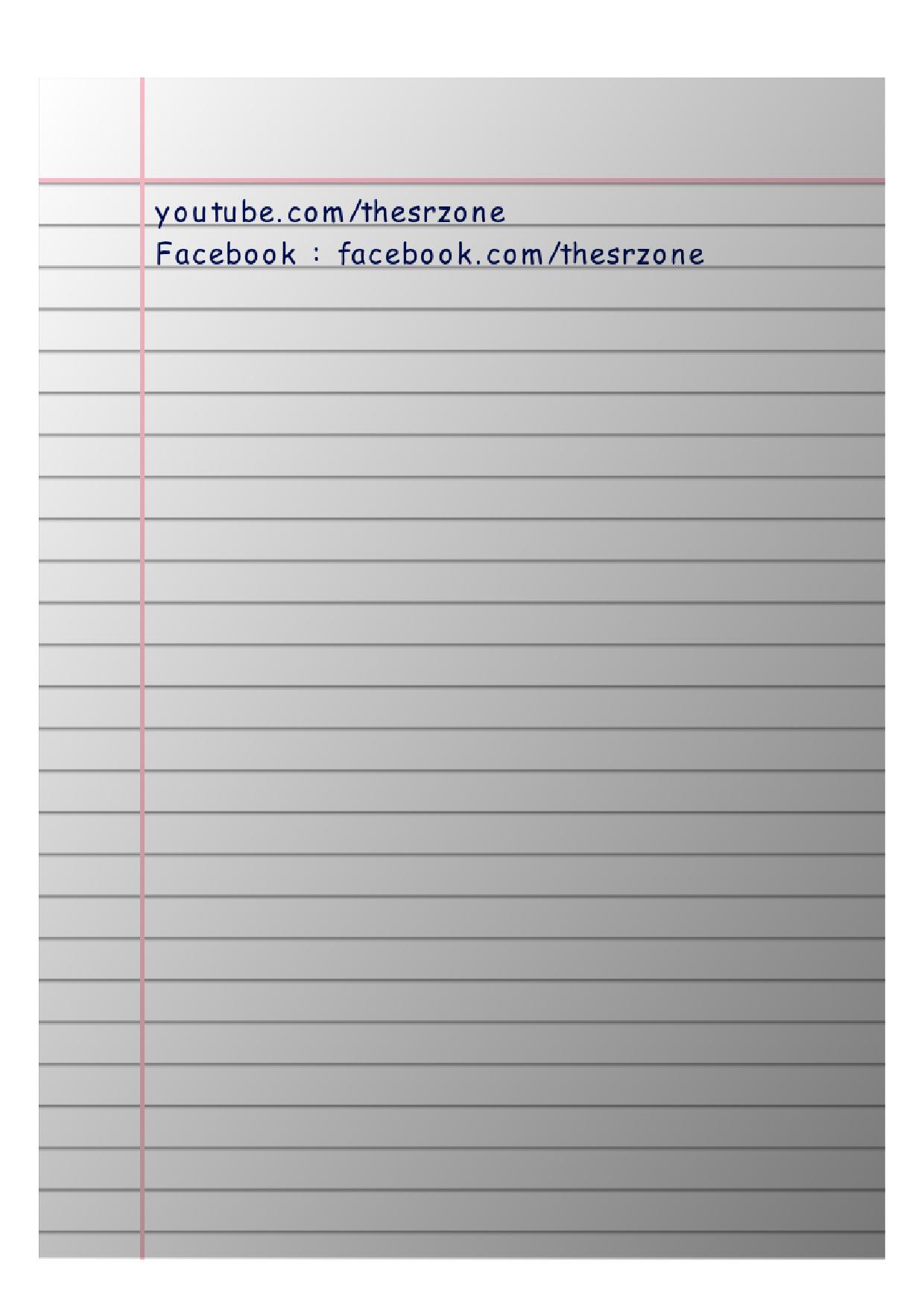