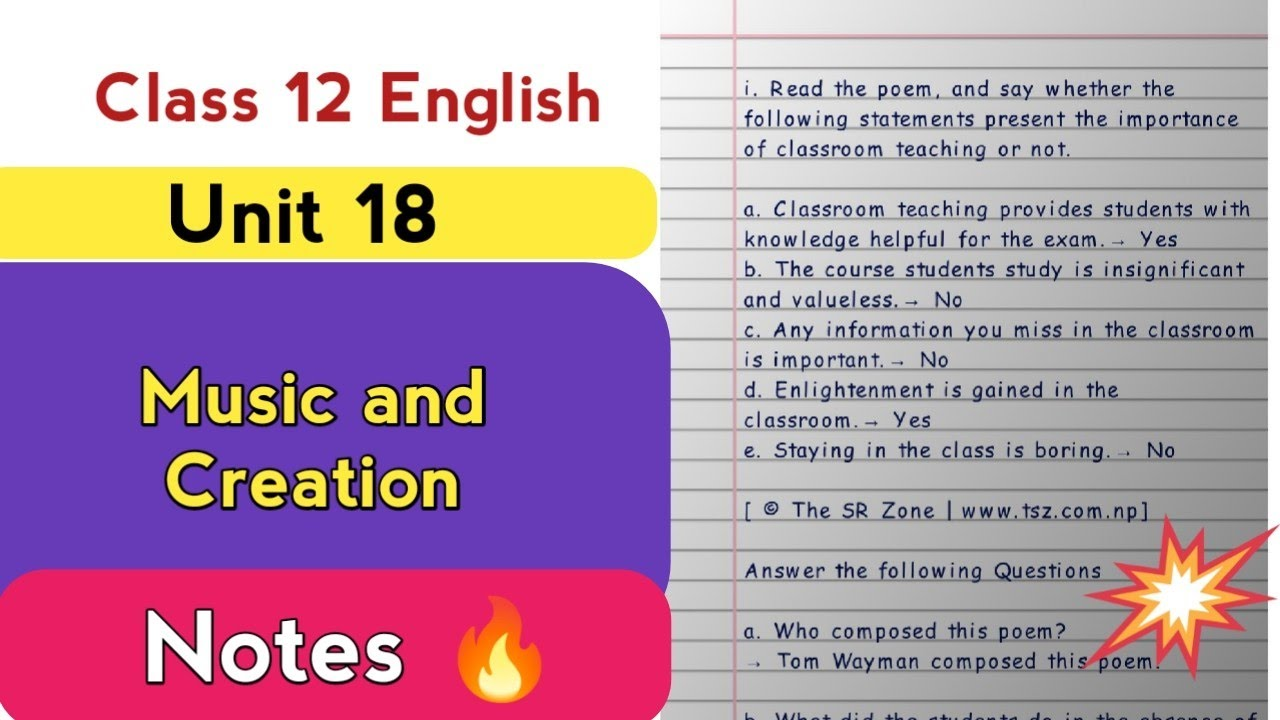 A. Find the single words for the following definitions. The words are given in the jumbled letters at the end.

a. A person who hates or distrusts mankind .......... maenporth - misanthrope

c. An examination of a body after death to determine the cause of death.....

d. A musical composition or movement for five instruments or voices..... itqneut - quintet

f. An object that directs one's attention away from something else....nodsitstarc - distraction

g. The action or process of becoming impaired or inferior in quality, functioning, or condition............. nedotietraroi - deterioration

i. A hearing disorder that makes it hard to deal with everyday sounds. sihpyraesuc- hyperacusis

C. Use a dictionary and find the definition of these genres of music.

Gospel music- the teaching or revelation of Christ.

Country music-a form of popular music originating in the rural southern US.

Dubstep- a minimalistic, repetitive beat with a powerful bassline.

B. Put the musical instruments into different categories as below.

A. Put the following events in the life of Beethoven in chronological order.

a. c. Beethoven was born into a musical family in Bonn, Germany.

b. e. He learned to play the organ, piano, violin, and viola.

c. He migrated to Vienna.

d. At the age of twenty-seven, he felt deafness to high-pitched sound.

e. His deafness got gradually worse: He could hear but not understand.

f. g. He lived a life in seclusion.

g. b. He even made suicidal attempts.

h. f. He died of hepatitis at the age of fifty-six.

B. State whether the following statements are True or False.

b. Beethoven became blind in a gradual process over two

c. He became a celebrity musician in his teenage. - True

d. He did not disclose his hearing problem for a long time. -

e. He knew that he misunderstood the speakers and gave

up his public performances.- False

f. He tried to get his deafness treated until his death. - False

h. Doctors found the cause of his deafness after his death. -

a. What does Hellen Keller think about deafness and blindness?

Hellen Keller believes that blindness and deafness divide people from other people and things.

b. Why does the author compare Beethoven with Milton, Van Gogh and Toulouse-Lautrec?

Beethoven is compared to Milton, Van Gogh, and Toulouse-Lautrec by the author because they all suffered from disabilities.

d. When and how did Beethoven notice him being deaf?

Beethoven became aware that he was deaf when he lost his capacity to hear high-pitched noises when he was 27 years old. This made him realize he was deaf.

e. What psychological effects did he have when he noticed that he was being deaf?

To avoid revealing that he was deaf, he avoided social activities for two years. Because of this, he suffered from increased anxiety, depression, and a diminished sense of self-worth and self-confidence at work.These were the psychological effects occurred when he realized he was deaf

f. How did he triumph over his suicidal thoughts?

He overcame his suicide thoughts because his strong principles and love of music. In addition, he remembered reading that a man should not give up on life because he can do so many other wonderful things while still alive. Because of these factors, he was able to overcome his suicidal tendencies.

g. How did he accept his deafness?

At the very end, he accepted his deafness, saying that nothing could rescue him from it. Ultimately, he had no choice but to accept it since he could not go any farther.

h. How was his deafness ironically good for the world?

Because of his deafness, he became more creative and was able to listen to his own thoughts and emotions without the interference of others.

i. When did Beethoven Give up his musical performances forever?

Beethoven decided to give up his musical concerts in his mid-40s because it had become an embarrassment.

j. What did Stephen von Breeuning comment on Beethoven's reactions?

During a rehearsal for the Eroica in 1804, Beethoven's friend Stephen von Breeuning said that Beethoven had mistrusted his closest friends because of his difficulties hearing wind instruments.

k. How did Beethoven express the conflict in his mind?

Beethoven's inner conflict could be seen in his withdrawal from social gatherings, in his distrust of his closest companions, and in his repeated thoughts of suicide.

What is going on with me? My hearing is deteriorating. During practice, I can't hear wind instruments.  I was cut off from my workplace and family.

My friends began to doubt me. They think I'm deaf. Now I have been useless. I would not be able to make music alive. It terrifies me. I should die.

But, what will I get by doing suicide? My doctor can't make me as good as I was before. It was in my fortune. Suicide is wrong. It is not a lasting answer to a transient situation. I should overcome my suicidal impulses. I should ponder about life morality and music.

Human life is priceless. I can make everyone believe I'm normal, functioning, and OK. People believe a guy should not give up on life since s/he can do so much more.

b. Was it divine inspiration or rigorous practice that made Beethoven one of the world's greatest musicians? Give the reasons.

Beethoven did not become one of the greatest musicians in history because of supernatural inspiration, but rather because of his dedication to practice and his confidence in music.

His talent and dedication to his art made him one of the world's most successful musicians, not only in his own nation. He kept working in the music industry even after he lost his hearing. He was a legendary musician because of his devotion on music. During the Classical-Romantic transition, German composer Ludwig van Beethoven was the most renowned figure.

Who is your favorite Nepali musician/ singer ? Write his/her biography in about 300 words.

Narayan Gopal is Nepal's most famous singer. When people think of Nepali music, they think of Narayan Gopal. He is well known as the main singer. He was a gifted composer and pianist. He had a great voice and was quite versatile.

Narayan Gopal, a master of Nepali music, has been nicknamed "Swor Samrat" (meaning "King of Voice"). His most renowned songs are "Euta Manche Ko Maya le Kati," "Jhareko Paat Jhai," and "Yo Samjhine Man Cha" . His compositions generally use sitar, harmonium, and flute, giving them a luscious tone. His vocal range allowed him to sing a broad range of songs.

Nearly 500 songs in film, ballet, and theater. His talents to Nepali music have won him the Trishakti Patta and Chinnalata Puraskar national awards. His tunes are mostly melodic. Even though he has just 500 songs, they are all remarkable in some way.

Nepal still offers his songs on CDs and cassettes. He is believed to die because of his well-known alcohol consumption. His tunes are still appreciated and sung after a decade. His legacy will endure.

B. Fill in the blanks with appropriate prepositions.

b. I have great respect..for... my teachers.

g. The young generation of Nepali people don't take interest ...in ... politics. h. Our village was not infected...by... Corona.

C. Fill in the blanks with for, since, until, by or in.

f. She practices the Sitar every day...for....five hours.

g. He lived in Jumla ...until... he passed high school examinations

h. There is no chance of dry weather even today. It has rained ...since... last Saturday.

Next : Unit 19 Migration and Diaspora