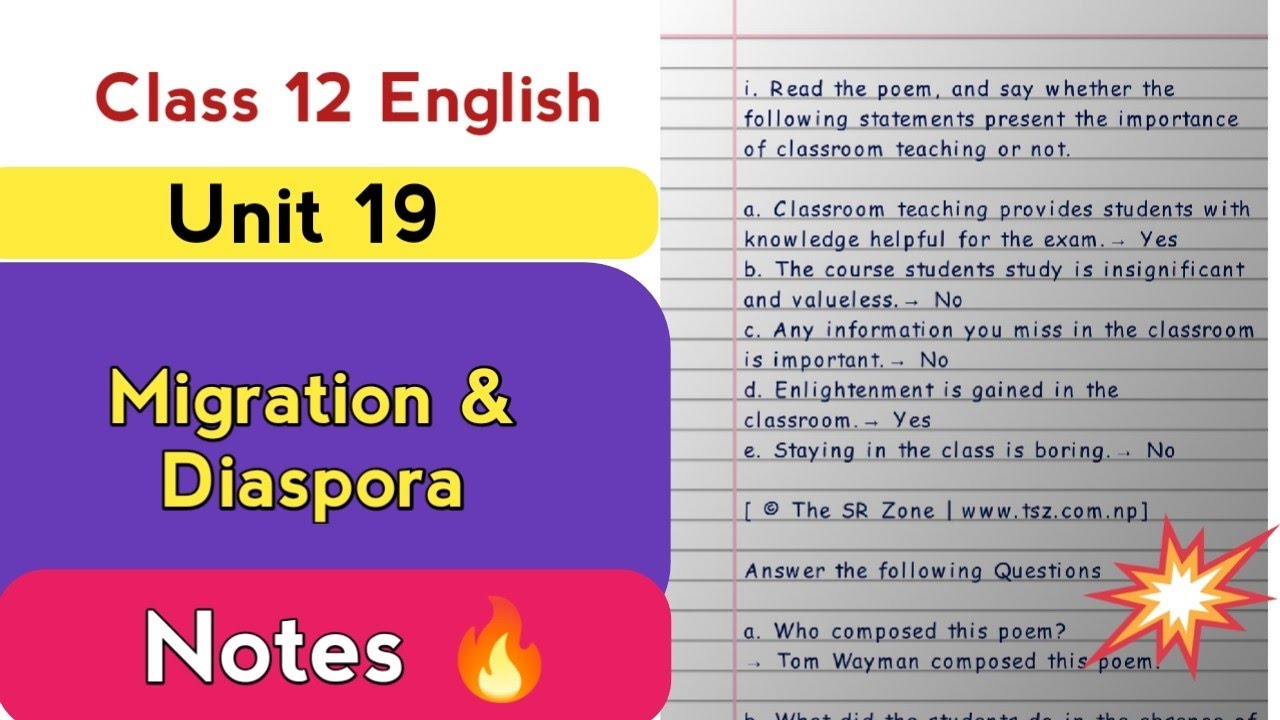 A. Find the words from the text that have the following meanings.

The first letter of the word has been given.

All sounds are either voiced or voiceless. Voiced sounds are those that make our vocal cords vibrate when they are produced. Voiceless sounds are produced from air passing through the mouth at different points.

C. Write the number of syllables and mark the stressed

syllable of the following words.

A. Match the first halves of the sentences

One has been done as an example.

a. The term assimilation has been used - (-iii. as an analytical tool in the study of integration of the migrants.

b. It is essential to study the process of diasporization -v. in order to understand the description of immigration.

c. The definition of dediasporization -vii, focuses only on the aspect of relocating migrants to their homelands.

d. The dediasporization process for migrants who have not given up  their native citizenship -Vi. requires them only to return to their homeland.

e. Some countries grant full citizenship to the returnees -iv. While

some countries bar them from certain rights.

f. It is surprising that -i, in some countries the returnees are

g. The role of a state in diasporization -ii, reveals its cientity

a. According to the author, what are the three aspects of migration?

Forward movement, migrants themselves, and backward movement are the three aspects of migration, according to the author.

b. Which aspect of migration is neglected by the researchers?

Researchers tend to neglect the multifaceted nature of the dediasporization process.

d. Why is the role of the state important in dediasporization?

When someone leaves their home country, the state has a big influence on the process because it makes sure that the person is eligible to become a citizen again, with all of the rights and responsibilities that come with it. The state also has set rules for how it makes decisions in each case.

e. How is the Chinese diaspora in the Caribbean different from others?

The Caribbean Chinese diaspora is different from others because the locals still see them as outsiders, despite the fact that they have been there for over a century.

f. Why is it difficult to regain citizenship after returning to the homeland?

Regaining citizenship after returning to one's native country is difficult because it depends on the state's decision to provide legal validity to citizens. Some nations allow individuals to relinquish their citizenship, but the process of reclaiming it might be very difficult.

g. What do the Germans feel towards the returnees from Russia, Kazakhstan and Uzbekistan?

Returnees from Russia, Kazakhstan, and Uzbekistan are treated differently by Germans than German citizens and other members of society.

h. How are the returnees' activities in Israel different from that of other countries?

The actions of returning citizens in Israel are different from those in other nations. They mention full citizenship from their political parties and push for the rights of other Israeli citizens.

i. What is the role of the individual in dediasporization?

Dediasporization relies on the individual to integrate with the local population, maintain their nationality, and participate in the process of nation-building.

a. Many Nepali people are living in foreign countries now and they are known as Non Residential Nepalis (NRNS-HIYOH UST). The NRNs are asking for dual citizenship rights. Do you think the Government of Nepal should address their demands?

Non-Residential Nepalis, as the name implies, are individuals who have left Nepal and are now residing in other countries (NRNS). In Nepal, this is a growing trend. Some of them have dual citizenship with the nations in which they now live in the U.S. and another country.

People in Nepal cannot be citizens of two countries at the same time, according to the law. They have to leave one nation and give up their citizenship in order to get citizenship in another. As a result, many individuals are forced to relinquish their nationality.

Non-Resident Nepalis should not be granted citizenship as a long-term solution, but rather should be given the opportunity to work inside the country for the well-being and happiness of its population as a whole.

b. The NRKs celebrate festivals like Teej, Dashain, Lhosar, Id and Holi in foreign countries. What do these celebrations signify?

Non-Residential Nepalis are Nepalis who reside outside of Nepal (NRNs). Festivals like Lhosar, Id. Teej and Dashain, Holi, and many more are celebrated across the world by NRKs.

They have a strong sense of patriotism and love for their homeland. They long for their native place and all of its customs, festivals, and rituals. They are Nepalis by birth. Despite the fact that their physical bodies are in other nations, their thoughts and emotions remain in Nepal. These celebrations serve as a link to their native place for them.

A. The following words and phrases are used in interpreting data of different types of charts and diagrams. Study the words/phrases and put them in the right column.

B. Make comparisons when required.

b. Reasons for internal migration

The pie chart below shows the causes for people relocating inside the country. It mentions marriage among other things. another historical explanation. new businesses, education. The desire to pursue work, a better life, and other considerations motivate migration to the country. The most prevalent reason for leaving the country is marriage (54%).

The low migration rate is due to a family component. That is, a different sort of familial purpose is least to blame for the flood of people entering the country. The second most popular motivation for migration is a better lifestyle. People relocate from rural to urban areas and vice versa for the same reasons. The graph shows that people relocate when their wants are not supplied locally, and that marriage is the most prevalent cause.

B. Study the following sentences and find the differences between them.

a. My grandfather used to smoke but he doesn't smoke now.

b. I would always talk to my grandfather whenever I had a problem.

Now, complete the sentences with used to or would.

e. We... used to ... have lunch in the same school café when I was in middle school.

f. My father ... used to …play badminton before he had a backbone problem.

k. On Sundays, My mother would. wake up and go to the temple.

m. My father ... would... always read me bedtime stories before bed.

Next : Unit 20 Power and Politics