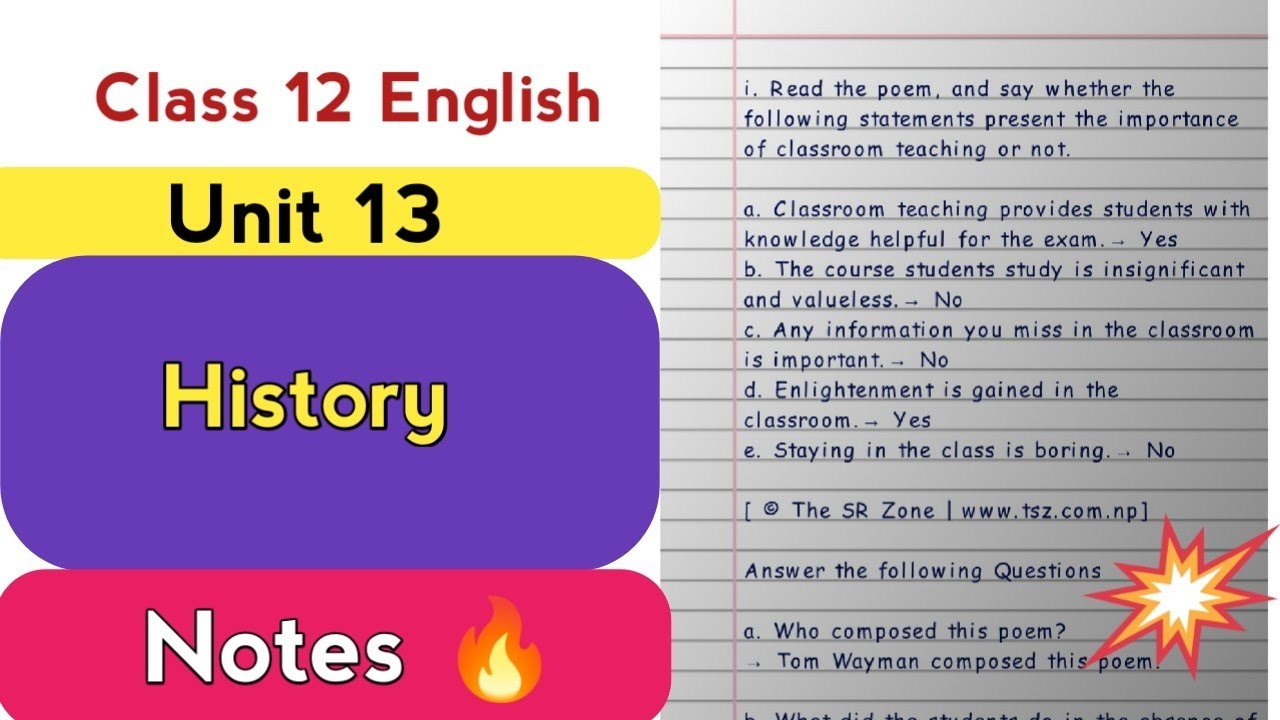 History
After the World Trade Center

A. Match the words with their definitions/meanings.

a. Passion -iv. any powerful or compelling emotion or feeling, as love or hate

b. surveillance -viii. continuous observation of a place, person, group, or ongoing activity in order to gather information

C. integrity -X. the state of being whole, entire, or undiminished

g. innovation -vi. an idea, practice, or object that is perceived as new

h. panorama -V. an unobstructed and wide view of an extensive area in all directions

i. resilience -iii . the power or ability of a material to return to its original form, position, etc., after being bent, compressed, or stretched

j. evacuation -vii, the removal of people or things from an endangered area

B. Define the following professionals. One has been done for you.

a. Civil engineer- a person who is responsible for designing and maintaining infrastructure such as bridges, dams, and highways.

b. Mechanical engineer-  the branch of engineering concerned with designing devices that generate electricity.

c. Aerospace engineer - This is a profession that focuses on designing airplanes, satellites and weapons.

h. Food engineer- A food engineer is an engineer who specializes in developing and designing systems for the production of food products and agricultural resources.

a. Where were Frank and Nicole employed?

The World Trade Center employed Frank and Nicole as architects.

b. How does the author describe Frank's attachment to the twin towers?

The author describes Frank's attachment to the twin towers as a source of income and a source of fascination.

C. How did the two families become intimate with each other?

Their children are what led two families to become intimate with each other.

d. What, according to Nicole, did Frank think of the towers?

A tower was a great human achievement, according to Nicole, and Frank was quite connected to it.

e. Why did Frank want to help the people in the tower after the attack?

Immediately after the attack, Frank wanted to help those in the tower because he was aware of its strength and durability and the fact that it had an emergency exit.

f. Why did Frank not follow Nicole's request even after knowing that the building was on fire?

Frank didn't follow Nicole's advice even though he knew that the building was on fire. He wanted to direct the evacuees to people and help those who were in need.

g. Who did Frank call from the building after the attack?

Frank called his sister Nina from the building where the attack was taking place and told her about it.

h. How did Nicole feel after the collapse of the first tower?

After the first tower collapsed, Nicole felt as though she were in the midst of a nuclear winter.

i. Were Frank's children serious as soon as they heard the news of their missing father? Why?

No, Frank's children did not take the news of their father's disappearance seriously because they were too busy playing games and too young.

a. Many innocent people lose their lives in ruthless attacks every year. What do you think the governments should do to protect their people from such attacks and make the world a safer place to live? Discuss with your friends.

Even though many citizens are murdered in brutal attacks every year, it is not desirable since the state must protect its citizens. A country's government is accountable for its citizens' safety and security.

Every country's government should be concerned about global security and work together to ensure everyone's safety.

The government must protect the country and its residents from dangers such as foreign strikes and terrorist acts. A government is in charge of defense, foreign policy, national security, the economy, and social services.

The government should take several measures. Government should create courts and prisons, and elect or appoint people to pass and execute laws. Taxation should be utilized to support an army and police force.

Finally, the government should preserve peace and order, establish strict laws, aid its citizens, and protect the nation and its people.

b. Revenge and violence are integral parts of history and civilization. They can't be ignored, only managed. Do you agree or not with this statement? Present your logic.

Yes, I believe . Violence and vengeance have long been part of human civilization. Inaction may cause new issues for civilisation. They won't go away.

Victims of physical or verbal abuse want revenge. This provokes unpleasant feelings like rage and hatred. They are humiliated when made to feel weak, foolish, ignorant, or ashamed, and take revenge via violence.

Signed on June 28th, 1919, the Treaty of Versailles ended the war, but also humiliated and shamed Germany. It also obligated the German government financially. In 1939, Germany re-started WWII as a form of vengeance.

Revenge may be both good and harmful. Various types of violence include psychological, physical, and sexual assault. Violence is caused by biological, social, cognitive, and environmental factors. So, Revenge and violence are essential components of human history and civilization.

A. Write a description of an event that you have recently witnessed.

A few weeks back, I was walking to school at 8:00 a.m. As I walked near Bhrikuti Chowk, two young motorcycle’s crashed into a vehicle. The motorbike riders landed around four feet distant. One of the two young victims died there. The motorcyclist received a severe right-side head injury. Despite his injuries, he recovered. They were sent to hospital. This horrifying accident left me astonished and awed. That night I had nightmares. This is a past incident that still bothers me.

B. Human life does not pass as one expects. You can have also gone through various yet noteworthy experiences. Write an essay on 'An Unforgettable Event in my Life' in roughly 500 words.

'An Unforgettable Event in my Life'

This incident changed my life.

She was on a scooter and she braked forcefully to avoid hitting those men. They teased and stopped her. One of them instructed me to turn around and depart as I approached on my bike.

I saw the female face as I was about to do a U-turn. Her cheeks swelled with worry and grief. She couldn't talk due to fear. I asked myself, Why do I leave her? In reality, there are four drunk guys, so I can't assist her.

These thoughts occurred to me instantly. After that, I got off my bike and raced straight to them, hitting the first guy in the stomach and throwing stones at the others. But, I could not defeat them as I am not a hero. My face, stomach, back and legs were all beaten. I shouted at the female to leave the place. She left quickly.

They continued pounding me, and I tried to defend myself but couldn't. Then they departed.

I escaped with minor bruises and no blood on my face. Then I went home and slept with pain and a smile for the first time.

Since then, I've defended and assisted others. Protecting others does not mean fighting physically, but rather sticking up for the one in need. Help can save a life. One need not be a hero or strong to fight evil.

B. Complete these sentences with the correct prepositions.

a. The relationship between the two boys has changed significantly over the past few years.

b. In Nepal, many girls get married at an early age.

c. I'm not in the mood for such silly games.

d. There were no security personnel on duty at that time.

e. The new Smartphone is similar to the one I bought a few years ago.

f. My dad insisted on taking the later train.

g. People with ambition always try to achieve their goals, no matter what happens.

h. Mr. Jenkins has been disabled all his life as a result of a childhood illness.

i. We bought the TV because it was for sale.

j. She has no understanding of how computers really work.

k. I gave him my new T-shirt in exchange for a few cigarettes.

L. The company is run by two people who hardly ever meet.

m. All the celebrations and parties were called off because of the tragic accident.

n. There was a great need for volunteers at the site of the crash.

What are we seeing here? The very real possibility is that these are the educational consequences of the differences between parenting styles that we talked about in the Chris Langan chapter. Think back to Alex Williams, the nine-year-old whom Annette Lareau studied. His parents believe in concerted cultivation. He gets taken into museums and gets enrolled in special programs and goes to summer camp, where he takes classes. When he's bored at home, there are plenty of books to read, and his parents see it as their responsibility to keep him actively engaged in/ with the world beside/except him. It's hard to see how Alex would get better at reading and math in the summer.

B. Make sentences from the given clues as stated in brackets.

a. Who/pass the exam? (future simple)

Who will pass the exam?

How will you be getting home?

I will come later.

She will have caught the train by 3p.m.

It will rain tomorrow.

f. John/sleep at 4 am. (future continuous)

John will be sleeping at 4a.m.

g. How long/you/see your boyfriend when you get married? (future perfect continuous)

How long will you have been seeing your boyfriend when you get married?

It will be raining in Kathmandu next week.

i. How long/you/work here when you retire? (future perfect continuous)

How long will you have been working here when you retire?

j. He/ not/finish the cleaning by the time she gets home. (future perfect)

He will not have finished the cleaning by the time she gets home.

C. Complete the following sentences with the correct future tense form of the verbs in the brackets.

f. Do you think the teacher (to mark) our homework by Monday morning? - will mark

h. After you take a nap, you (to feel) a lot better-will feel

I. I (to let) you know the second the builders finish decorating. - will let