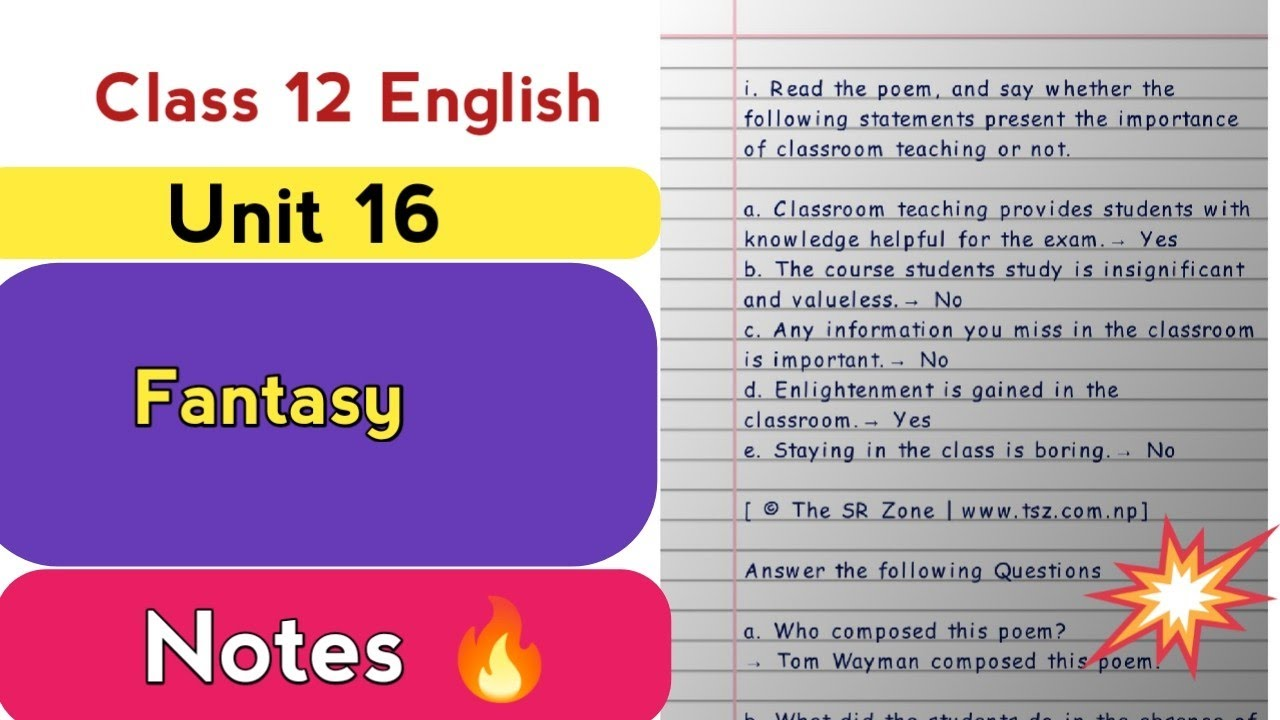 The Romance of a Busy Broke

A. Match the following words with their definitions.

a. snappy - ii. irritable and inclined to speak sharply

b. discretion - vi. the ability to behave without causing

embarrassment or attracting too much attention

d. irresolute-viii. not able to decide what to do

f. fitful - V. a quiet period between times of activity

g. harlequin -ix. a humorous character in some

i. janitress - i, a lady whose job is to take care of a

building such as a school or a block of flats

B. Consult a dictionary or search over the internet and write definitions of the following terminologies used in the stock market.

a. Liquidity: It deals with how quickly an asset can be turned into cash without changing its value in the market.

b. IPO: This is when a private company makes new shares of stock available to the public in a new stock offering.

C. NEPSE: It is the only stock exchange of Nepal.

d. Index:An index is a way to show or measure how something is going. This word is used in finance to talk about a statistical measure of how much a stock market has changed over time.

e. portfolio : The term "portfolio" is used to describe a bag or case that can hold a lot of paper, investments, or samples of finished work. There are many different types of portfolios. A briefcase is one of them.

f. dividend:A dividend is a share of profits that a company gives to its shareholders.

g. turn over :Turnover is a way to figure out how quickly a company gets paid for its debts or how quickly it sells its inventory.

h. Margin:This is a percentage that can be used to show how profitable your business is after expenses have been taken out of your income.

C. Based on the pronunciation, find the odd word from

A. Write 'T' for true statements, 'F' for false ones or 'NG' if the information is not given in the text.

a. Harvey Maxwell was a stockbroker. - T

b. He was not happy with his clerk, Pitcher-NG

C. Miss Leslie had been married to Maxell for a year. - F

d. Maxwell had hired a machine to work in his office. - NG

e. He had instructed Pitcher to get a new stenographer. - T

g. She thought that he had probably gone mad. - F

h. She realized that he had been absent-minded due to his business. -T

a. How did Maxwell enter his office?

Maxwell entered his office in an active way. Maxwell greeted Pitcher with a quick and lively "Good-morning" after arriving with his stenographer.

b. Describe the physical appearance of the young lady.

The young woman looked beautiful in her gray and simple dress along with  her rolled hairstyle. She looked soft and shy, with dreamy bright eyes, real peachblow cheeks, and a happy mood that was tinged with memories.

c. What changes did Pitcher notice in the young lady?

Pitcher noticed a few changes in the young girl. She stayed in the outer office rather than going immediately to her desk in the next room, and she walked close enough to Maxwell's desk for him to see her.

d. What was Pitcher's reply to the young lady concerning a new stenographer ?

Pitcher’s reply to the young lady concerning a new stenographer was that Maxwell had advised him to hire another stenographer and he had notified the agency the previous afternoon to provide samples that day but no one had shown up.

e. What proposal did Maxwell make with Miss Leslie?

Maxwell made a marriage proposal with Miss Leslie

f. How did she react to his proposal?

She was surprised and confused when Maxwell proposed to her. Then tears came from her eyes because she was so confused. Finally, she smiled and put her arms around his neck with love.

a. What message does the writer want to give by presenting Maxwell as an extremely absent-minded person?

In the story "The Romance of a Busy Broker," the author portrays Maxwell as a person who is very forgetful. He is a busy broker who always checks and works on telegrams, mail, telephones and business. He is so busy that he doesn't have time to pay attention to anyone, even his recently married wife.

Author is trying to teach men who haven't taken care of their parents, siblings, or relatives that this isn't acceptable behavior.

As they work on their task, they become so busy that they become addicted to their daily chores. He also forgets his wife and marriage because he has a lot to do. In this way, the writer tells people that being a good family member is more important than working hard or taking care of other things.

b. Imagine you are Miss Leslie. Write how you were troubled emotionally when your own husband came to you and made a marriage proposal.

I am Miss Leslie, the wife of Maxwell. He chose to propose to me and asked me to marry him after being fascinated by the scent of me. As I was already married to him, I was astonished at first, then I burst into tears, and ultimately I smiled and placed my arms around his neck and informed him that we had married the night before. As a result, I felt a mixture of surprise and amusement as my freshly married husband proposed to me.

A busy broker proposes to his own wife due to his forgetful nature.

Maxwell is captivated by the tenderness of Miss Lesile's face and the kindness in her eyes. His feelings for her are undeniable, and he proposes that she marry him. When she sees what he's been doing to his newlywed wife, she's shocked. "We were just married the previous evening," she says, her eyes welling up with tears.

B. Fill in the blanks with suitable relative pronouns: who, which, that, whom, whose, where, why, how, what or when.

d. Why do you blame him for everything ....-goes wrong? -that

f. This school is for those children..........mother tongue is not Nepali. -whose

C. Join the following pairs of sentences using who, which, that, whose, whom, where, when or what.

a. (The building was destroyed in the fire. It has now been rebuilt.

- The building, which was destroyed in the fire, has now been rebuilt.

b. A new cricket stadium is being made in Chitwan. It can accommodate one hundred thousand people.

- A new cricket stadium which can accommodate one hundred thousand people is being made in Chitwan.

c. Shanghai is the most populated city in the world. I stayed there for five years.

-Shanghai, where I stayed for five years, is the most populated city in the world.

d. This is the man. I gave some money to him this morning.

-This is the man whom I gave some money to this morning.

e. Do you know the man? His son was awarded in the school yesterday.

- Do you know the man whose son was awarded in the school yesterday?

f. His step-mother was not very kind to him. He had been staying with her.

- His step-mother, whom he had been staying with, was not very kind to him.

g. He can never forget Nakkhu Jail. He had spent 14 years there.

- He can never forget Nakkhu Jail where he had spent 14 years.

h. He showed me his new tab. He had paid a hundred thousand rupees for it.

-He showed me his new tab which he had paid a hundred thousand rupees for.

i. Nelson Mandela joined the ANC in the 1930s. He was a student then.

- Nelson Mandela joined the ANC in the 1930s when he was a student.

j. She forgot to buy the things. Her mother had told to buy them.

-She forgot to buy the things which her mother had told to buy.

Next: Unit 17 War and Peace