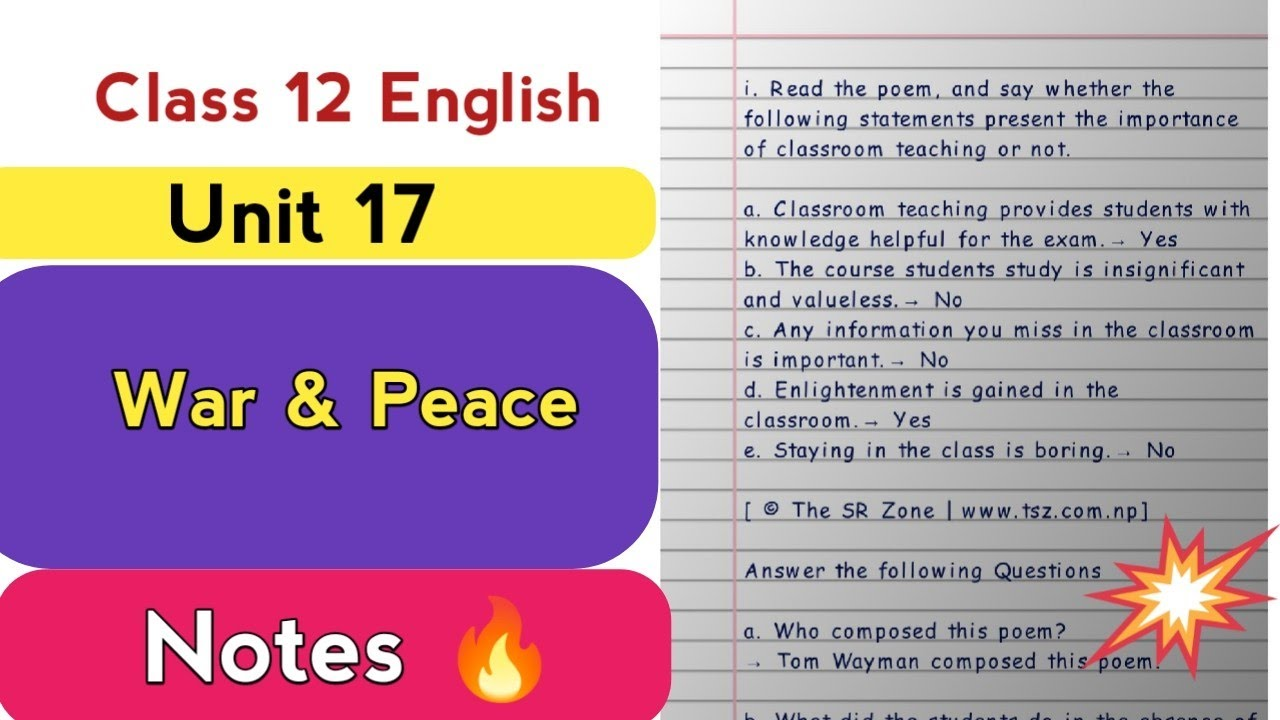 A. What do the underlined words in the following sentences mean? Tick the best answer.

a. The shouting and clamor would continue until long after the train had left the station.

b. There were dozens outside perched precariously on footboards holding on the door handles.

C. The book had gone round the compartment for scrutiny

d. But Jugga had run away, absconded.

e. His countrymen's code of morals had always puzzled him. with his anglicized way of looking at things.

i. characteristics of Indians

f. Iqbal felt a little silly for coming out with these platitudes.

B. Many words have been borrowed in English from different languages. Find the meaning of the following words which are borrowed from Hindi language.

Veranda- an outside platform with a roof of a house

khaki-  Cotton or wool that is very strong and has a dull brownish-yellow color is called khaki. It is often used in military clothing.

pashmina-  a shawl made from fine-quality goat's wool.

Jungle- an area of land overgrown with dense forest

Shampoo- a hair-washing treatment in the form of a liquid

C. Add the given suffixes to the following words to make new words. Notice whether 'e' is retained or dropped.

a. Why did Iqbal want to sleep in the afternoon?

Iqbal wanted to sleep in the afternoon because he had spent the night sitting on his bedroll in a packed third-class cabin of a train.

b. How did people react with each other on the train?

People were fighting and arguing over each other since the train was full.

c. Why did the book Iqbal was reading bring commotion in the compartment?

The book Iqbal was reading brought commotion in the train because he was reading it in English and the compartment felt it was intelligent. They praised and thought it was prestigious because they did not know English.

d. Why did Iqbal have to give clarification with his personal details?

Iqbal had to give clarification with his personal details about his background due to his reputation as an intelligent and smart traveler and since he was the only one with decent understanding of English language.

e. Who was Meet Sing and what did he report to Iqbal?

Meet Singh was the priest of Gurudwara and he reported to Iqbal about the murder of a fellow villager perhaps committed by Jugga.

f. How, according to Meet Singh, was Jugga Sing different from his forefathers?

According to Meet Singh, Jugga singh stole and murdered members of his own village in order to keep the locals safe from other dacoits, unlike his forefathers who, like him, were dacoits, but who never plundered or killed their own village people.

g. How does the author Show contradictions in Meet Singh's character?

The author uses two approaches to show Meet Singh's personality contradictions. He showed his positive attitude by saying he was more concerned about a villager's death than Jugga's. On the opposite hand, He planned to swear on the holy granth that Jugga was praying at the Gurudwara at the time of his murder to establish his innocence.

h. Who was Hukum Chand and how did he succeed in his career?

Deputy Sahib Hukum Chand, better known as Nar adami, was Hukum Chand. As a result of his passion for pleasing his Sahibs, who promoted him on a regular basis, he was able to achieve professional success.

a. Iqbalis addressed as Babu Sahib by general folk simply because he knew English. Are Nepali people who can speak English taken with respect? Discuss the importance of learning English in the Nepali context.

In the essay "Train to Pakistan", the author presents Iqbal as a prestigious person as he knows English well. Furthermore, he is addressed as Babu Sahib by general folk simply because he knew English. In Nepalese context, people give respect to people who can speak English, too. English plays quite a multi dimensional role in day to day life in present Nepalese context.

Speaking English and having wide knowledge of it is widely respected in the Nepalese society. The influence of English is high in the education system of Nepal as well. English is taken as a compulsory subject in schools and colleges and universities. It is used as a medium of communication in banks, railway stations, bus stations, airways, educational sector, medical, private sector, etc. English is a link language and is used in trade and business both at national and international level.

b. Do you agree with Iqbal's comments on crime and punishment? In your view, what should the state, society and individuals do for peace and order in social lives?

Yes, I support the way Iqbal comments on crime and punishment in the essay "Train to Pakistan."

Everyone has a role in the world. People should be kind to each other and mediate fairly if any conflict arises in the place. Peacebuilding strategies, conflict management, conflict resolution, and nonviolence should be followed by everybody.

The role of society is to help people be included in order to improve social cohesion and build on human relations in society, which leads to peace and growth. It helps communities build the skills they need to protect themselves, which helps build peace.

The role of the State is to protect and improve the economic and political interests of the people who run the country.

A. Meet Singh says Jugga is a badmash. There can be such people in your locality, too. Write a paragraph describing him/her.

There used to be a "badmash" named Harke in our area too. He was the most unpopular thug and robber of our village. He has robbed other communities nearby. He had killed hundreds of people. He was idolized by his fellow local gangs. He used to constantly carry a gun. He looked dirty, cynical and cruel with a large beard and big eyes. At the age of 46, Police arrested him and condemned him to life in jail; he died there.

B. You may have traveled by bus or train. During your travels, you might have had different experiences. Write a letter to your friend describing your unforgettable journey.

I am fine and wish you the same. I'd like to tell you about my railway trip from Gorakhpur to Janakpur with enormous excitement and satisfaction.

I was returning from Gorakhpur finishing my business meetings. Our crew decided to return to Nepal by train. We arrived at Gorakhpur Railway Station around 7 a.m. We found our cabin quickly and took our seats.

As the train sped forward, we all looked out the window to take in the breathtaking views of nature. We had a great time. Only, your companionship was missed. We couldn't sleep at night because we were so excited. We spent the night playing, singing, dancing, and making Vlogs.

Finally, the next day, we arrived in Sunauli. It was one of the best days of our lives.

Please convey my Namaste to Uncle and Aunt !

B. Here is an extract from a newspaper article about a missing boy

(Ronish) and his father (Naresh). Decide why different forms of past tenses were used.

The given extract uses different forms of past tenses because the sentences are written in the form of a report or a story. So, the Past simple passive tense is used.

C. Fill in the gaps with the suitable form of the verb in the brackets. Use past simple/past continuous/past perfect tenses. You may need to use negative too.

It was Sunday afternoon. I was watching (watch) a cookery programme on TV when I realized (realize) how hungry I was. But of course, I was hungry; I hadn't eaten (eat) anything since lunch, and I had run (run) a race in the morning. "Biscuits!" I thought (think). My mother had given (give me a jar of delicious home-made biscuits. I went (go) into the kitchen, opened (open) the fridge and poured (pour) some milk in a big glass. Then I looked (look) for the kitchen chair but it wasn't (be) there: somebody had taken (take) it away. And there were no biscuits in the biscuit jar: somebody had eaten (eat) them all! I was sure I had put (put) the jar there the previous day and I had eaten (eat) only one cookie. It was very strange. A few minutes later, I was drinking (drink) my glass of milk when I heard (hear) a loud noise coming from the dining room. I went (go) there quickly and I opened (open) the door. I couldn't believe my eyes. An enormous monkey was eating (eat) the biscuits excitedly on the kitchen chair.

Example: Did you ever see her before you met her at school?

Have you ever seen her before you met her at school?

a. She played the flute and then she had sung in-their choir.

She had played the flute and then she had sung in their choir.

b. I borrowed Rima's car. Had you known about it?

I had borrowed Rima's car. Have you heard about it?

C. After the lesson had finished, we run out of school.

After the lesson had finished, we ran out of school.

Have you been there? Yes, the previous year.

e. Did you liked my article published in the Himalayan Times yesterday?

Did you like my article published in the Himalayan Times yesterday?

f. I recognized him because I saw him before.

I recognized him because I had seen him before.

g. I hadn't gone out because I hadn't finished my homework.

I didn't go out because I hadn't finished my homework.

h. We had done nothing like this at that time.

i. It was quite difficult. I had had no idea what to do.

It had been quite difficult. I had no idea what to do.

j. As far as I'd known, she had always had some pets.

As far as I knew, she had always had some pets.

k. When I met Jim, he was already a soldier for three years.

When I met Jim, he had already been a soldier for three years.

I. He had gone to the coffee because somebody had told him.

He went to the coffee because somebody had told him.

Next : Chapter 18 Music and Creation