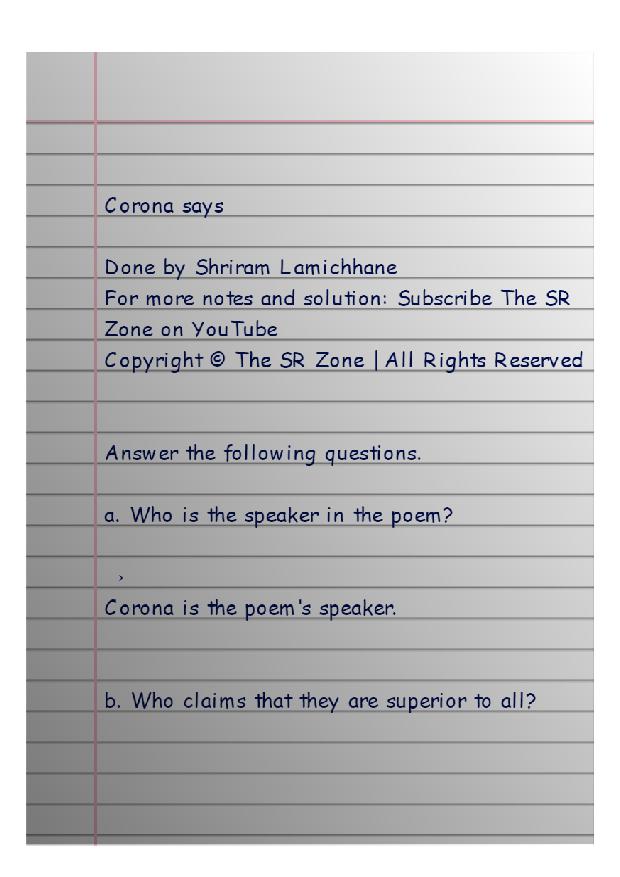 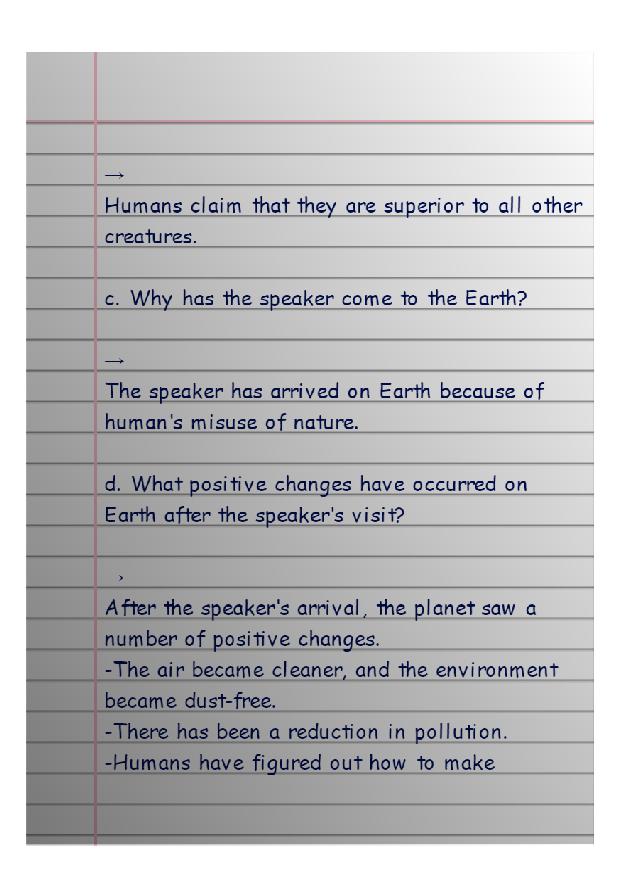 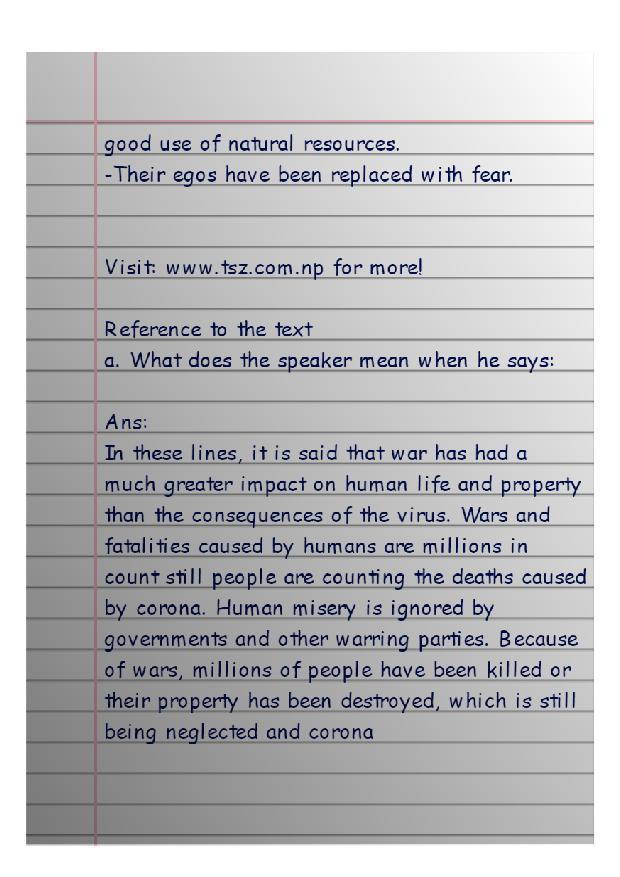 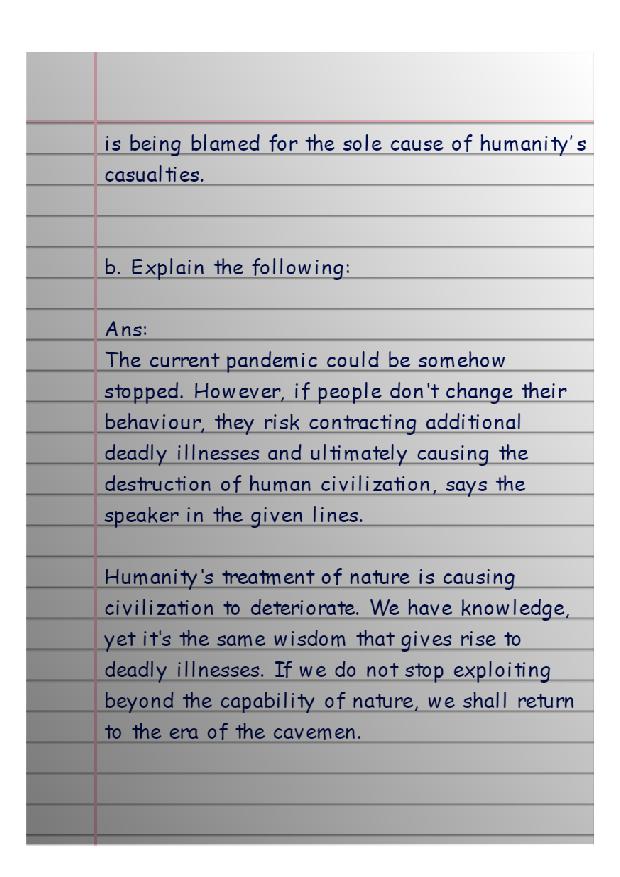 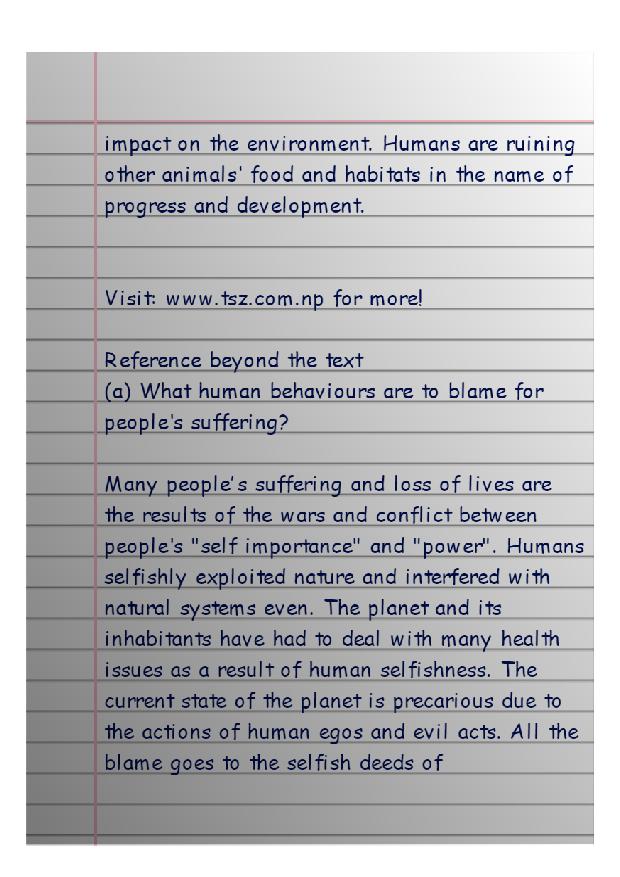 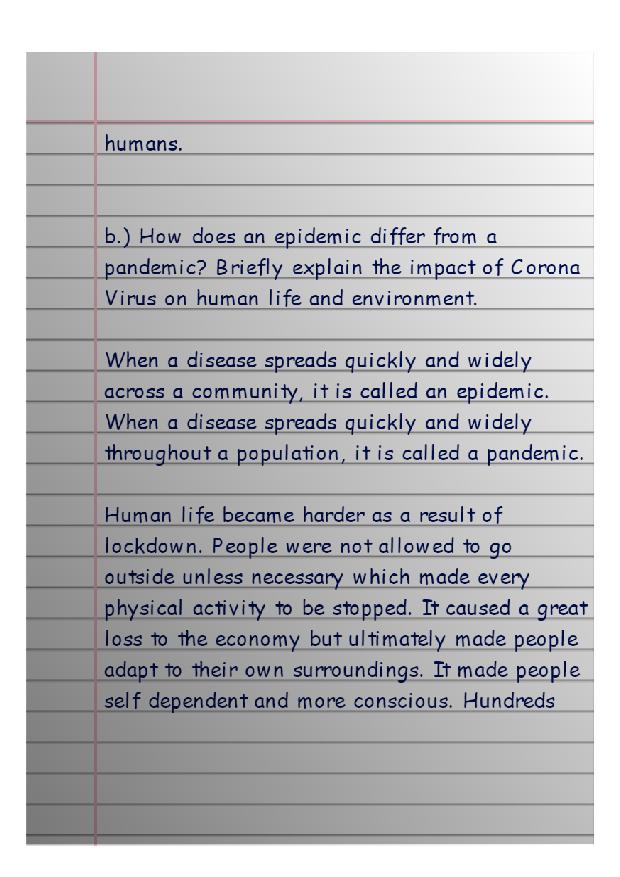 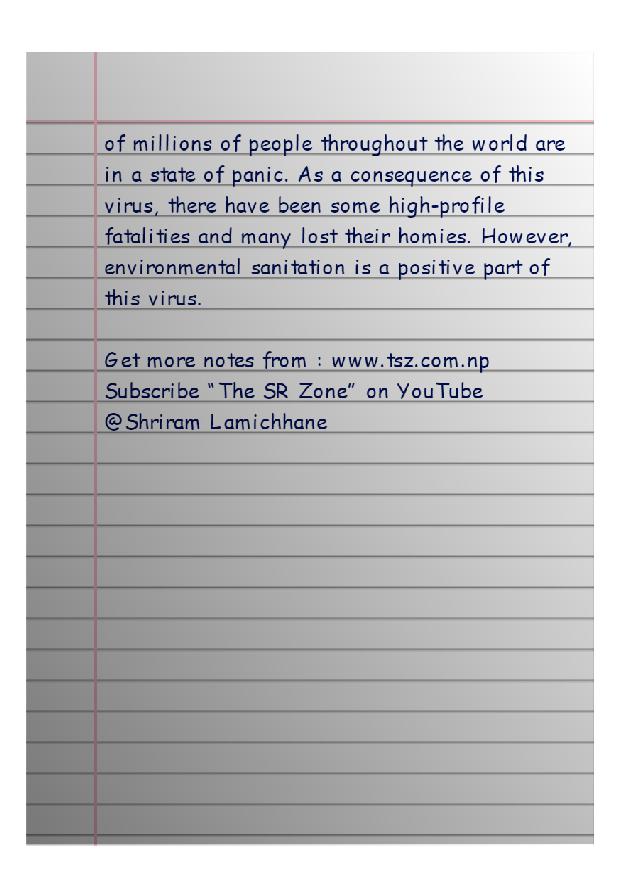 Go to All the world’s a stage Exercise : Questions Answers and Summary

'Corona Says' is a very realistic poem written by Nepalese Poet Vishnu Singh Rai. The coronavirus speaks in the poem. It spoke directly to people, urging them not to cry as the infection was spread. The speaker (corona) refuses the responsibility, saying that it is not her fault, but that it is the fault of the individuals who have caused such extensive damage. It wasn't transported here by itself; rather, it was brought here by humans.

People all around the globe believe they are the ones who created everything. "The crown of creation" is how humans refer to themselves. They think that all other species are their slaves, and that they have the power to murder and destroy them. Birds, aquatic creatures, insects, and trees all fall under this category. Humans, in reality, have no idea how important other creatures are on the earth.

After that, the speaker portrays the event from a different perspective. During the prolonged lockdown, almost all human activity stopped. Country paused for a while. And nature has reverted to its original condition, with a clear sky and clean air. The corona period has this advantage. It also shows that nature will settle down if we (people) do not misuse it.

Corona cautions against seeing the planet exclusively as a human possession. Humans aren't the only ones that own the planet. It must be equitably shared by all living creatures.

Finally, the speaker issues a warning to the audience, warning that if they do not alter their ways, disaster would occur, perhaps reverting society to "primitive era."

a. Who is the speaker in the poem?
→  Corona is the poem's speaker.
b. Who claims that they are superior to all?
→  Humans claim that they are superior to all other creatures.
c. Why has the speaker come to the Earth?
→  The speaker has arrived on Earth because of human's misuse of nature.
d. What positive changes have occurred on Earth after the speaker's visit?
→  After the speaker's arrival, the planet saw a number of positive changes. Like;
-The air became cleaner, and the environment became dust-free.
-There has been a reduction in pollution.
-Humans have figured out how to make good use of natural resources.
-Their egos have been replaced with fear.