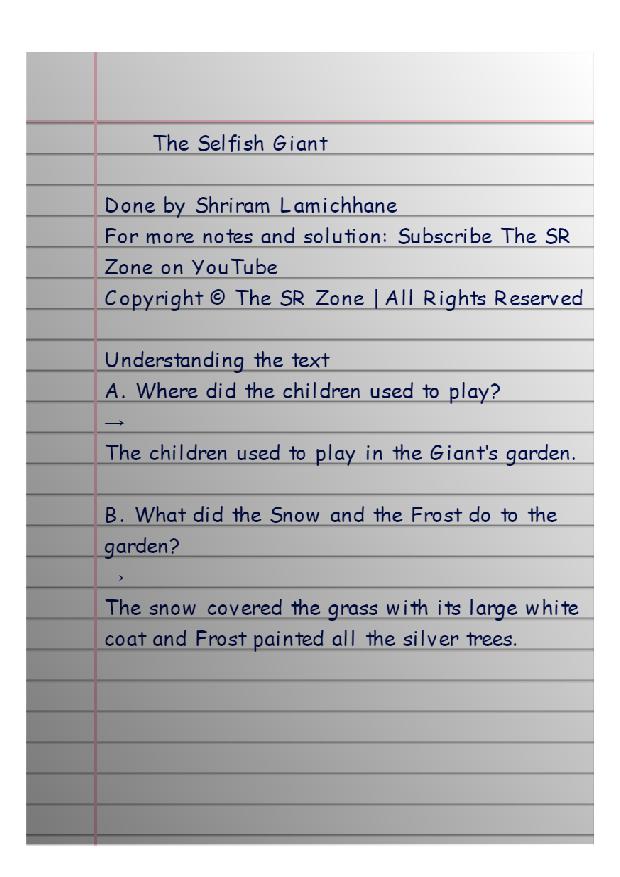 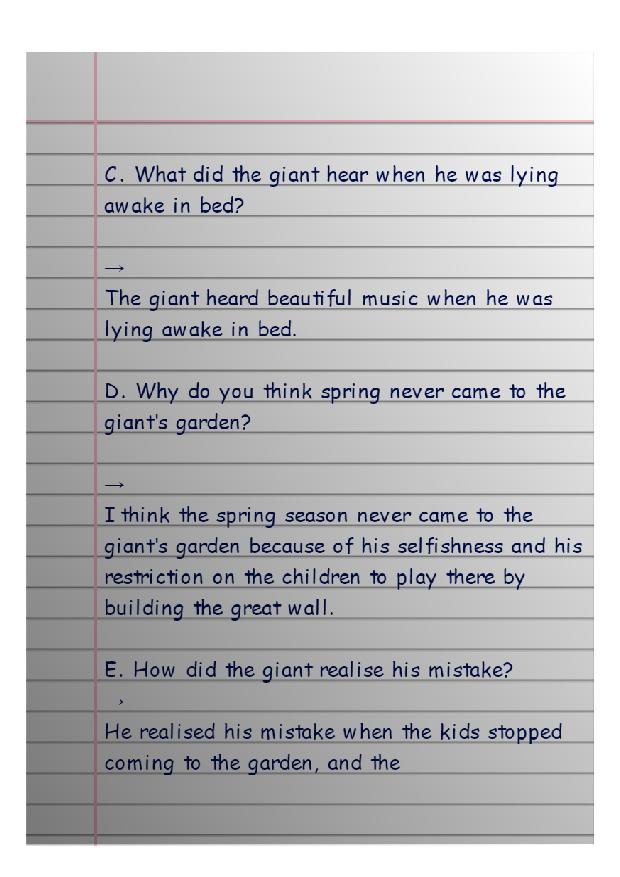 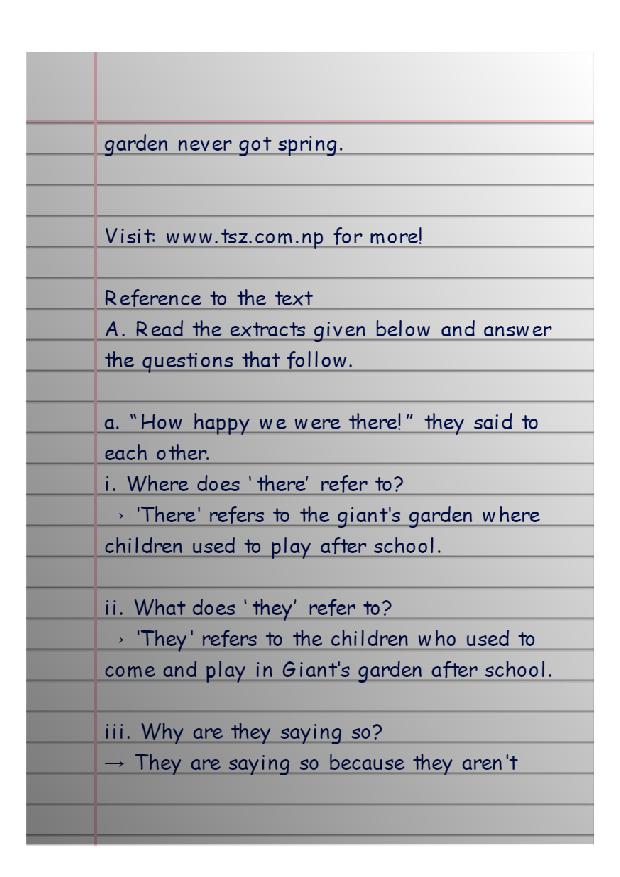 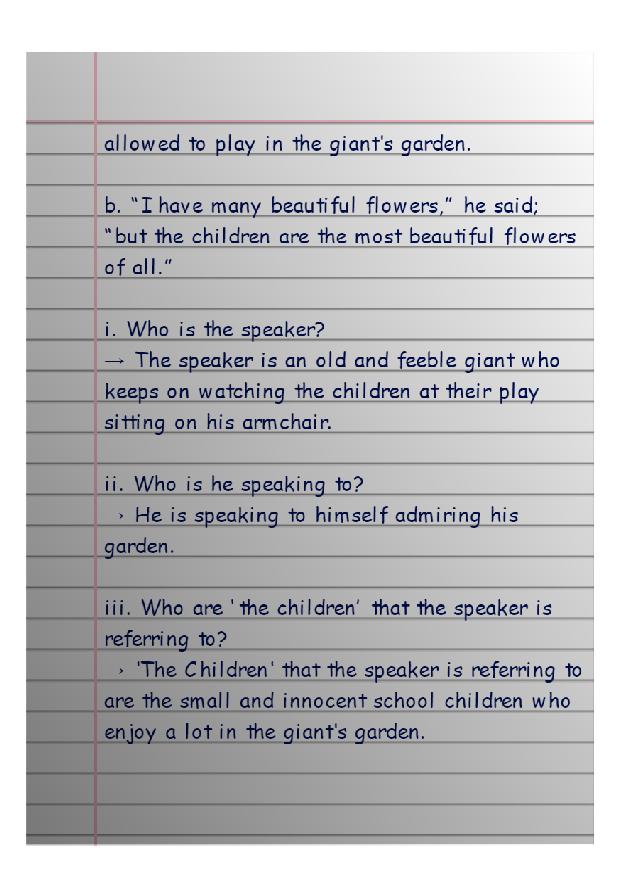 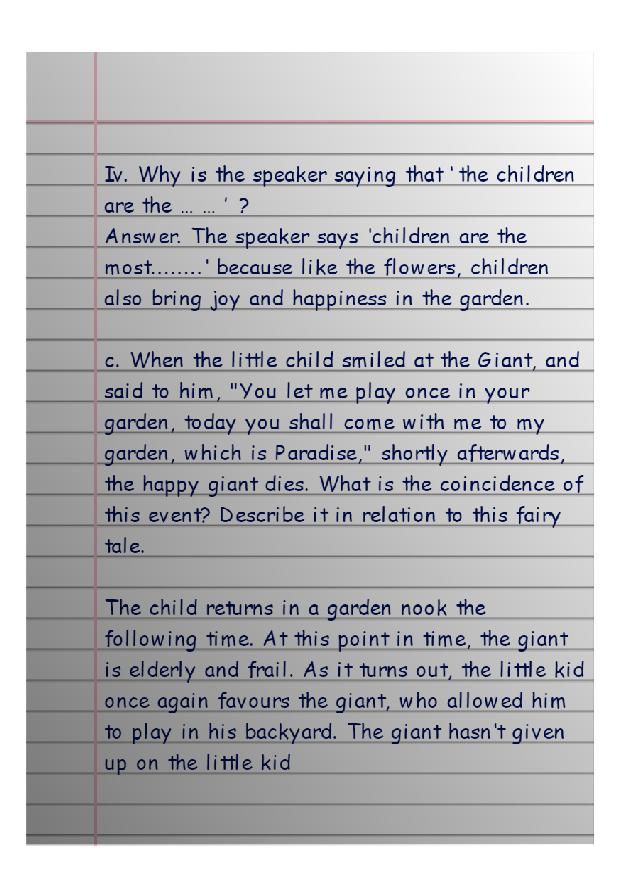 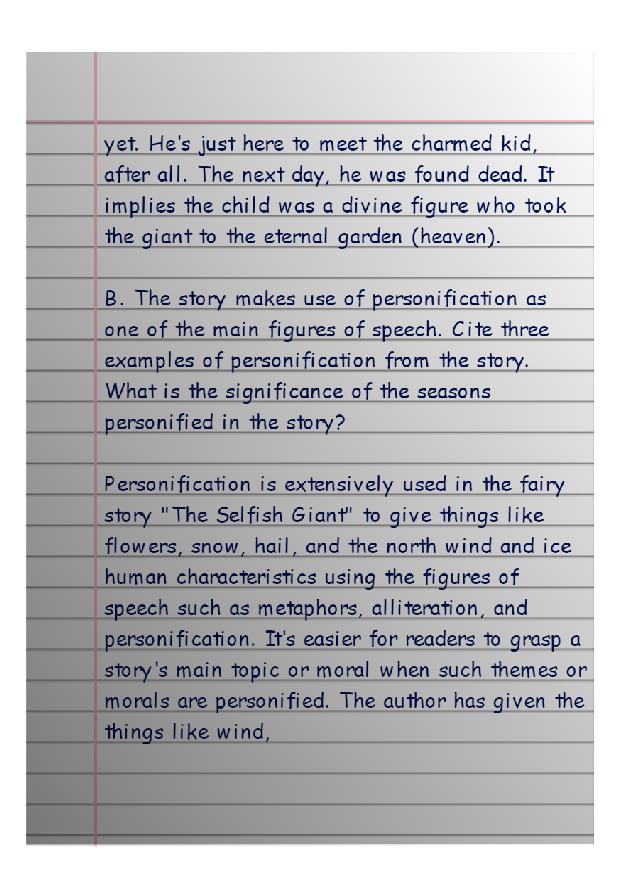 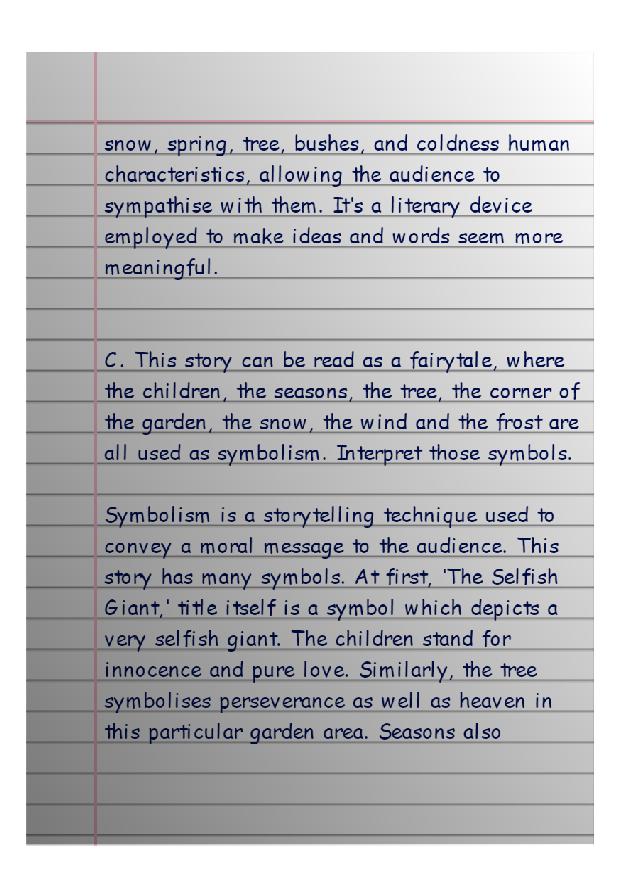 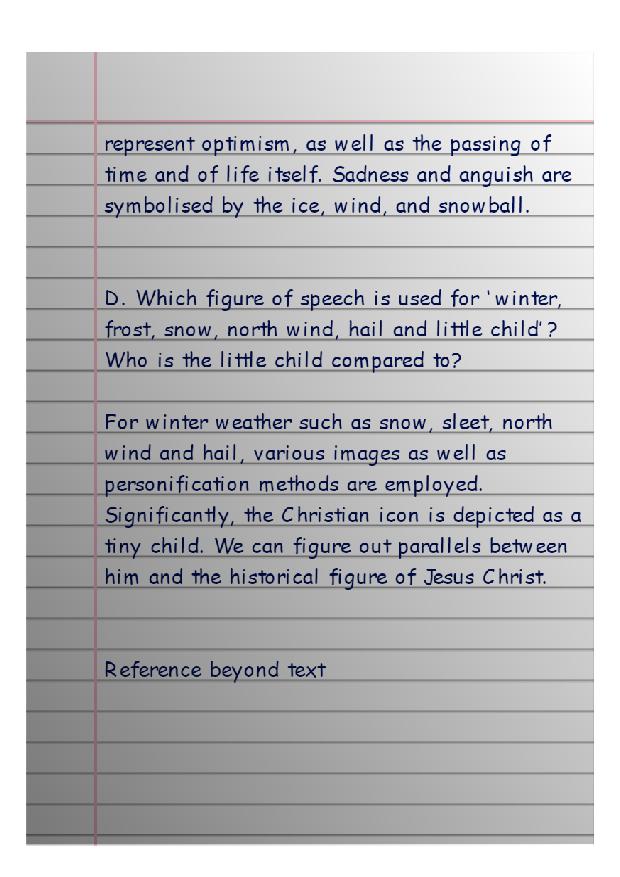 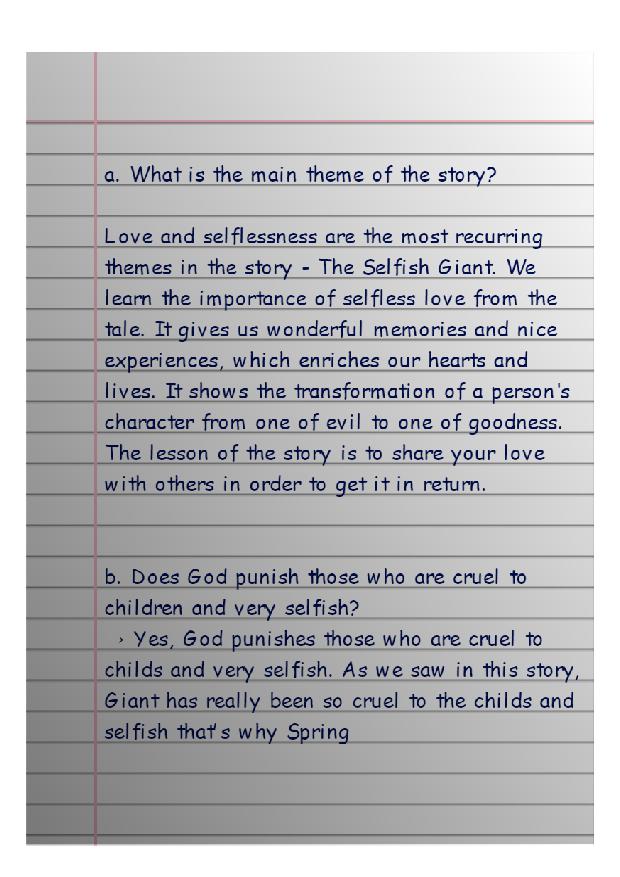 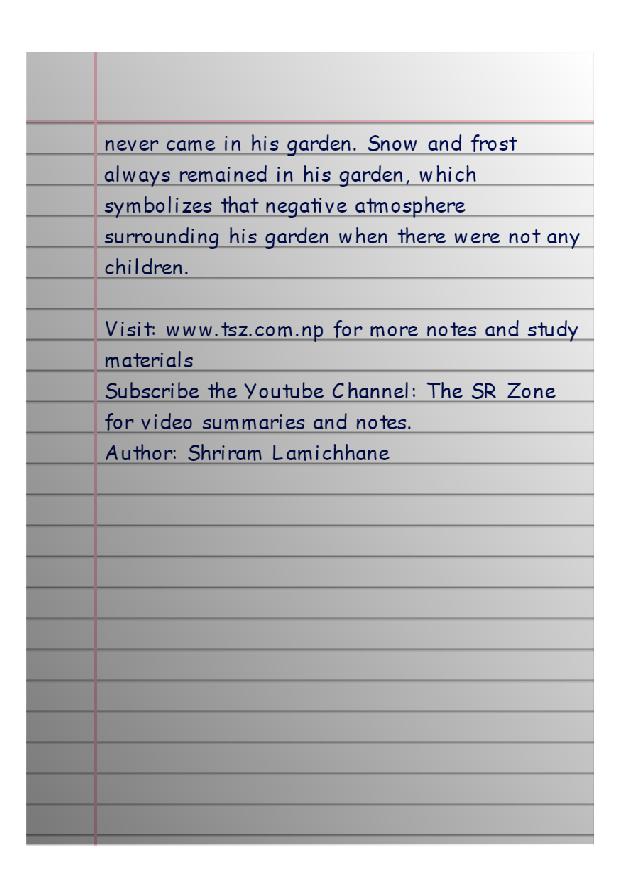 Go to The Oval Portrait Exercise and Summary Class 11

The selfish giant is a short story written by Oscar Wilde. The plot of this story revolves around how love changes a person.Children always used to play in a garden that was owned by a Selfish Giant when they returned home from school. However, once the giant returned home after spending seven years with his friend, the children were not allowed to play in the garden.
Time passes, yet at Giant's Garden neither spring nor summer ever arrives, and neither winter ever departs. He gets confused because of this.
One day, he sees children climbing trees and due to which flowers blossom. He came to the conclusion that the restrictions he had placed on his garden had prevented spring from arriving there. As a result, he chooses to remove those restrictions and lets the children play there.
Many years later, a sweet little boy whom the Giant had helped climb a tree comes to him with nail scars on his hands and feet. He says that these wounds are the outcome of his love for the giant, and that he has returned there once more to carry the giant to his garden, which is eventually the paradise. At last, he is found lying dead under that tree. Hence, the story finishes.

A. Where did the children used to play?
→  The children used to play in the Giant's garden.
B. What did the Snow and the Frost do to the garden?
→  The snow covered the grass with its large white coat and Frost painted all the silver trees.
C. What did the giant hear when he was lying awake in bed?
→  The giant heard beautiful music when he was lying awake in bed.
D. Why do you think spring never came to the giant's garden?
→  I think the spring season never came to the giant's garden because of his selfishness and his restriction on the children to play there by building the great wall.
E. How did the giant realise his mistake?
→  He realised his mistake when the kids stopped coming to the garden, and the garden never got spring.