Unit- 15
War and Peace
Shall there be Peace? 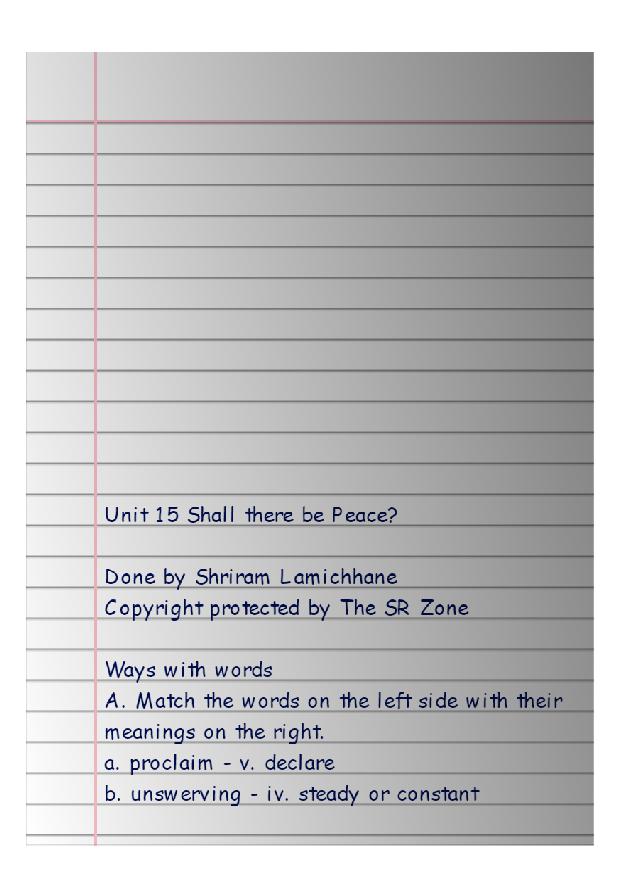 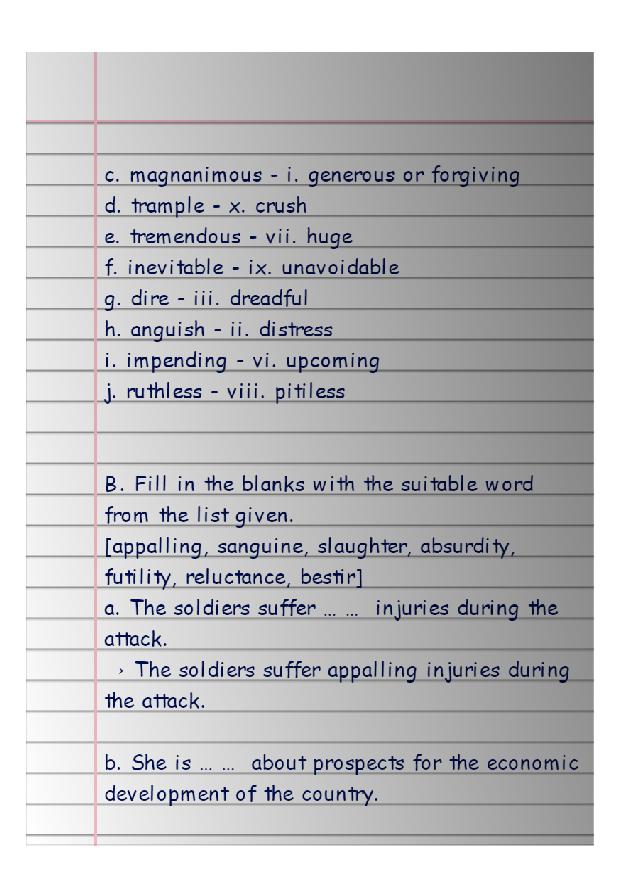 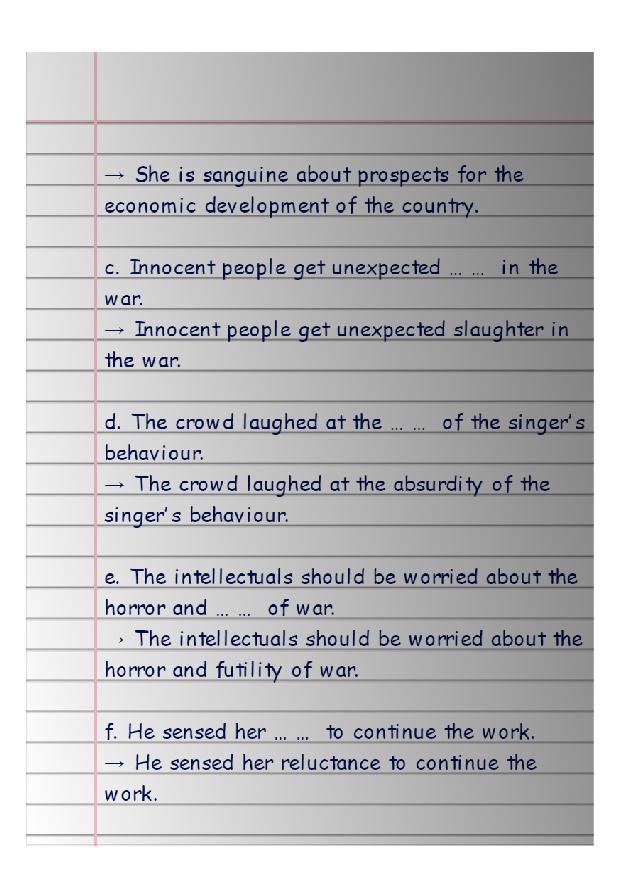 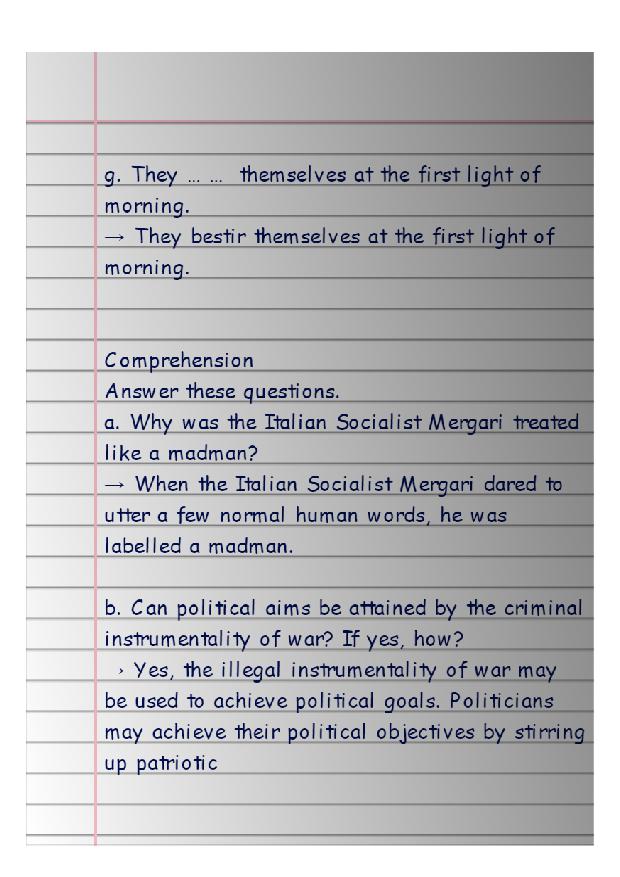 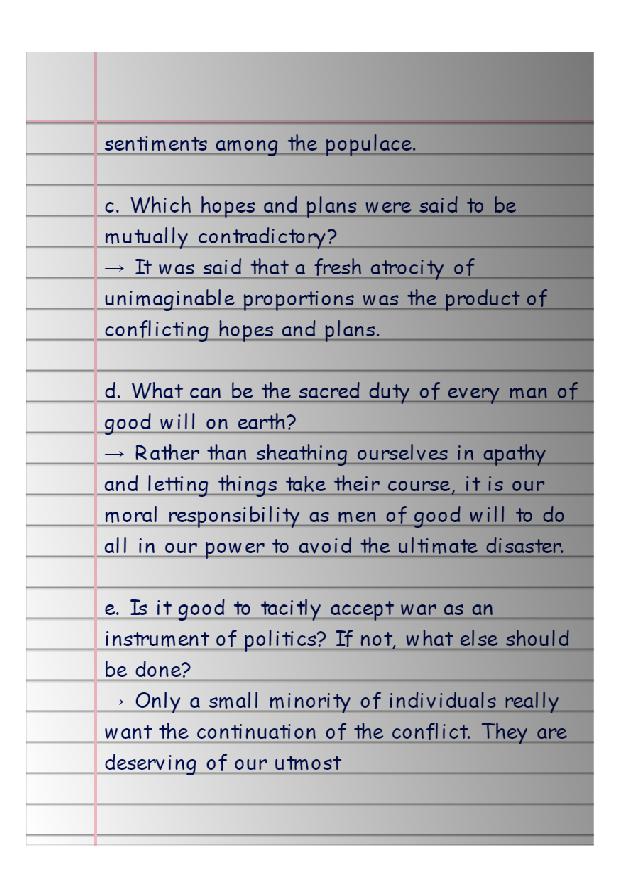 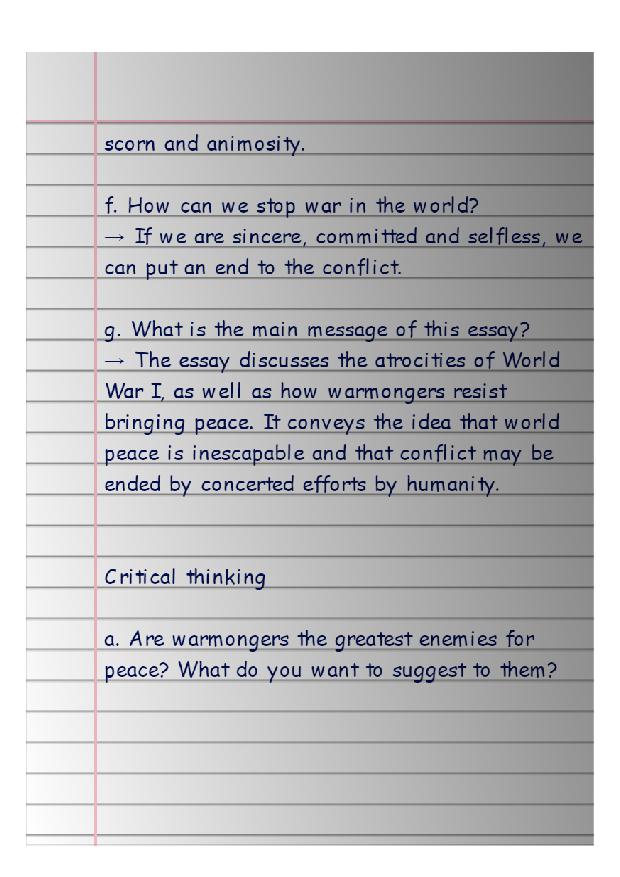 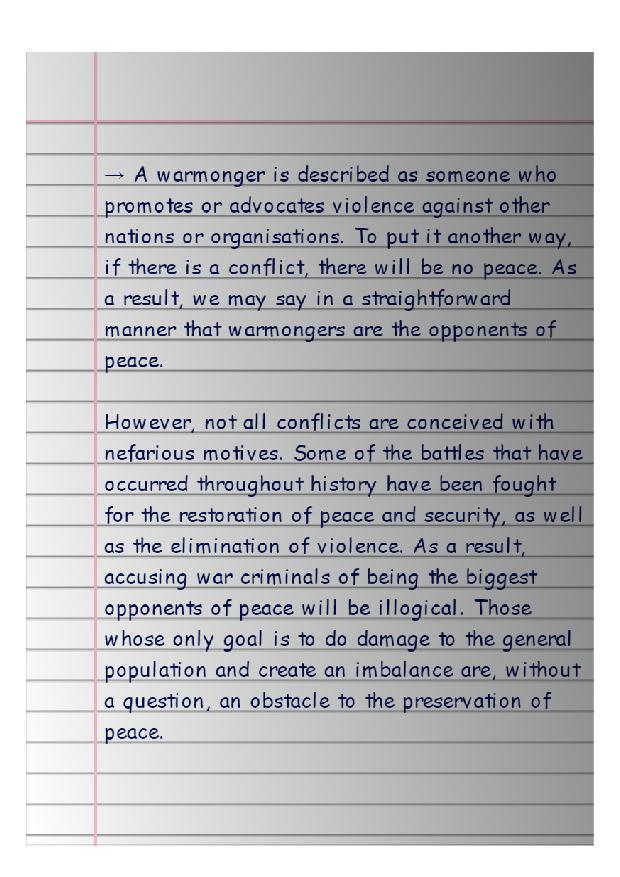 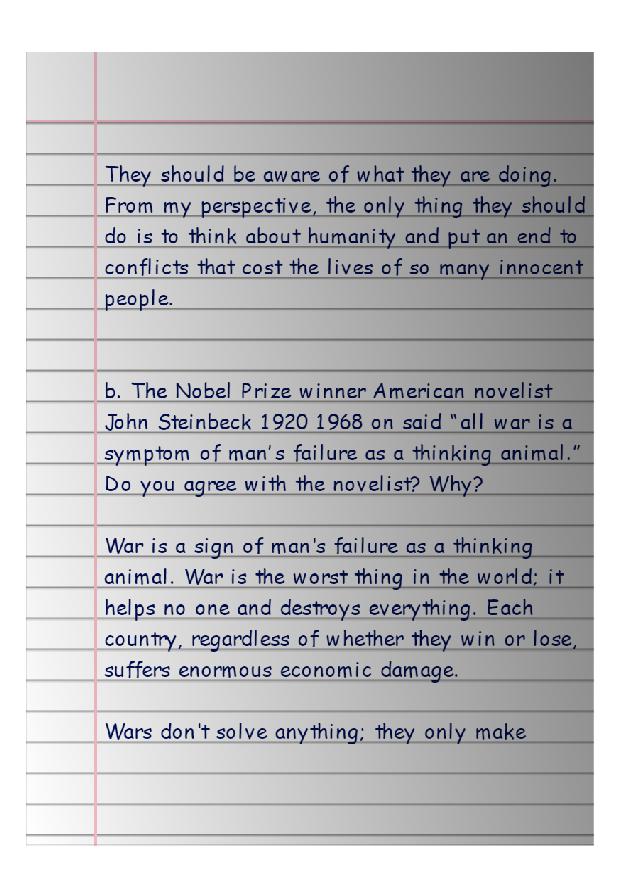 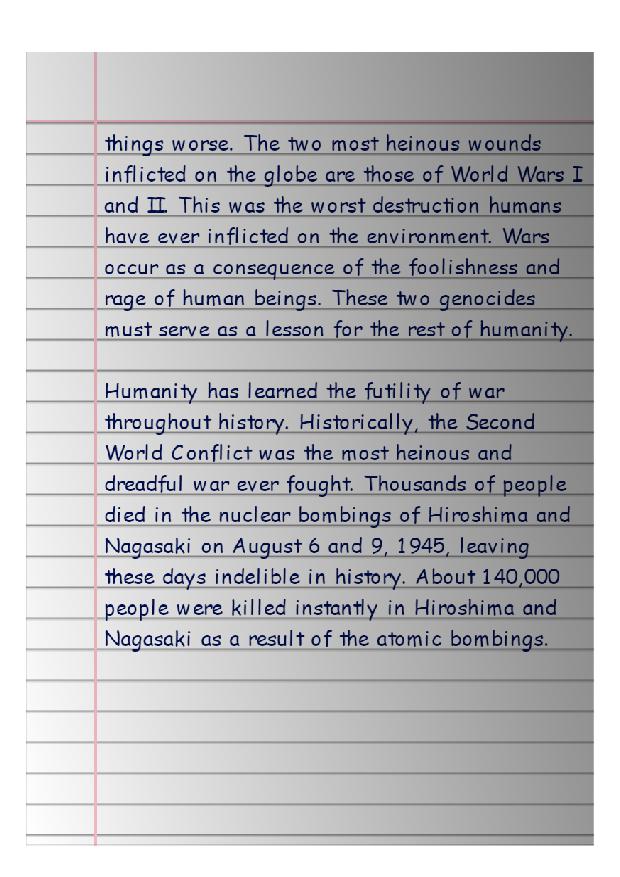 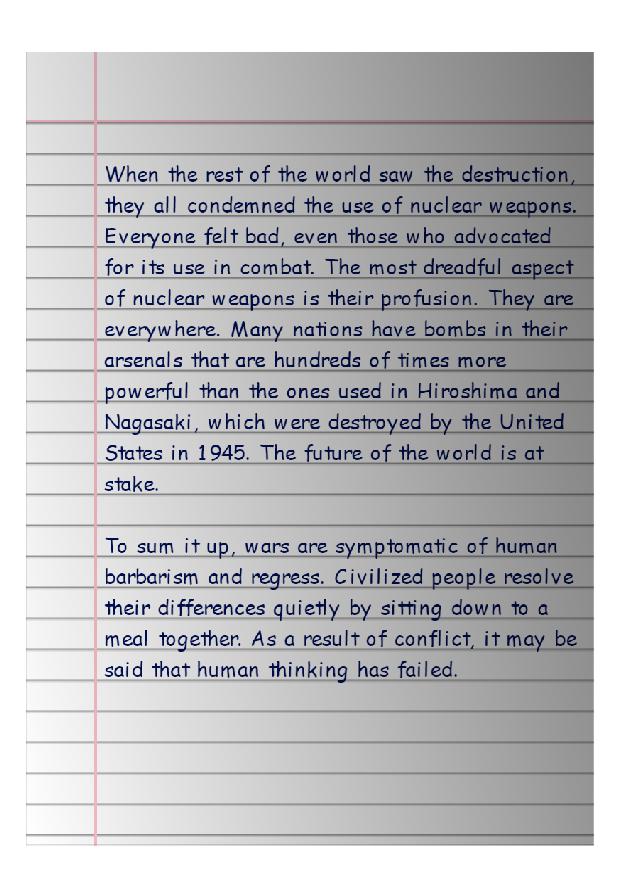 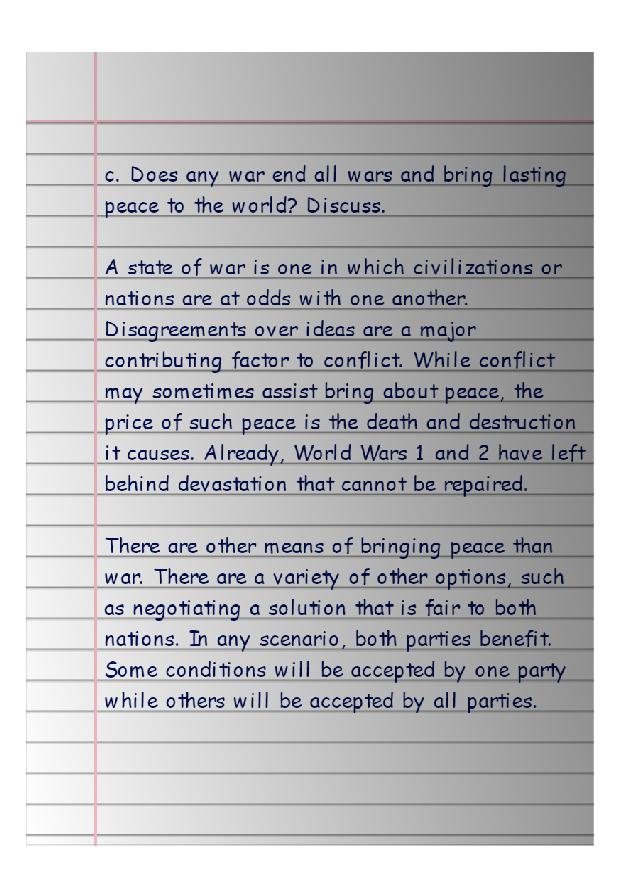 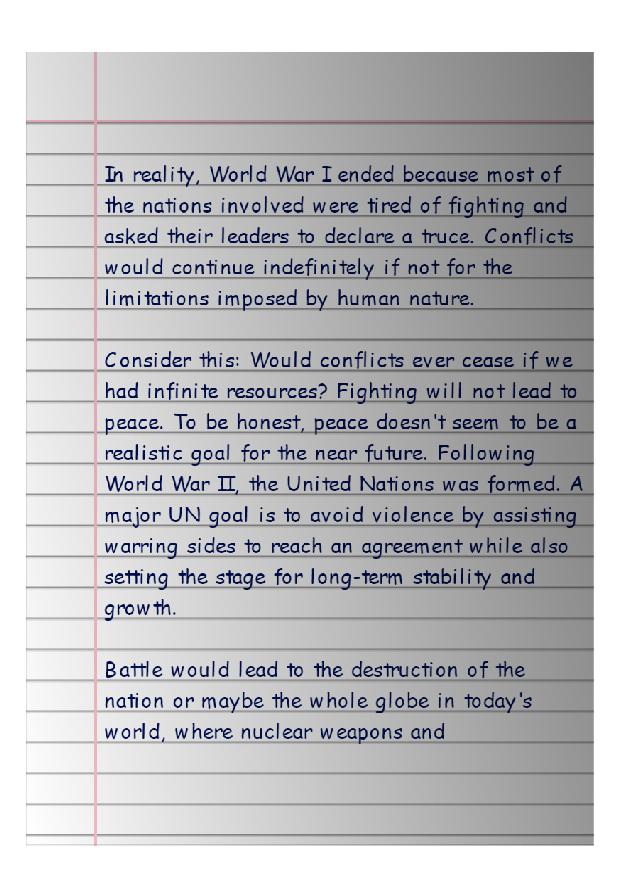 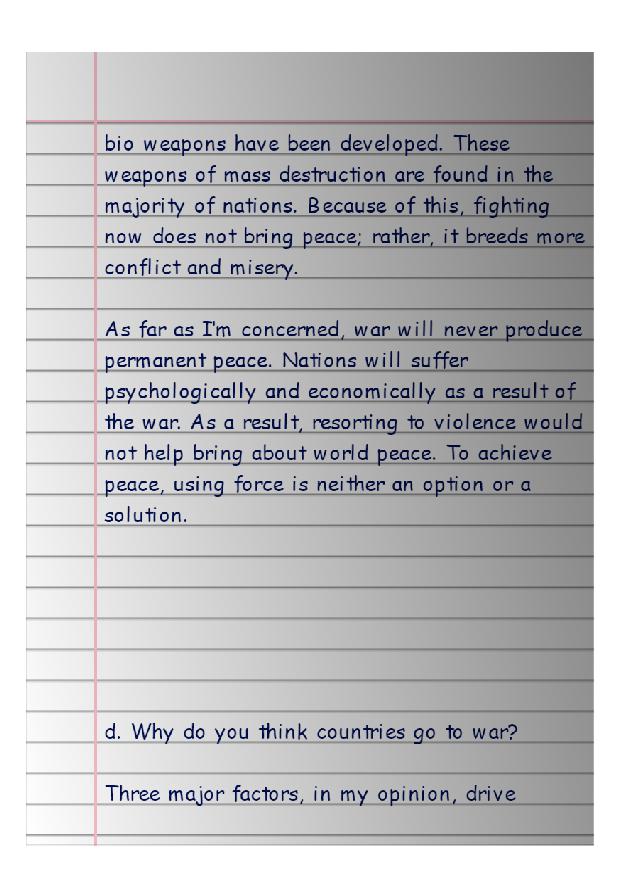 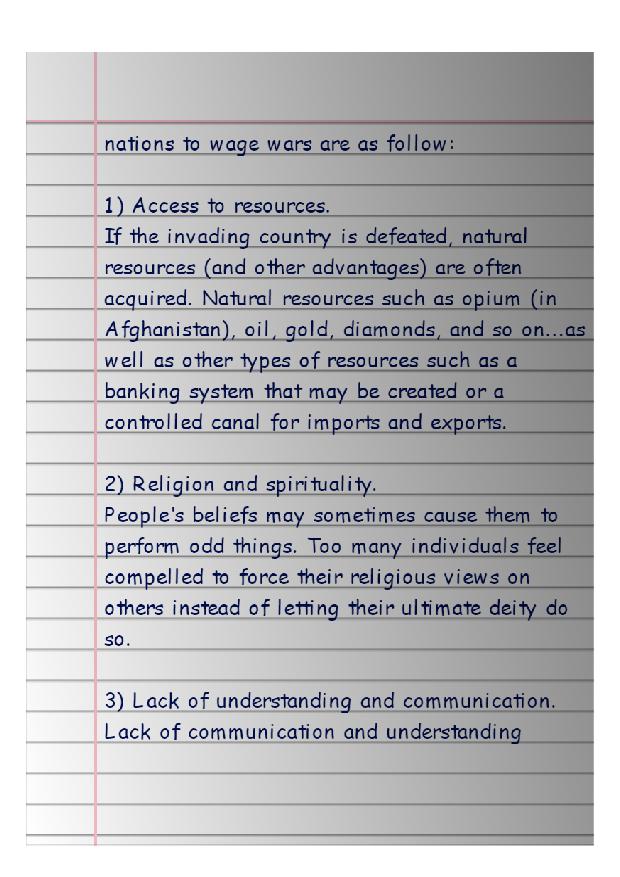 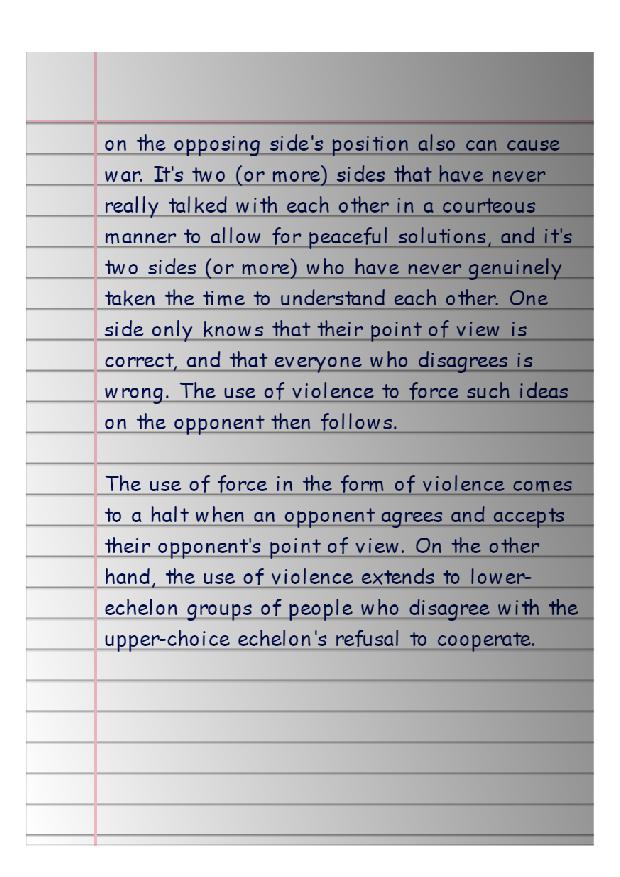 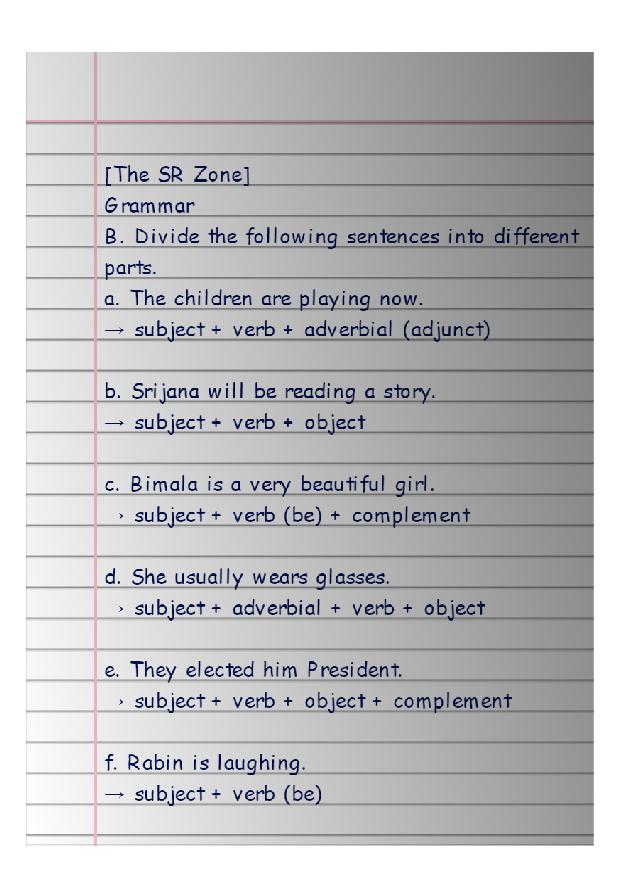 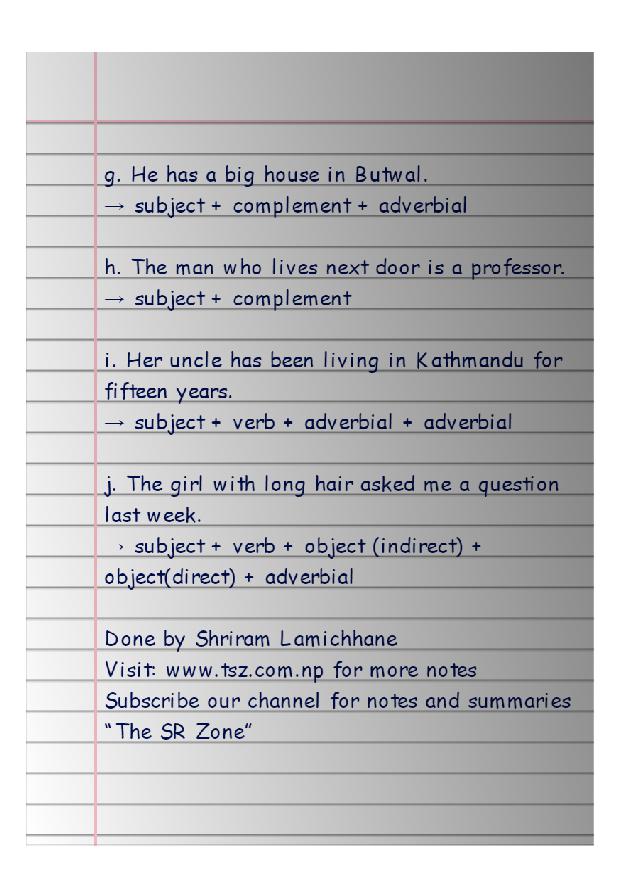 A warmonger is described as someone who promotes or advocates violence against other nations or organisations. To put it another way, if there is a conflict, there will be no peace. As a result, we may say in a straightforward manner that warmongers are the opponents of peace.

However, not all conflicts are conceived with nefarious motives. Some of the battles that have occurred throughout history have been fought for the restoration of peace and security, as well as the elimination of violence. As a result, accusing war criminals of being the biggest opponents of peace will be illogical. Those whose only goal is to do damage to the general population and create an imbalance are, without a question, an obstacle to the preservation of peace.

They should be aware of what they are doing. From my perspective, the only thing they should do is to think about humanity and put an end to conflicts that cost the lives of so many innocent people.