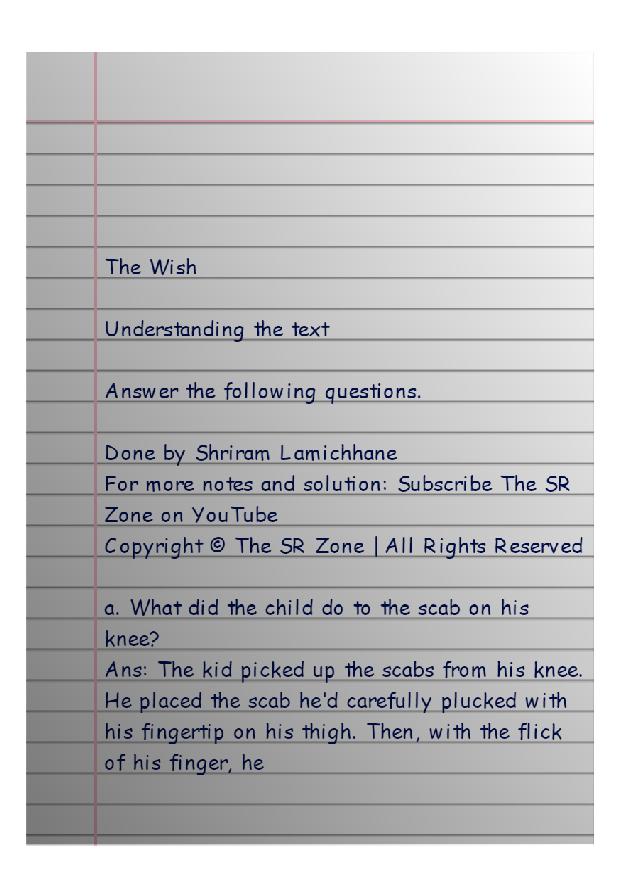 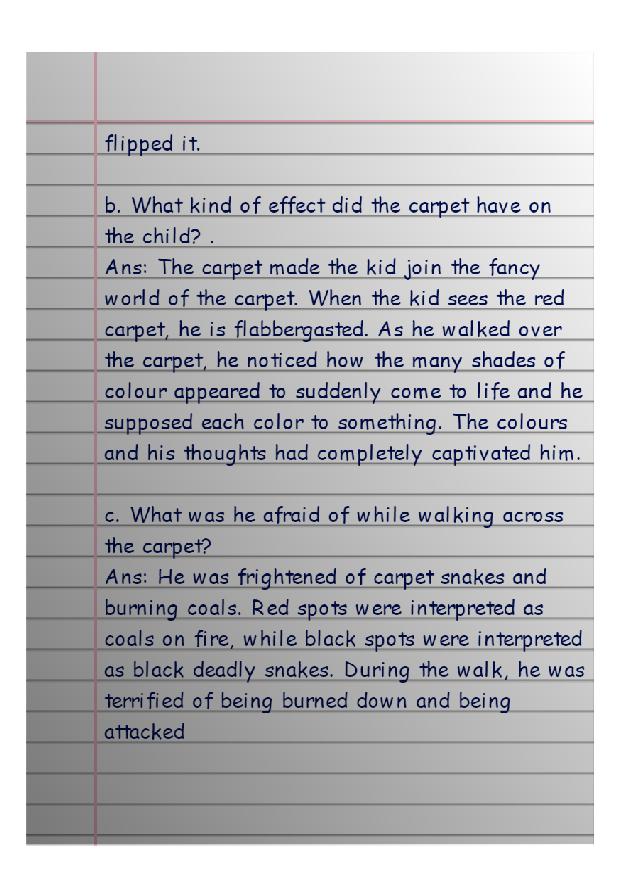 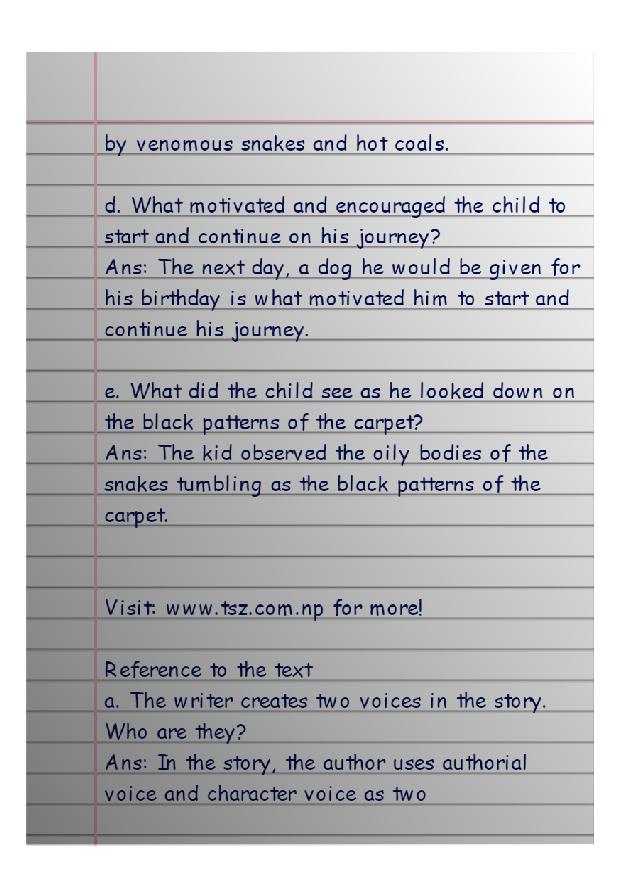 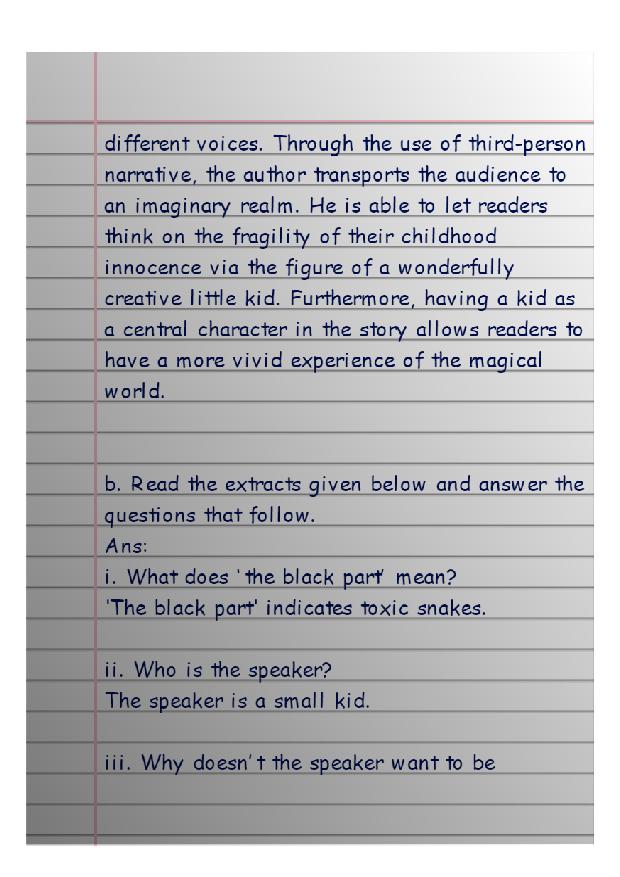 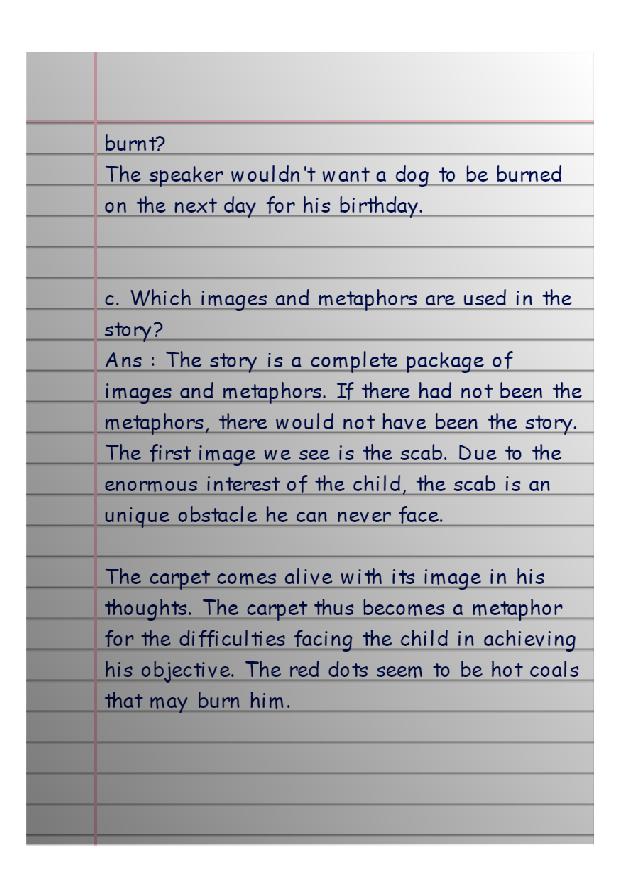 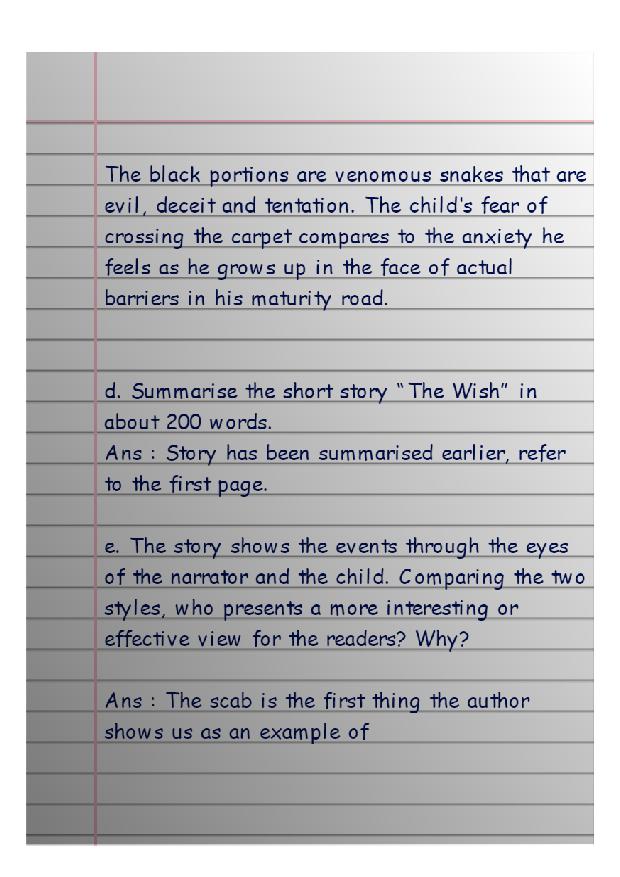 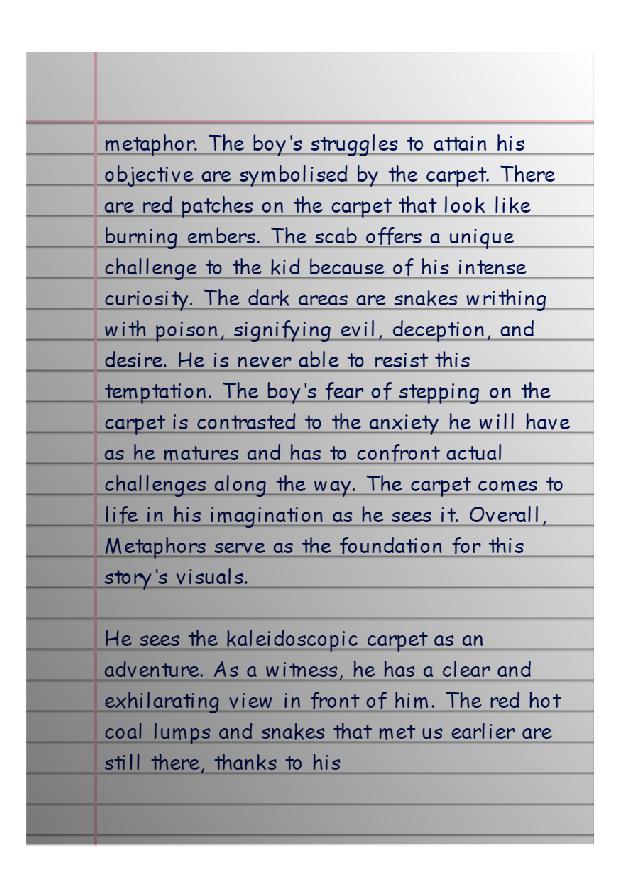 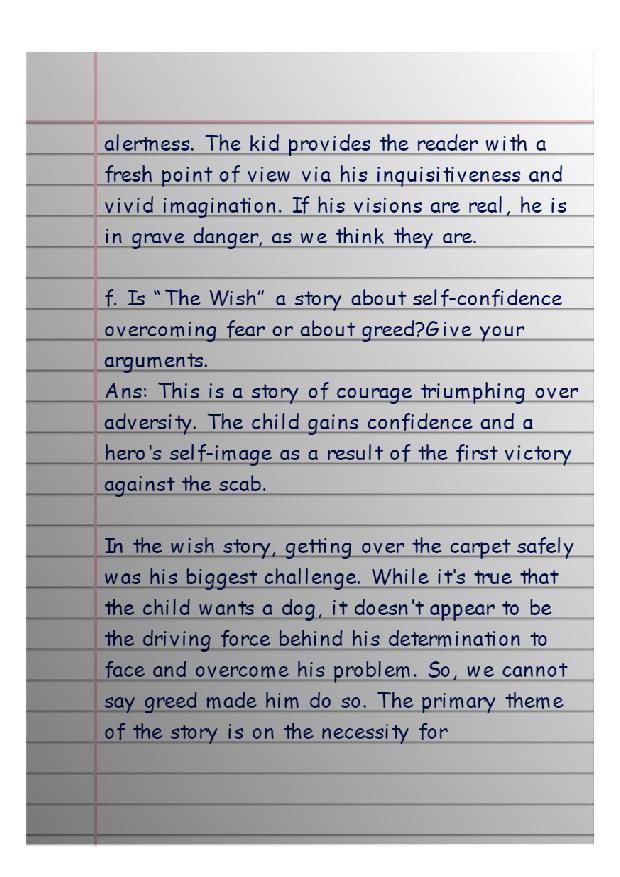 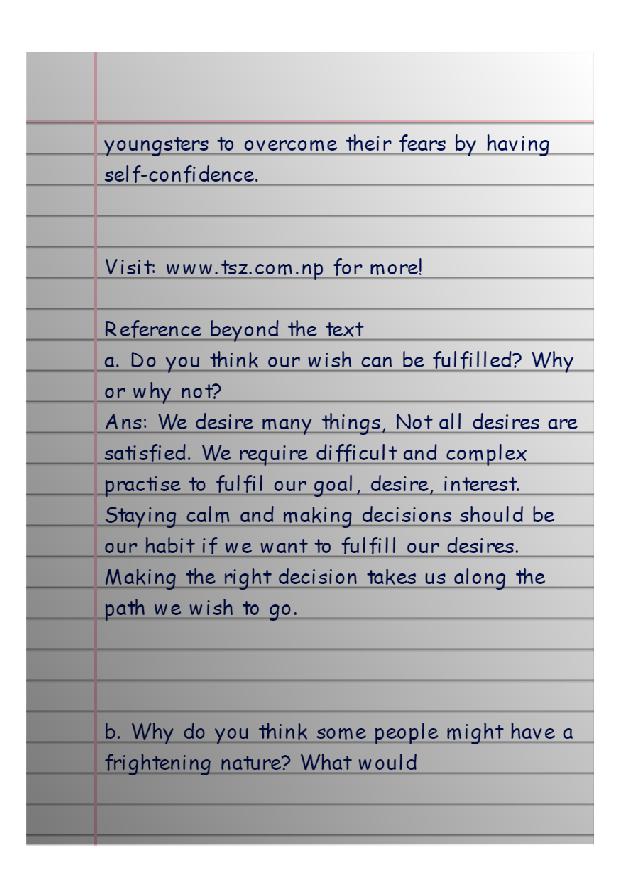 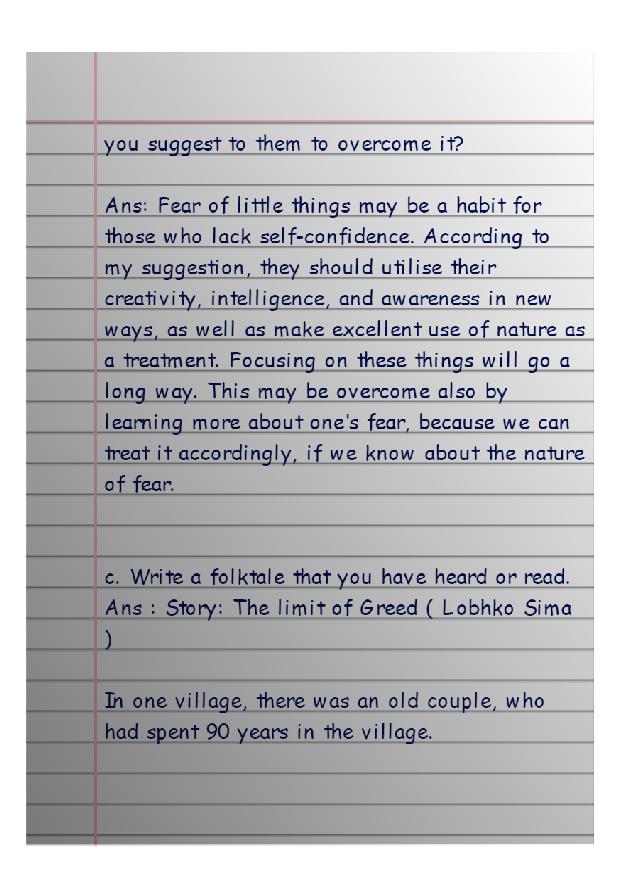 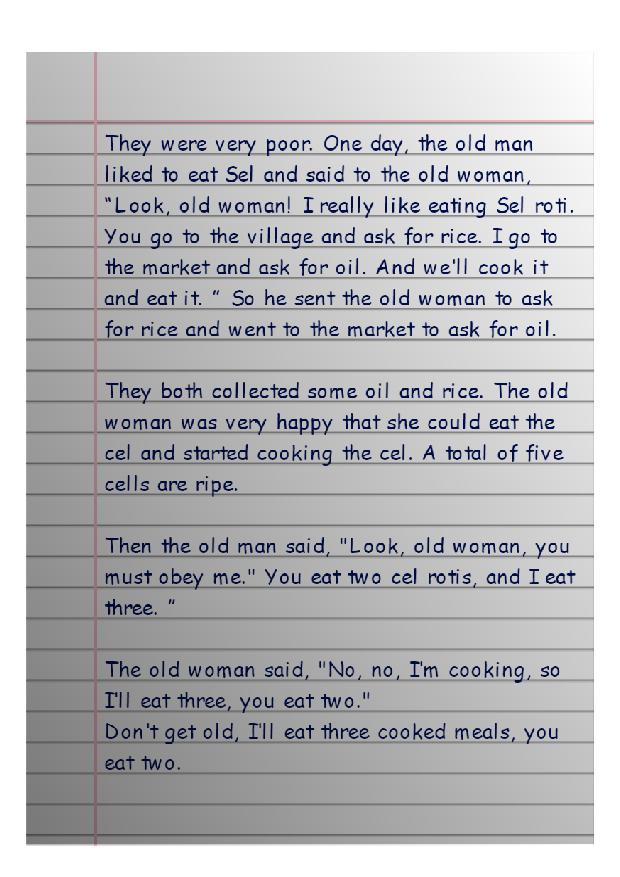 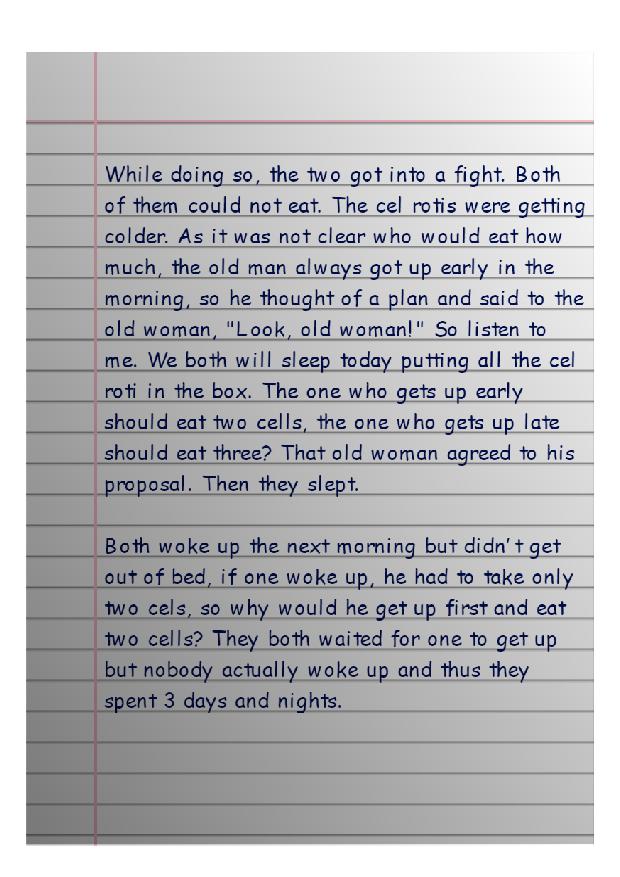 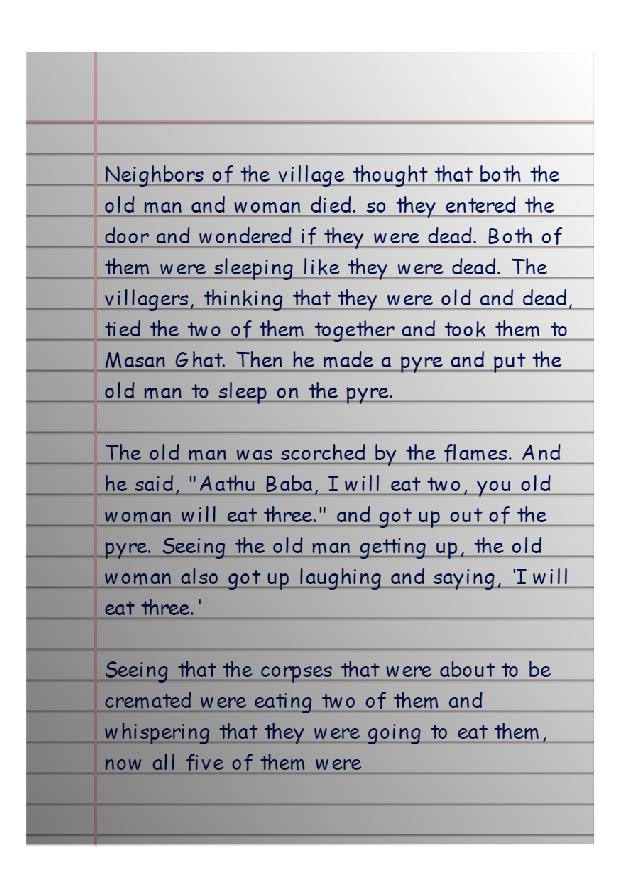 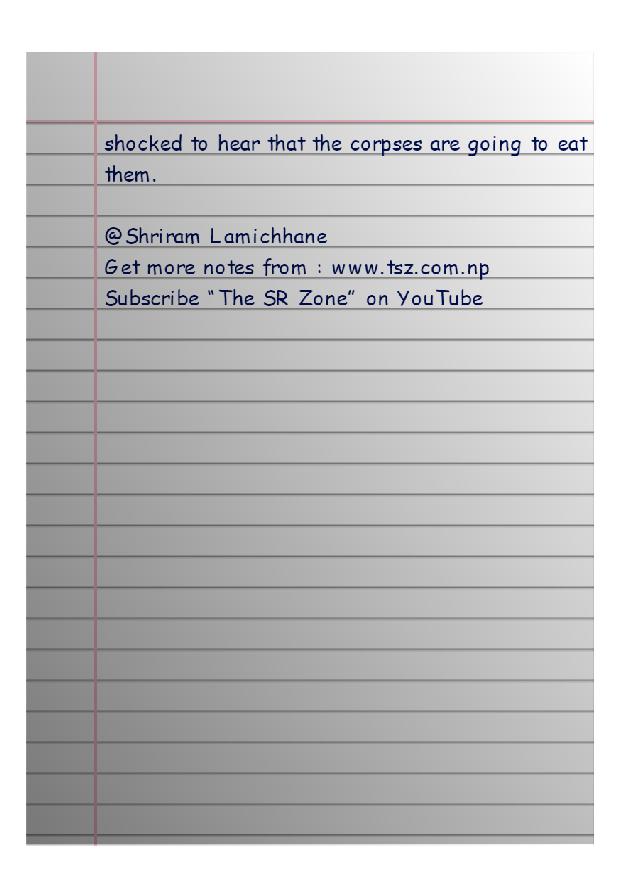 The Wish by Roald Dhal Summary

The story "The Wish" is a fantasy story written by Roald Dahl. The story is about a kid's difficult game strategy. The kid's game involves crossing a red carpet by stepping on the proper colour. After completing the game, the kid imagines that he would get a dog for his birthday. So, he's determined to win the game.

A little kid is shown at the beginning of the story picking at a scab that is located on his knee. He carefully picked up his scab, which had fallen to the crimson carpet's edge. As he got closer to the scab, the carpet's many colours drew his attention. The red, yellow, and black colors of the carpet took on new meanings for him when he was sitting on the stairway and examining them. He imagined the red dots to be lumps of coal that might burn him, the black areas to be a dangerous snake that could bite him, and the yellow places to be the safe zone for him to walk and cross the big carpet, after which he would be given a dog for his birthday as his reward.

The boy started his journey. He moved cautiously on the yellow path. The beginning was easy. Around the time he reached the middle of the distance, the path bent off to the side, and he had to take a lengthy step there. Black and red spots ahead scared him. His lengthy step was unstable. Waving his hand helped him balance. He rested on the Yellow side for a while.

At a junction of two paths, he goes left because it has fewer black paths. When he gets close to the middle, he realises that he can't turn around or jump off. He takes another step toward the only yellow spot nearby, and his foot is now only a centimetre from the black patch. A snake of black path raises its head to bite him. Even though he tried his best, he couldn't keep his balance. Then, he falls and mistakenly touches the black spot and starts crying. The story ends with his mother going outside in the sun to look for him at home.

Overall, The story is about a little boy's vision of a snake-filled crimson carpet. The author used an inquisitive and creative kid to illustrate early imagination. The kid wanted a dog to finish the difficult game. He tried hard but got lost in the game and failed.

a. What did the child do to the scab on his knee?
Ans: The kid picked up the scabs from his knee. He placed the scab he'd carefully plucked with his fingertip on his thigh. Then, with the flick of his finger, he flipped it.
b. What kind of effect did the carpet have on the child? .
Ans: The carpet made the kid join the fancy world of the carpet. When the kid sees the red carpet, he is flabbergasted. As he walked over the carpet, he noticed how the many shades of colour appeared to suddenly come to life and he supposed each color to something. The colours and his thoughts had completely captivated him.
c. What was he afraid of while walking across the carpet?
Ans: He was frightened of carpet snakes and burning coals. Red spots were interpreted as coals on fire, while black spots were interpreted as black deadly snakes. During the walk, he was terrified of being burned down and being attacked by venomous snakes and hot coals.
d. What motivated and encouraged the child to start and continue on his journey?
Ans: The next day, a dog he would be given for his birthday is what motivated him to start and continue his journey.
e. What did the child see as he looked down on the black patterns of the carpet?
Ans: The kid observed the oily bodies of the snakes tumbling as the black patterns of the carpet.