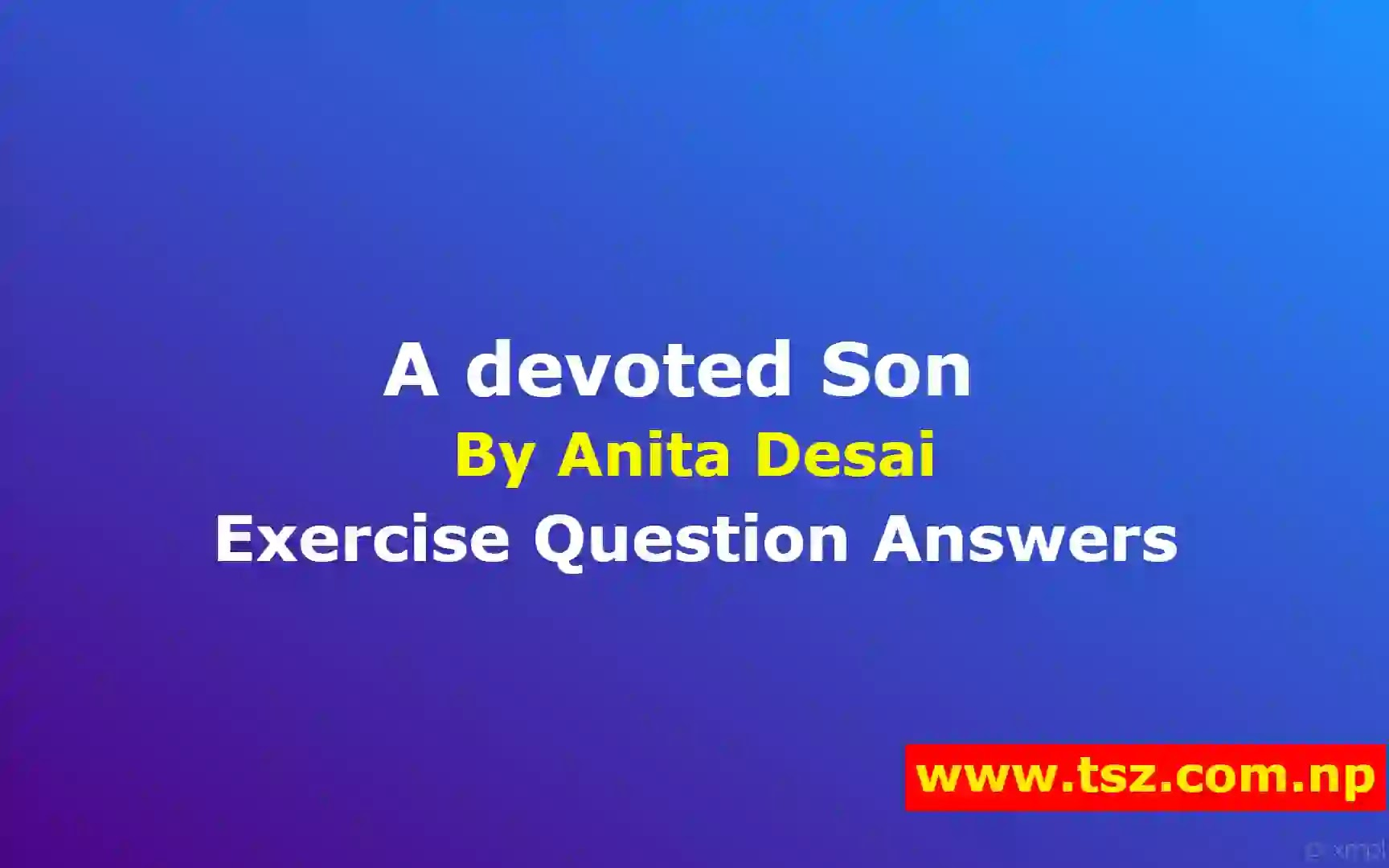 a. How did the morning papers bring an ambiance of celebration in the Varma family?

= The morning paper brings an ambiance of celebration to the Varma family because their son, Rakesh was announced as the country's best student in the medical test in the newspaper.

b. How did the community celebrate Rakesh’s success?

= The community people gathered at Rakesh's house to congratulate him and his family. They were happy and proud of Rakesh's achievements. They also decorated the home and gave him presents. They appreciated Rakesh by blessing and gifting him. The Varma family fed them with delicious dishes and mithais. They made it like a carnival with music and lights.

c. Why was Rakesh’s success a special matter of discussion in the neighbourhood?

= Rakesh’s success was a special matter of discussion in the neighbourhood because he was the first son in the Varma family to graduate from college with the nation's highest GPA.

d. How does the author make fun with the words ‘America’ and ‘the USA’?

= The author makes fun of the way people think about America and The USA. The USA Seems like a more weighty and prestigious word to Verma. That's why, he suggested to the family member as well, to call it "The USA" rather than 'America'. According to him, America is just a common nation like Nepal, India. But the USA is such a dream nation of students where students develop their career. Verma feels, calling it 'The USA' feels more sophisticated, disciplined, academic and career building nation rather than America.

e. How does the author characterize Rakesh’s wife?

= The author characterizes Rakesh’s wife "Veena" as an old-fashioned rural girl who is silent and uneducated. She does her best to satisfy people via her home chores.

f. Describe how Rakesh rises in his career.

= Rakesh had the highest marks in college and went on to study in the US. After impressing his American colleagues, he was offered a position in the world's most prestigious hospital. But, to serve his nation and his family, he departed the United States forever. His time at the municipal hospital lasted many years. He was promoted to director of the city's hospital after a long career. He went on to create his own medical clinic. He's now not just the best doctor in town, but also the richest. Thus , Rakesh rises in his career.

g. How does the author describe Rakesh’s family background?

= Rakesh was from a family whose great-grandparents used to be vegetable sellers. He was from a low-income, uneducated family. His family lives in a small yellow house at the roadside. Her mother has spent her whole life as a stay-at-home mom doing housework. For the last four decades, his father has worked tirelessly at the kerosene warehouse in his hometown. It is clear from the author's description of Rakesh's upbringing that his family lives in abject poverty.

h. What is the impact of Rakesh’s mother’s death on his father?

= The loss of Rakesh's mother has had a devastating effect on his father. He was stricken by loneliness and there was actually nobody to love him the way Mrs. Varma had taken care of him. His father was in a bad mood, and as a result, his body began to respond adversely.

i. What did Rakesh do to make his father’s old age more comfortable?

= For making father’s old age more comfortable, he did the following actions,

- Rakesh sat by his father's bedside with a newspaper and read to make him feel more at peace, bringing his favorite brass cup of morning tea.

-In order to ensure his father's continued good health, he created a comfortable sitting area for him on the open verandah.

- He restricted him from eating greasy foods since they weren't good for him, provided high-quality and effective tonics and medications, acted modestly and respectfully every time, and made his best efforts to offer him a longer life.

j. Why did the old man try to bribe his grandchildren?

= The old man bribed his grandchildrens to buy sweets for him because he was forbidden from eating sweets.

k. Are Mr. Varma’s complaints about his diets reasonable? How?

= Mr. Varma’s complaints about his diets are reasonable. Rakesh stopped Verma from eating his favorite foods since they made him sick. He also felt a feeling of obligation as a doctor and wished his father a long life. As a result, Mr. Varma's diet concerns are justified.

a. How did Varma couples make sacrifices for their son’s higher education?

= The Varmas had labored forty years in a kerosene warehouse, while their wife ran the house. The Varma family labored tirelessly to fund their son's further education. They had always aspired for the best for their son's education.

Mr. Varma couldn't pursue his studies since he was a vegetable seller's kid. But he wanted to educate his son Rakesh. After a time, he accomplished his dream and fulfilled his aspirations. Mr. and Mrs. Varma were rewarded for their labour and patience as Rakesh became the family's first college graduate. So, Mr. and Mrs. Varma's sacrifice to educate their son Rakesh was extraordinary.

b. Mr. Varma suffers from diseases one after another after his wife’s death. Would he have enjoyed better health if she had not died before him? Give reasons.

= Yes, Mrs. Verma's existence would have improved Mr. Varma's health. Rakesh was happy and busy in his own lifestyle. So, no one could care for his father like his mother did. When his wife died, he was left alone. His body began to respond weirdly when his wife died. Varma had a strange illness that made him unwell.

Rakesh had no clue what was wrong. Varma was doing well till his wife lived. After his wife died, he began acting strangely. His son prevented him from eating his favorite meals. He was thought to be hated and disregarded. Finally, he decided that death beats using medicines to live. In a simple sense, he'd be happier now if his wife hadn't died.

c. Dr. Rakesh is divided between a doctor and a son. As a son, he loves his father and worries about his weakening health but as a doctor he is strict on his father’s diet and medicine. In your view, what else could Rakesh have done to make his father’s final years more comfortable?

= As a son, Rakesh loves his father and worries about his weakening health but as a doctor he is strict on his father’s diet and medicine. Despite his Job and responsibilities, he had devoted himself to take care of his father in his final years. But, I think, He could have made him more at ease by doing something more.

d. What does the story say about the relationship between grandfather and grandchildren?

e. Do you call Rakesh a devoted son? Give reasons.

= Yes, I call Rakesh absolutely a devoted son. I have following reason to claim my opinion;

Thus, As the line suggests, Rakesh is undoubtedly a devoted son.

a. Write an essay on The Parents’ Ambition for their Children in Nepali Society. You must give at least five examples.

The Parent’s Ambition for their Children in Nepali Society : An Essay

Parents have a key influence in moulding their children's future. They are known for their long-term sacrifices and dedication to their children. They are always anxious and afraid about their kids' future whatever their own situation is.

Nepali parents are very concerned about their children's future. They give their lives to lovingly serve their children. They appreciate family activities and interests that will mold their children's bright future. So, it is obvious that there are Inflated parental expectations for children.

Parents definitely have high hopes for their children. Parents clearly want the best for their kids. That's why they continually attempt to educate youngsters with excellent manners, culture, and religion. They believe that educating their children is the greatest way to secure their future. They adore their children in every way. So,

Expectations are paramount in Nepali parenting. They expect to get the same love, care and attention from their children when they grow old and feeble. They love hearing about their kids' successes. Parents work hard for their kids. Nepalese parents hold their children to high standards.

b. Medicines replace our diets in old age. What can be done to make old age less dependent on medicine?

=  These days, people of all ages rely on many kinds of medical assistance. The term "old age" describes the period of time after one's peak working years. Old folks suffer greatly due to a variety of health issues during this time. The body weakens and produces aches in life as a result of the use of different medications. It is the last phase of human existence. This is the age when people are most vulnerable to sickness and frailty. Food is replaced with medicines as people age, and their bodies begin to respond differently.

To reduce medication at old ages, we as a take carer, can eliminate the less important medicines by asking the following questions to oneself.

Furthermore, some suggestions for reducing our reliance on pharmaceuticals as we age should be implemented. To begin with, attempting to live a more sanitary lifestyle, stay away from bad meals, drinking clean water with good judgement is a must, preventing mental stress is an important part of staying healthy, sufficient intake of nutritious foods,  focusing on regular physical activity,

c. Write an essay on “Care of Elderly Citizens” in about 300 words.

Eldersly citizens are those who have grown old and have undergone physical, psychological, and social changes. A family should care for an elderly member who is unable to work. Younger people benefit from their elders' wisdom. But, most elderly people feel unwanted and devalued since their families seldom visit, or care for them after being all set. This is a very sinful and selfish approach to leave the parents like they are nobody.

Elderly stage of life is very sensitive, and it imposes great responsibility on all of us to take care of them. Seniors have been recognized for their long service to the nation. We must prioritize elder care. They deserve respect, attention, and love.

Today, the ultimate source of our wisdom and better life, ie.. elderly citizens who have raised families all their lives are at elderly and orphanage homes. Elderly parents may be too much for their children to handle, especially if they're ill. They think of their parents' retirement as a financial burden. Should we treat our seniors like this?

Choosing a path in life requires respect for our elders. They want us to be courteous at all times. We must all come to terms with the fact that we are all human. For them, a positive view on life is the most beneficial. Taking care of them is gratifying. As a society, we must recognize the importance of the elderly. Keeping humanity in mind may help us make better decisions.