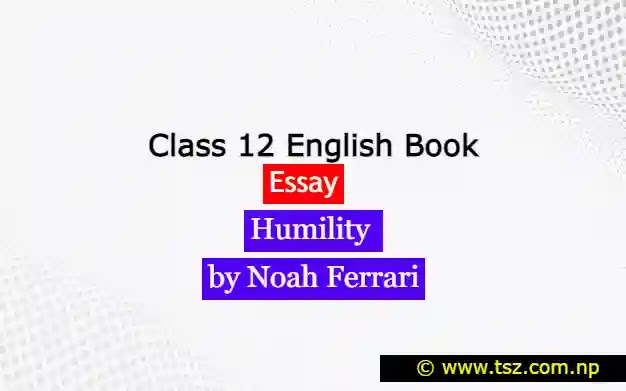 a. Describe the claim of the Chinese nationalists about human history.

Chinese nationalists believe that history started with the Yellow Emperor and the Xia and Shang dynasties, and that everything the West, Muslims, or Indians have done is copied from Chinese ideas.

b. What do pious Muslims believe about human history?

In their view, history before to Muhammad's entrance is mostly irrelevant, whereas history after the Quran's discovery revolved on Islam and its muslim faith (community of believers).

c. What did the Aztecs firmly believe about the universe?

There were many things that the Aztecs thought about the universe. If they didn't make sacrifices every year, the sun would not rise, and the whole universe would break apart.

d. What, according to the essay, are the universal human abilities?

According to the essay, morality, creativity, religion, and inventiveness are universal human abilities.

e. How are the basic yoga postures derived from the shape of the letters of the Hebrew alphabet ?

a. How do Hindu nationalists refute the Chinese claim that human history really began with the Yellow Emperor and the Xia and Shang dynasties? Who do you agree with, and why?

Because Hinduism has been found to be one of the world's oldest religions through both scientific and archaeological research, I agree with the Indian nationalists over the Chinese.

b. The author has dealt with a controversial debate on human history. Why do you think history has been a major contested issue in the present world?

I believe that egoism has made history a problematic topic in modern society. Only because people are selfish, history has become a big problem in the world today. Most people think they are the centre of the universe and that their culture is better than everyone else's. They think their history is the oldest and that everything comes from or comes from their way of life. It is the author's goal to make humanity feel less like a superior and more like an equal.

a. Write a short essay on The Conflicting History of Human Civilization.

The Conflicting History of Human Civilization

Our superiority and power make us feel like we are wrapped in a blanket of our own. We always say that the civilization we live in is the first and the most important one. People from Mesopotamia to Egypt to Maya to India to China to Rome to Greece, all have egos. To think of oneself as the centre of the universe is what we do.

Hindus believe that their culture is to be thanked for all of the modern technology we have today. Some think Chinese inventions are better than those made in the West, by Muslims, or by Indians. According to many Greeks, history began in Athens, Sparta, Alexandria, or Constantinople, which are all cities in Greece. Those who are Muslims think that Muhammad and the Quran are important because they believe that they were the first to be made. In China, on the other hand, they believe that history began with the Xia and Shan dynasties. Indians and hindus believe that astronomers in ancient India came up with ideas about how atomic energy, rockets, and missiles worked.

It's said that the British and Germans and the Americans and the Russians and the Japanese have made great progress and freed people from primitive and immoral ignorance.

Even they think that the study of religious literature by Jewish rabbis is the main reason the universe is going to end. Their sacrifice is thought to be what keeps the universe from crashing down, which is what the Aztec people believe.

Some of the world's most important inventions have been said to have been made by Jews. From the Hebrew alphabet, yoga poses were made up of moves.

Nationalists in Turkey, Iran, and Egypt believe that their countries were the places where Islam was pure before Muhammad and the Quran were written down.

All of these claims aren't true. It's because of their own selfishness and racism that people make these kinds of claims. It's mostly because of this that there is so much civil war. In the beginning, they made their way across the world, taking plants and animals with them to keep. Instead, they are called heroes and people love them for that. It's hard to see our flaws because we're not humble enough to do so.

The people who put them in a more modern setting and time period are just being conceited and proud. All of us have a sense of right and wrong, as well as an understanding of how to be creative. It's in our DNA for us to be able to do this.

b. The author claims, “Since it is more polite to criticise one’s own people than to criticise foreigners.” Do you agree to his claim? Give your reasons.

People are very interested in their own history and culture. The criticism of their religion or ethnicity offends them. Nothing about our faith, culture, or civilization is disputed by us.

If the Egyptians had created the missile and rocket, we could have gone to the moon long ago. If we as foreigners protest these activities, we may cause a cultural conflict. So, we must repair these flaws by ourselves.