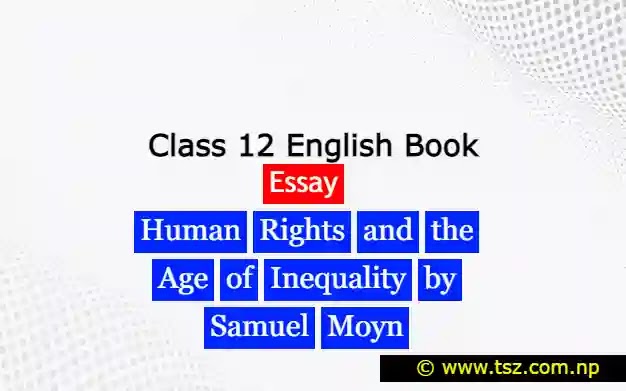 a. What was the first declaration of human rights that the United Nations signed into law?

There was a first human rights declaration made by the United Nations. It was about economic and social rights.

b. When does Human Rights Day take place?

Human Rights Day is on December 10th every year.

c. What is the goal of the Universal Declaration of Human Rights?

This is what the Universal Declaration of Human Rights is all about. It aims to make sure there is a strong foundation of liberation, equality, and peace and stability in society. Furthermore, it lists the most basic rights and values that humans deserve because they are human.

d. What are two big stages that involve writing the history of human rights in relation to that of political economy?

New cold war era in 1948 and the heroic age of national welfare after World War II are the two big stages in writing the history of human rights and the history of politics.

e. What are the facts that have been missed in Roosevelt’s call for a “second Bill of Rights”?

There are a few things that have been left out of Roosevelt's call for a "second Bill of Rights."

First, it was a sign of how provincially American the United States was when it came to the North Atlantic consensus.

Second, he didn't say that he would build a safety net for everyone. Instead, he said that "special privileges for the few" would come to an end.

Roosevelt, on the other hand, hoped that it would spread across the world, but it was organised in the United States, not the world.

As with local socio economic justice, new forms of judicial activity will be necessary to force the wealthy to provide more money to the poor, according to Herodotus' Histories.

g. Why is the Universal Declaration of Human Rights important to you?

There are many reasons why I think the Universal Declaration of Human Rights is important. It makes sure that all people have the same opportunities to get what they deserve, be treated fairly, and so on.

a. Does the essay give ways on how to stigmatise ( naramro dekhaunu) inequality? Explain.

In the essay "Human Rights and the Age of Inequality", author  talks about how inequality is made to seem bad. There isn't a specific way to make inequality seem bad in the essay.

The author says that if the gap between rich and poor grows this way, there will be people who don't like it. So, it is better to keep society equal and fair. By ensuring justice and equality, eliminating prejudice, enforcing rigorous regulations, and so on, the common people may begin a new kind of human rights movement. Inequality is seen as a negative for society as a whole since it may lead to conflict and even war.

b. Is another human rights movement necessary? Why?

The essayist says that another human rights movement is needed because:

ii) those in authority breach the law.

ii) There is still a lot of nepotism and favouritism going on in society today,

v) The law is not equal for everybody.

vi) There is still a great deal of political and social domination.

vii) Laws and rights exist only on paper; they are never enforced.

All people, regardless of wealth or social status, need equal access to justice and equal protection of their human rights.

a. What are the challenges in maintaining human rights in Nepal?

People in Nepal face a lot of problems when it comes to protecting their rights. The challenges are as follow:

Also Read :Summary of Human Rights and the Age of Inequality by Samuel Moyn