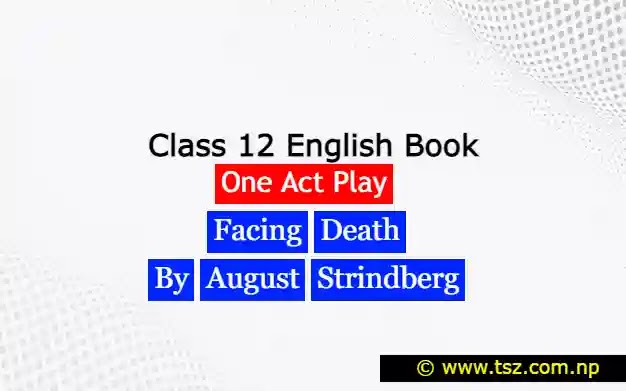 In Facing Death, Strindberg dramatizes a heroic sacrifice made by a bankrupt man for the sake of his daughters.

Johan August Strindberg (1849–1912) was a Swedish writer, playwright, and painter. Ranked among Sweden's most important authors,his works fall into two major literary movements, Naturalism and Expressionism. His theater tries to create a perfect illusion of reality through detailed sets, an unpoetic literary style that reflects the way real people speak, and a style of acting that tries to recreate reality. Miss Julie (1888), Facing Death (1892), A Dream Play (1902), and The Ghost Sonata (1907) are some of his notable plays.