The Gift in Wartime Exercise and Summary Class 11 English

The Gift in Wartime Exercise 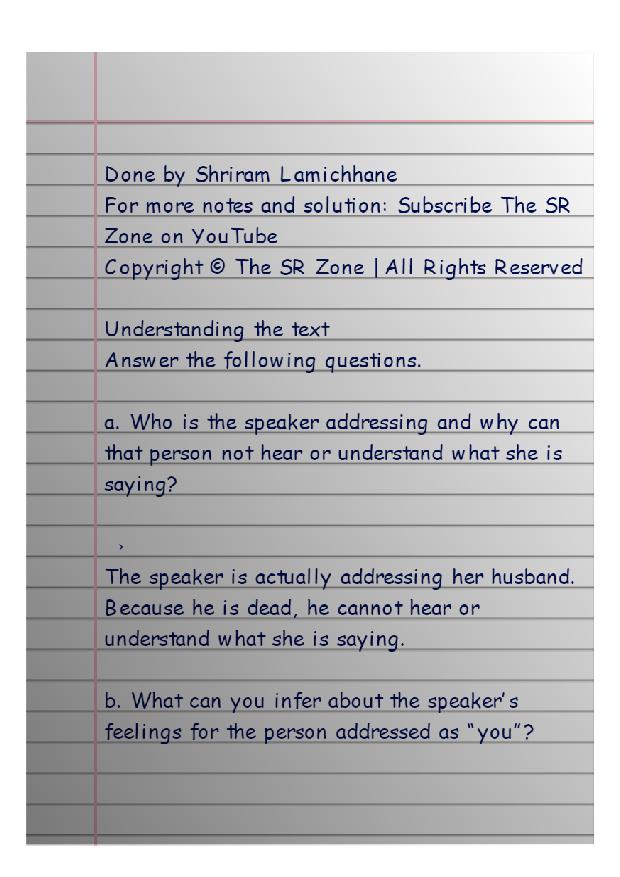 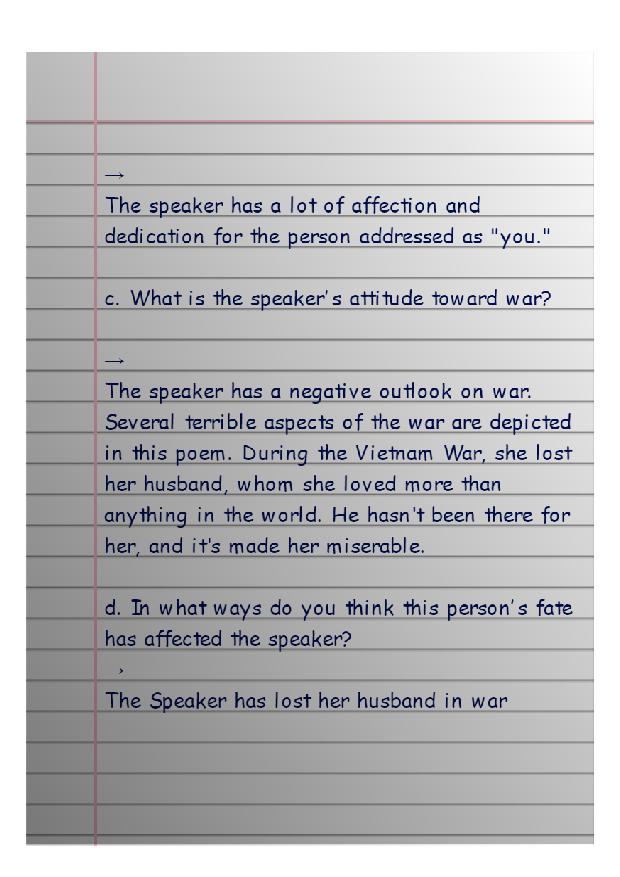 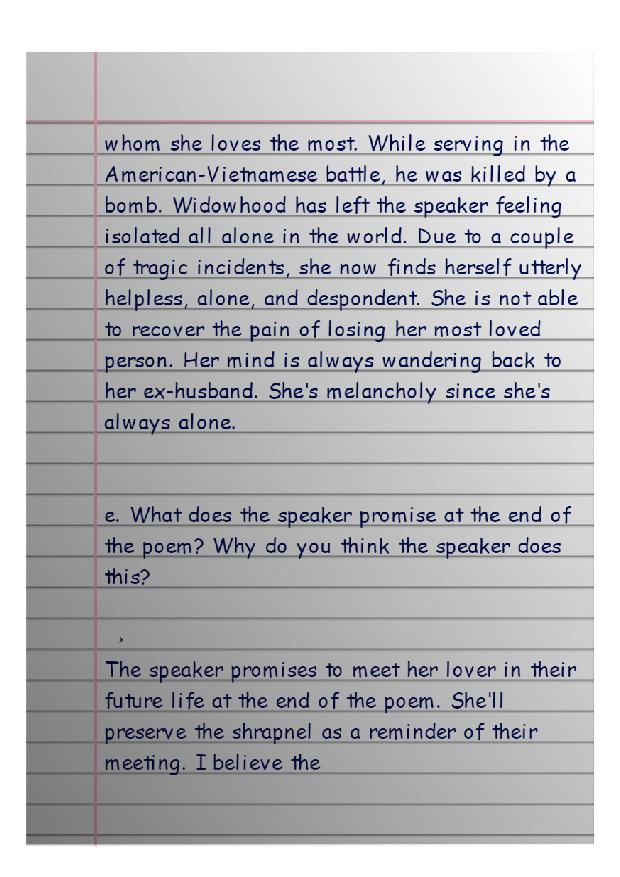 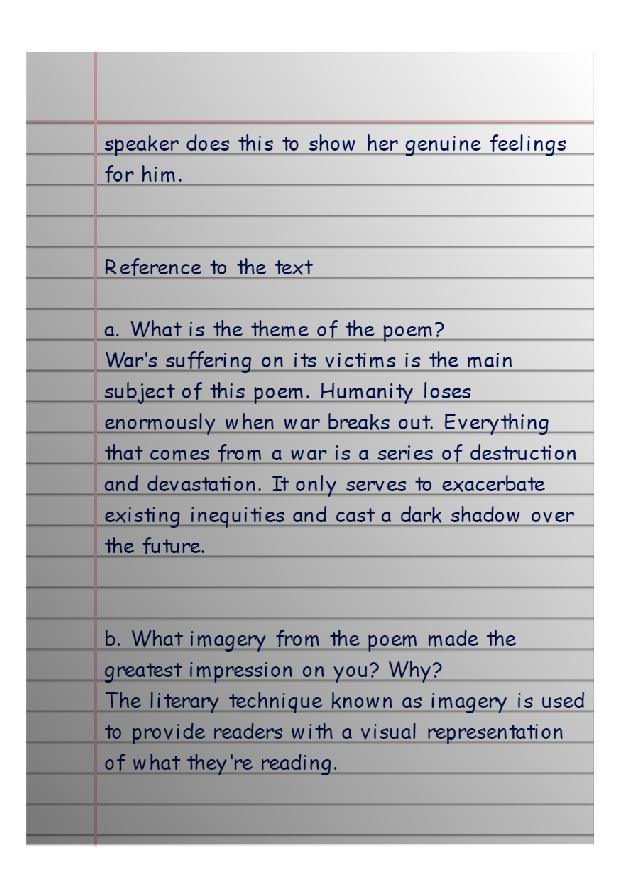 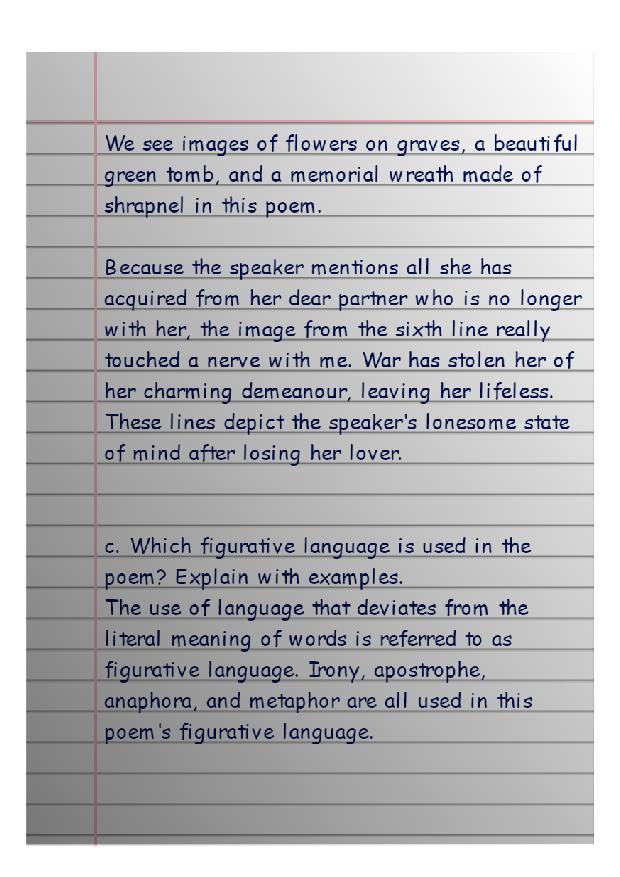 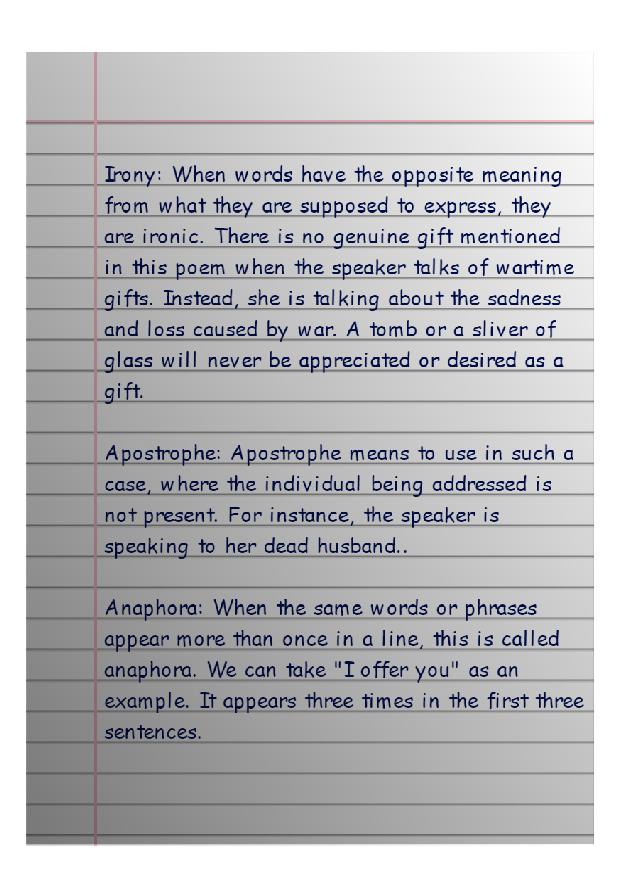 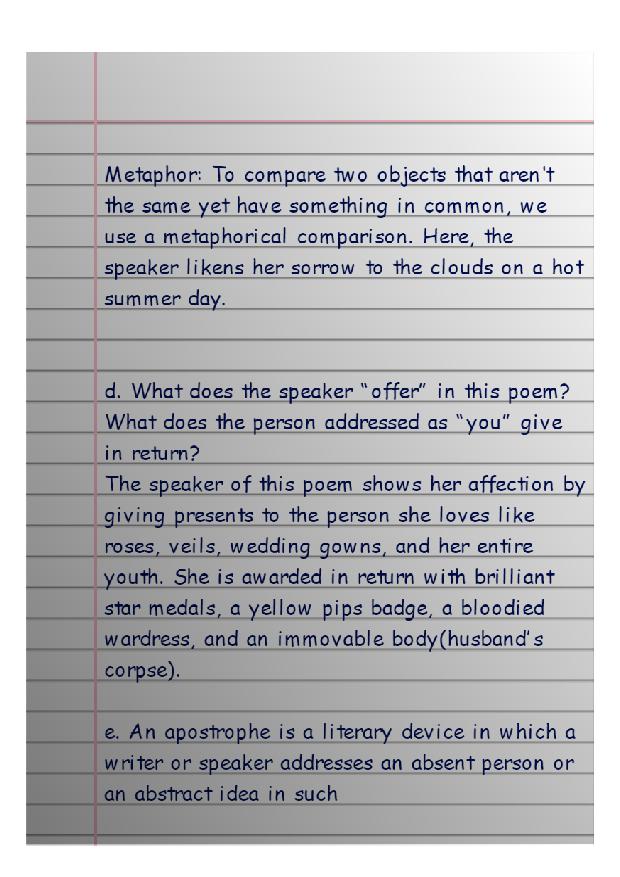 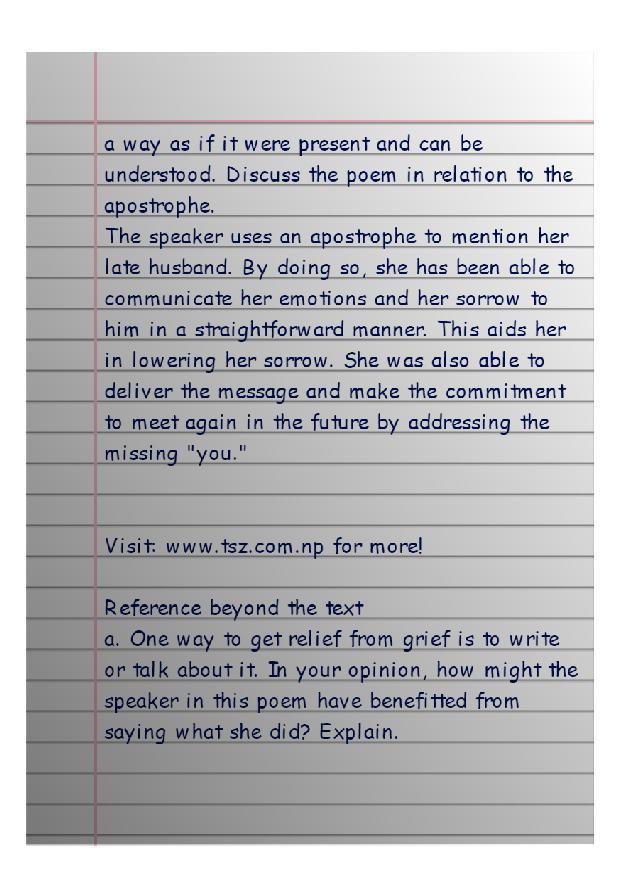 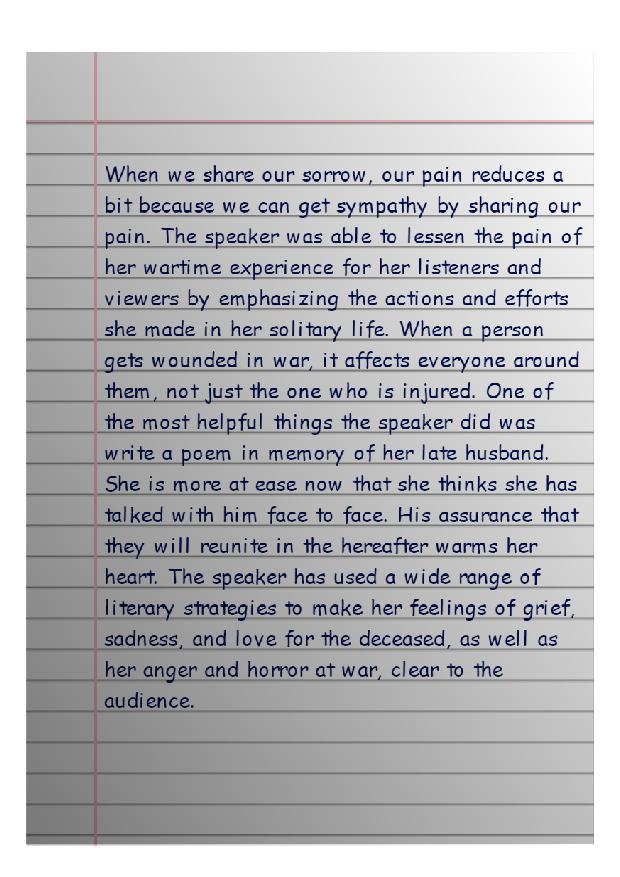 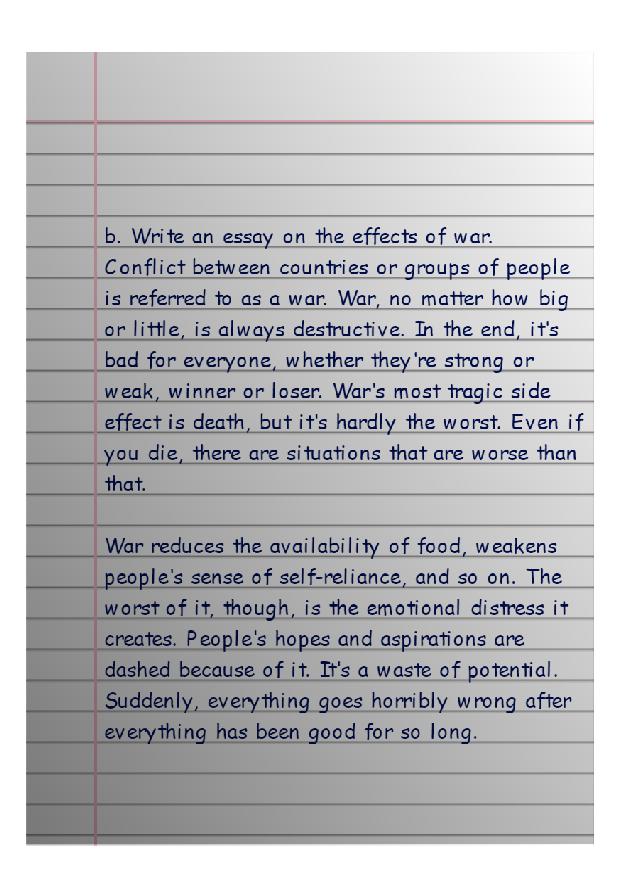 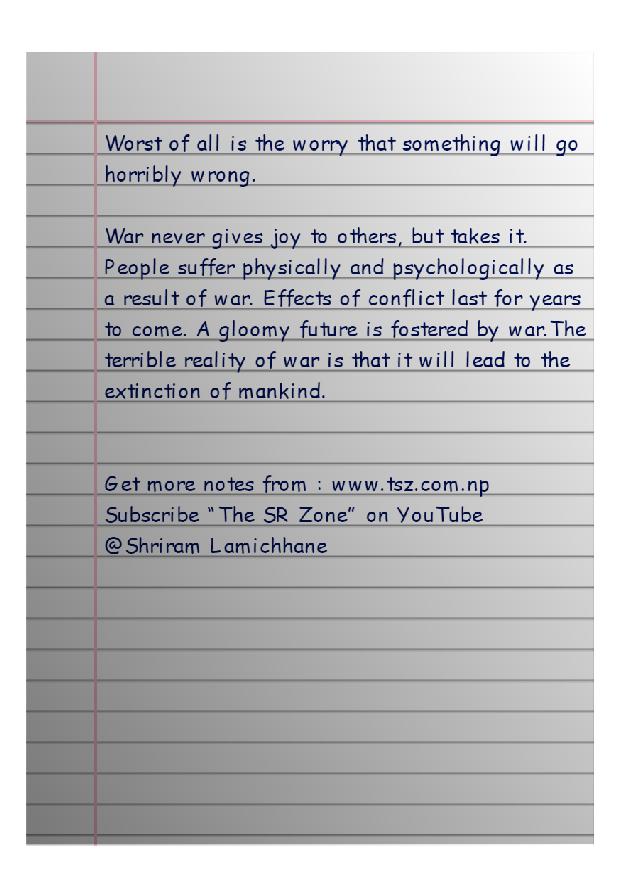 The Gift in Wartime by Tran Mong Tu Summary

The Gift in Wartime is a memoir about Tran Mong Tu's time in Vietnam. War, according to the author, is a horrible event that leaves young brides widowed when it ends.

As she describes it, the pain of seeing own husband with unworn medals and silver stars that are still glistening on their immobile bodies is a very devastating moment for a young woman. Written as a theatrical conversation, the poem features an unknown "you," who in reality is her (dead) husband.

Initially, the poem discusses the list of presents she gave to her husband and of things he gave her in return. The bride placed a bouquet of flowers on his grave and draped her bridal garment over it. She has given him the best of all she has to offer: her youth, her beauty, her love, and a beautiful spring. In return,  she gets his military awards, including his medal and rank insignia as well as an unmovable body.

Since he is no longer with her, his death or soul has also served as a gift to her. In the end, she hopes to reunite again in the afterlife. She'll save the shrapnel as a remembrance for when they meet again in the next world.

The Gift in Wartime Questions Answers

a. Who is the speaker addressing and why can that person not hear or understand what she is saying?
→ The speaker is actually addressing her husband. Because he is dead, he cannot hear or understand what she is saying.
b. What can you infer about the speaker’s feelings for the person addressed as “you”?
→ The speaker has a lot of affection and dedication for the person addressed as "you."
c. What is the speaker’s attitude toward war?
→ The speaker has a negative outlook on war. Several terrible aspects of the war are depicted in this poem. During the Vietnam War, she lost her husband, whom she loved more than anything in the world. He hasn't been there for her, and it's made her miserable.
d. In what ways do you think this person’s fate has affected the speaker?
→ The Speaker has lost her husband in war whom she loves the most. While serving in the American-Vietnamese battle, he was killed by a bomb. Widowhood has left the speaker feeling isolated all alone in the world. Due to a couple of tragic incidents, she now finds herself utterly helpless, alone, and despondent. She is not able to recover the pain of losing her most loved person.  Her mind is always wandering back to her ex-husband. She's melancholy since she's always alone.
e. What does the speaker promise at the end of the poem? Why do you think the speaker does this?
→  The speaker promises to meet her lover in their future life at the end of the poem. She'll preserve the shrapnel as a reminder of their meeting. I believe the speaker does this to show her genuine feelings for him.