What I require from Life? Exercise : Questions Answers and Summary Class 11 PDF Download

What do I require from Life?

Haldane begins the article by accepting the world's reality. He doesn't imagine a world in which everything is perfect. He claims that when he was younger, he wished for a tranquil  existence.

The First World War, on the other hand, altered his perspective on peaceful coexistence. As a result of this, he goes on to discuss the four most fundamental human needs. And he also needs these things.

Health is a major concern for JBS Haldane since it is a precondition for pleasure and success in life. We can work more productively if we have sound health. Good health encourages us to strive for other worthwhile goals in life.

Next one that he wants is a Job with a reasonable salary. He seeks employment that pays a respectable wage. He considers himself fortunate to have landed a job he enjoys.

He also desires the right to freedom. According to him, freedom is a necessary (but not sufficient) condition for the existence of human beings. He seeks autonomy in his professional life and also the freedom to speech so that he could expose social and political problems. He values his right to free expression above everything else.

Next, he desires genuine friendship, friendship. He wants friends who do not criticize others. He is looking for companions who have the same values as him. 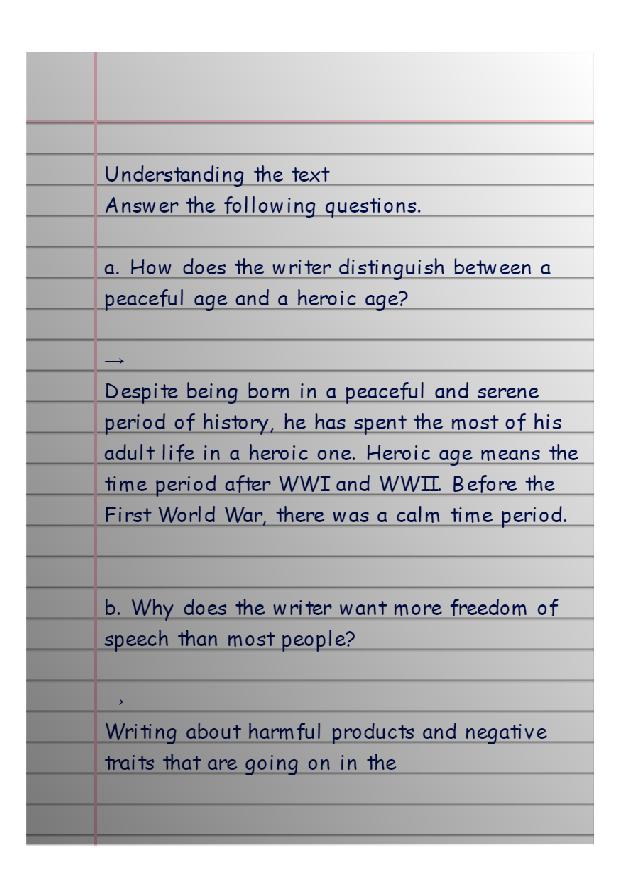 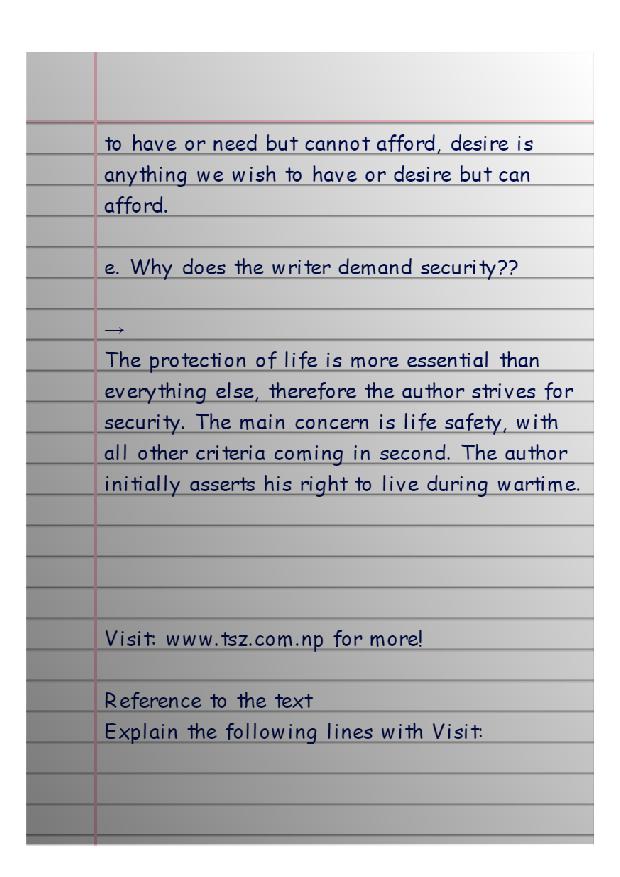 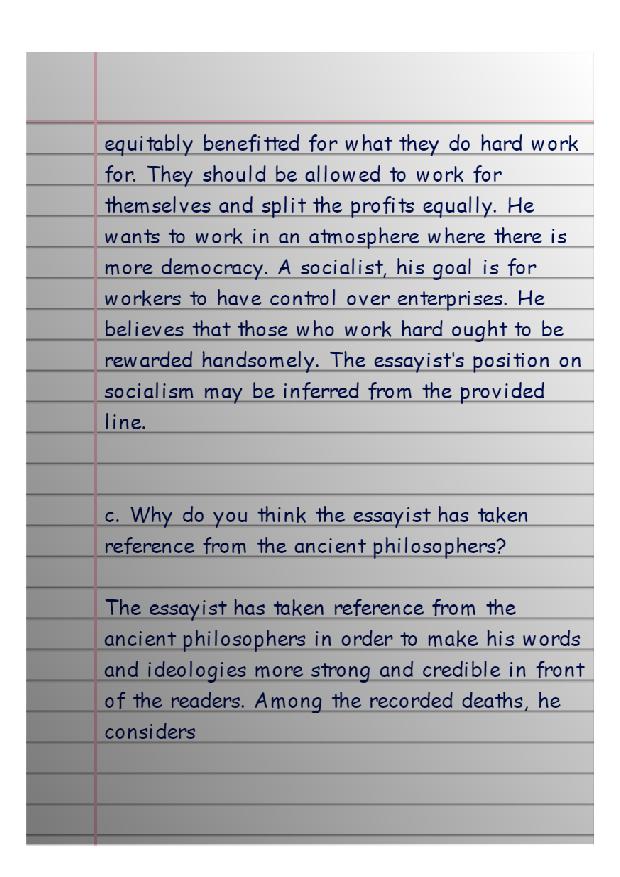 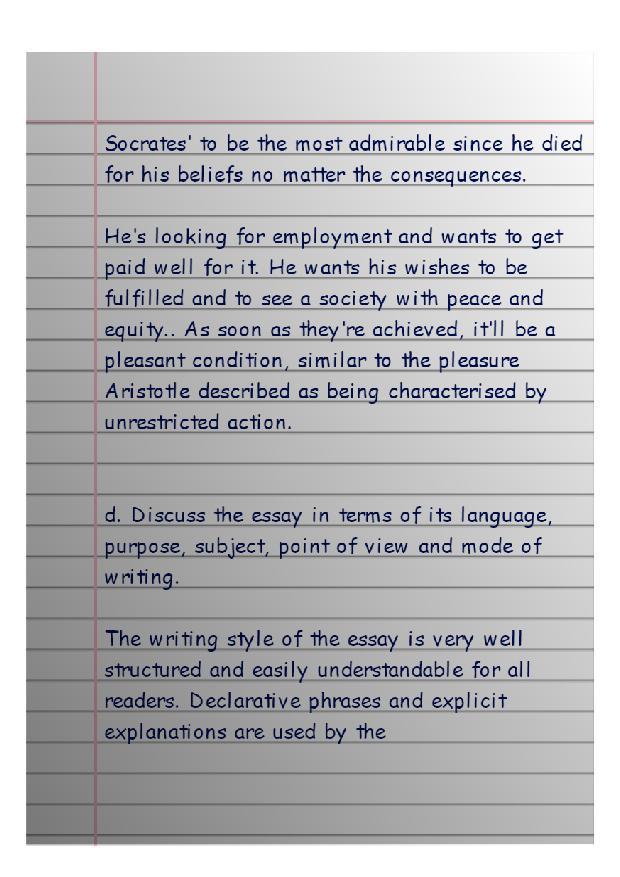 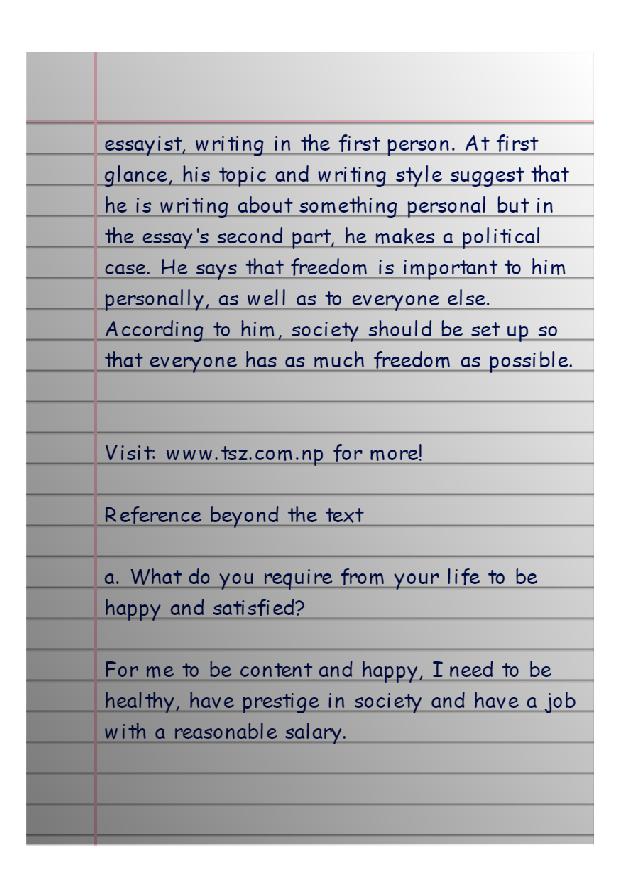 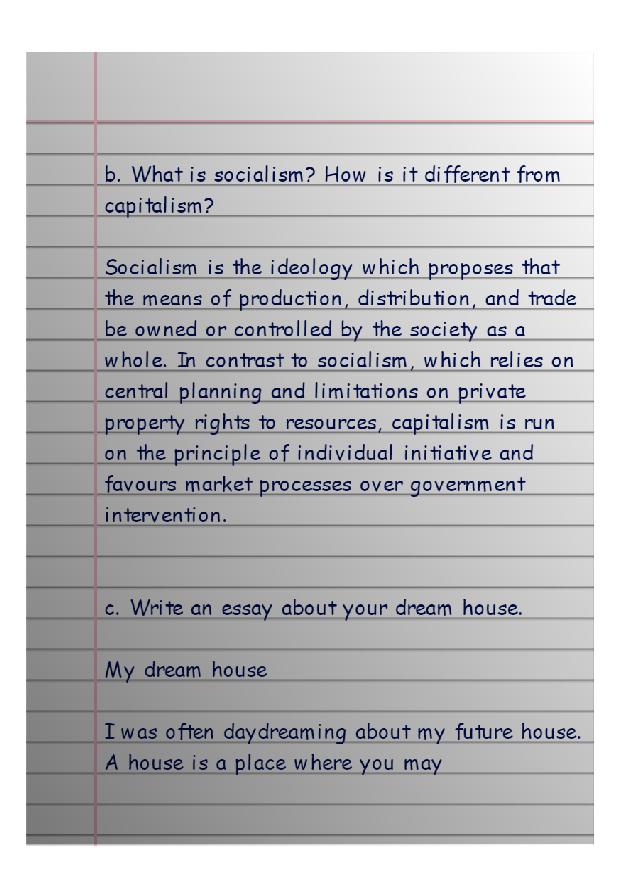 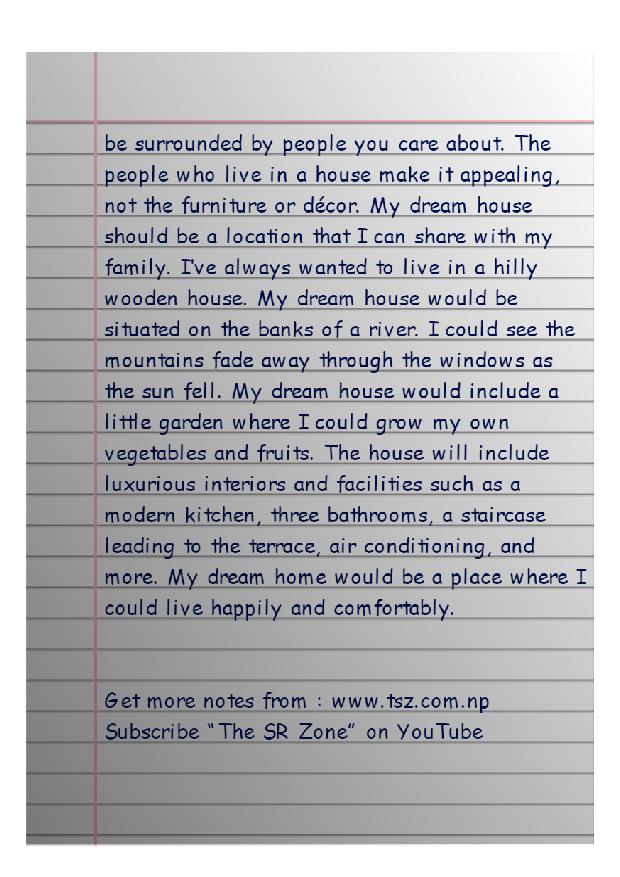 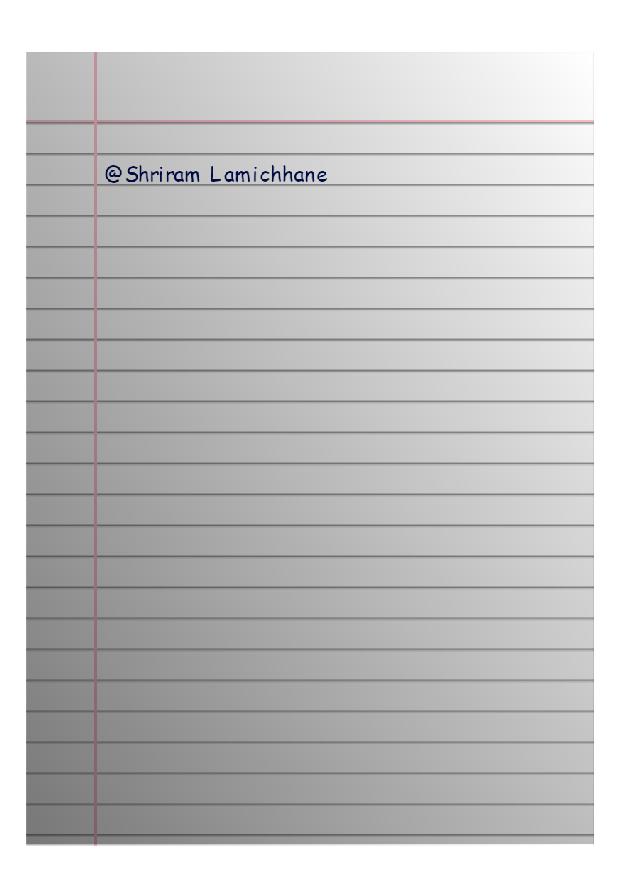 Go to What is Poverty? Exercise : Questions Answers and Summary Class 11
Understanding the text
Answer the following questions.
a. How does the writer distinguish between a peaceful age and a heroic age?
→
Despite being born in a peaceful and serene period of history, he has spent the most of his adult life in a heroic one. Heroic age means the time period after WWI and WWII. Before the First World War, there was a calm time period.
b. Why does the writer want more freedom of speech than most people?
→
Writing about harmful products and negative traits that are going on in the industrial market and current society requires more freedom of expression than most people have these days. So, the writer wants for more freedom than anybody else.
c. According to the writer, what are the four general human needs?
→
A job with a reasonable salary, excellent health, friends, and independence are important human needs according to the writer.
d. What is the difference between desire and demand according to the writer?
→
Unlike desire, which is everything we want to have or need but cannot afford, desire is anything we wish to have or desire but can afford.
e. Why does the writer demand security??
→
The protection of life is more essential than everything else, therefore the author strives for security. The main concern is life safety, with all other criteria coming in second. The author initially asserts his right to live during wartime.
Visit: www.tsz.com.np for more!
Reference to the text
Explain the following lines with Visit: www.tsz.com.np for more!
Reference to the text:
a. “The satisfaction of adventure is something much more solid than a thrill.”
It's clear from the above sentence that Haldane is a thrill seeker. The desire for adventure does not equate to the need for adrenaline rushes. He's looking for a new challenge. People with a lot of life experience, according to him, benefit from it.
b. “I want the workers to see the fruit of their own work not in profits for others, but in their own and their friends’ well-being.”
Author wants to see workers being equitably benefitted for what they do hard work for. They should be allowed to work for themselves and split the profits equally. He wants to work in an atmosphere where there is more democracy. A socialist, his goal is for workers to have control over enterprises. He believes that those who work hard ought to be rewarded handsomely. The essayist's position on socialism may be inferred from the provided line.
c. Why do you think the essayist has taken reference from the ancient philosophers?
The essayist has taken reference from the ancient philosophers in order to make his words and ideologies more strong and credible in front of the readers. Among the recorded deaths, he considers Socrates' to be the most admirable since he died for his beliefs no matter the consequences.
He's looking for employment and wants to get paid well for it. He wants his wishes to be fulfilled and to see a society with peace and equity.. As soon as they're achieved, it'll be a pleasant condition, similar to the pleasure Aristotle described as being characterised by unrestricted action.
d. Discuss the essay in terms of its language, purpose, subject, point of view and mode of writing.
The writing style of the essay is very well structured and easily understandable for all readers. Declarative phrases and explicit explanations are used by the essayist, writing in the first person. At first glance, his topic and writing style suggest that he is writing about something personal but in the essay's second part, he makes a political case. He says that freedom is important to him personally, as well as to everyone else. According to him, society should be set up so that everyone has as much freedom as possible.
Wait for some seconds to generate PDF download link!
Download PDF as HTML
Please wait..
If the download didn't start automatically, click here.