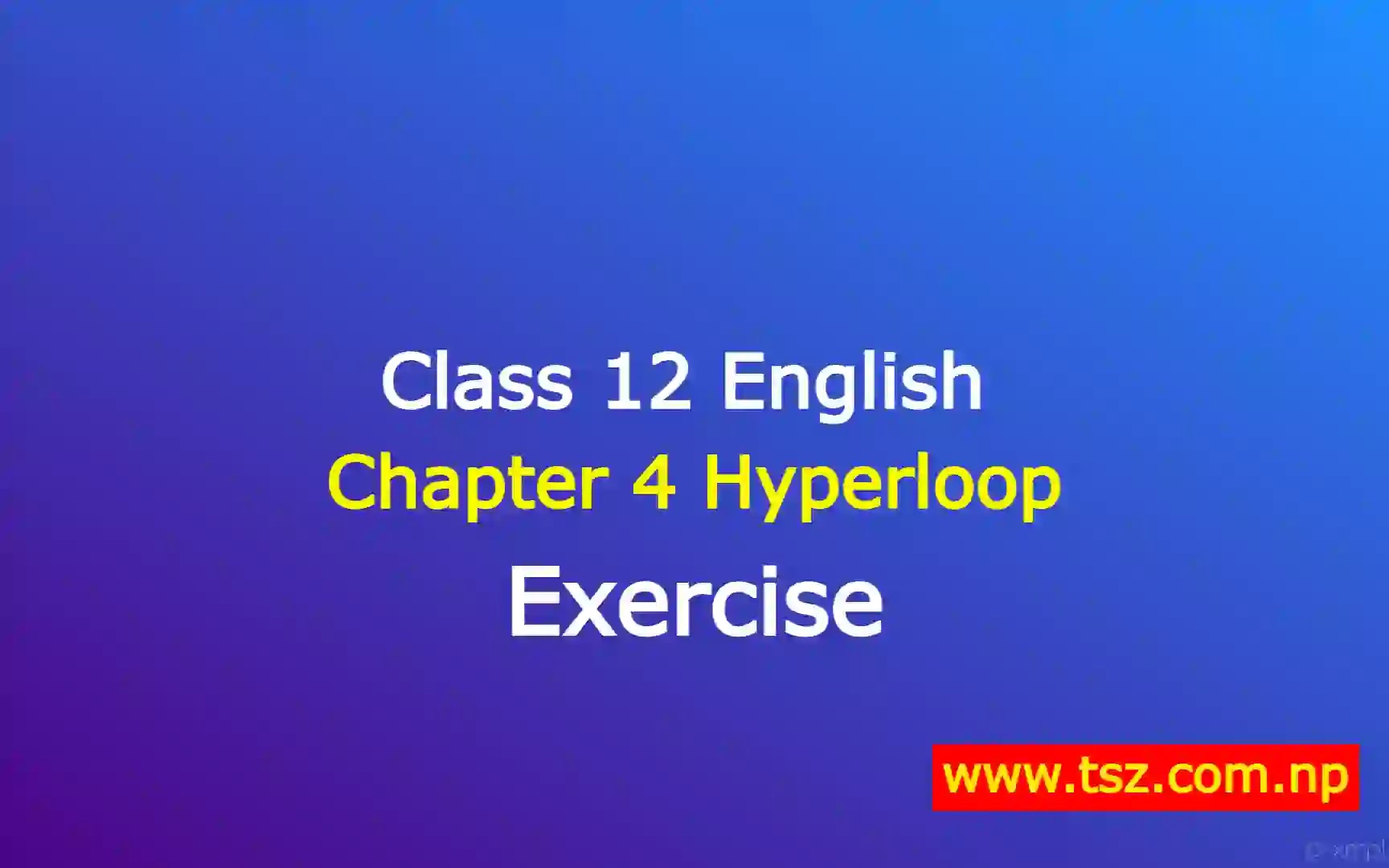 A. Choose the correct words from the box to complete the following sentences.

a. I think that covering up the facts is Equivalent to lying really.

b. If there is not a substantial move to public transport, we will have declaration and the whole regeneration will not work.

c. Each new leader would blame his predecessor for all the evils of the past.

d. We have, in fact, envisioned a better world and have made it happen.

e. The main linear actuators of the Pneumatic systems are cylinders.

f. The barrel was short and the bullet emerged at subsonic speed.

g. The city is said to receive two-fifths of the total freight delivered in the country.

h. It would still take four hours to get down, in a spiral of gridlock.

i.  Apparently, the magician will be doing some Levitation on the\stage tomorrow.

j.  We might be experiencing some Turbulence on this flight due to an approaching electrical storm.

B. Add three more words that are formed with the following prefixes.

a. What is a hyperloop? How does it work?

= Hyperloop is a planned train that would be capable of travelling at incredible speeds. It's superfast because it's enclosed in a tube with no air in it. As a result of the lack of air, there will be no friction to slow the train down.

b. How is hyperloop more beneficial than the traditional trains?

= Hyperloop is much more beneficial and superior than any traditional or a high-speed rail. It's less expensive and uses less energy since the track doesn't have to provide electricity to the pods constantly and because the pods may depart every 30 seconds, it's more like a demand-based service.

c. Does hyperloop have a successful history? How?

= No, it does not have a successful history since the original concept for hyperloop was to use waggons and pneumatic tubes to transport mail and parcels between buildings which was ultimately a failure.

d. Write the contributions of Robert Goddard and Elon Musk for the development of hyperloop.

= As early as the early 20th century, Robert Goddard developed the "vactrain" concept. This is certainly an origin to the hyperloop. Since then, there have been a significant number of similar ideas.

Elon Musk, the creator of SpaceX and Tesla, came up with the notion of the hyperloop in order to offer ultra-fast intercity transportation. Travel pods enclosed within steel tubes will serve as Elon Musk's "fifth mode of transportation," which will be superior to any cars, planes, boats, and trains. His 'Hyperloop Alpha' publication in August 2013 sparked the concept of hyperloop.

e. What relation does speed have with air resistance? Explain.

= More Air resistance decreases the speed of a moving body and vice versa. Since, Hyperloop will travel through the vacuum tubes, the speed will drastically increase as the result of no-air resistance.

f. What are hyperloop capsules compared with? How are they similar?

= Hyperloop capsules are compared to Boeing 747s because they both accelerate at the same rate of speed.

g. How do the passengers feel while travelling via hyperloop? What will be done to make it luxurious?

= On a hyperloop, the passengers feel approximately the same as riding a lift or a passenger aircraft. The cabin shows beautiful scenery and each passenger has access to his or her own private amusement systems, to let them have an easy trip.

h. Why does the writer doubt the success of hyperloop? What does success depend on?

= Hyperloop's success will be determined on the destinations, the local economy, and the geographical location. The author has concerns regarding hyperloop's viability because of the enormous multibillion-dollar expenditure and the fact that the projects are still in the pilot and experimental phases. In the past, Nikola Tesla and Elon Musk had already closed the same concept program, due to no response from government authorities.

a. Is the hyperloop the future of transportation or just a dream? What do you think? Justify your opinion with suitable reasons.

=The hyperloop, in my opinion, is the way transportation will be in the future. When Elon Musk's concept of Hyperloop first appeared in 2013, it was hailed as a "futuristic mass transportation system."

The fact that the box floats in the tubes and only makes its way a few millimeters above the ground is the most impressive aspect about the Hyperloop. It is expected not only to shorten travel times between cities, but also expected to be more cost-effective and environmentally friendly than current modes of transportation. Using pneumatic steel tubes, it will travel from one end to the other at supersonic speeds.

But, Hyperloop has many challenges. First, the development of Hyperloop will be very expensive, hence won’t be economical to all types of travelers. It's still in the testing phase, even though the corporations involved are keen to tout the technology's potential. Despite the attractiveness of this new technology, it takes time to realize its full potential.

If inventors and innovators succeed in their initiatives, it might be the transportation method of the future. Nothing has been impossible to us, to create or manage in past and present as well. So, I think that hyperloops have the potential to revolutionize transportation.

Nepal's infrastructure is being outpaced by private automobile and vehicle use. Vehicle ownership is constantly rising among the Nepalese population. Despite the fact that they save time and privacy, they are hazardous to the environment since they cause greater pollution, traffic congestion, and road deaths.

As a solution to this problem, even though petroleum costs are rising, more and more people are buying their own vehicles. As a result, traffic is expanding at an alarming rate.

It is time to outlaw private vehicles since their extensive use harms the environment and raises harmful gas emissions that will cause big difficulties in the future. We should reduce the number of vehicles on the road by putting public transit first and prioritizing it above private autos.

There should be limits on the use of old personal automobiles by municipal administrations. New highways need to be constructed or existing ones widened. People must use public transportation. The public and the government should be worried about this. Some of the traffic congestion may be alleviated by widening the roads. As a last point, public transportation should be emphasized, including the bus, rail, and so on.

Working together, the government and citizens can make this happen. Effective management is needed to avoid a growth in the number of automobiles and their detrimental impacts because it's almost insane to stop people from purchasing and using personal vehicles.

B. Rewrite the following sentences with the correct form of the verbs in the brackets.

a. The invitation is for one person. I don’t mind whether you or she (come) to the party.

→The invitation is for one person. I don’t mind whether you or she comes to the party.

b. Neither the MPs nor the Prime Minister (have) felt regret for the party split.

→Neither the MPs nor the Prime Minister has felt regret for the party split.

c. I don’t care whether he or she (win) the lottery.

I don’t care whether he or she wins the lottery.

d.  Either the Kantipur or the Republica (be) used for the advertisement.

→Either Kantipur or the Republica is used for the advertisement.

e. She speaks in a strange accent. Neither I nor my sister (understand) her.

→She speaks in a strange accent. Neither I nor my sister understands her.

f.I forgot whether the singers or the actress (be) given the Film Fair Award last year.

→I forgot whether the singers or the actress were given the Film Fair Award last year.

g.  Neither the tracksuit nor the pajamas (fit) me perfectly.

→Neither the tracksuit nor the pajamas fit me perfectly.

h. Neither the gas fire nor the electric heaters (be) suitable for room heating.

→ Neither the gas fire nor the electric heaters are suitable for room heating.

C. This passage contains the agreement errors. Correct the subjects or verbs that don’t agree with each other. Remember to use present tense in your corrections.

Within the state of Arizona, Rob, along with his family, moves frequently from city to city. After his arrival, one of his first tasks was to find an apartment close to work, as he did not have a car. Usually, there are many different places to choose from, and he considers cost, location, and luxury. If one apartment has a washing machine and dryer and costs four hundred dollars a month, he prefers to rent it over another apartment which has significantly less rent and is located two blocks from a Laundromat. Rob's family never wanted to live in an apartment on the thirteenth floor, since all of them fear heights. He also tried to choose an apartment with a landlord recommended by former tenants. Everybody knows that it is important to find a responsible landlord. Rob and his wife love to cook together when both are free, so they need a spacious, well-equipped kitchen. Rob often looks for a place with an air conditioner because there are so many scorching days and nights in Arizona. Whenever Rob finds a new apartment, all of his concerns disappear. He felt relieved and called his mother. Someone understands!