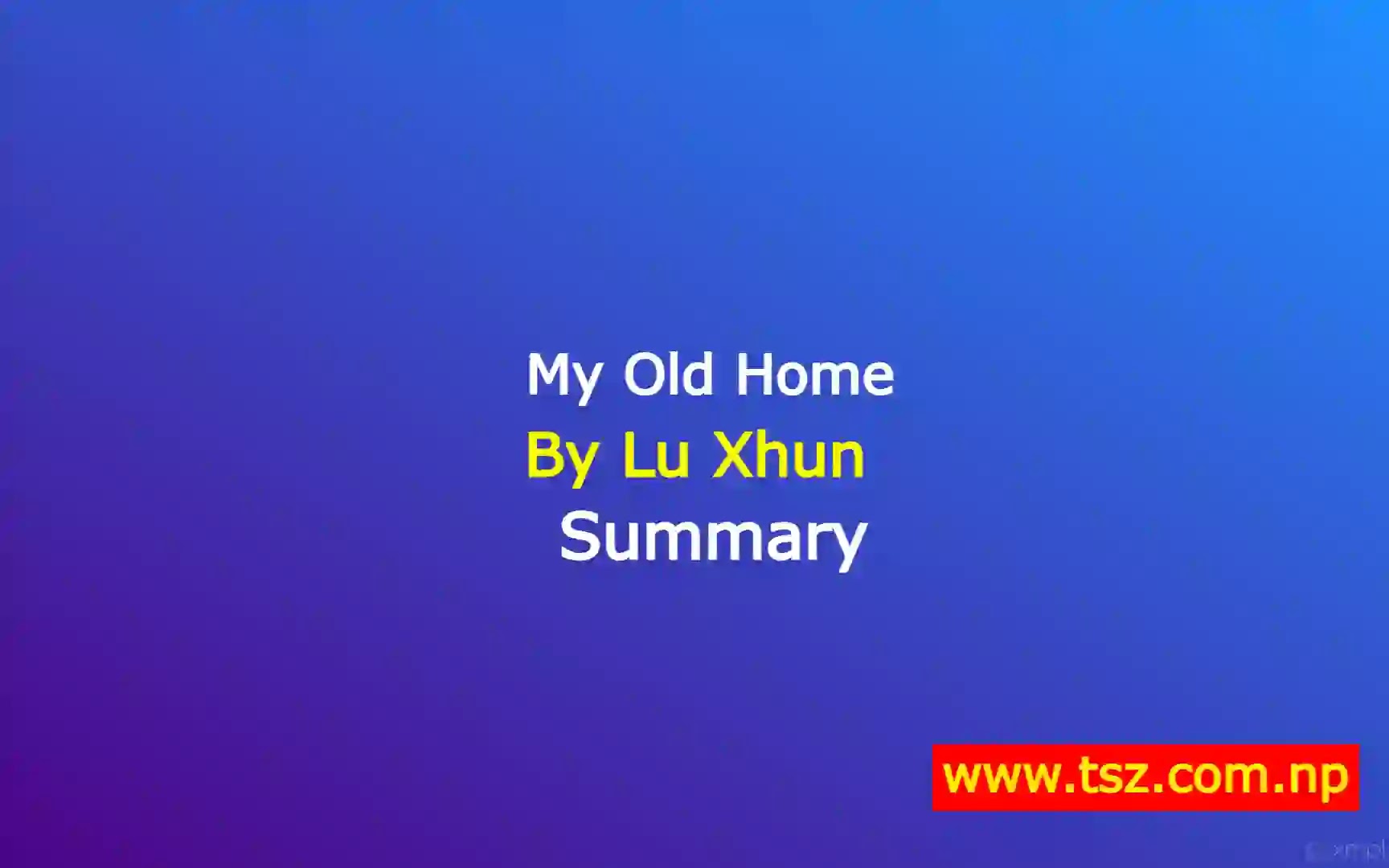 ‘My Old Home’ is a story about Xun’s memories, from youth to middle age that depicts the conflict between memories and realities. The story describes how Xun feels while being away from home for many years. Upon arriving at his long-past home, his memories are forced to come to confront with the realities. His prior conceptions and understandings of the world come into conflict with his realities.

The main characters of the "My Old Home" Story have been introduced below:

"My Old Home" is a short tale on memory and reality. The author of this tale is Lu Xun. In this narrative, the writer recalls an old house and a companion.

As the writer returns to his former home, he has mixed emotions. He missed his country while away from it. But when he returns to his former home, his memories are forced to meet reality. His old understandings of the universe clash with his reality. An important issue in this novel is the contrast of recollections with reality. This narrative depicted the narrator's childhood in a Chinese hamlet.

It's said that he came home after twenty years and more than 600 miles. He was very happy with where he lived. He missed his old home. He was sad when he saw how his hometown had not grown, how desolate it was, and how many people had moved away. His old house was beautiful and used to be home to a lot of people who were related to him. He also said that he has changed how he thinks about his hometown since he arrived there unhappy. It was at that time that he went back to his hometown to say "goodbye." His mother welcomed him back when he came home. He met his nephew Hong'er. He told his mother about a rental house that was close to where he worked. They would move there. He wanted to sell old furniture so that he could buy new furniture for his rental home. His mother informed him about Runtu.

The narrator longed to meet his boyhood friend Runtu. Along with Runtu, the narrator saw childhood recollections. He saw Runtu with a silver necklace and a pitchfork. He watched Runtu thrusting zha with all his strength. But zha evaded his punch and slid between his legs. He recalled working-class folks as full-time, daily, and part-time. In his recollections, the narrator and Runtu were defending watermelons from zha. He recalled everything Runtu told him. Many relatives and others visited his boyhood home.

Mrs. Yang was the chatty and amusing woman. Her description was extremely amusing. He called her a geometry box's compass. Mrs. Yang's conduct astonished the narrator. She encircled the storyteller. Later, the narrator recalled her. Mrs. Yang, known as "A Beancurd Beauty" in his boyhood, sat in her beancurd business powdering herself.

The narrator's decision to sell his former home's furnishings prompted Mrs. Yang's words of caution. After several years, the narrator encountered Runtu. It hurt him to say "Master." It was known to the narrator and his mother that Runtu was poor and had numerous children.

Responsibility, high taxes, troops, robbers, government officials, landed gentry, social inequalities, etc. squeezed Runtu. Throughout his life, these conditions kept him poor. The narrator and his mother decided to aid Runtu by donating some outdated household things. Runtu chose some ancient goods. In his choices, he even teased Runtu.

When the narrator left after nine days, he became nostalgic. He recalled Runtu's superstitious idol worship. He realized the human urge for hope. He wished his nephew Hong'er and Runtu's son Shuisheng well in the future. He compared his current reality to his recollections. He moved on, leaving his past behind him.

Subjects of the story

This stroy is about Lu Shun's recollections, from childhood to old age, and the hostility/conflict caused by the illusions he has when his memories clash with the truth. The story follows Lu Hsun, a young master who returns home to see his mother and nephew.

He quickly remembers his youth, spent with his closest friend and servant, Jun-Tu. Lu Hsun reconciles with his family, including a neighbour, Mrs. Yang.

What happens when geography, time, and societal barriers prevent them from becoming friends?Throughout the story, the narrator recalls previous events in this house. Many things have changed and are not what the narrator anticipated when he returns as an adult.

For example, when the narrator comes home, Jun-tu behaves as if the narrator is his master and has a higher status than him. The narrator's childhood home was a metaphor in this story. The house is a symbol because it symbolizes the narrator's "old" recollections.

Since the family is departing, the narrator will be reminded of the memories associated with the home. The home represents growing up and moving on in life.

In conclusion, the story teaches us the important message about moving on and leaving the past behind. The narrator, Hung-erh, and his mother are on the boat departing their home at the conclusion of the story. As he departed, he realized he was leaving behind memories and even his former house.

The author is telling the audience that being kind to others keeps them off the treadmill.

In a friendship, one must learn to put the other first.

Hsun also stresses the value of loyalty. Other themes include respect, filial piety, and societal obstacles that prevent cross-class friendships.

The story's most obvious friendship is between friends.

Jun-Tu taught Lu Hsun many things about the outside world, and Lu Hsun was one of the few individuals Jun-Tu could trust.

They grew inseparable as they acted like brothers. There was a master-servant relationship between them. It was a un breakable bond, connection, mutual, reciprocal relation.

After a while, Jun-Tu understands they can't be friends.

He realizes that one's function is determined by one's social standing.

So he respects Lu Hsun as a master and gives him little presents.

This is a ruler-subject relationship.

rationalize (v.): attempt to explain or justify with logical reasons, even if these are not appropriate

sacrificial vessels (n.): originally a cauldron for cooking and storing meat. The Shang prototype has a round bowl, set on three legs with two short handles on each side

intercalary (n): a day or month inserted in the calendar to harmonize the solar calendar like 29 February.

talisman (n.): an object, typically an inscribed ring or stone, which is thought to have magic powers and to bring good luck

hedgehog (n.): a small nocturnal Old World mammal with a spiny coat and short legs, able to roll itself into a ball for defence

Concubine (n.): mistress; woman who lives with a man but has lower status than his wife or wives

About Author of My old home : Lu Shun

Lu Xun (1881-1936) is the pen name of the writer born as Zhou Shuren. He was born to a family with a strong Confucian background.

His grandfather served as a high official in Beijing, and his father was also a scholar. Lu Xun has been considered China's greatest writer in the 20th century.

He was a short story writer, essayist, and translator who is commonly considered the ‘father of modern Chinese literature.’ Known for his satirical observations of early 20th-century Chinese society, he is celebrated as a pioneer of modern vernacular Chinese literature and was one of the most important thinkers of his time.