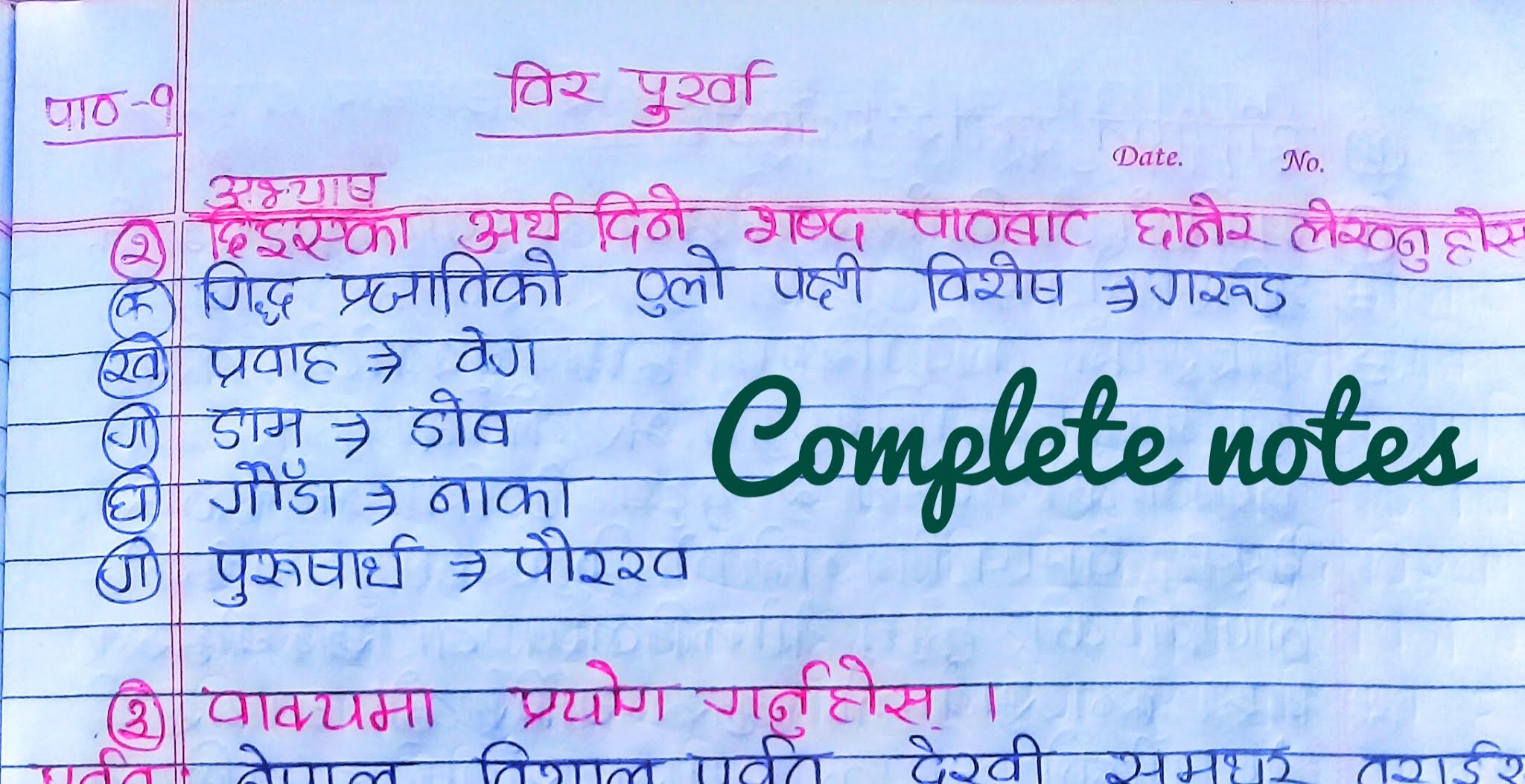 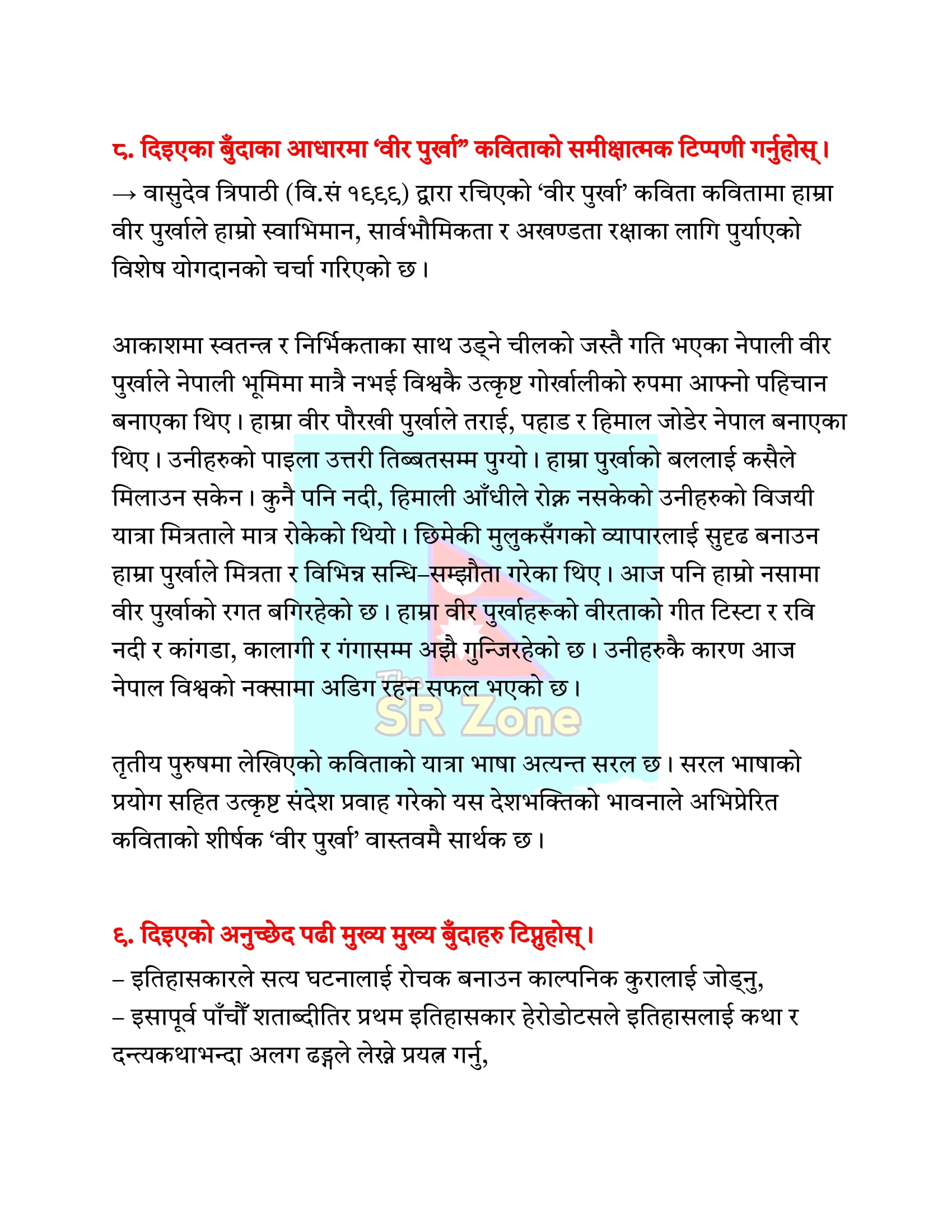 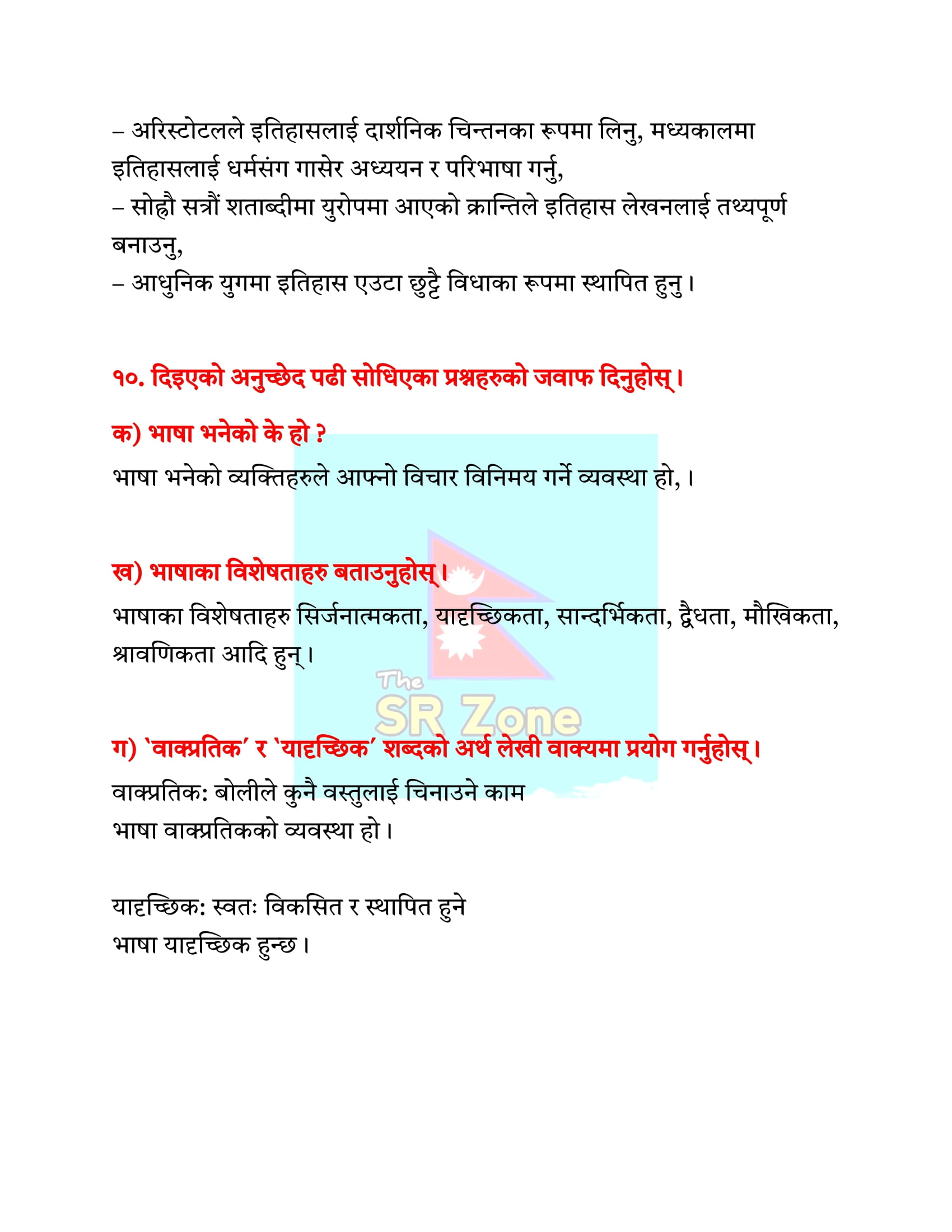 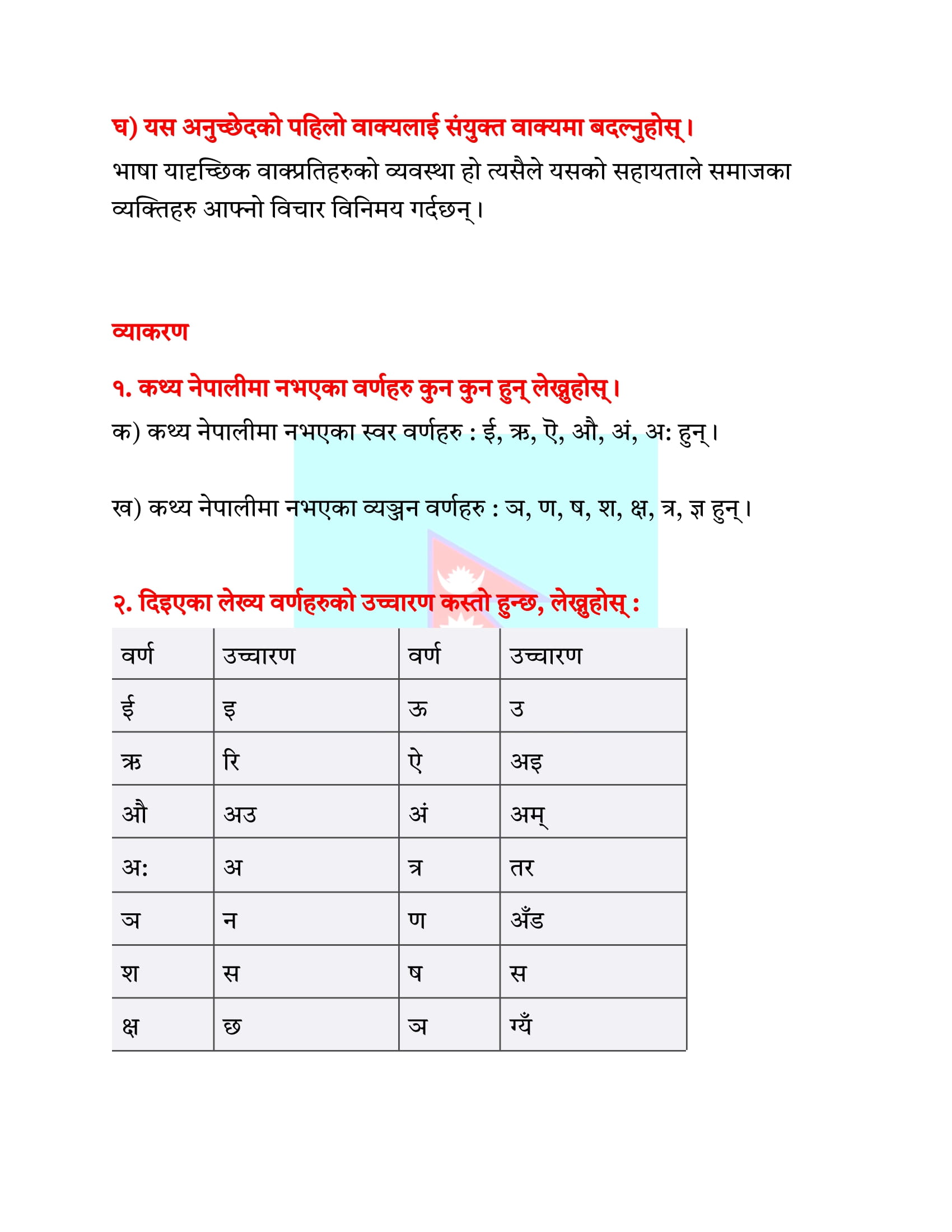 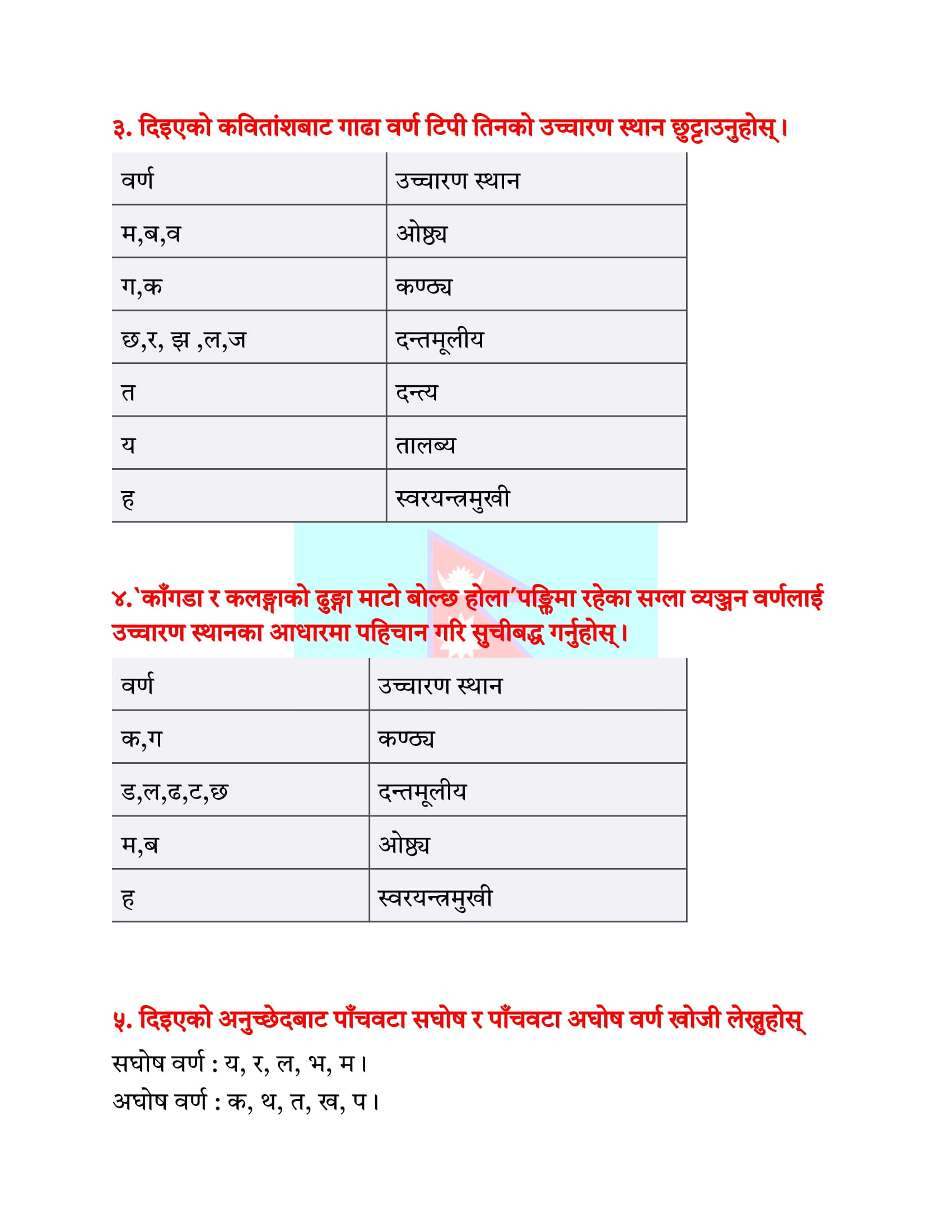 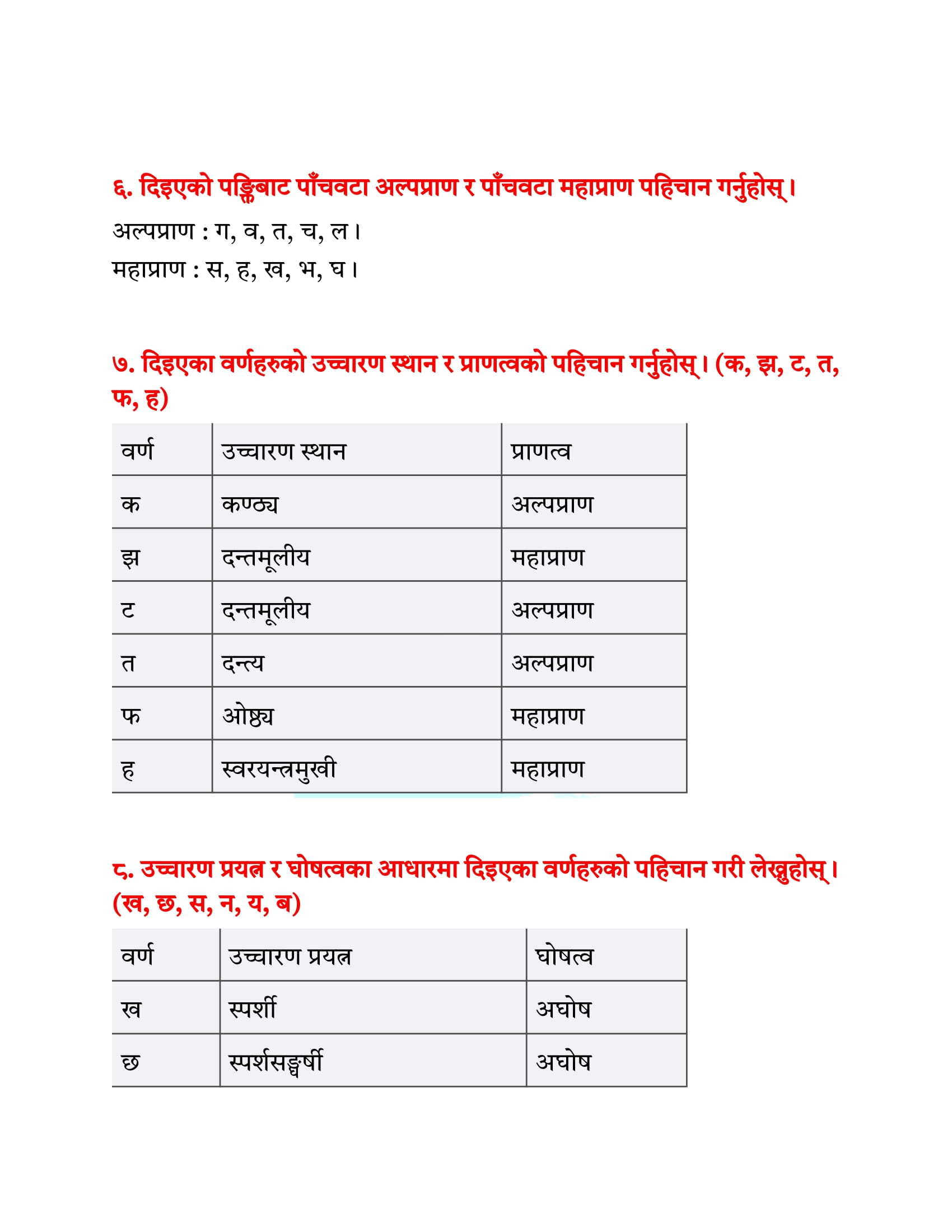 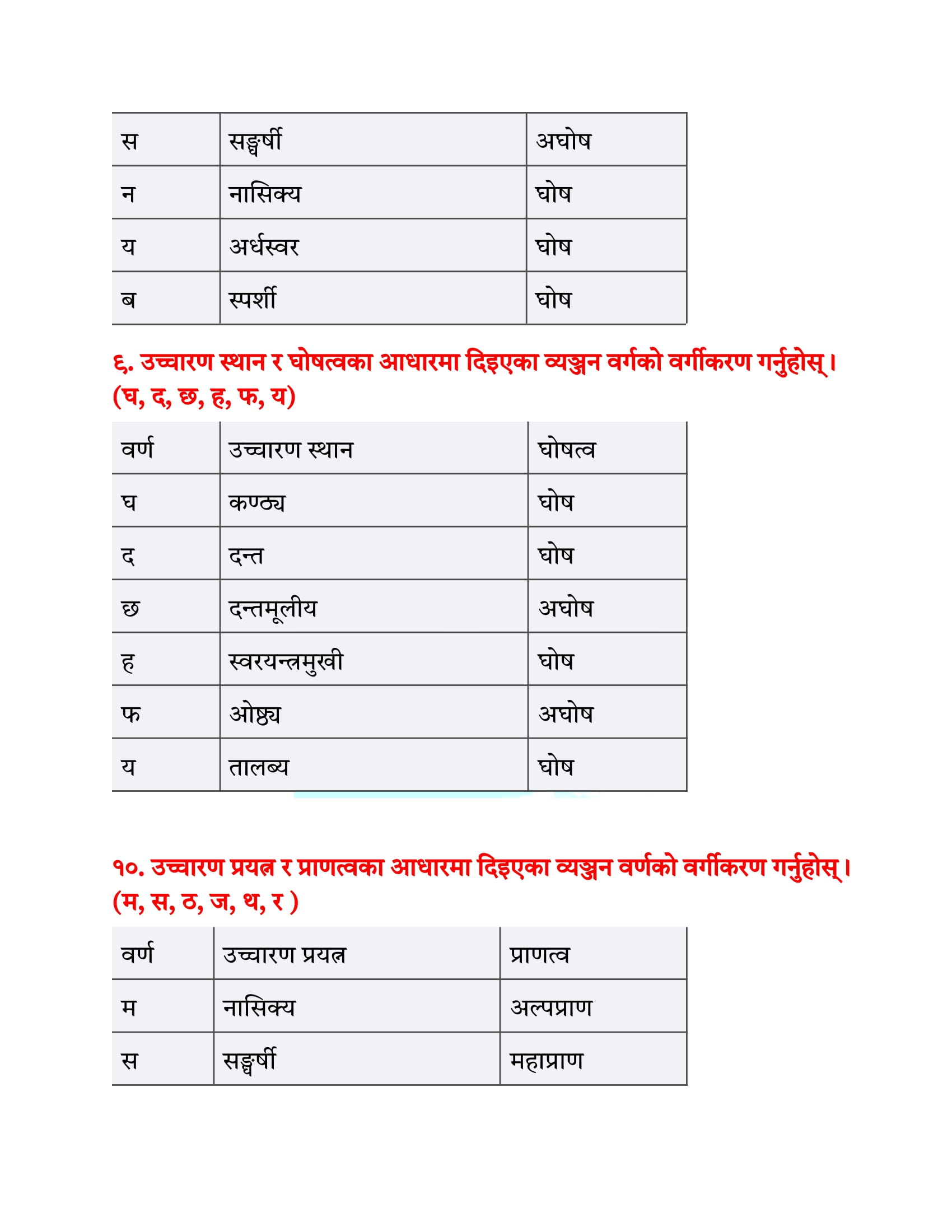 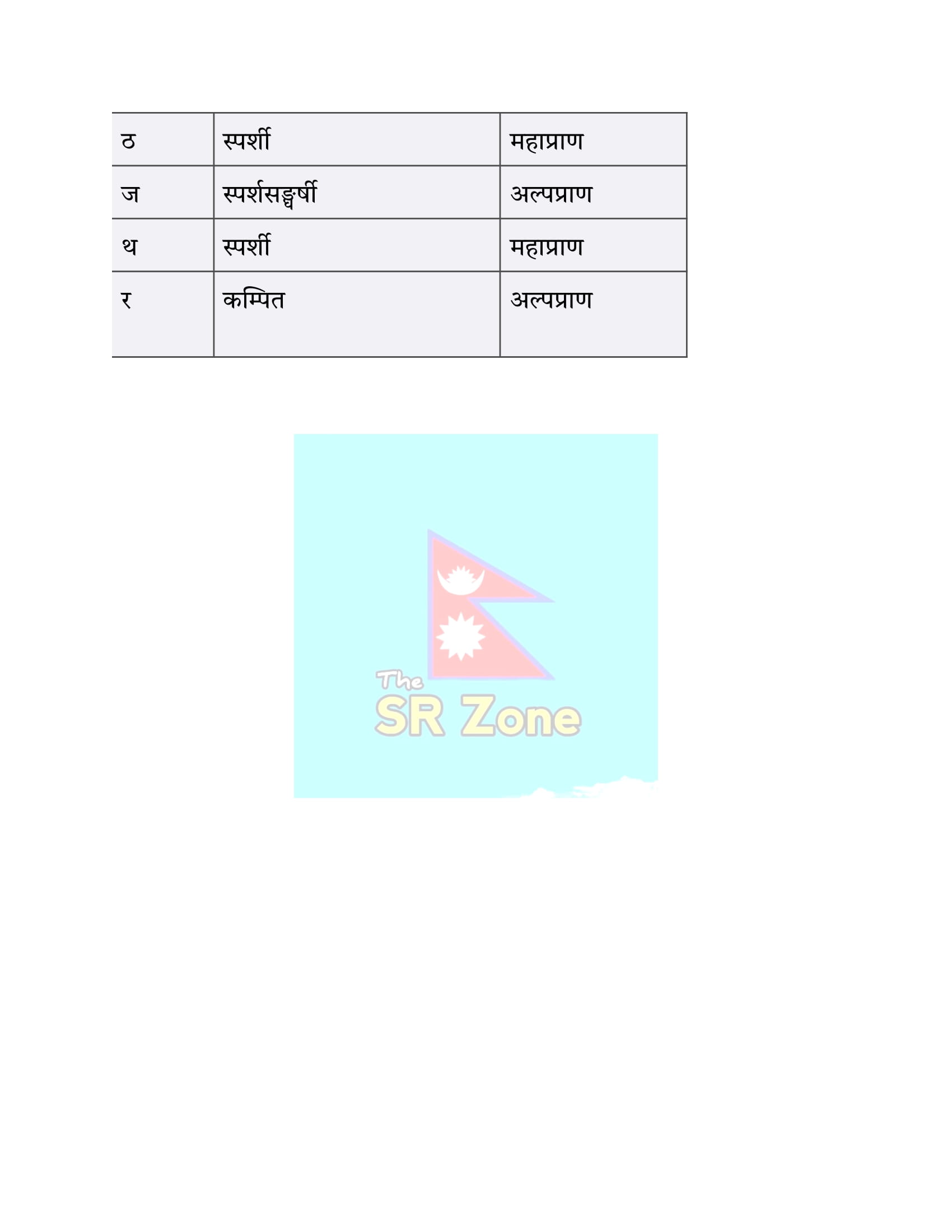 Now is the time to stop looking for Class 11 Nepali Notes of Chapter 1 Exercise- Bir Purkha Poem Exercise Notes.
You will receive HD Notes of the Bir Purkha Poem today. The answers are written by me in very basic and easy language because Nepali can be really frustrating to understand when harder words are used.

"Bir Purkha" is a nepali translation of english phrase "The Great Ancestors". The Bir Purkha poem, written by Basudev Tripathi, praises our great ancestors who always fought for the nation's welfare. Here is the Bir Purkha exercise solution.

The great patriotic grandchildren of Nepalese mothers are honored in the Bir Purkha poem for their sacrifices, penances, and hardships in making Nepal known to the world as the nation of brave Gurkha soldiers. At the national level, the open expression of Nepali soldiers' heroism has been praised.

Prithvi Narayan Shah was a symbol of Nepal's unity. To make Nepal bigger, Tista and Rabi in the east and west started to expand their borders. The Nepalese national flag was buried all the way up to Kangda. During the Nepalese-British conflict at Khalang of Nalapani, the heroic forefathers Amar Singh Thapa, Bhakti Thapa, Balbhadra Kumar, and others displayed unwavering heroism and courage that has been immortalized in gold letters on the golden page of history ever since.

The indomitable courage shown by the heroic ancestors in attacking the enemy's fort and fighting in front of the enemy could not be stopped by any force in the world.

The heroic forefathers' storming speed was unstoppable by any mountain, river, or storm. The Gorkhali bowed in respect to the heroes because no force in the world could match the heroic ancestors' unshakable bravery.

No force of the sky or power of the planet could control the valiant warrior Gorkhali's speed. From East Tista to West Kangda, the poet believes the brave forefathers succeeded in constructing a lovely, peaceful, huge country.

Tista may weep, recalling the courageous Gorkhalis, with brilliant eyes experiencing the pain of being apart from Nepal. Tista may be crying recalling Gorkhali's inability to be proud of herself. Even today, she (Tista) may have cried for the circumstances of Gorkhali. During the state's expansion, Nepali heroes were killed or wounded in combat at the western fort Kangada. The river Raabi may be washing away thier blood even now.

The poem praises the brave Gorkhalis of western fort Kangda and Kala (Khalda) for their bravery and valor. Gorkhali's everlasting stamp is imprinted on the soil, therefore the land there belongs to the brave forefathers. Probably praising God. The Gada river, which originates in the himalayas, may be singing the brave forefathers' praises.

The Ravi and Gada rivers, among other things, remind us of the brave Gorkhali grandsons. After Prithvi Narayan Shah, the campaigner for Nepal Unification, died, the movement to expand the boundaries of the state of Nepal continued.

The brave forefathers who battled with indomitable spirit and courage throughout the war between Nepal and the British were forced to surrender when the Nepalese boundary was expanded from Tista to Kangda. The Treaty of Sugauli cost Nepal a third of its land in 1872. Nepalis' self-esteem was seriously harmed. Similarly The brave Nepali forefathers battled in the northern Bhotibibti area about 1882.

During the expansion of Nepal's frontiers, courageous forefathers approached Tibet's Digarcha and conquered it. It is possible that the ancestor's tracks are still in the icy snow. The Gurkha warriors may have left their mark on the river Betravati when they fought Tibet on its banks. However, they had to surrender land they had gained by treaty or agreement, which was never a loss, even if it was a war. The poet said he would never suffer under the Sugauli Treaty.

No power could halt our brave forefathers' footsteps, which were as swift as a mountain glacier. Stopping it was as futile as the enemy's daydream. We, the descendants of Bir Gorkhali, spilt their blood. Our ancestors' courage and heroism is saving us.

We Nepalis are still chanting the national hymn by integrating the country and identity.