Unit 5
Giving Advice and Warnings
A letter to Kunsang

a. Who has written the letter?
→ Manisha has written the letter.
b. Who is the letter addressed to?
→ The letter is addressed to Kunsang.
c. Where does Kunsang want to go?
→ Kunsang wants to go to the biggest metropolitan city of Nepal.
d. Why does Kunsang want to leave his village?
→ Kunsang wants to leave his village to find a job in the biggest metropolitan city of Nepal.
e. Why does Manisha want her nephew to give it a second thought?
→ Manisha wants her nephew to give it a second thought because he is making a decision in a hurry.
f. What suggestions did Manisha give Kunsang? Make a list.
→ 1. You should complete your studies first.
2. You shouldn’t ignore your parent’s support and education.
3. You and I really should have a serious talk together.
g. Do you like Kunsang’s idea of stopping his studies? Why? Why not? Explain.
→ No, I am not in agreement with his plan. Prior to moving to a big city, he should finish off his schooling since it is tough to get a job in the metropolis without a college degree. 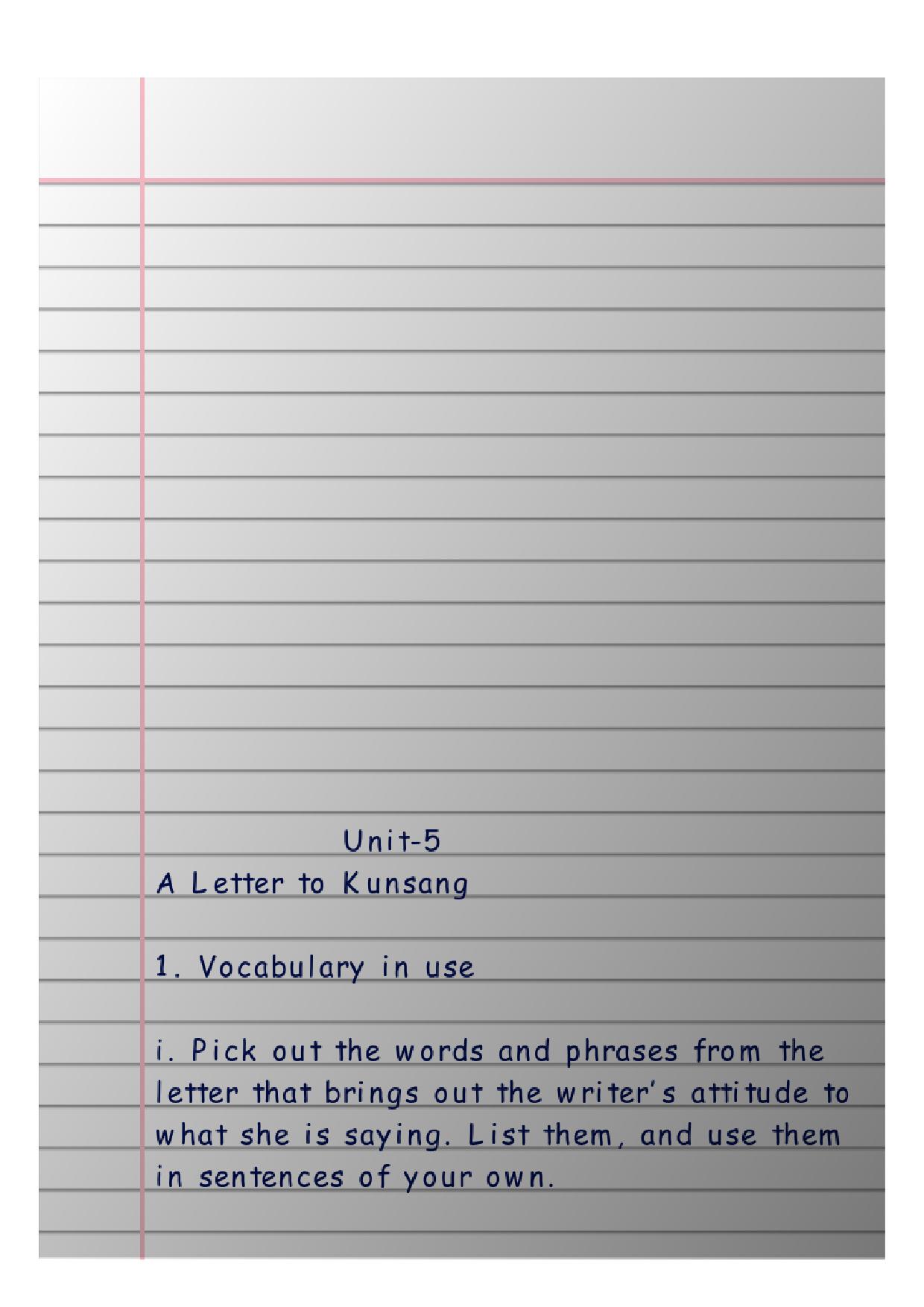 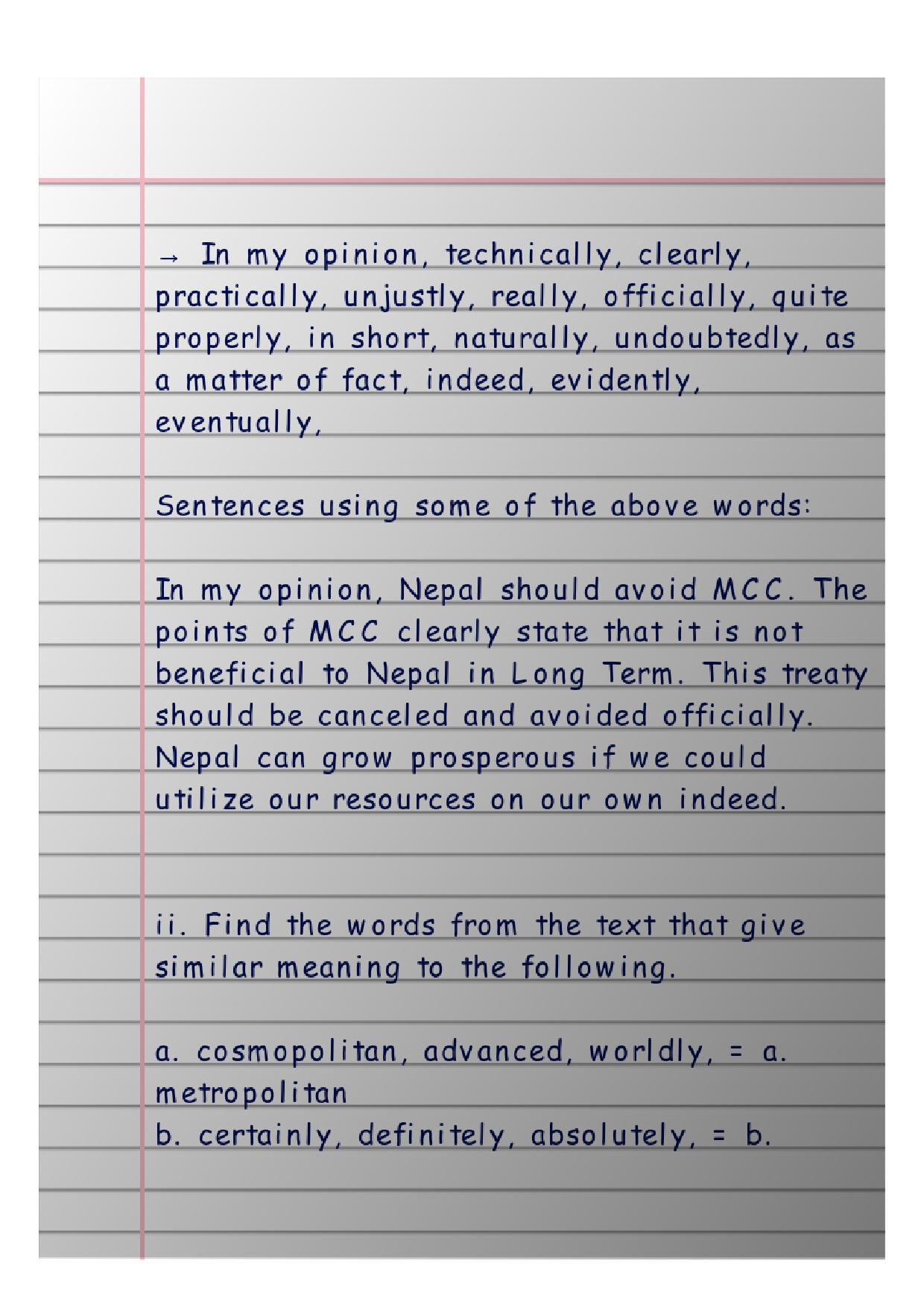 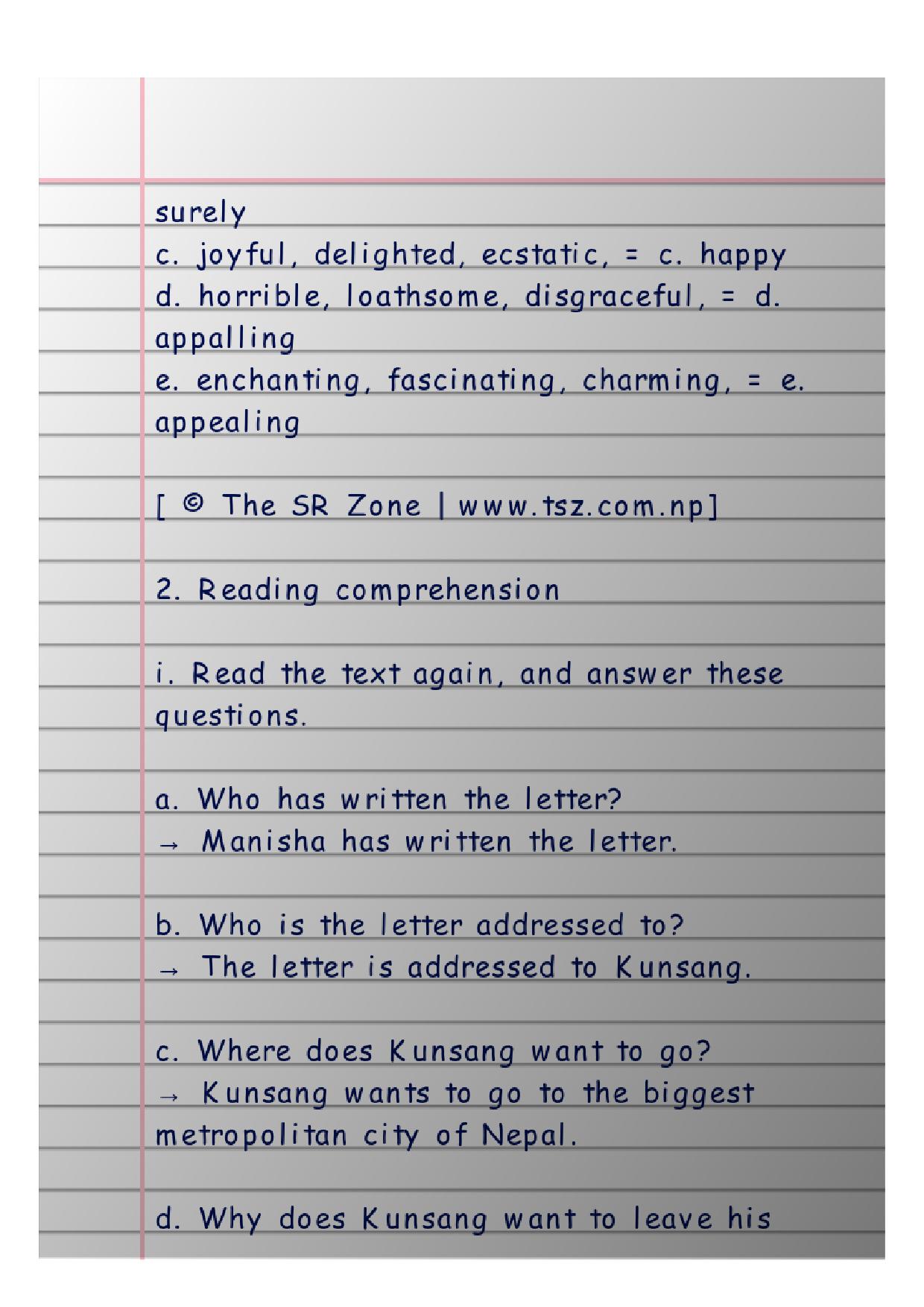 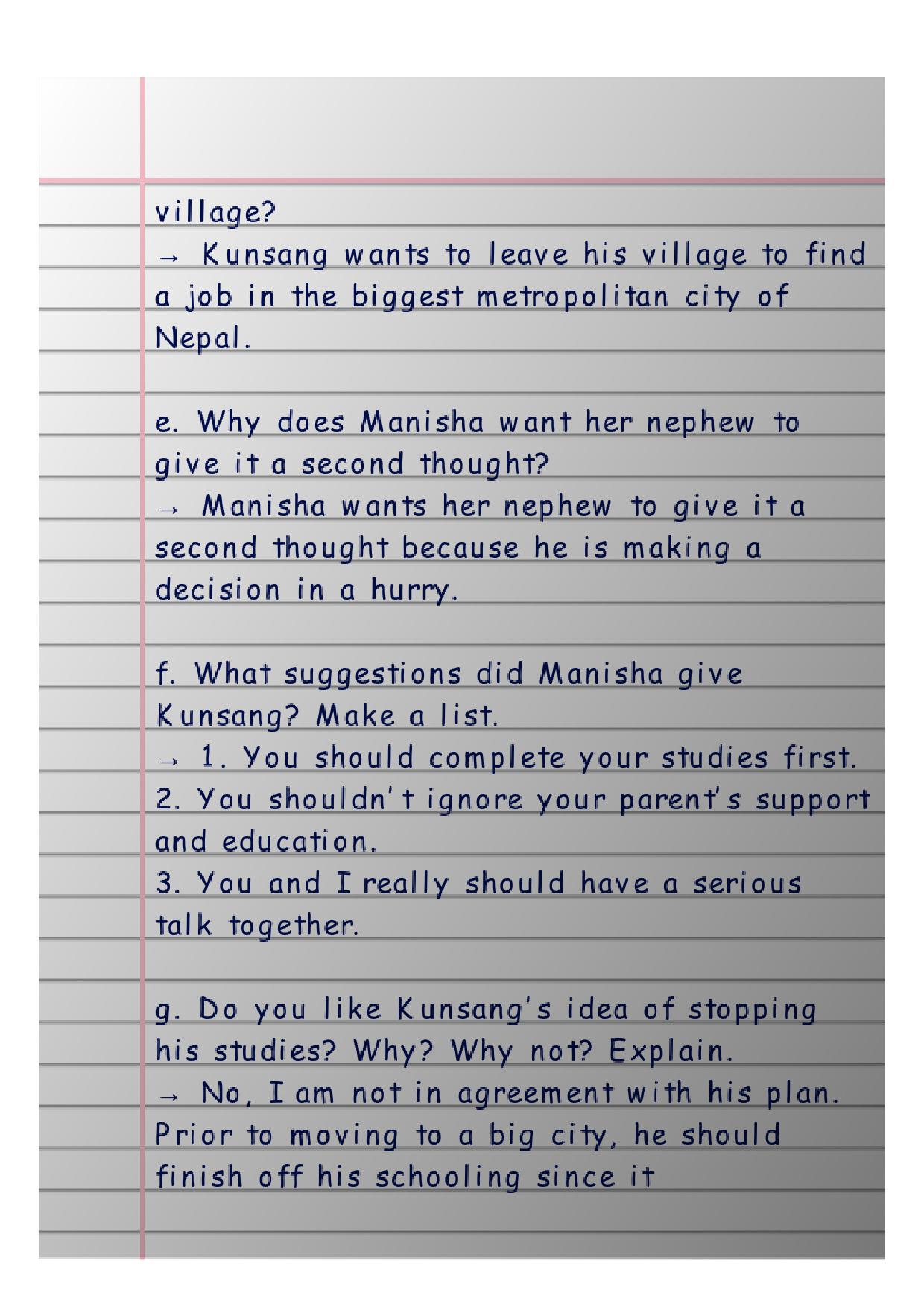 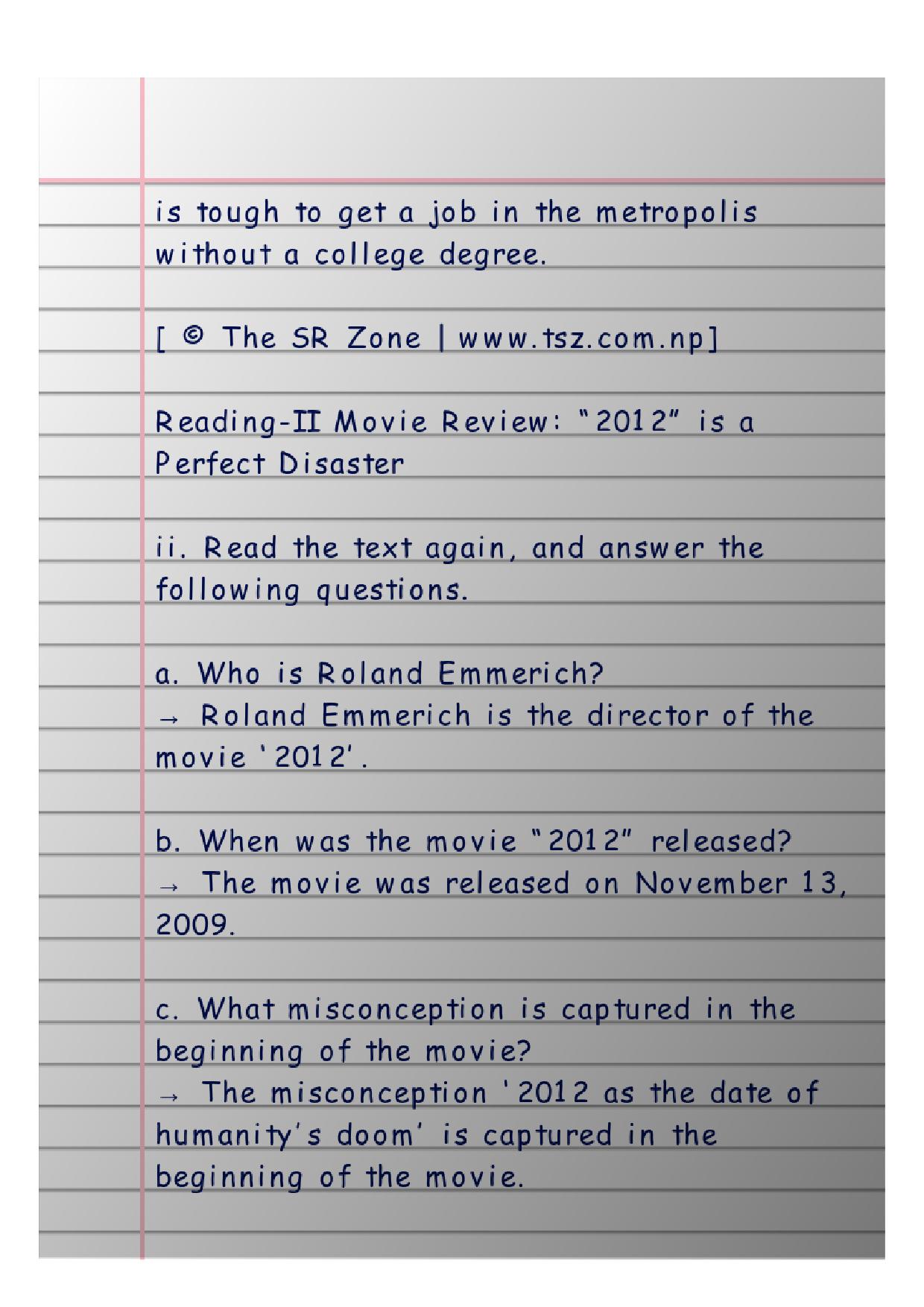 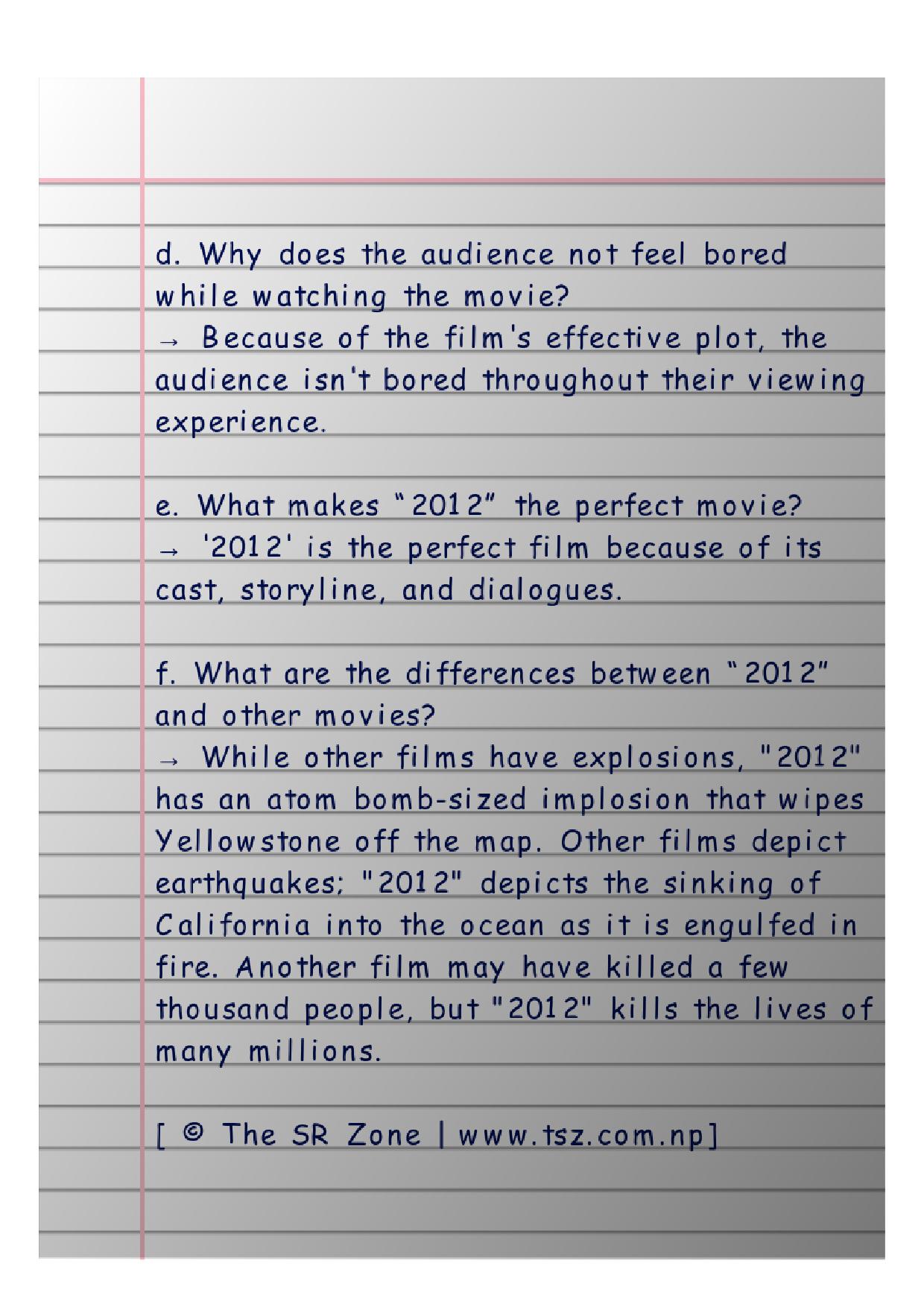 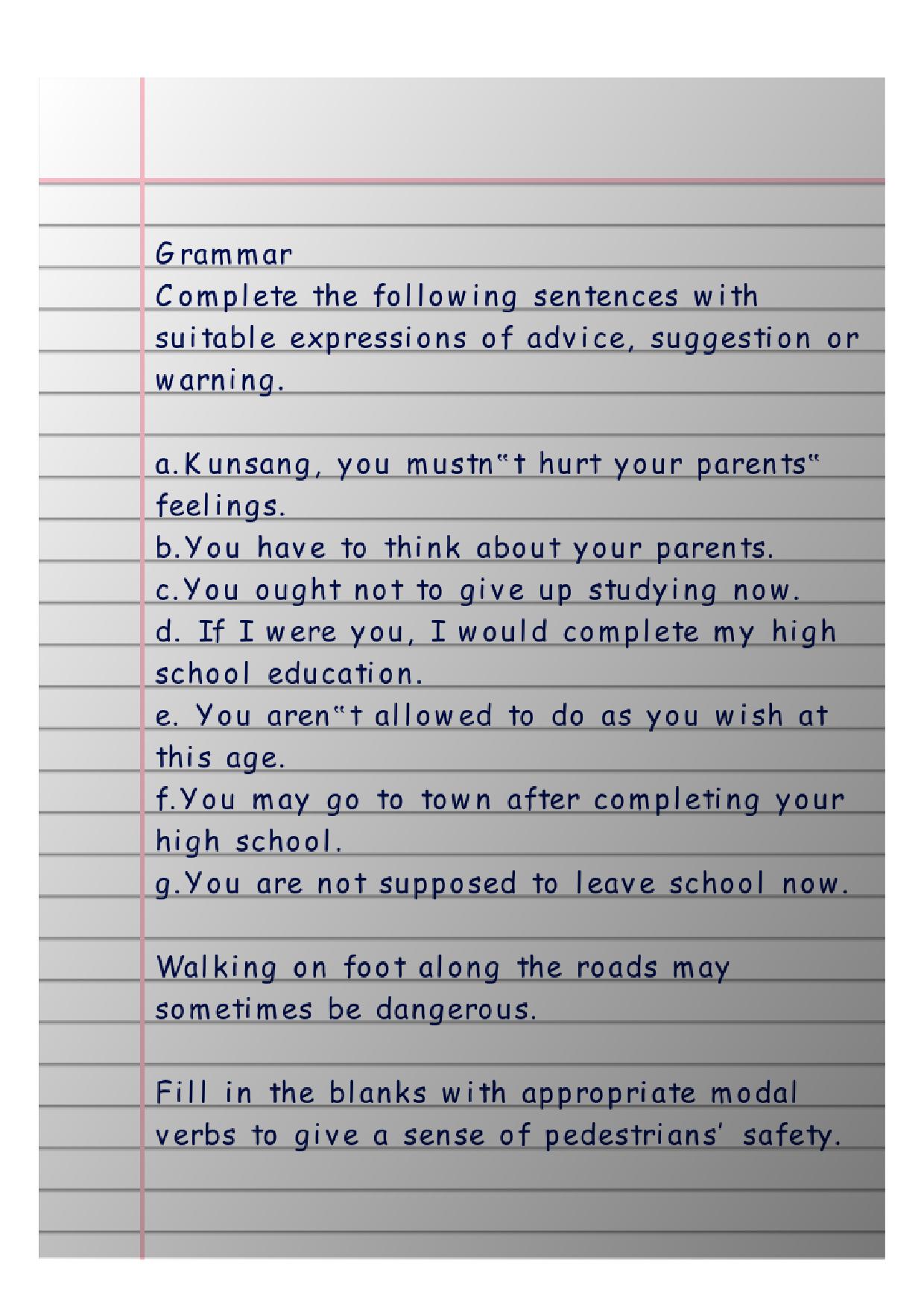 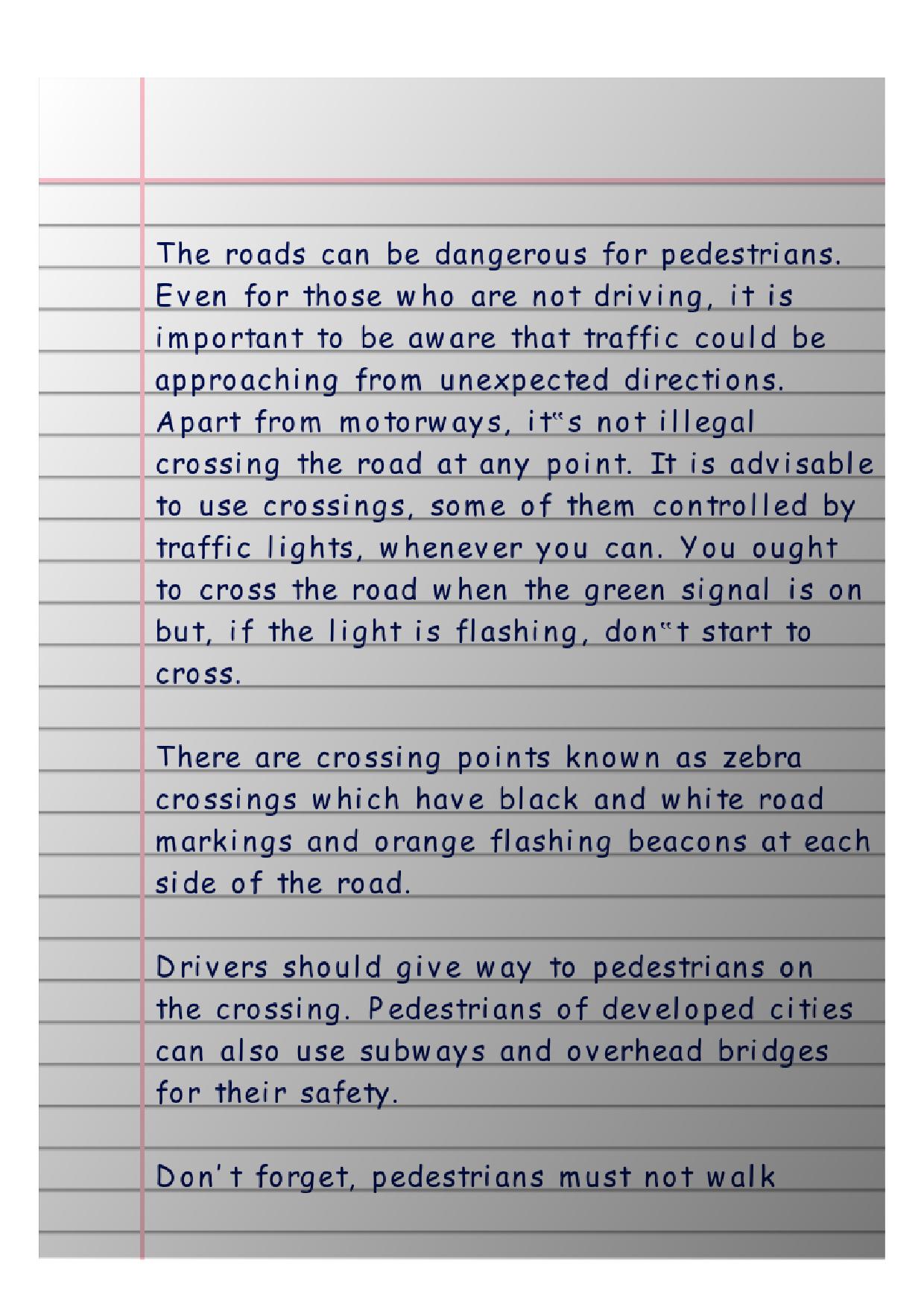 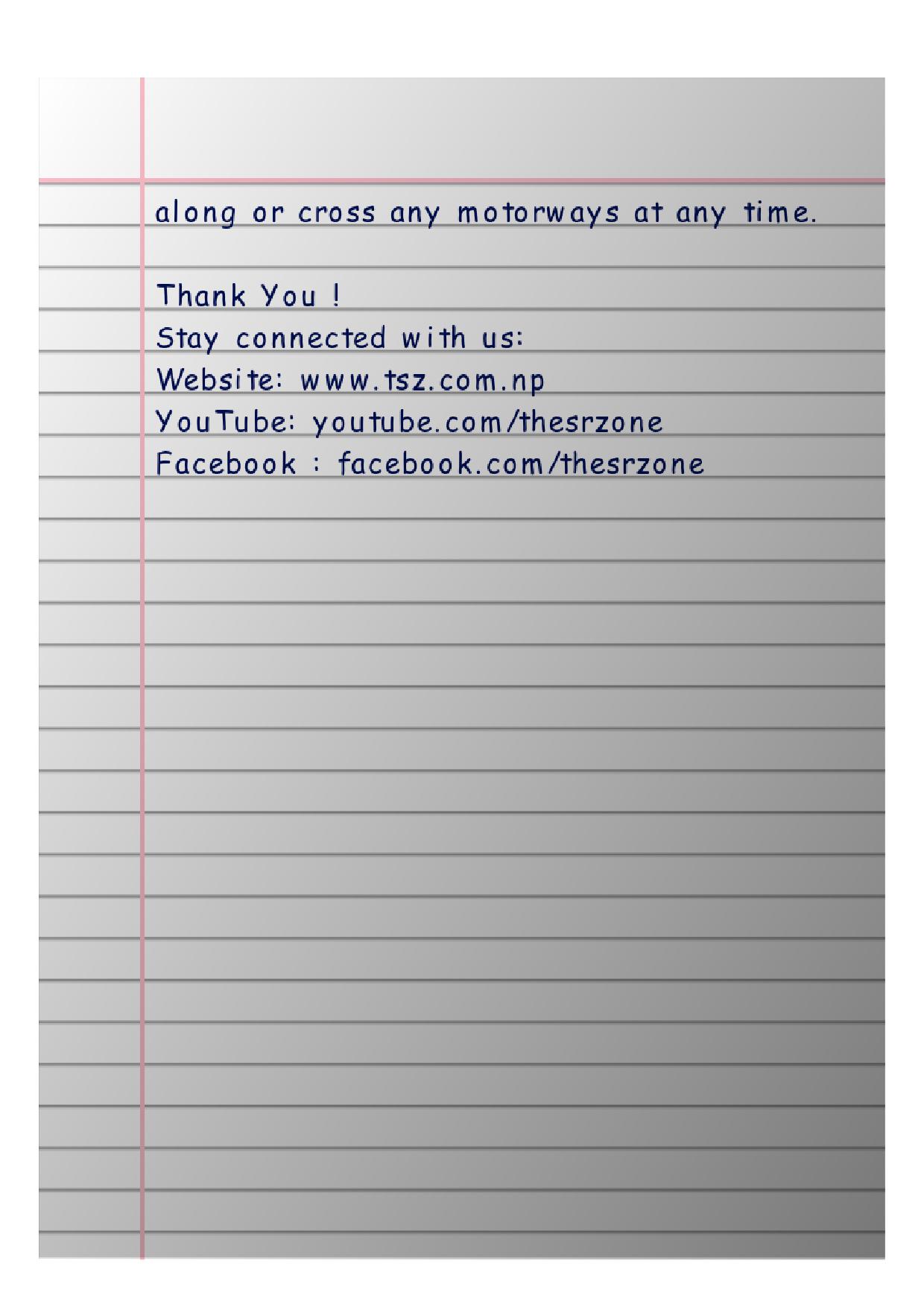