Answer the following questions:
a. What do you mean by human trafficking?
→ Human trafficking is the illegal trade of people for things like forced labor, taking organs or tissue from them, and so on.
b. Who is prone to trafficking?
→ Ethnic minorities, people who can't read or write, people who have little education, people who have fled their homes, people who are illegal immigrants, children who run away from home, people who have been forced to marry, people who have been abandoned, and people who have been discriminated against are all at risk of being trafficked.
c. How do traffickers victimize the targeted people?
→ Human traffickers lure targeted people with cash and loans.They also lure them with promises of better jobs, high-paying jobs in cities, false marriages and proposals, easy money, the dream of a better life and other things.
d. Human trafficking is another form of slavery. Do you agree or disagree? Explain why.
→ Certainly, human trafficking falls under the category of slavery. In most cases, the victims are forced into slavery-like practices and kept in a prison-like setting. They can be abused both physically and sexually. There is no time off or fun for them. They don't go to the doctor when they get sick. They are either paid less or not at all.
e. ‘Unlike common people, victims’ life is different.’ Justify it with an example.
→ Common people have their own way of life, while the victims are compelled to live according to the wishes of others. In the case of a domestic worker, for example, the master's wishes must be followed. He or she does not have the freedom to do what he or she desires. 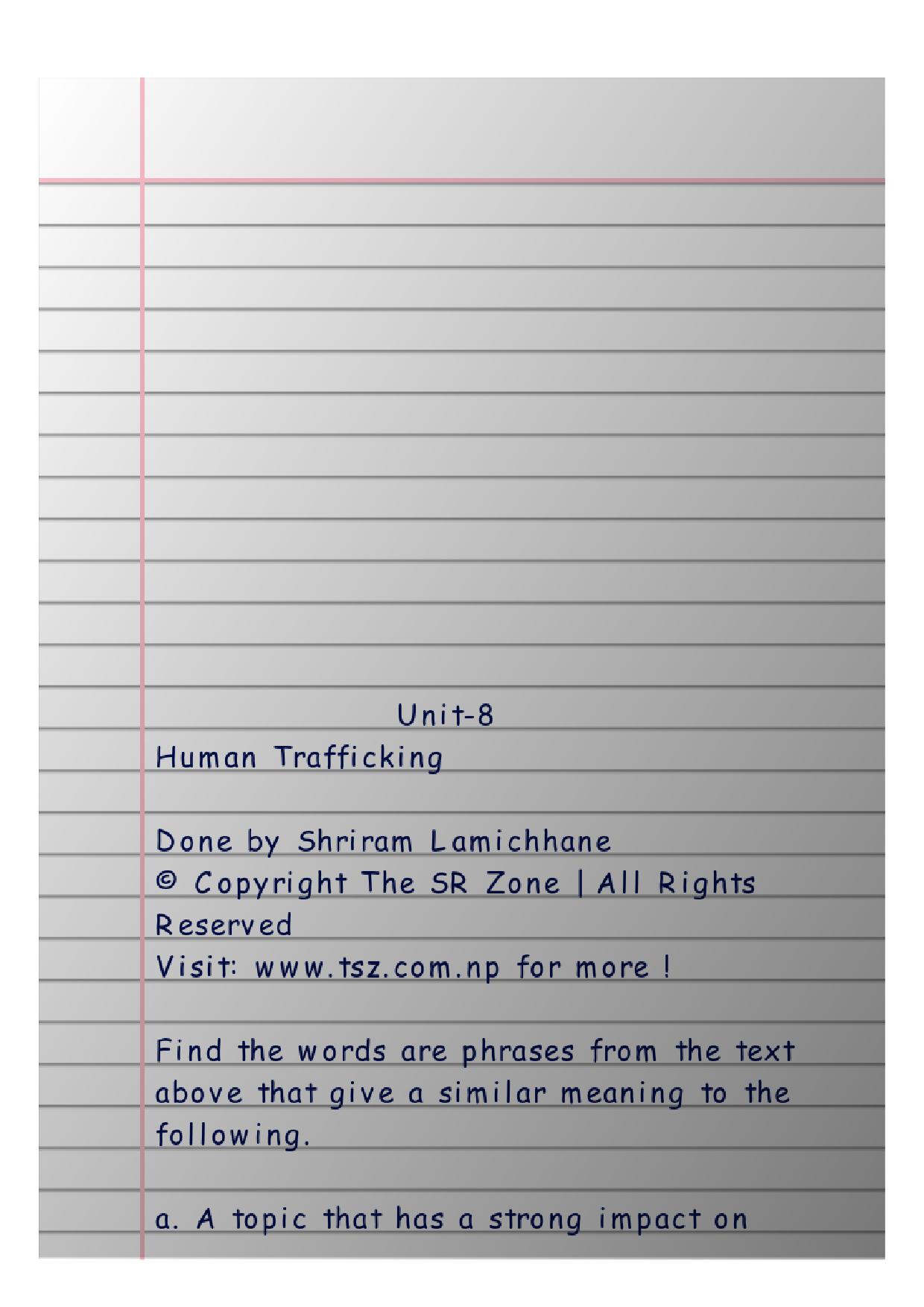 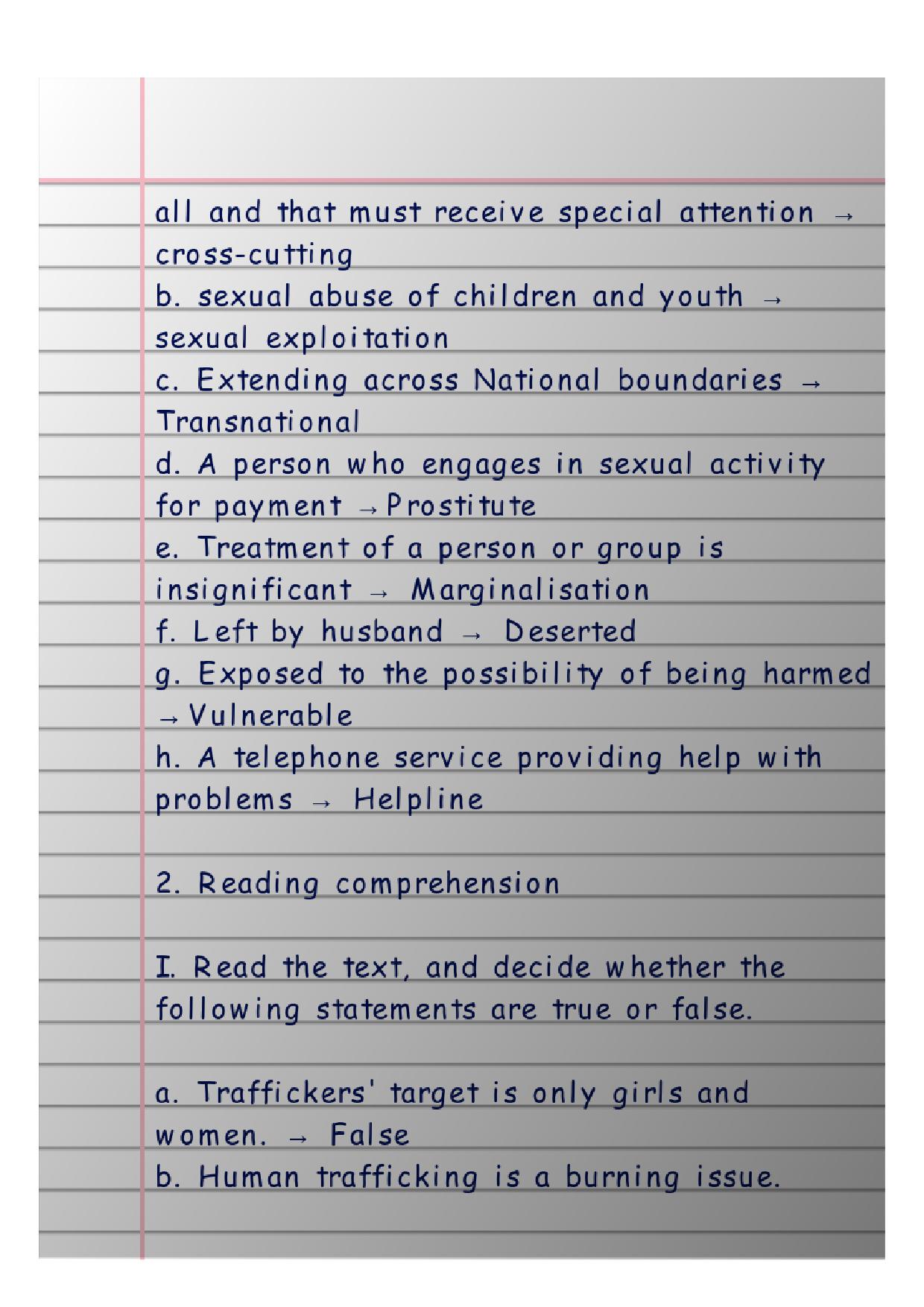 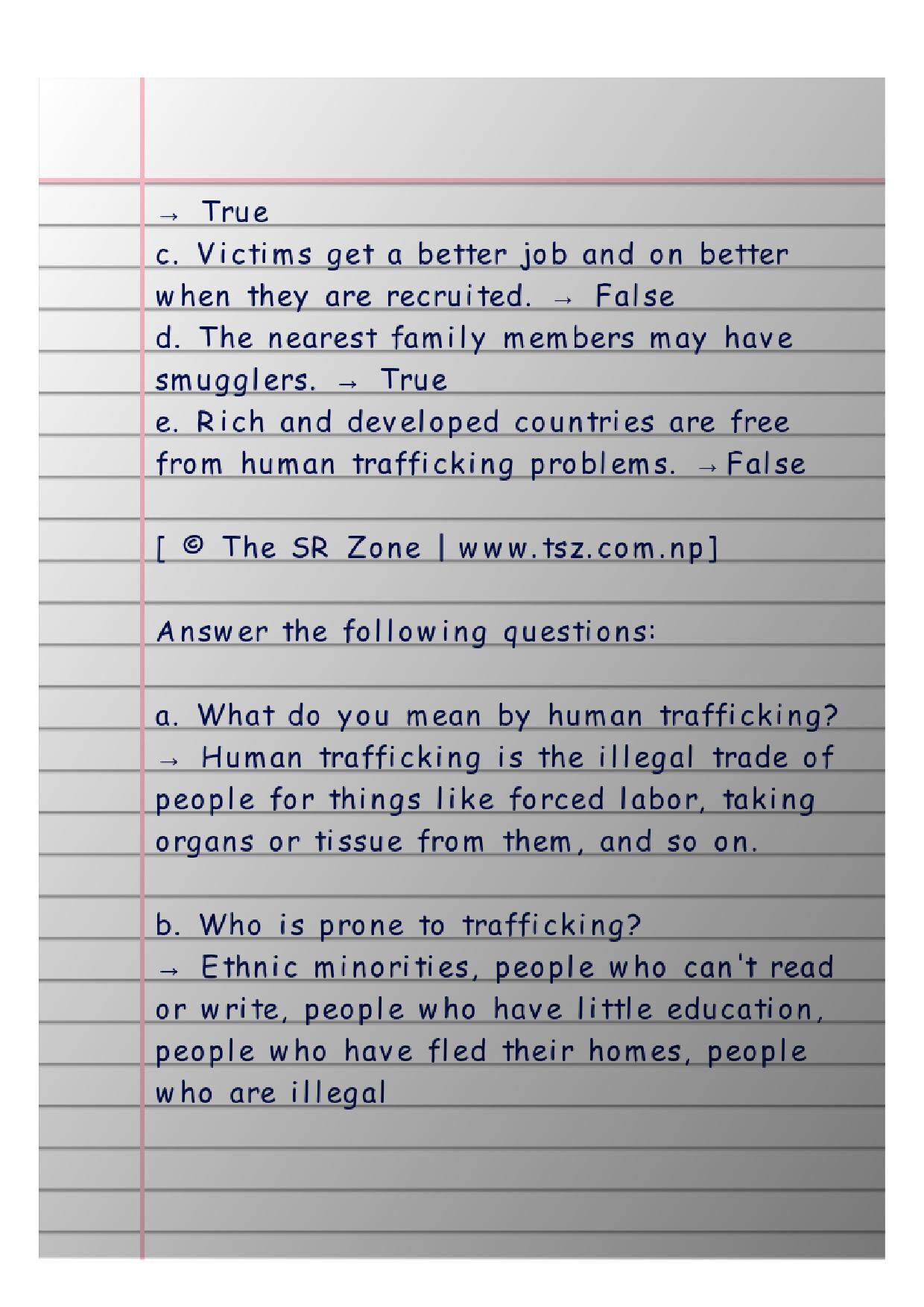 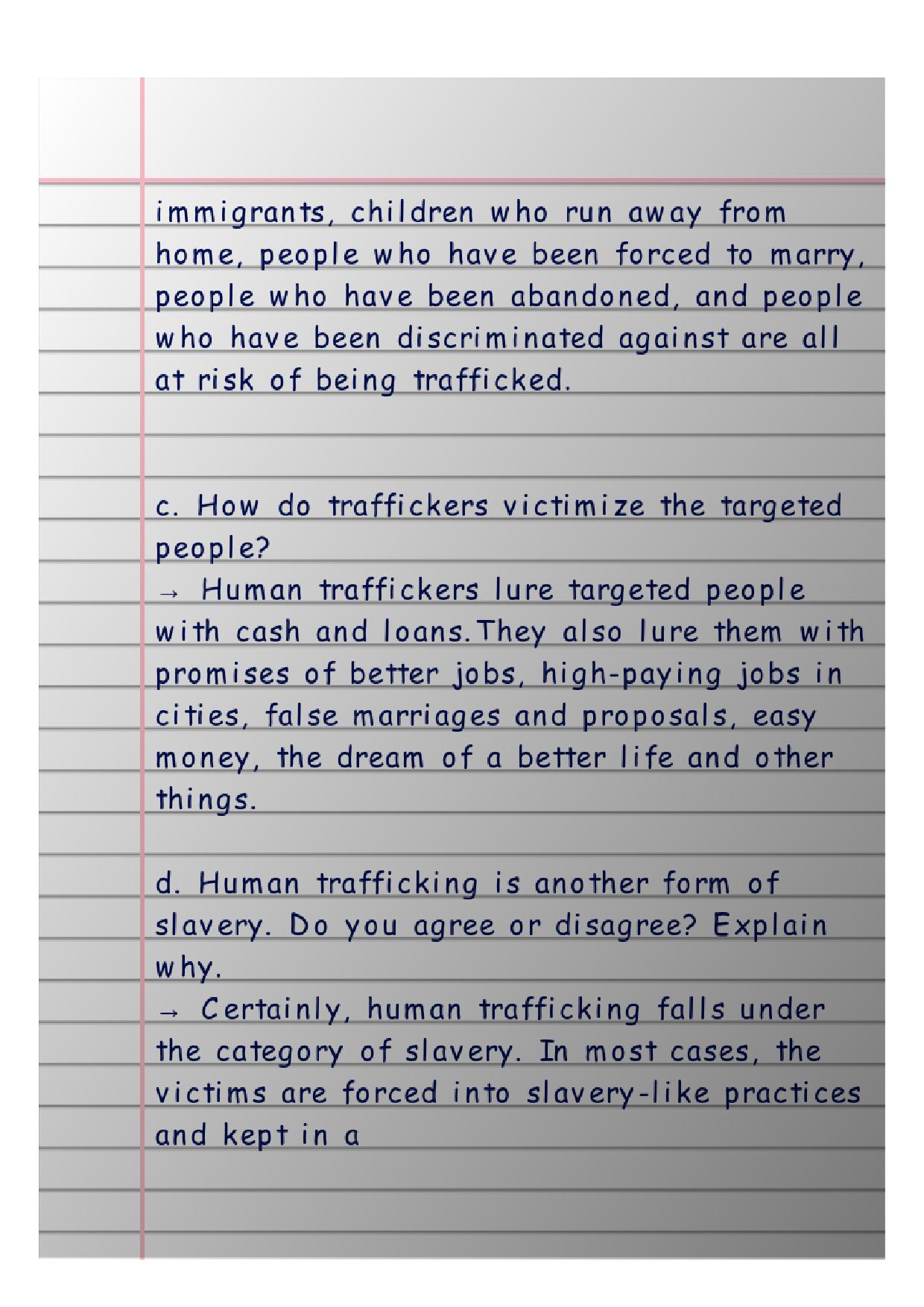 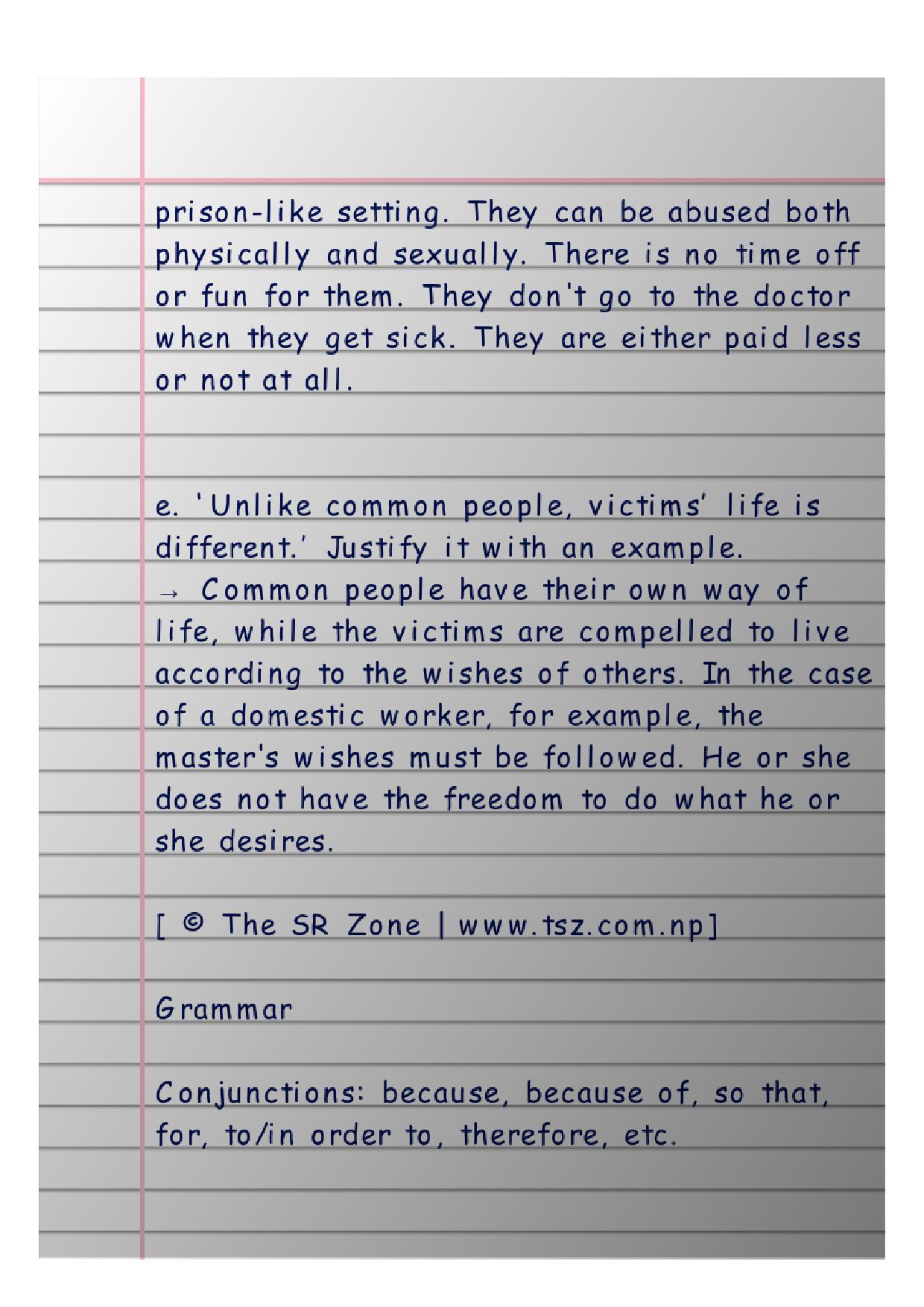 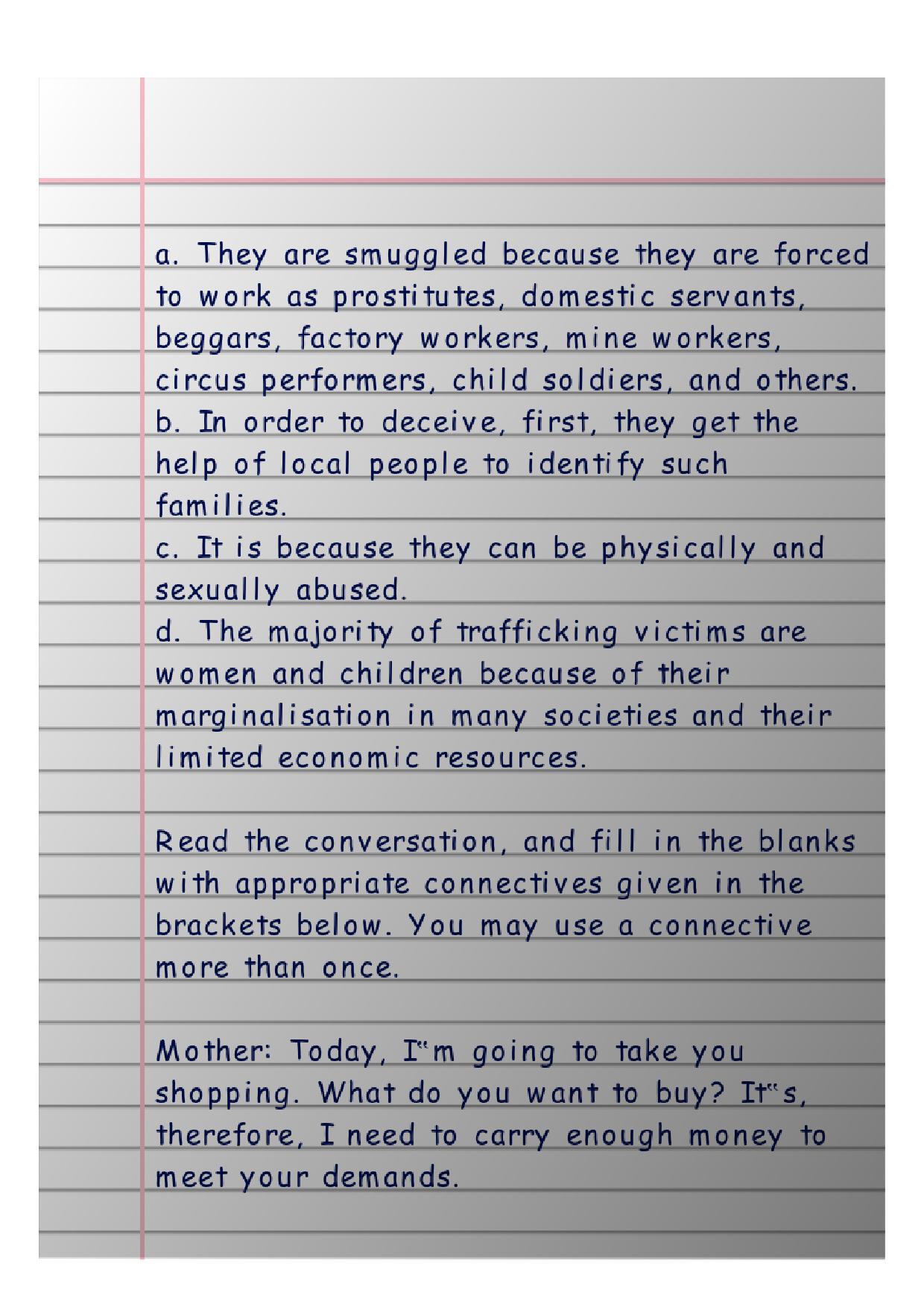 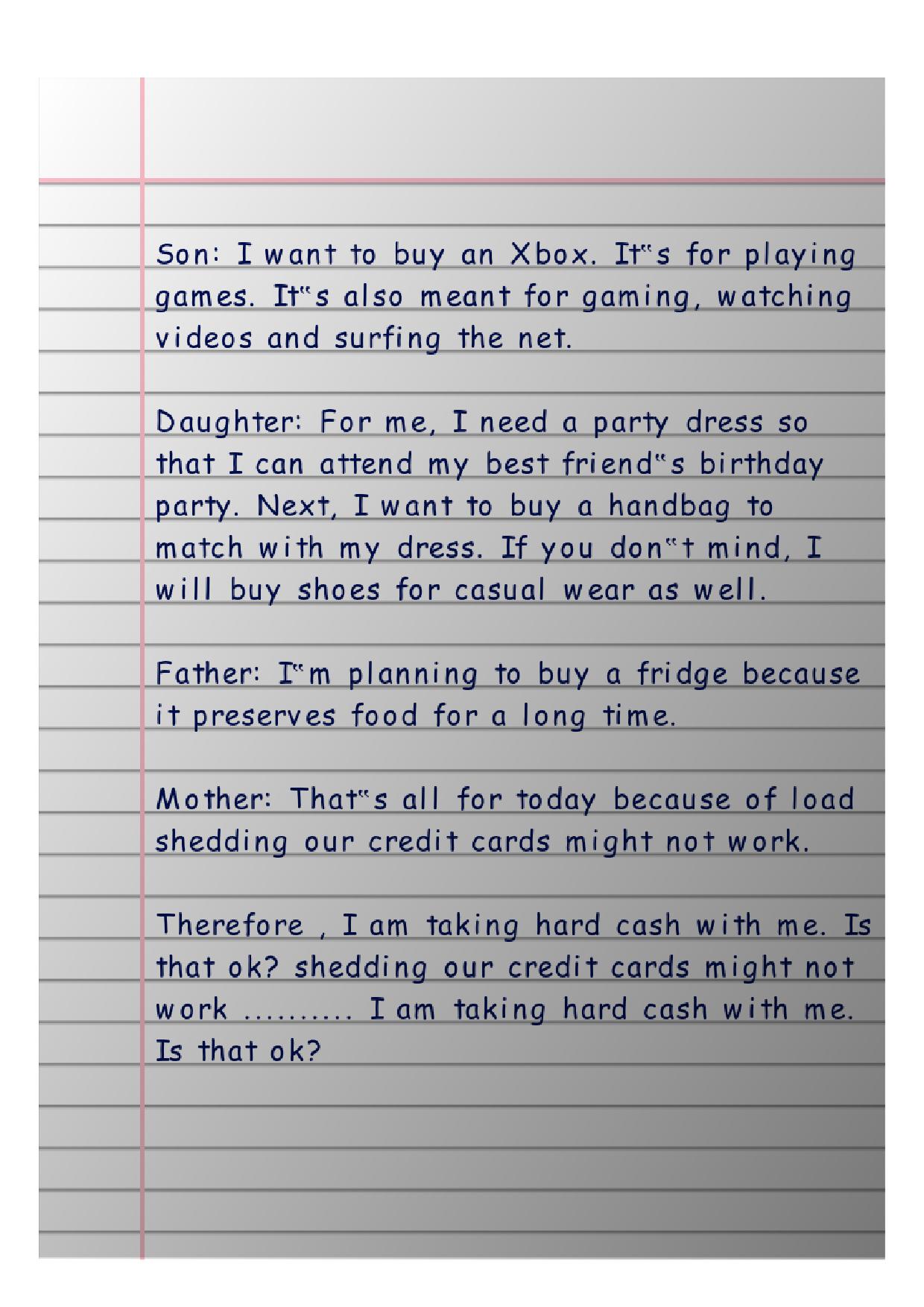 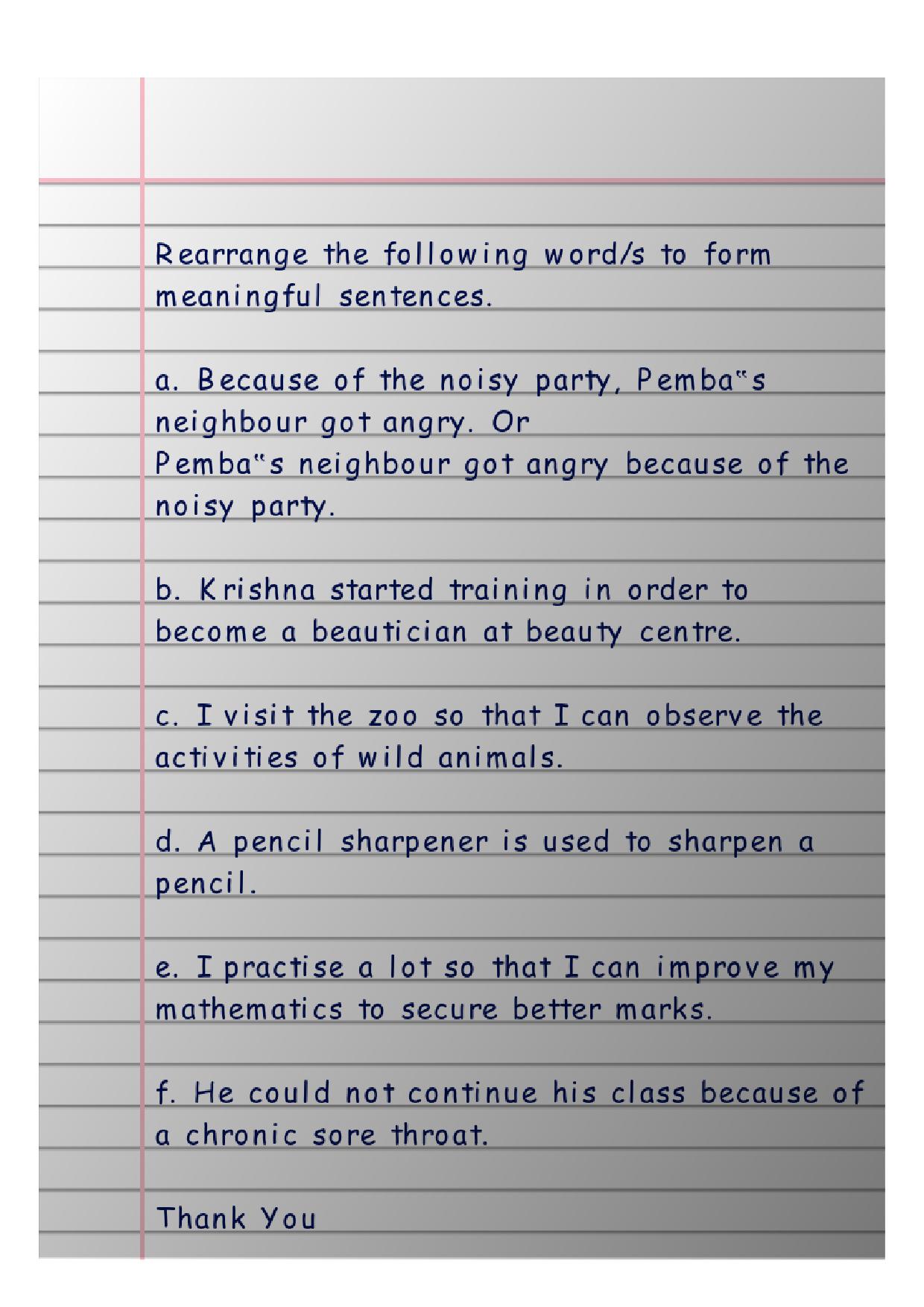 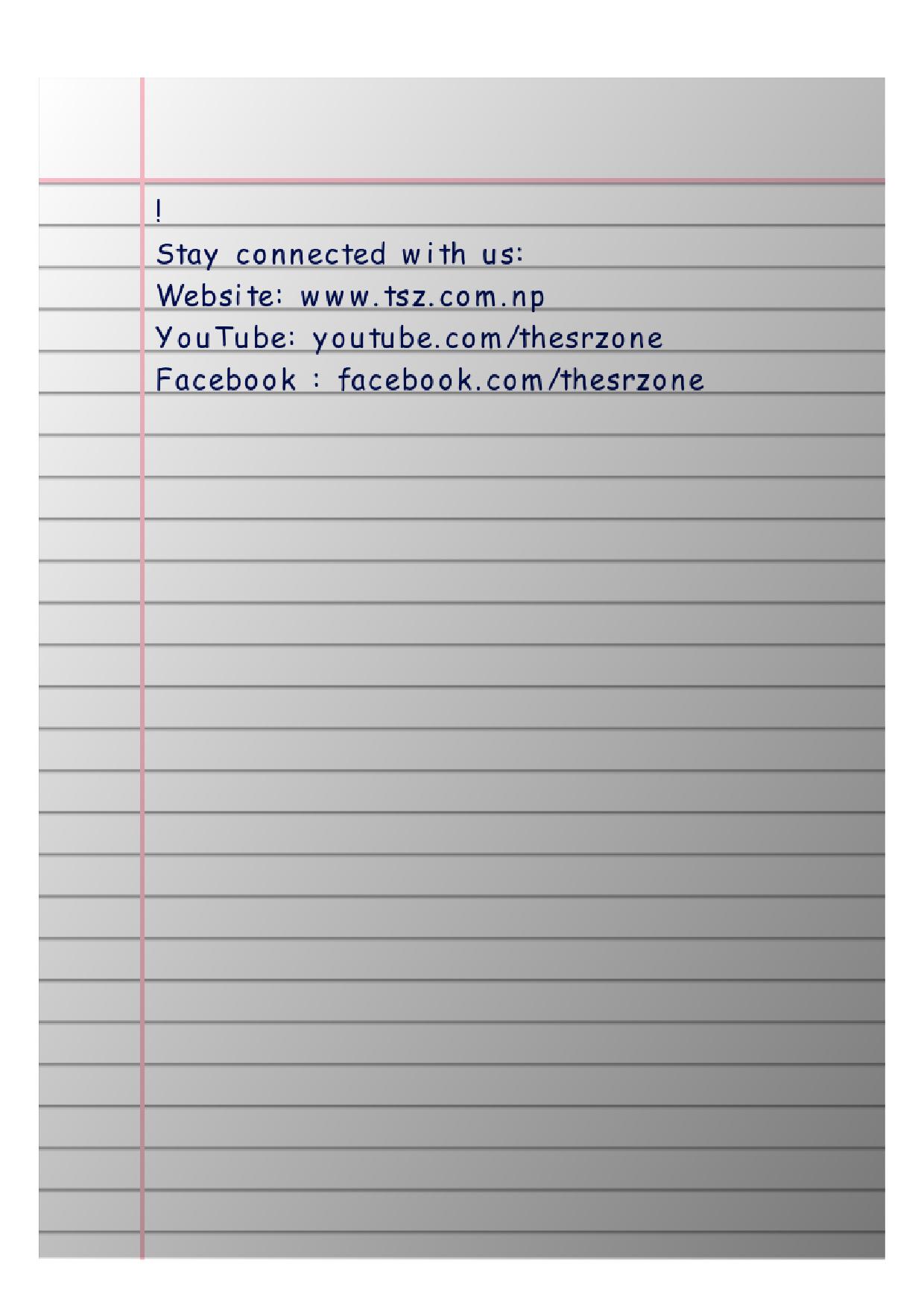